Four mods about the Angel of Death and his twisted, inhuman flunkies. Can you face Evil itself and still come out victorious? I mean, you already did in Spear of Destiny, so why not now?

There is a certain saying in my language that I have found no direct equivalent of in English, but it roughly implies that happy people pay little heed to passage of time. I can't remember how many days it was since the last post, so I must be a really happy person. Or maybe it's all a giant lie. Either way, it's been enough time for me to get going and port some more mods - to be specific, all four instalments of a rather obscure quadrilogy. Let's take a peek then... 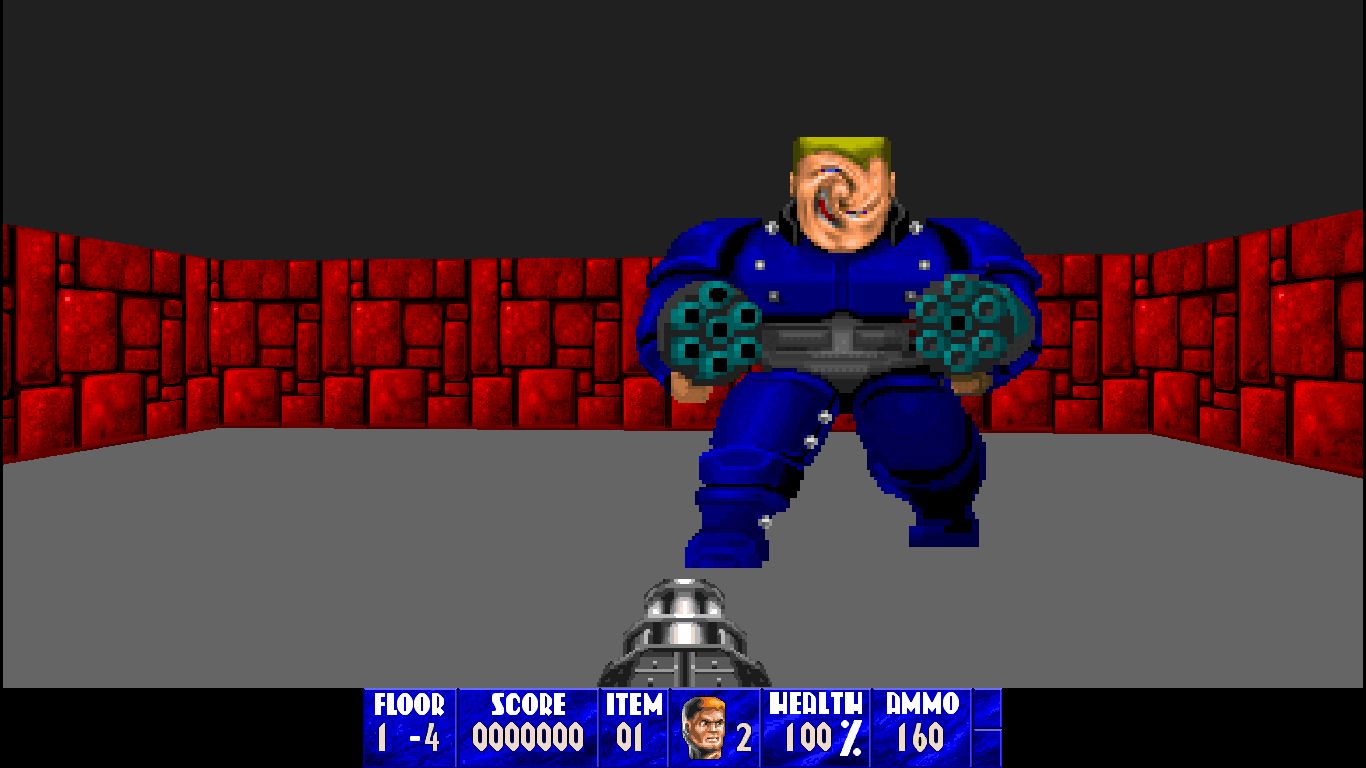 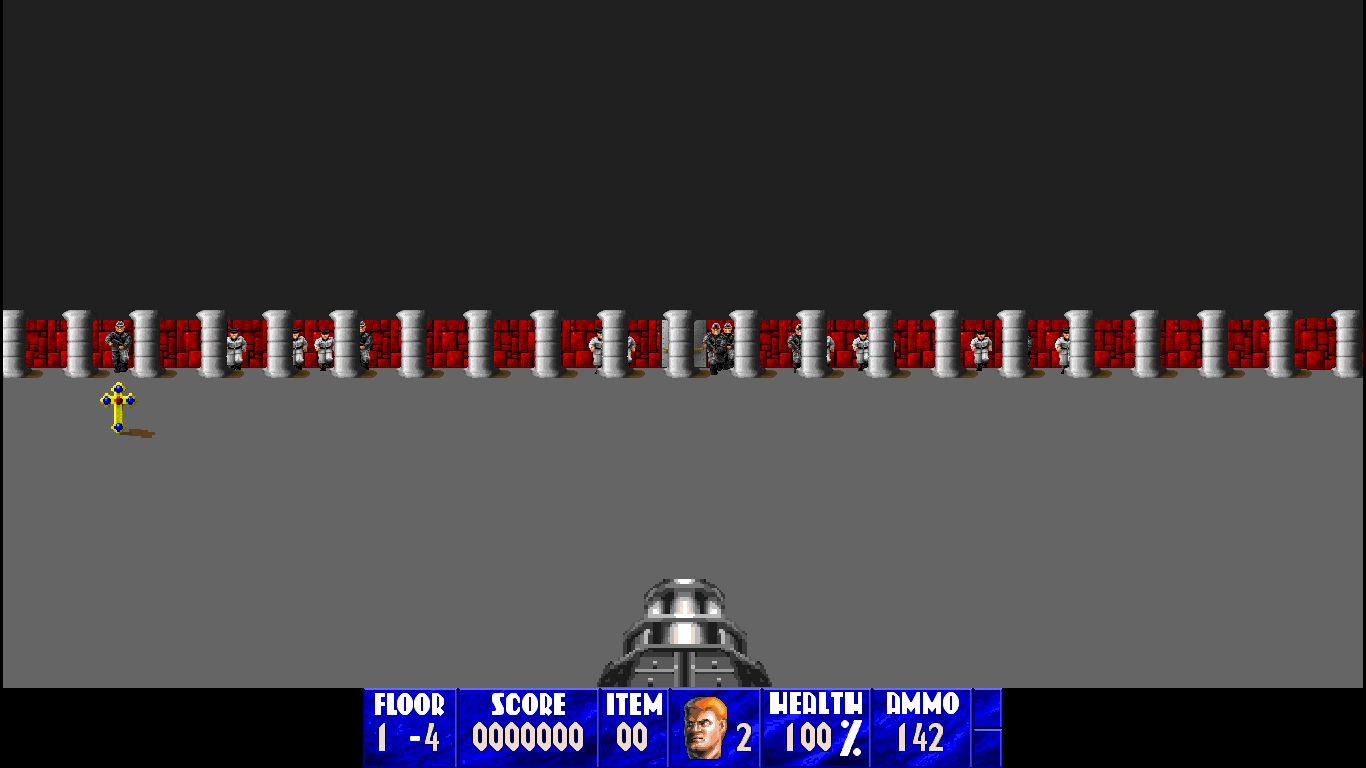 In lieu of documentation telling us the official name, I'm going to call this one the Angel of Death Quadrilogy. It consists of four (you don't say) parts, which are labelled as follows:

They are all for the Third Encounter. Other than the gradually diminishing number of maps, they also feature a whole bunch of new graphics - object and enemy sprites, wall textures - although said resources tend to repeat themselves a lot between parts. You also get new title and intermission screens in some parts, but not in others. It's all a tad inconsistent in some ways, but the replacemet graphics are fairly interesting overall. Expect some real headscratchers.

Who made the mods? What's the story? I don't know. I wasn't kidding when I mentioned a lack of documentation. There's nothing, absolutely nothing to work with, beyond scenario names and what we see in-game. Come to think of it, that should be enough! A smart person should easily be able to deduce the storyline and setting with this data on hand. But I don't know any smart people, so you're stuck with me. Outside of the "Angel of Death" naming theme, we can also find many visual clues. Many enemies have something unusual about them - they're distorted, surrounded by some aura or exhibiting other supernatural properties. There's also a couple new inhuman bosses, although those will already be familiar to Spear Lost Episodes players. Decoration is bleak and most new walls are grey or red, giving off a rather hellish vibe. So all in all, the eponymous Angel seems to be leading some sort of extradimensional invasion, bringing along some pretty ugly flunkies. Stop them or suffer unspecified consequences. And don't worry, Hitler's in there too. 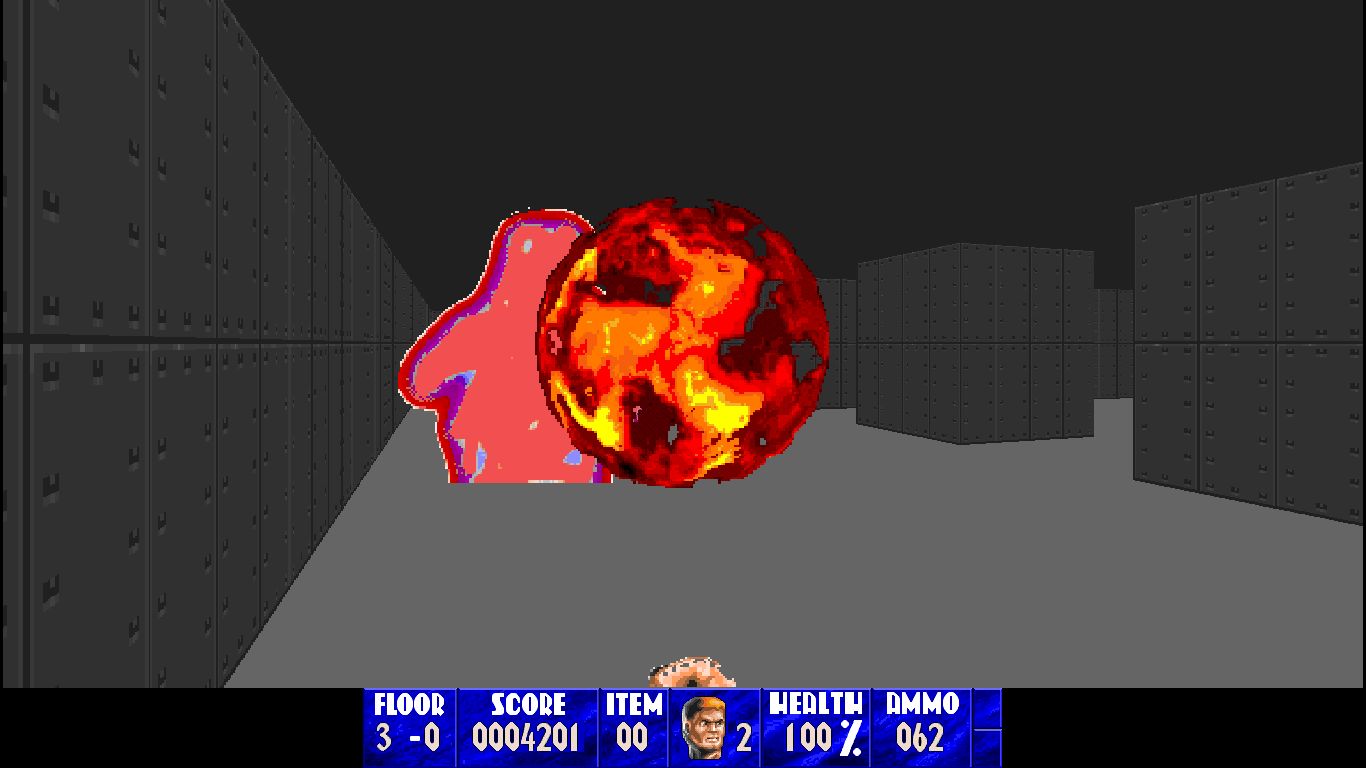 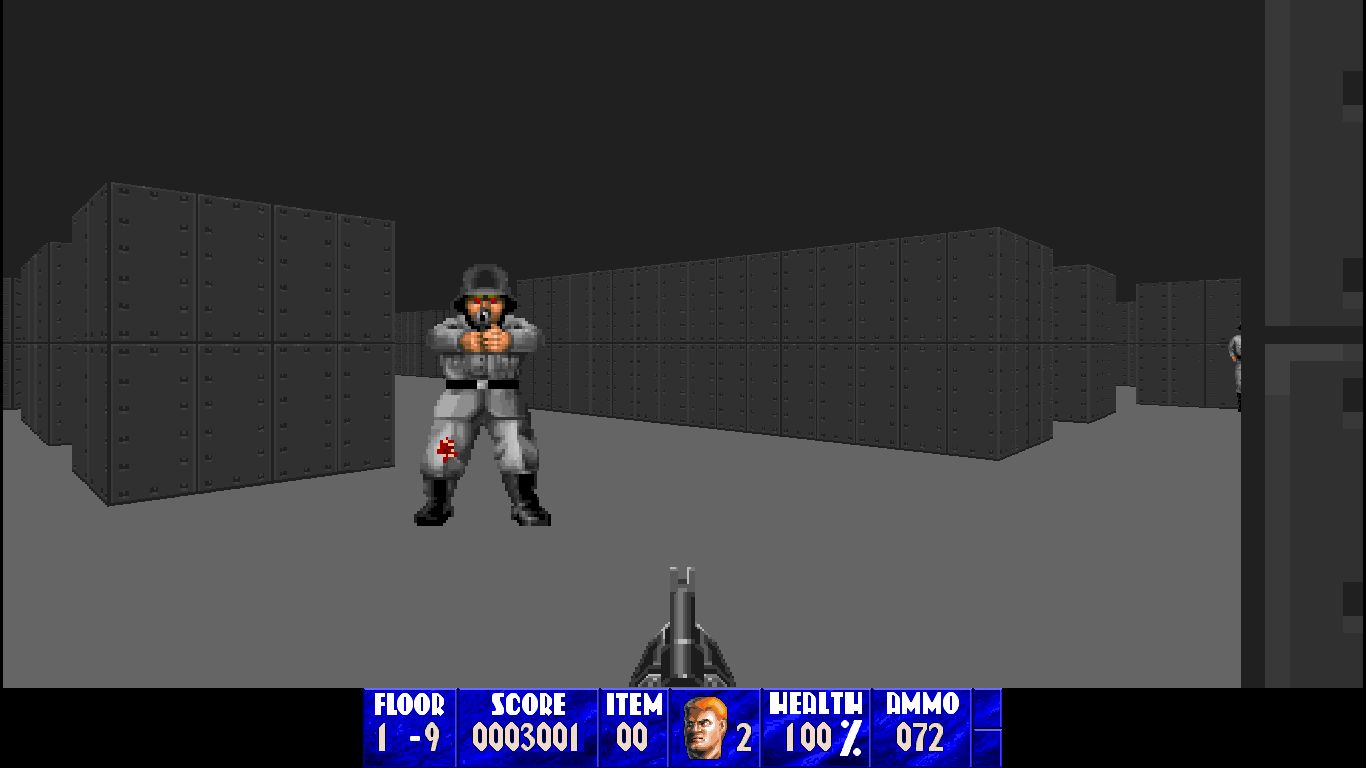 But even the most beautiful mod is nothing without its maps and this is the area where I feel forced to heave and toss some subjective criticism. There is a looming suspicion that the development of this quadrilogy was a long process that eventually sucked the author's creative juices dry. You can see that not only in the steep decrease of map numbers per part (which of course is not bad by itself), but especially in the type of mapping on hand. While the first part does a decent job to mix things up for the most part, over time you'll be seeing more and more maps that are just a random assortment of simple, squarish rooms full of enemies. This is especially apparent in part 4, a small and generally simplistic affair. Decorative objects are very rare, which is a shame because the new ones are pretty good, yet end up underused. There's also an overload of enemy guards, but at this point it's clear that this is what the Mac audience really wanted, so let's count it as a good thing.

The most inexplicable thing though is that six of those maps appeared to be unbeatable. As usual in these circumstances, I need to state the caveat that I'm still new to the Mac scene, so maybe I'm missing some Mac-native tricks, or otherwise glancing over something obvious. But I found no way to complete six maps spread over all four episodes, which is pretty suboptimal. So it was time for divine intervention. I took the extreme measure of fixing said maps. Changes are as minimal as possible and limited to things like adding a key, replacing a gold/silver door with the opposite type, or removing a wall blocking the exit. I think that's the lesser evil. If you can finger my glaring oversights and school me on how these maps can be completed without any changes, I'm all ears. 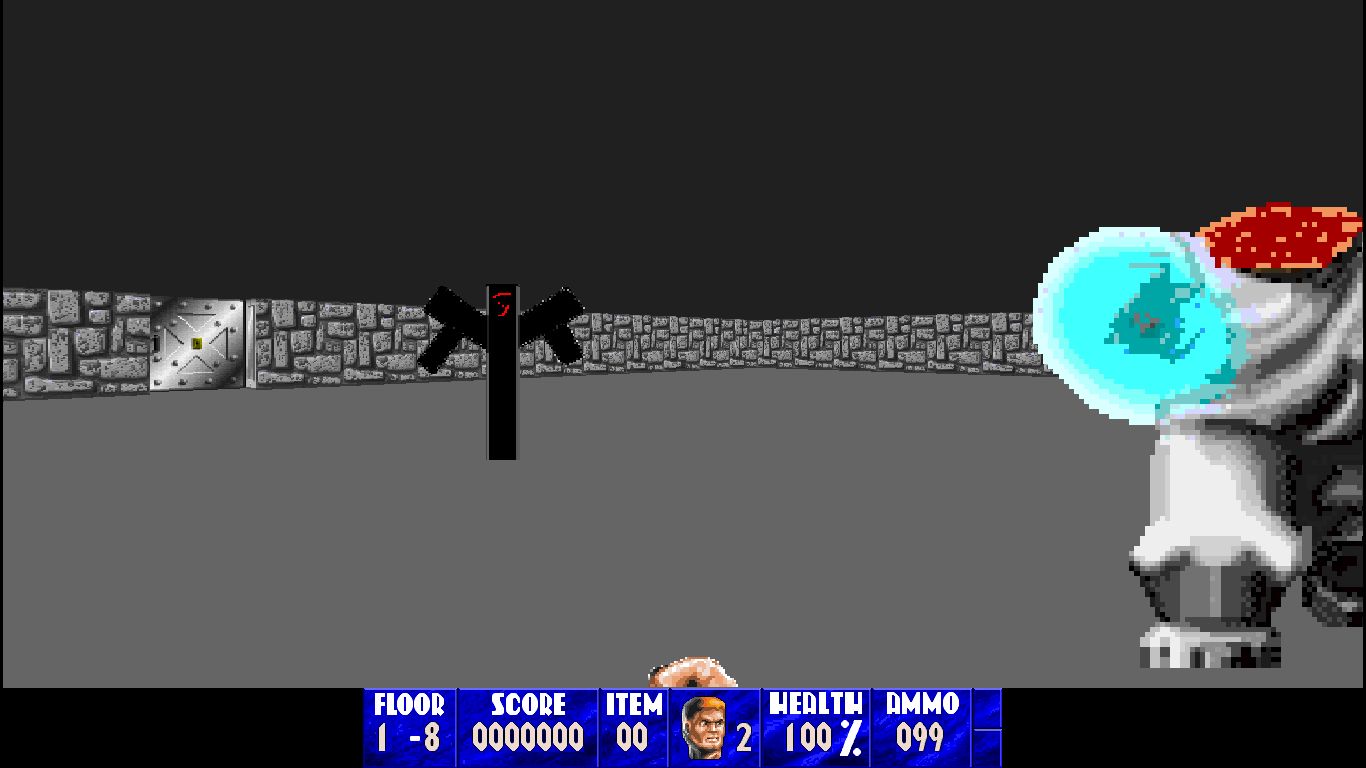 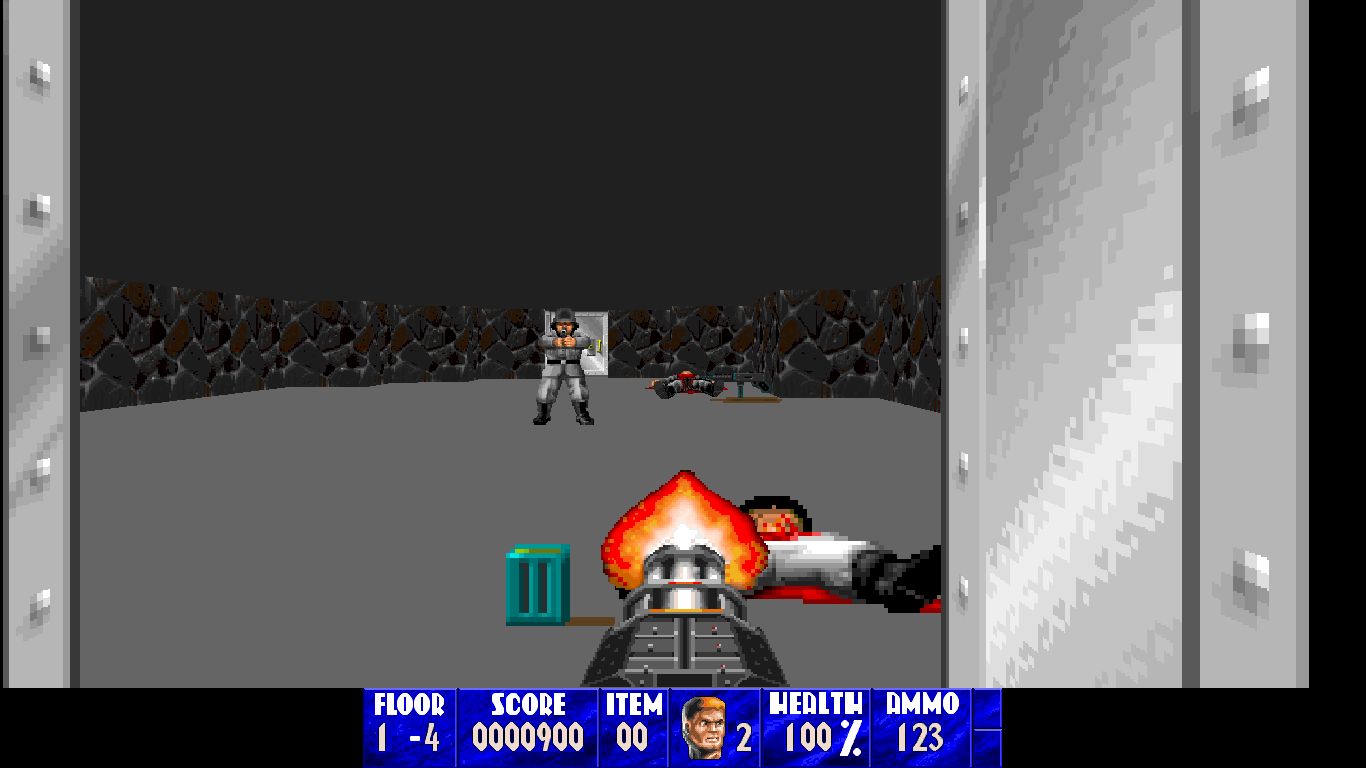 Hope you don't mind how this post turned into a miniature review, don't take my opinionated stuff for granted and just give the mods a go yourself. 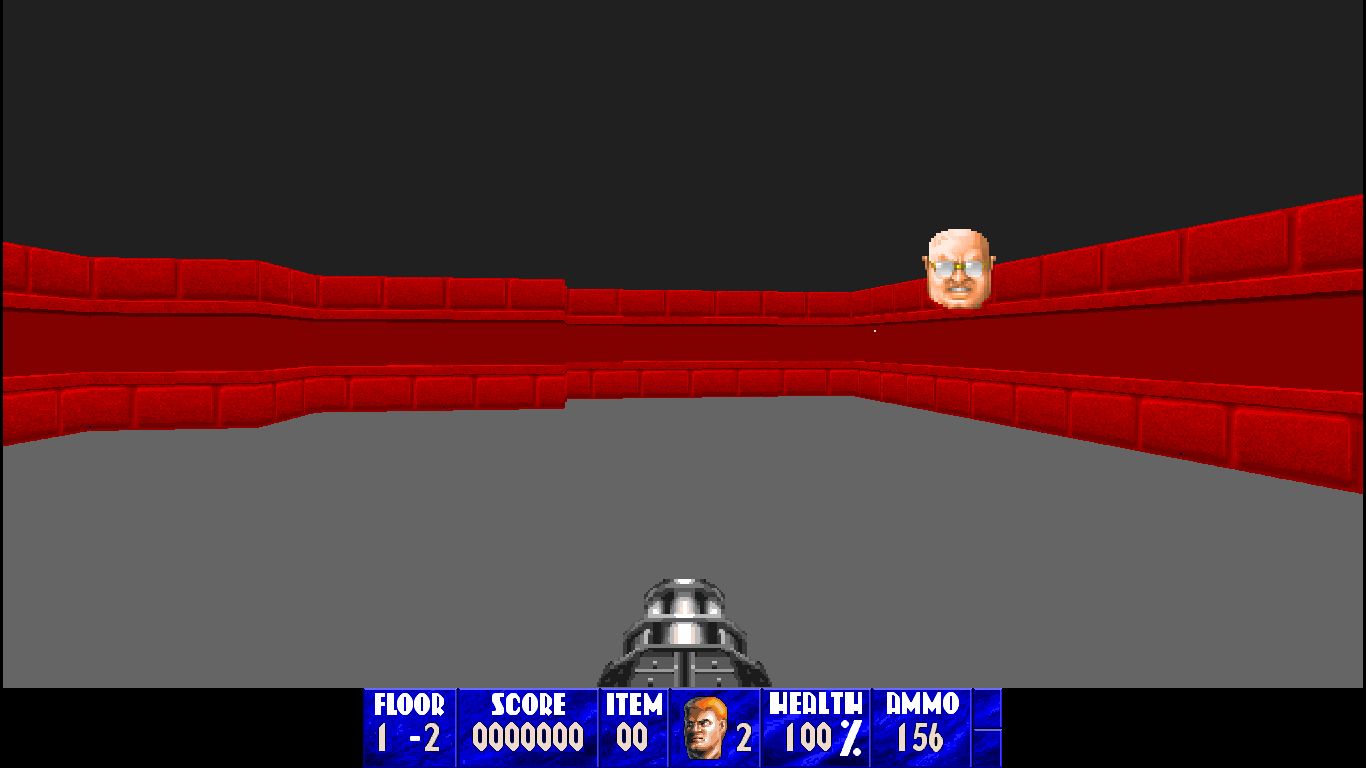 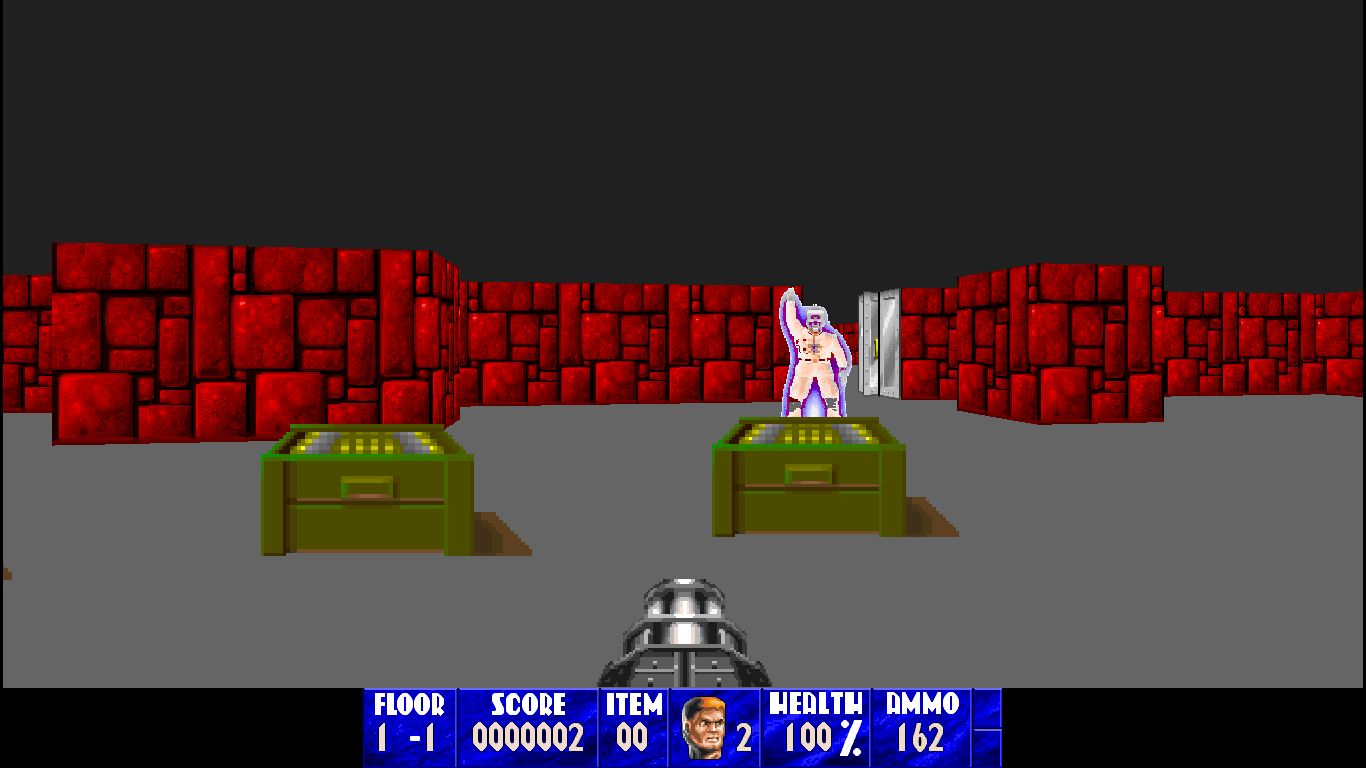