The first in what will bea periodic series of articles about classic WC3 mods. First up: the ingenious Don't Move the Tauren!. 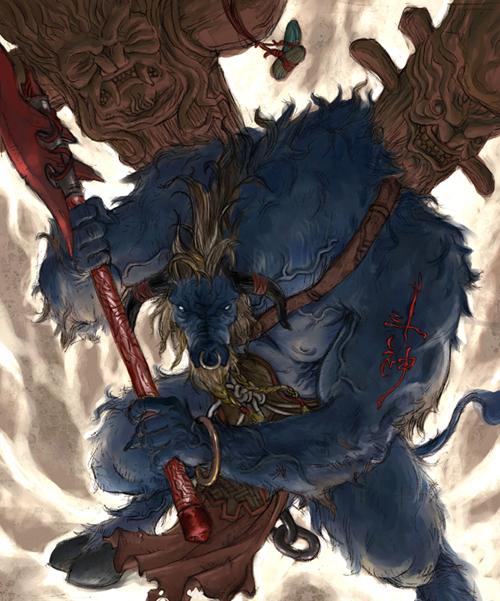 Don't Move the Tauren! is one of the greatest games ever made. Developed by LlamaGui, the Warcraft III mod is a construction of pure brilliance.

Before reading this article, I would highly recommend you first play Don't Move the Tauren!, especially with as many people as possible. Of course, you will need a copy of Warcraft III.

The title defines this game. "Don't Move the Tauren!" quite literally means, "if you move the Tauren you lose." Players are confused, "Wait, what? So, we don't move the Tauren? Is that it? Am I missing something?"

I don't know, are you? Beneath the blatancy is a psychologically confounding subtext. Even though the title is the directions, people still doubt the gameplay. Not that their doubt isn't justified. Because the rules for the game are so inanely simple, players wonder if, in fact, they are the rules at all.

And thus, what begins as a noobish state of confusion quickly becomes a war of mind games. Chat messages are flung back and forth, knowledgeable players using every trick possible to convince their opponents to do anything but not move their tauren. "Seriously, their is a win zone in the corner;" a savvy player might say, "run their without dying and you win. I just didn't want to be cheap because I've played before." It is a beautiful sight watching players unlearn everything the game has taught them, new players striving, even, to disbelieve a single rule, that, being so simple, so far-fetched, it couldn't possibly be the truth.

Don't Move the Tauren! continues to fascinate me today. The mod is a unique study in player behavior and the influence of peer interaction. Check it out if you have the means.

I can't say that i have heard about this before, but it definitely sounds interesting. I'm a big fan of social experiments.

You should do a review on that warhammer 40k tower defense mod once. I thought that had some of the best gameplay in wc3 mods. So much strategy potential, different roles for players, teamwork emphasis and so much more.

Setis, I've never played the 40k Mod. Do you have a link where I could download it?

I know that map and it is pretty fun, once.

But did you actually had to "waste" space on the main page for that ?
Sorry, but I think there are mods/games who deserve that place.

Just because a mod was made "once" doesn't mean it shouldn't be allowed to live again...

I enjoyed the article it was a great explanation at social experiment games that just blow your mind when you really think about them and how people interact with them.

Silly Soulseker, there was no front page real-estate wasted. This article is as valuable a contribution as any other and maybe one day you'll realize that. Please ignore Soulseker, he's not intelligent.

Thanks for the comments, everyone. Don't Move the Tauren! is truly an incredible mod, and I'm happy to help spread the word. I'm definitely a quality over quantity person. Re-playability is mostly irrelevant to me if even one play-through was an extraordinary experience. Other examples of amazing one-time playable games include: Don't Shoot the Puppy!, You have to Burn the Rope, and It's a Nice Day Today (on Newgrounds. @Soulseker: I do not choose if an article is promoted to the front page; that is the choice of the moderators of ModDB.

Burn the Rope is another great one, you should do another write up on that. Actually you can choose if your articles are posted to the front page there is a check box when you write the article about making it public.

I suppose so. But that's check to make it private, which is sort of backwards. Why would I intentionally sabotage the potential for a greater number of views? I suppose Soulseker may disagree, but ultimately, the moderators choose whether or not to promote the news.