Death by Nightfall map released. Time to warm up for Halloween!

A new map has been released: Death at Nightfall 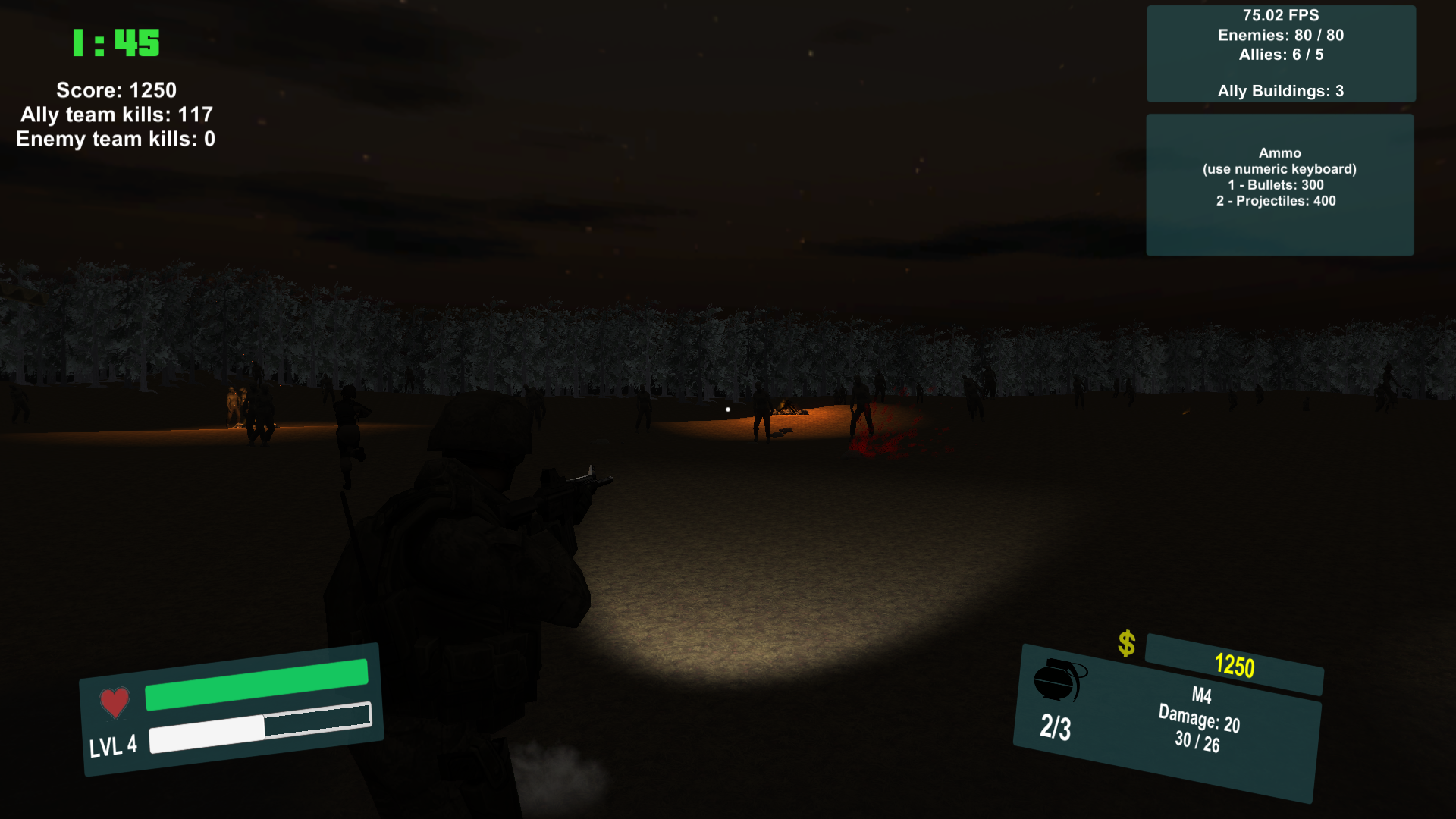 In this map you are alone with several allies in the forest against the zombie hordes. They will come non stop during 10 minutes. Will you be able to hold?
Of course, you can play this map with 2 friends in co-op.

Playable characters have now different stats now. Soldiers have more HP but they are slower. Check it out at the characeter selector menu. 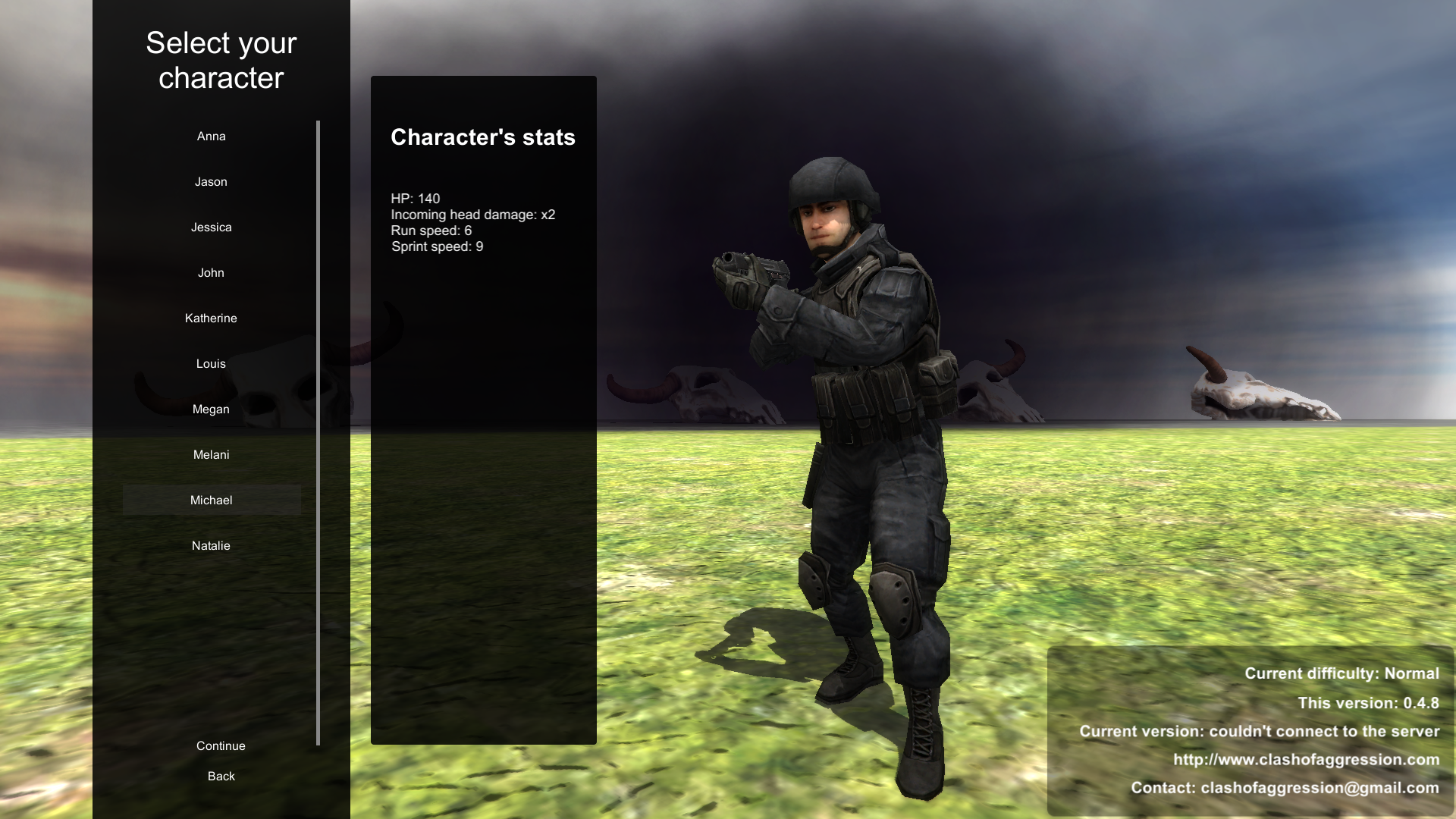 Also, the match start time has been greatly improved. It no longer hangs for a moment at the start.

This is the full 0.4.8 version changelog: