Medieval characters can use magic now. Also, you can buy ally bosses to fight to giant enemy bosses.

Version 0.5.4 has arrived! First magic spell has been added to medieval characters (only the crusader for now, Ricardo). This will give those characters a better use on ranged attacks. 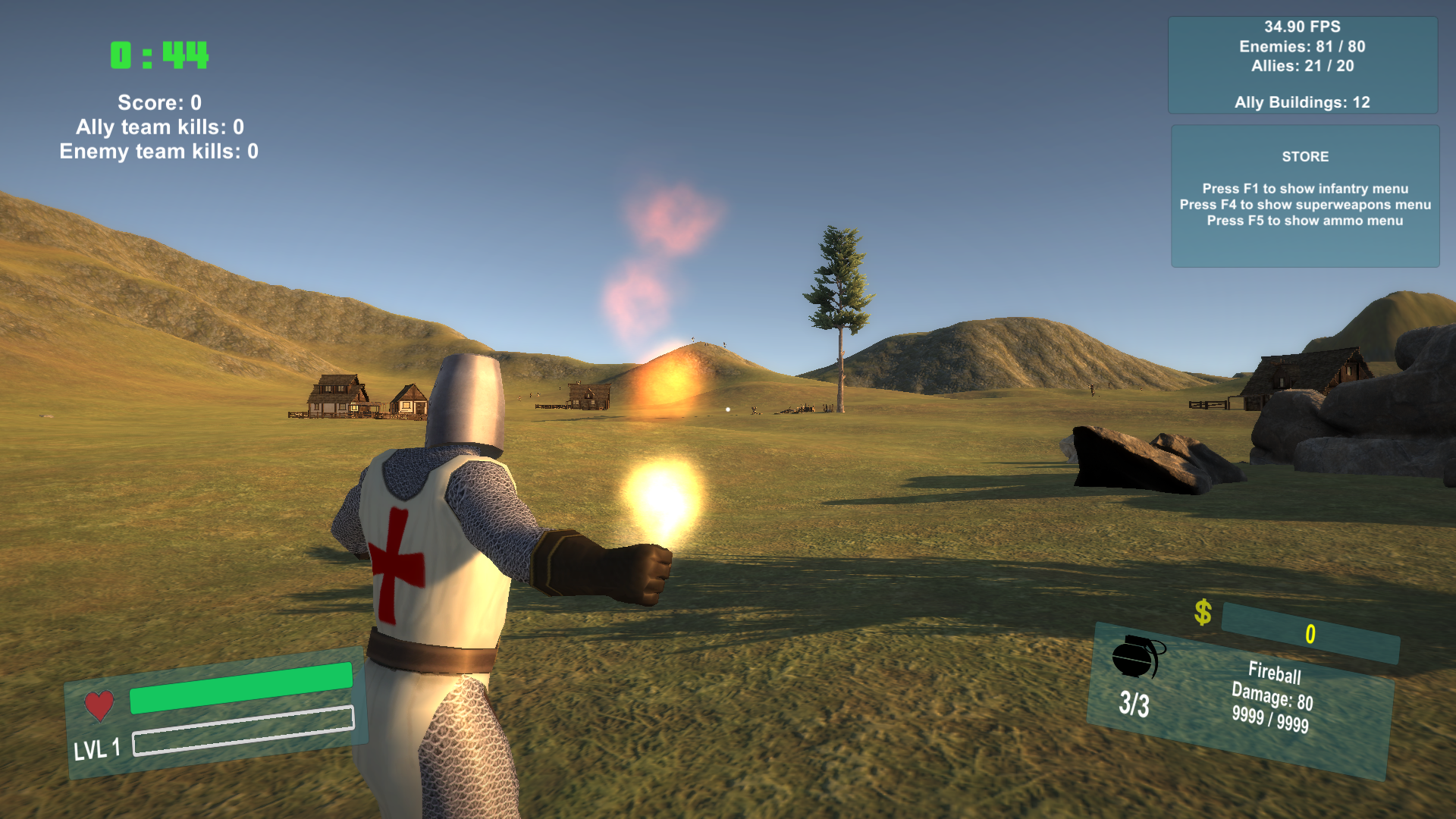 As you can see, it is almost unlimited. Mana will be implemented on later versions, among with more spells.

Now you will be able to buy ally bosses to fight those giant enemy bosses out there:

The last but not the least, the UI store can be managed now using Fx keys, instead of the numeric keyboard. I got many emails from laptop users not being able to buy allies and stuff in game so I changed it!