An overview on some of the new changes made to the game, as well as some clarification to the game.

Hello everyone, there are a multitude of things I wish to inform you about. I also want to clarify some things that I am repeatedly asked over, and over again. I could go on and on about this, but there's already is a lot of things I need to tell you, so let's get into it shall we. 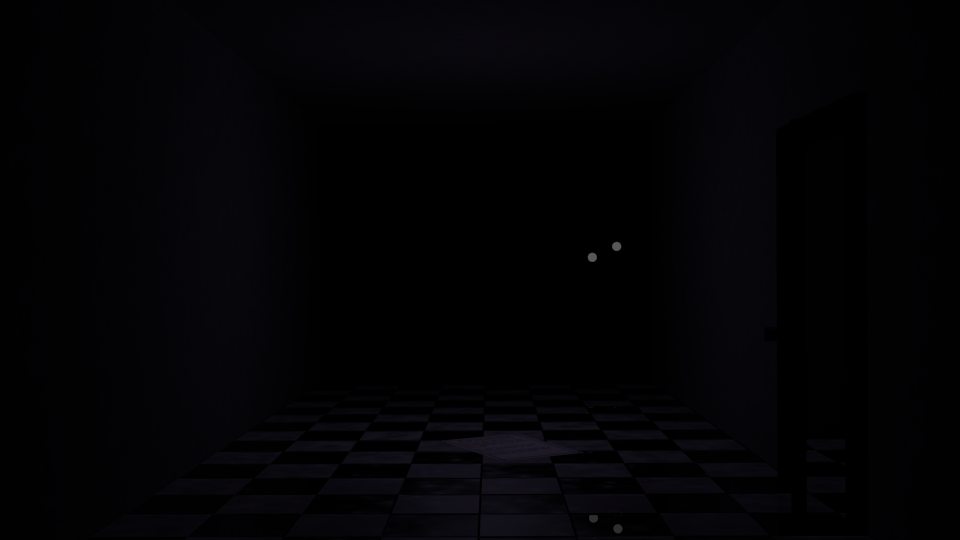 The sound combined with the 'costume' staring at the player should (I'm not saying that this is the case 100% of the time) help the player connect the dots on what they are supposed to do to win the game, or lose depending on which ending you get. Finally, I want to touch on the story. Now people don't tend to have many questions about the lore behind the game, as the lore is heavily thought out. Of course, no story could be without some kind of error (ironic, I know) but I digress. 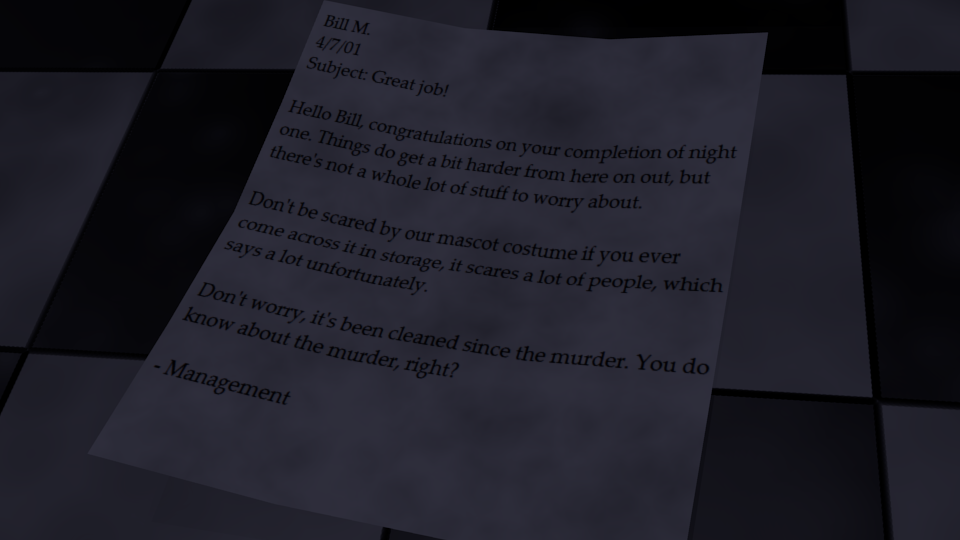 To start, I felt as if I didn't exemplify a whole lot on the mascot part. You see, the mascot 'costume' is supposedly haunted according to the locals, but some theorize deeper and come to the conclusion that someone is inside the costume, with the intent on doing wrong to the night guard. Which should open a door to a whole new world of theories. Could the company have set the job up as a trap, or is one of the employees simply a lunatic. That's up for you to decide.

Now time for the update notes. There is not a whole lot of change, but there is one big change made to the game, which I will go into more detail soon. To start, I've added a load function (finally, yes I know) this should help ease the amount of fist pounding your keyboard will be receiving after you die.

You will be able to access the load function from the menu by pressing the number keys, which are lined up on the top of your keyboard if you didn't know. Night 1 can be access by pressing "1" on your keyboard, same goes for night 2, 3, 4, 5 etc. The only exception being Week 2, in which you press "0" to start week 2.

I've fixed a few glitches, one of the main being the infamous night 3 loop, in which the player restarts from the beginning of night 3 after turning right on the first junction (I think that's what it's called correct me if I'm wrong). If you are interested in purchasing the game, you can purchase by visiting the game's page.