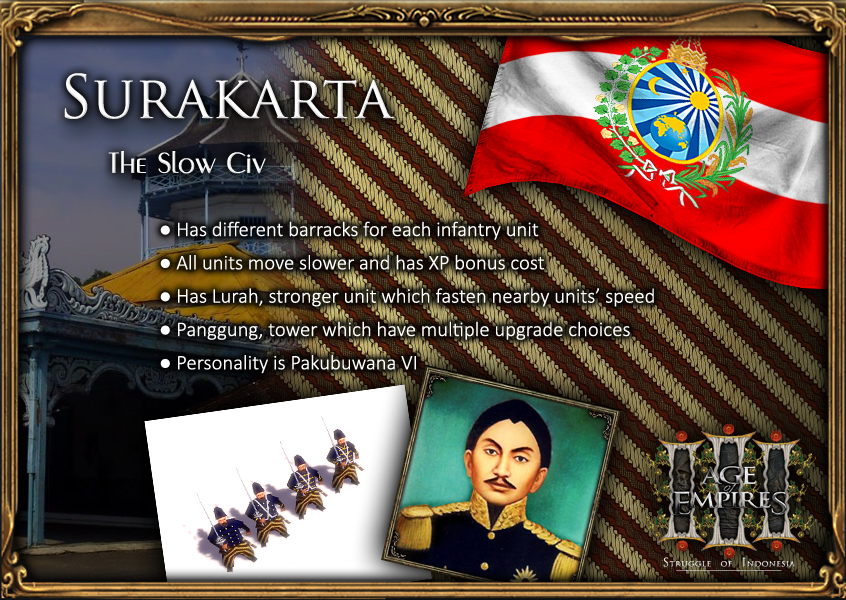 The history of Surakarta Hadningrat dates back to 1588, when it was known as the Mataram Sultanate. The sultanate peaked at the reign of Sultan Agung. However, it experienced a great corruption and treachery after the death of the great sultan. Its capital city was moved several times, from Kota Gede to Karta, to Pleret, to Kartasura, and ends in Surakarta. In 1670's, it faced the dangerous Trunajaya Rebellion, and later, the rebellion of Prince Mangkubumi and Prince Sambernyawa. The final blow to the sunanate was the Giyanti and Salatiga Treaties, dividing the old rotten kingdom into three smaller states.

In SoI, Surakarta is portrayed as the now stable, developing civ under the rulership of Pakubuwana VI. His father was rich and strong, and so did he. He acted as a double agent, secretly supporting the Dipanegaran rebellion, while still sending a decoy soldiers to help the Dutch. His life ended tragically as he was executed in his exile. 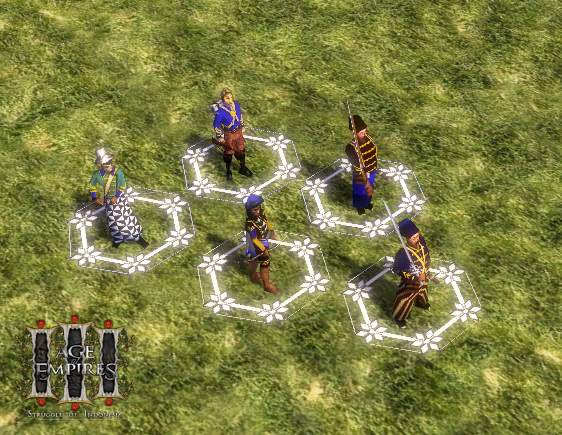 Five lurahs/commanders, one for each infantry unit the civ has

Surakarta belongs to the Javanese culture. It has several unique units and unique buildings too.

Its unique units are: 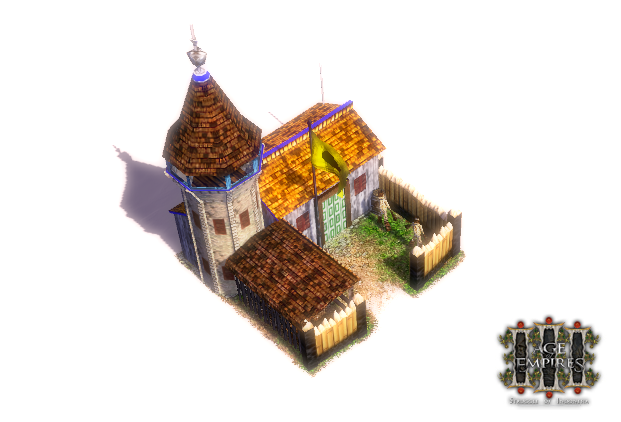 Surakarta also has a lot of unique buildings. It has five unique barracks for each infantry units, whih also trickles XP, and a unique tower - Panggung. Panggung can be upgraded into a specific strength. Player may choose a strong tower, a formidable tower, or a tower with high LOS.

In the end, player may expect a slowly progressing with a lot of XP. Sad enough, its shipments also arrives slower than other civ, thanks to those Putri Solo.