Salt oriented civilization with free spawning house all the time. It has three royal edicts to choose rather than just two. Its Nyutra archer mercenary unit is significantly stronger each age. 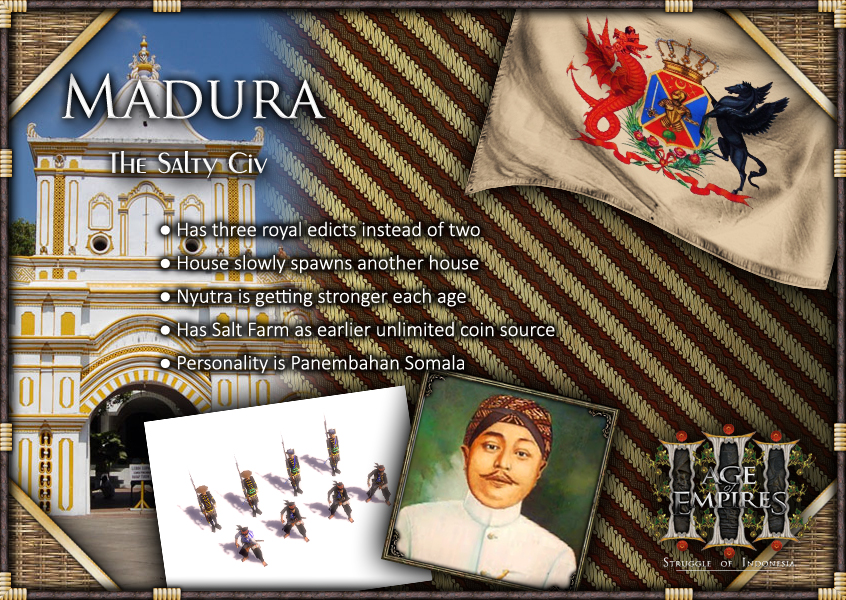 In 1290's, Aria Wiraraja the ruler of Madura allied himself with Raden Wijaya, soon the first king of the Majapahit court. This was the start of its importance in the political balance of Javanese history. In the next centuries, Madura would be divided into three separate power, each sometimes hated each other. The warlike Cakraningrat dynasty of Sampang and Bangkalan, the Pamekasan rulers, and the Songenepan House of Pakunataningrat. Madura was also the home of the infamous warlord Trunajaya, who almost anihilated the Mataram Sultanate to its very end.

Struggle of Indonesia is proud to be the first, the very first real time strategy to ever include Madura as a playable faction/realm/civilization. While we will present it focused on the eastern court of Sumenep, player always has the chance to fit it for his gameplay, whether warlike or greedy. Its personality is Panembahan Somala, the greatest Sumenep duke who brought it to its zenith (pictured is a placeholder - he was never documented!). 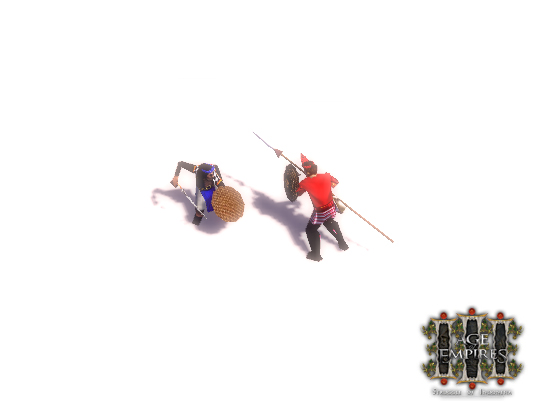 Madura belongs to the simple Javanese culture. It has salt field and a related salt mill as its unique buildings. Salt field is an unlimited coin source which can be built since the first age. It cost pretty cheap and has no build limit. However, one must build at least one salt mill in order to be able to build fields. One salt field may be gathered by up to 5 gatherers.

Beside having that, Madurese house also spawns another house construction sloowly. This sounds like a stereotype, but it is actually intended to portray the Tanean Lanjhang culture. Illegally built houses will be destroyed. 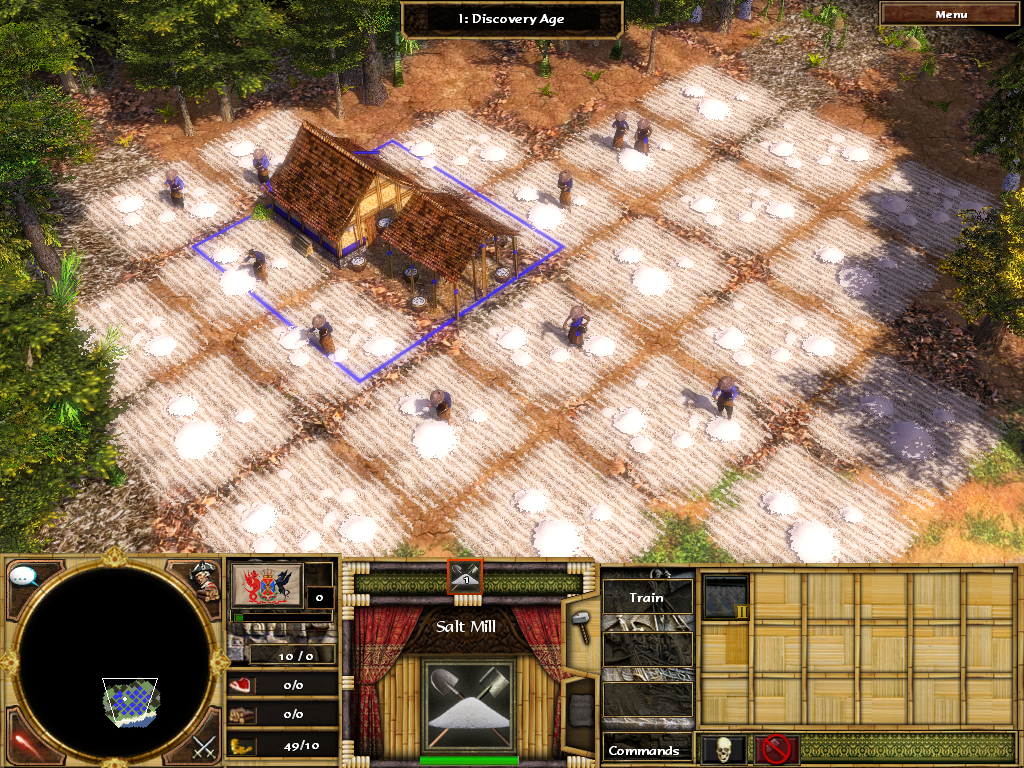 A salt mill. At least one mill must be built to enable salt fields.

Beside a pair of unique buildings, Madura also has a LOT of unique units. They are: 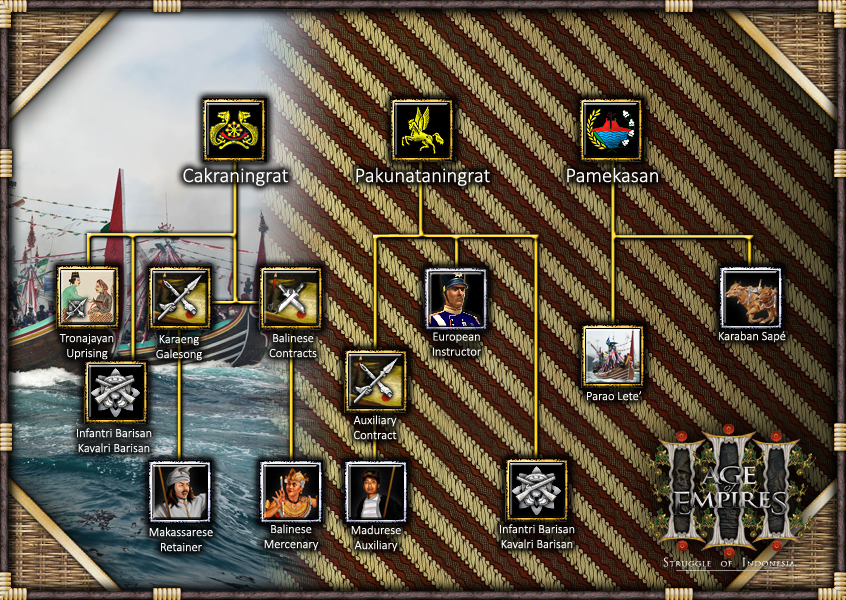 In Abiyasa, we implement the 'simple' royal edict system. It is a pair of age III techs which enable a certain effects or unlock new units. This way gameplay will be more dynamic than ever. Madura has three royal edict choices, they are:

These edicts are indeed imbalanced. One is stronger than the other, but that is the point. It is intended to be historicaly correct, rather than gameplay-wise balanced.

One should expect a pretty weak civ in the beginning of the skirmirsh, as Madura initially doesn't have access to spear unit, rifleman unit, and upgrade for its light cavalry. The choice to make it strong is in player's hand.

For the time moment, only human player (no djinn allowed) may play Madura.