Maxsi Distribution system, Dynamic Lighting, and Babies. Rolled up into a miniature update.

Welcome to the City17: Episode 1 September update! This month's going to be a short and sweet update, instead of the usual 3 day updates, but we at Team Gear feel that we've packed plenty of great new info and features into this update.

With Tabs, and Organization! 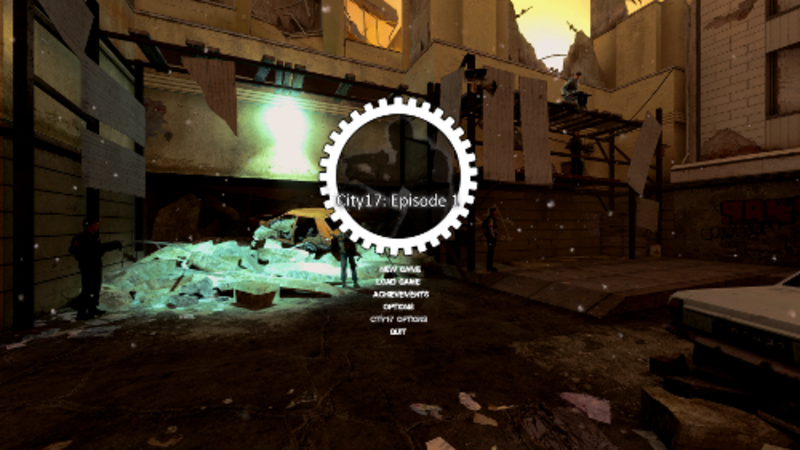 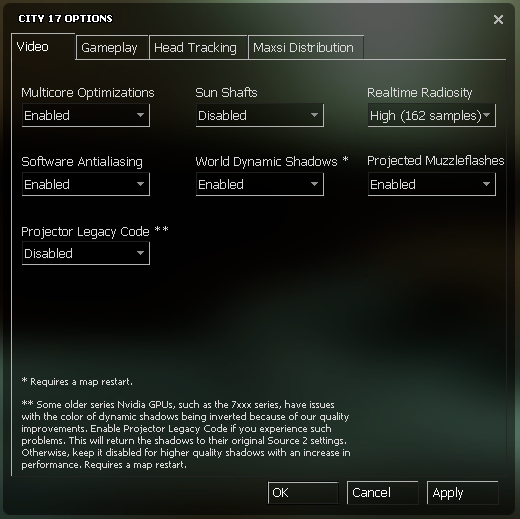 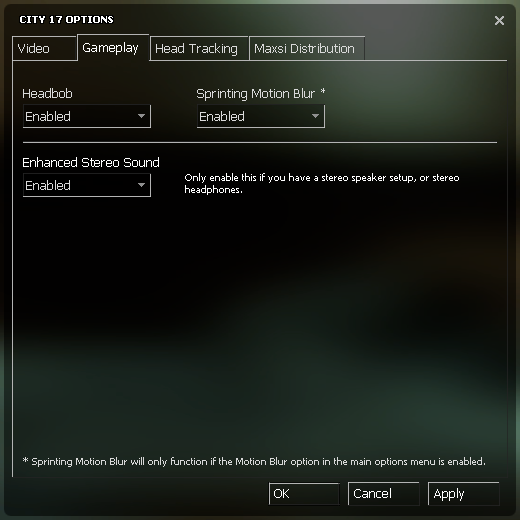 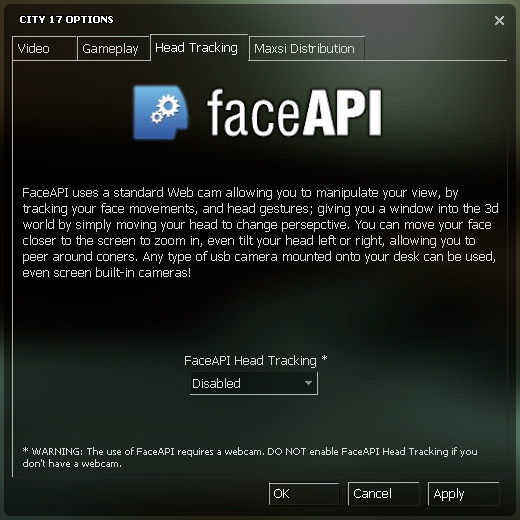 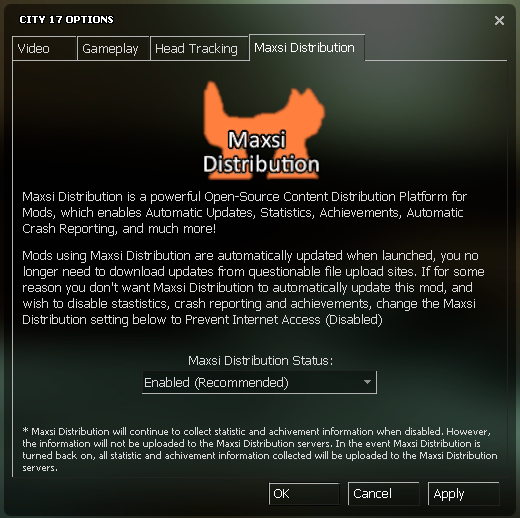 Through the tabs within the menu players can lower some of the various things we've added to the engine for more performance. The menu also holds controls to FaceAPI, and the Maxsi Distribution system.

This thing isn't radioactive, is it? 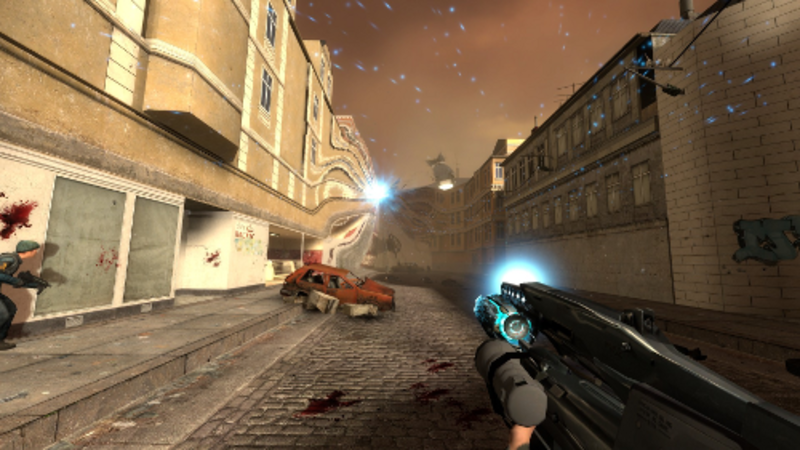 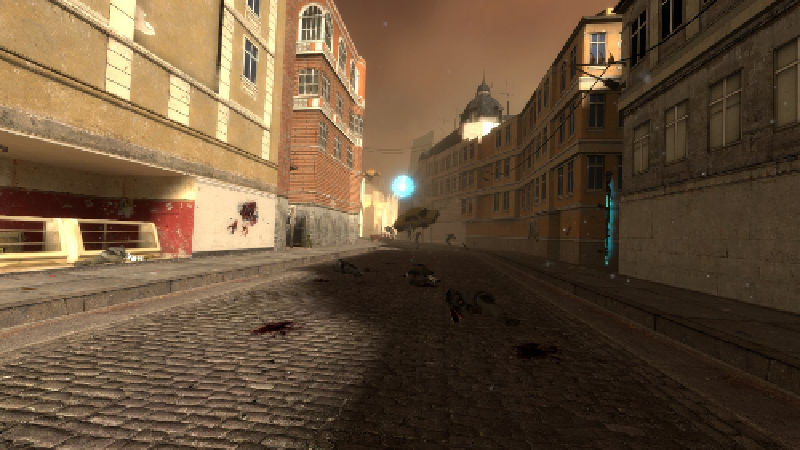 Nothing more need be said. Just keep in mind, the map featured in these screen shots is old, and was cut out long ago.


This is a video we set up to show off our projected texture enhancements, such as adjustable shadow blur amounts, and parenting. The video also demonstrates our new and improved water particles, which actually send up individual droplets of water, each of which make their own ripples. It's really quite amazing to view in motion. 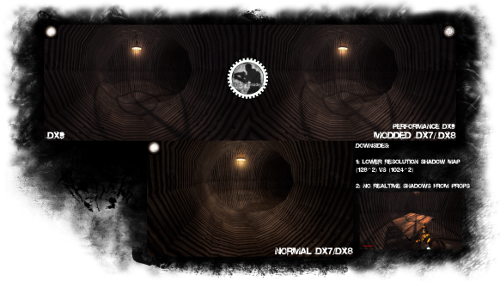 Projected textures now have an option to use pre-rendered shadows instead of rendering them in real time, allowing for DX7,8, and performance conscious 9 users to increase their framerates, while still retaining most features. 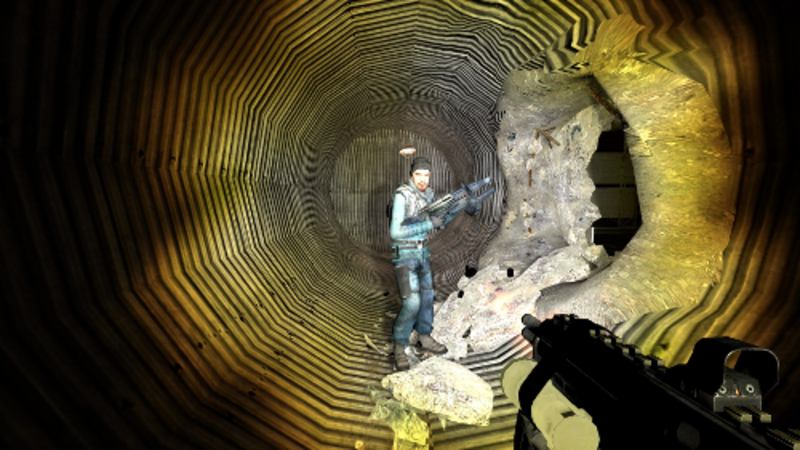 Get them while they're hot!


These come in bitmap format at a resolution of 1920x1080. That's 5MB of raw, uncompressed awesome per wallpaper image.

And that's it for this month! Catch us on PlanetPhillip within the week for some awesome exclusive media.

Also follow us on Twitter, were we sorta normally update! (Only on days that we can muster the strength in our index fingers)

Wow, that's a hell of a lot of enhancements. I congratulate you. Definitely looking forward to this.

Of Course, not for long Valve Corporation were been impress by them.

Looks great. I like the sound of that FaceAPI, is it all working yet.

No other fan development can match the mod of City 17: Episode one it were been more Awsomes after this release and also, some special news about them after this is finish there will develop a sequel for this mod.

Amazing updates guys. I really hope you are ready to release some stuff to us by the end of the year!

Thats our Goal! As far as we will allow ourselves in January, or February of 2010.

One word...... Awesome... :'D makes me think about getting a web cam for FaceAPI.
Oh! For the Projected Texture Perfomance Enhancements what are the downsides aimed at? DX7/8 modded or DX9? I'm confused. :P

Dx8, and 7 are modded. Dx9 has full dynamic light sources.

Any word on a technical demo or system requirements/recommendations? Also, how well is it multi-core optimized? Great mod, btw.

I'd like to hear a bit more about that Maxi Distribution thingey - gee, it sure does sound interesting.

You guys have made great improvements so far and that weapon looks crazy. Every new update this is getting better and better, keep up the good work!

Wow. Just wow. You should be hired by VALVe.

That is simply amazing work you guys are doing here

Yet another inspiring update. Loved the new and improved water and lighting effects. The fine details are becoming more and more enthralling. Always a pleasure to be tracking this :).