Welcome to the City17: Episode 1 December Update! Because it's the holidays and because we're rapidly approaching our expected Q1-Q2 2010 release, this month is going to be a large update and we have a lot of content for you, including an exclusive interview with Planet Phillip!


As always, we here at team Gear are constantly improving on our older work as we move forward. We update our work almost endlessly as new technologies or ideas emerge. 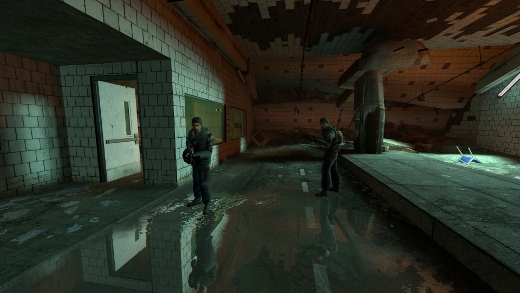 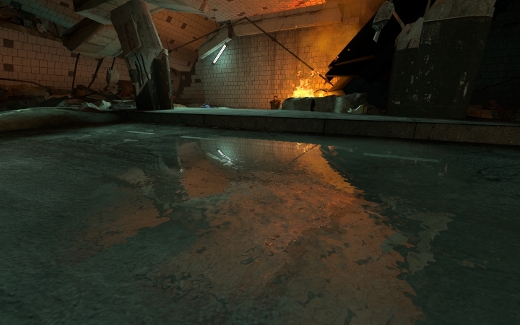 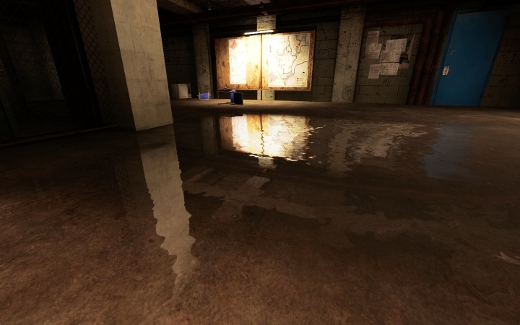 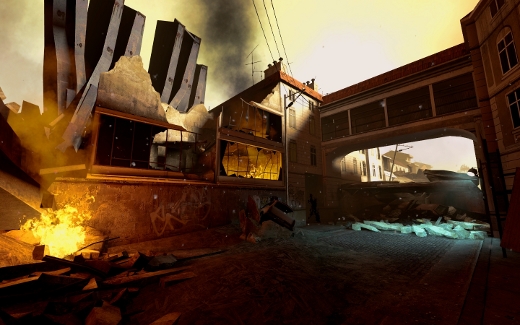 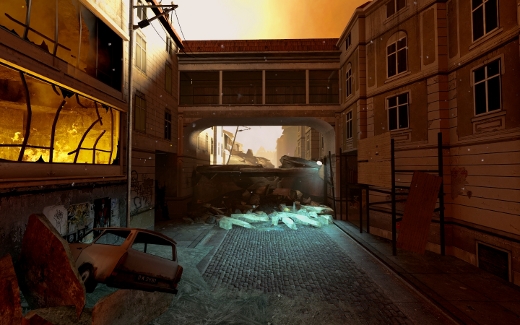 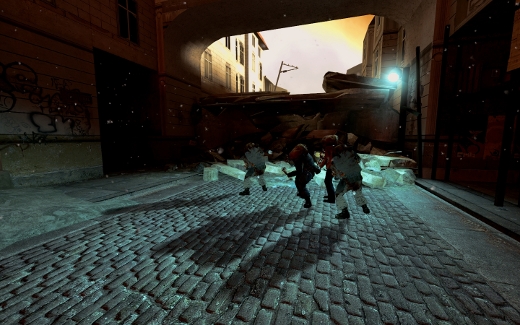 City17 now has an assortment of screen effects, ranging from large amounts of smoke on the player's screen while in burning buildings, to water effects when coming out of the water and blur while looking down your weapon's sights. 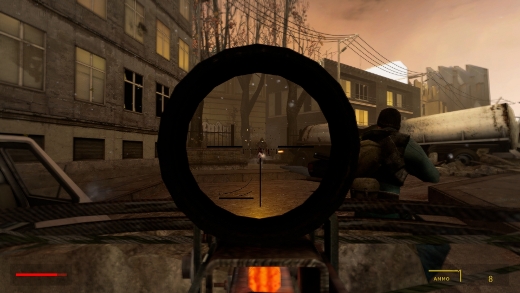 To help convey that the player is an everyday rebel, and not the indestructable and unstoppable Gordon Freeman, we've implemented a revamped healing system that we believe will add extra challenge and planning to gameplay, as well as give a use for those pesky spare medical supplies.

The system works by allowing players to carry up to 3 spare medkits. At any time, the player can use a medkit by pressing the heal button they have assigned to the keyboard. When this is done, a short but unskipable healing animation plays from the first person perspective. This healing animation could involve anything from bandaging a wound to pulling a bullet out of your body, depending on the damage you've taken since you last healed. Over the course of this relatively short animation, the player gradually heals up to 30 HP. Let us know how you feel about this system, either by comment or by email.

Particles allow us to create effects not previously possible. A particle effect can generally create anything, from Rain, to floating Gabe Newell's. We've slowly begun the process of converting much of the old Half Life 2 based client effects into the new particle systems present in the OrangeBox Engine. This allows: 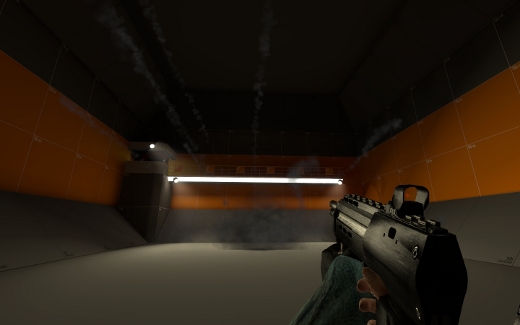 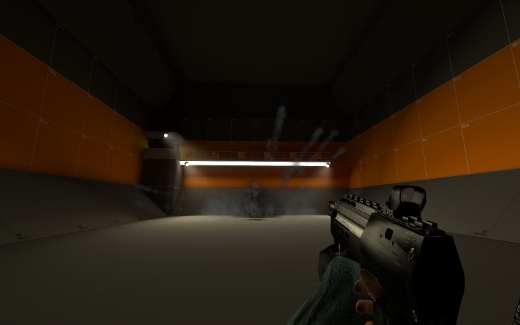 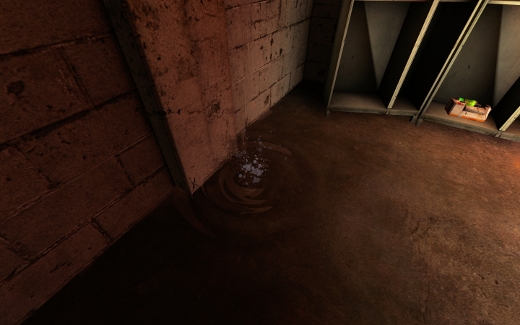 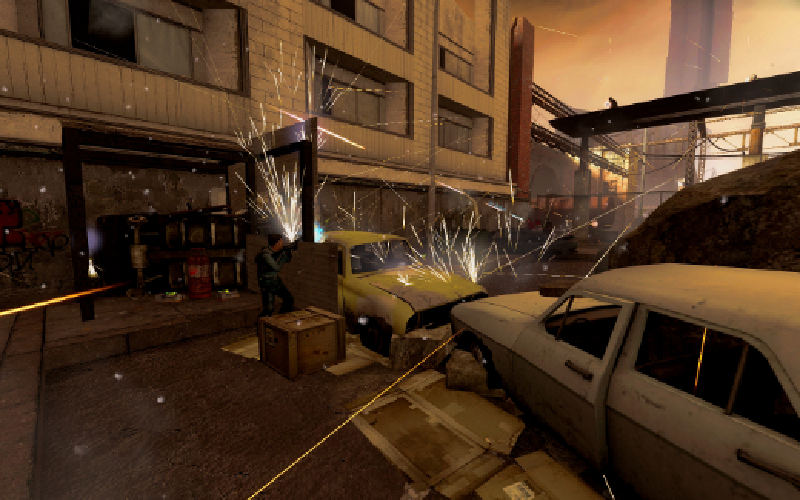 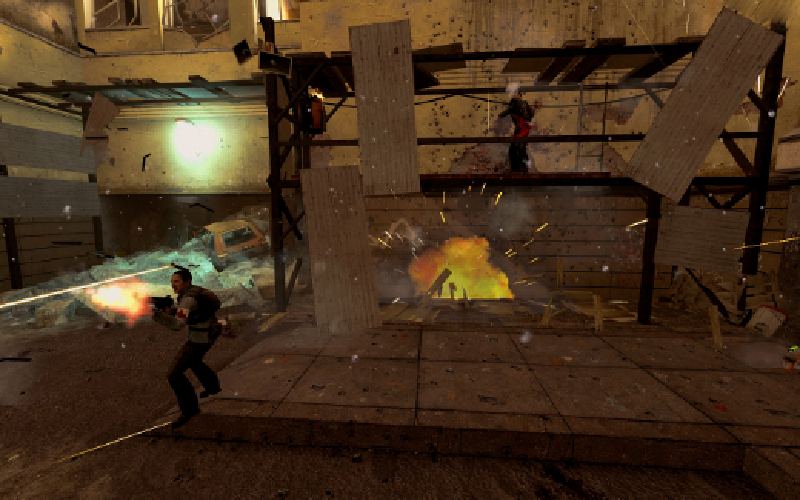 How does using more particle effects benefit my gameplay experience?

In City17 we've replaced much of the sprite based effects present in the stock Source Engine. Using the new particles, effects such as smoke, sparks, and water droplets are able to collide with the world around them, and even on the player.

From an art perspective, we're able to achive a much more damaged feeling for the entire city. Using smoke to convey burning buildings in the distance. Water to illustrate broken pipes, and even aid in gameplay. We've even gone as far as to create particle based muzzle flashes and bullet tracers, to create a more engaging and active experience for the player.

Are they expensive to run? Will they make my computer sweat?

Particle effects allow us to scale performance based on different types of hardware, and any GPU capable of DirectX 8 or above will be able to render them with relative ease. Particle effects also support multithreading, which gives them a big advantage over the older sprite based HL2 effects, which could only be processed in the client thread. Aside that we're able to control the amount of particles an entire system creates, allowing us to make even some of the prettiest effects cheap on almost any hardware.

City17: Episode 1 will use the Maxsi Distribution Content Distribution Platform along with the features such as Statistics, Achievements, and Automatic Crash Reporting.

To install a Maxsi Distribution enabled mod, users download a small and user-friendly installer that guides users through the installation process. The installer downloads the actual mod content from a wide range of content servers and ensures the installed version is up to date. Updating a mod is even easier, you just have to launch the mod and if any update exists the mod will be updated. (You can opt out, if you don't want automatic updating).

Our research has shown that people often have feedback to mods, but are simply too lazy to send it to the developers. Maxsi Distribution ships with a Feedback Form that pops up once the mod quits that allows people to send their thoughts on the mods directly to the developers. This really helps developers improve their mods.

Maxsi Distribution (MD in short) will be available to the public under the GNU Lesser General Public License (Version 3 or later). This includes all components of Maxsi Distribution, including the PHP scripts required to run Master and Content Servers. This way, people are allowed to expand on the system and aid with development, but also have the freedom to become service providers not related to Maxsi Software. The Maxsi Distribution SDK is provided under a modified permissive BSD-style license.

Maxsi Distribution is not publicly available yet; however Maxsi Distribution is currently in active development, and while most features are working, some features are still not completed in the latest development build. This includes the download systems, which had to be completely redesigned. The older download systems were too buggy and often halted halfway through the installation, which was unacceptable.

While right now Maxsi Distribution is at a stage where some features lack, a proof of concept build was launched a year ago and worked perfectly. However, due to technical errors, we had to shut down our service for the time being. We hope to re-launch our service within a few months. Initially, Maxsi Distribution will only be available to smaller mod teams that help with development. But once the service is stable and ready, it will be publicly available under the GNU Lesser General License.


City17: Episode 1 is a full conversion in spirit, and as such we've been working on our own soundtrack in the stillings of Valve's, with a few twists in a new direction. In order to achieve our goal of excellent custom music, Gear has taken on 2 new artists, and made use of one we've had doing other jobs. Below is a small sample from two of our songs. If you would like the full download, or to listen to more of the music we've completed so far, head to PlanetPhillip.com for the exclusive download.

Here's a small sample from two of our current songs. For the full versions of these two songs, and a song not demoed here, check our page on PlanetPhillip.com over the next five days for the exclusive Album download, and a ton of exclusive media. 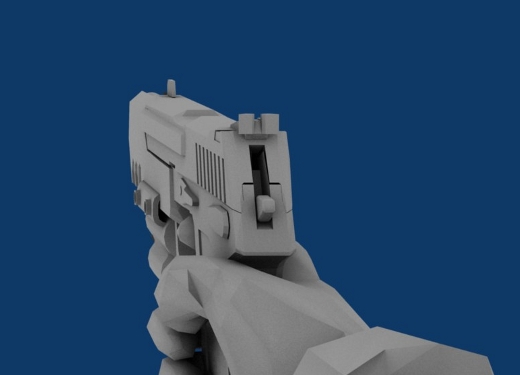 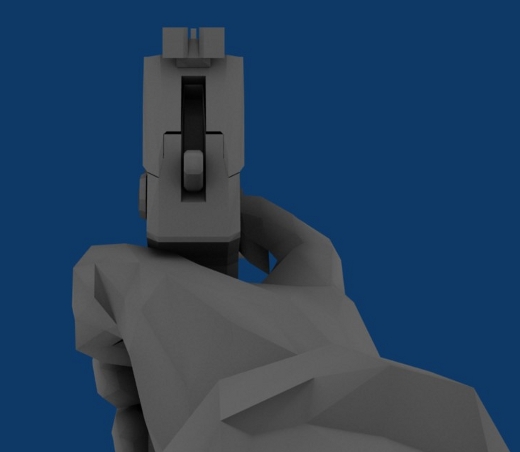 Normally, we wouldn't display a render of a WIP model, however we at Team Gear believe that any changes to the weapon models require close scrutiny from not only us, but the community as a whole. Our current train of thought is that the HL2 weapon models are beginning to show their age (2003). They're low poly and very low quality models, which only becomes more evident with ironsights. We're currently in the process of re-modeling most of the weapons, as well as creating new sounds and possibly re-animating them in the hope of bringing them up to modern levels of quality. If you believe we're wrong with this decision, or have any suggestions for this pistol model here, please let us know. We would be grateful to get some feedback on this decision. Just keep in mind that these weapon models would not slow down the release of the mod in any way, as the people we've tasked with doing them generally aren't busy in the first place. 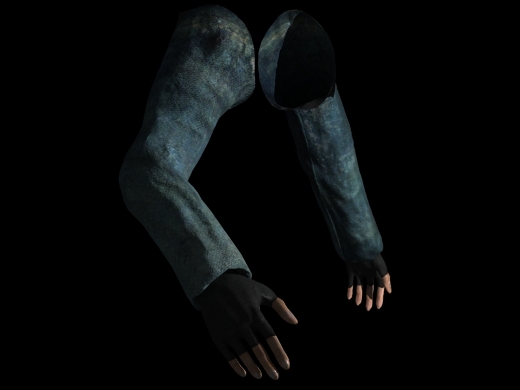 Originally, the AR3 was envisioned as a prototype Combine weapon the player would be awarded toward the end of the game. Very early on in it's development, the team decided that this method of giving the player a new weapon would clash with Half-Life's story, as it created a character with a permanent weapon equal to or surpassing the Super Gravity Gun. DISCLAIMER: The AR3 is still in our game. We simply did not use this concept. 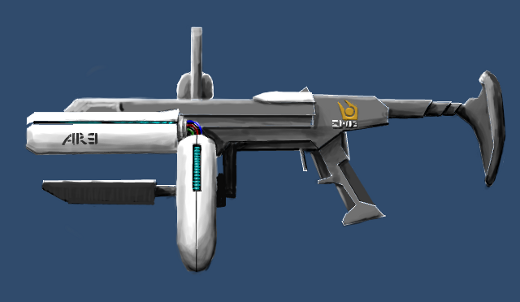 Join PlanetPhillip.com for their five day City17: Episode 1 media update. Phillip will be releasing a bit of exclusive media each and every day for the next five days! The monday update is out right now, and it's an exclusive interview with a few of the people behind Team Gear and City17! Be sure to check that out!

That's it for our December Update! But we'll have plenty more updates in the coming months as we approach our Q1-Q2 2010 release date. Happy Holidays everyone!

I made tat WIP pistol :3

AR3 looks like it was made in Combine+ApertureScience style. :)

Kinda does now that I think about that.

Looking good. I always like to see this teams updates. Keep it up. ^_^

badass excellence, I love it :)

"There is NO SUCH THING! Get out of here or I won't continue the lesson!"

Rebel Soldier on the AR3 :D

I love the concept for the AR3, but you got its backstory wrong.

Originally there were 5 primary weapons, two for each side. The rebels had the MP5k and the Ak47. The combine had the OICW, the Objective Personal Defense Weapon, and the Incendiary Rifle. After they found many of the weapons too similar they removed all the above and combined certain aspects of each to create the MP7 and the OSIPR. The AR1 was the Ak, AR2 was originally the IRifle, but the AR2 became the OSIPR. So now the IRifle is referred to as the AR3.

The IRifle originally worked like the Incendiary rounds in Left 4 Dead 2.

None of that is canon. It's all removed content.

We just call it the Ar3, but it's not exactly an AR3. The rebels however will likely call it that.

Tell me your PC's specs! I'll let you know if City 17 will run and how well it will run RIGHT NOW!

This is a well-written news post. Keep it up boys.

Holy ****, I loved the news and the screenshots of the effects! Very awesome

Quite a nice big update ya have here

Solid Update, keep it up

This is insane stuff. Loving it. :) watching :)

This is a really nice update. Thaks for this. :D

Gerat update!
I love the puddles and I like the idea of Maxsi, looking forward to more!

Oncegain you guys have validated my respect for you all. Awesome update, keep up the great work!

Great work. Its looking like a great single player mod, retail worthy from what i nave seen so far.

Also Maxsi sounds like a great idea, it seems as if its only geared toward source mods atm, is there any plans maybe later to let it function for other engine based mods or will it be up to those teams to modify the source to suit their engine/needs?

I have been playing around with a similar idea on a basic level for my current project but nothing on your scale (im only learning php) so in other words good luck :) .

Yeah there are. The idea i to provide content almost for anything. Left 4 Dead map packs, Portal, Team Fortress 2 content. It can really install anything.

It's open source and written in C++ - Any engines that let you mod using C++ Sources can support most of it.

also trackd 4 teh lovely lovely awsome which i am digensting, i thank you.

I love you guys!

I love you too.

Yet another amazing update! So much visual lovings! :P You guys are blitzing it, keep that crazy shiz coming.