After 3 years in development, City Quests finally has a release date. Coming to Steam 8.20.2014.

Posted by StoneMonkeyStudios on Jul 15th, 2015 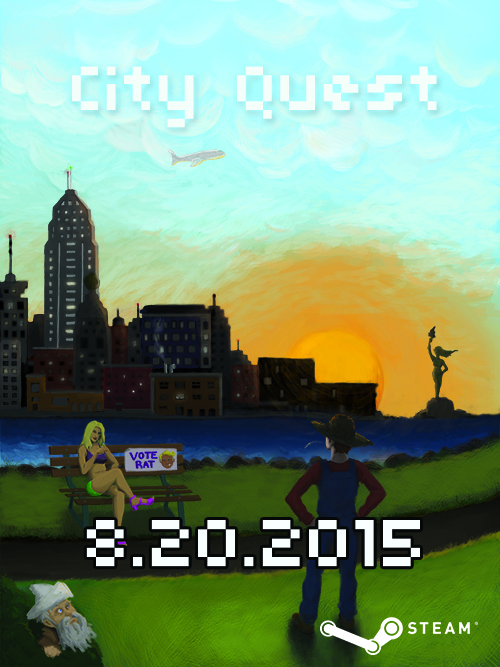 After three long years in development by two-man team Stone Monkey Studios, City Quest finally has an official release date. The game will be shipping for PC and Mac, August 20, 2014 on Steam.

Welcome back the past with City Quest, a powerful love letter to the adventure games of yesteryear. Follow a simple farmer boy as he tries to make a name for himself in the big city. Players can enjoy four storylines - Hobo, Mafia, Politician, and Lady of the Night, each with their own unique cast of misfits to help you along the way (as well as several different endings for each). Packed with often offensive and always absurd humor, this game will tickle the funnybone and anger the gods.