Our team members who usually operate in the office have switched to remote work, but that hasn’t stopped us from ironing out the experience and delivering awesome new content.

We have a smoking-hot new content update for you! However, we would first like to take this opportunity to ask that you please stay at home during these troubling times. We have compiled a list of guidelines from various health services to best protect yourself and others from COVID-19. Of course, the biggest help you can offer right now is staying at home as much as possible. To make your time at home a little brighter, we’re running a Rainy Day Sale across all games on the Crytivo Store. Everything is 30% off. This discount comes directly out of Crytivo’s pocket and will not affect the revenue of developers. It’s a great time to support indie developers and get something for yourself to enjoy during the lockdown. Stay safe!

Now back to the topic at hand. Our team members who usually operate in the office have switched to remote work, but that hasn’t stopped us from ironing out the experience and delivering awesome new content. Here’s what’s new:

The Universim: Cities of Today Content Review with Crytivo Team

Now that’s how you renovate! These new residential areas are far prettier than before. We’ve spent a tremendous amount of time improving how residential buildings are constructed and appear in the game. Every building now has a story to tell. Look closely and you’ll see just how different they are! We hope you love them as much as we do. 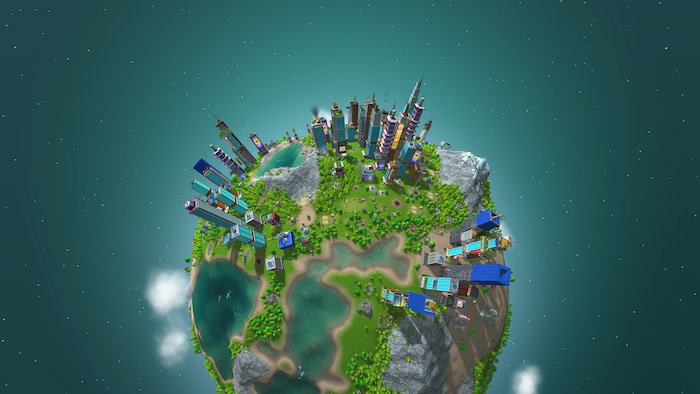 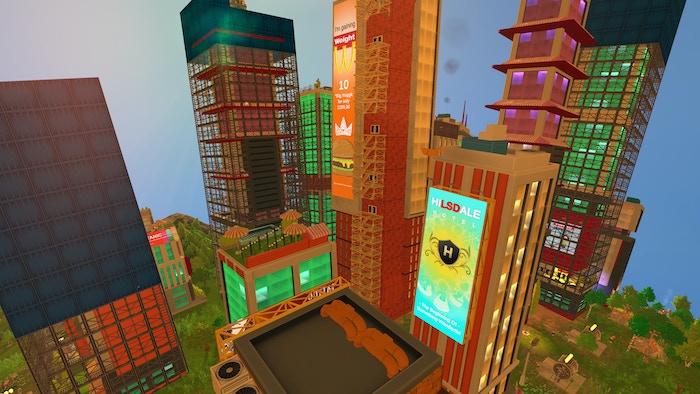 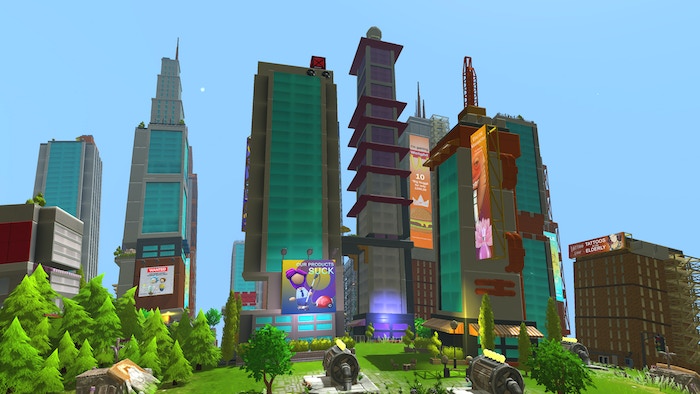 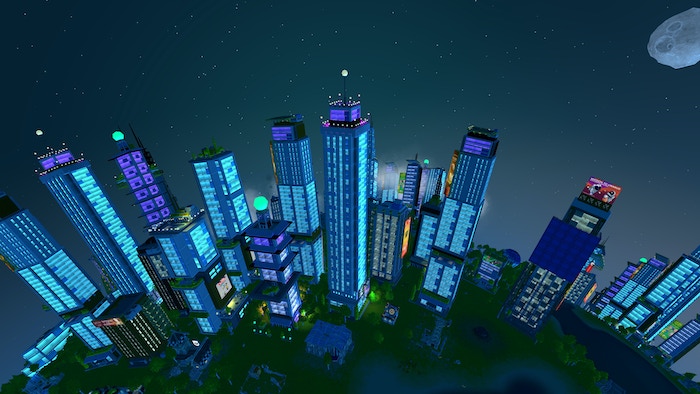 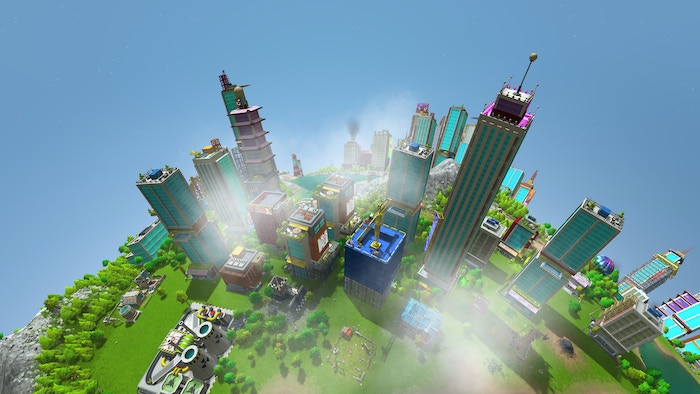 Woah, woah! Hold on! We haven’t implemented roads yet, but we wanted to drop you a small update on what’s been going on behind the scenes. As you know, roads have been in heavy development for some time now. The fact that the planet is round and lacks a level construction grid for roadworks makes this system quite complicated. But, the good news is, after numerous sleepless nights and rapid hair loss, we figured it out! 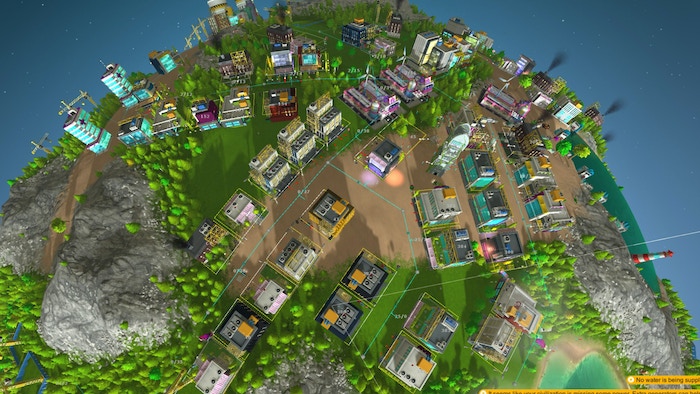 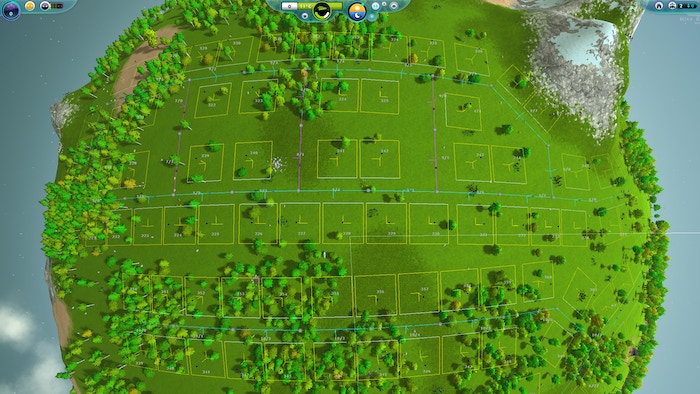 Roads aren’t just going to be cosmetic, they’re going to play an important role in society. They’ll increase Nugget movement speeds across the board, which means we have to factor this into the pathfinding solution. Phew, this is some complex stuff! However, we’re making good progress and we hope to let you play with it soon. For now, here’s a sneak peek: 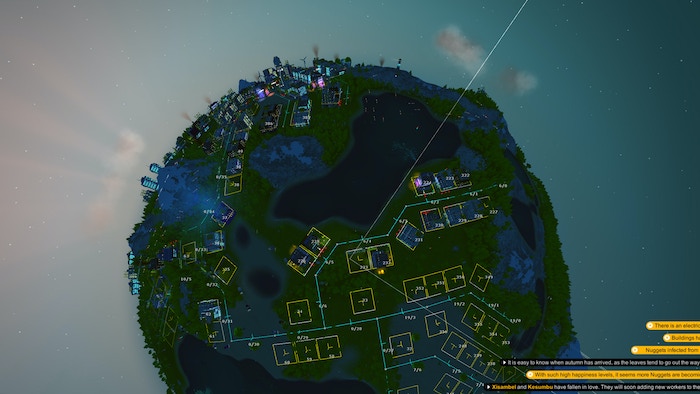 Okay, get excited again! Bridges are now available in the game, you can truss us. They will help connect Nugget nations together and create shorter paths across previously impassable terrain. The first bridges will be unlocked in the Medieval Era, giving you a useful pathway across water sources and offering Nuggets a speed boost. 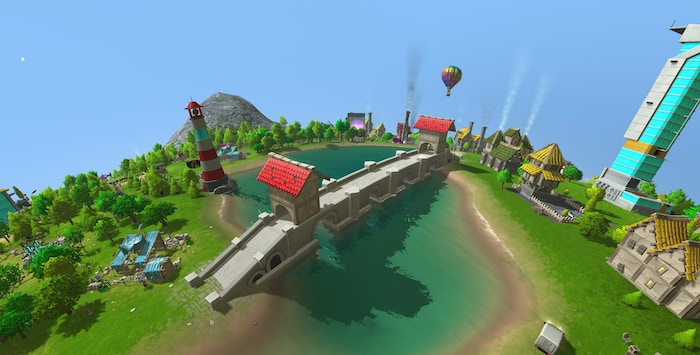 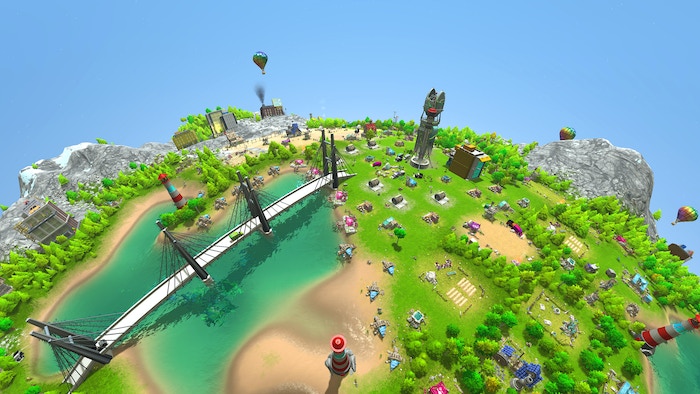 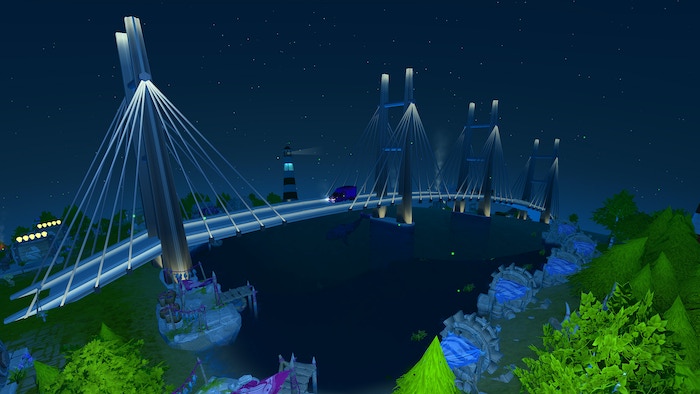 Unity’s audio system is a mess, which means we’ve had to work hard to improve overall sound processing and overhaul our own in-game sound system. If all is well, you shouldn’t get any more weird sounds or clipping issues during your playthrough.

We unfortunately still aren’t able to offer backwards compatibility with older saves, due in large part to the sheer amount of changes and new content that ships with every update (changing something like the position of a research item in the research tree can break the game if you already have it unlocked). Keeping track of so many procedural objects and systems while accounting for backwards compatibility will require a massive effort, which we feel is better placed in more exciting content. But, we’re still tinkering with the save system and making constant improvements. The new rework will enable us to save multiple planets that’ll be coming in the full release. Get hyped!

Not in the build but being worked on: 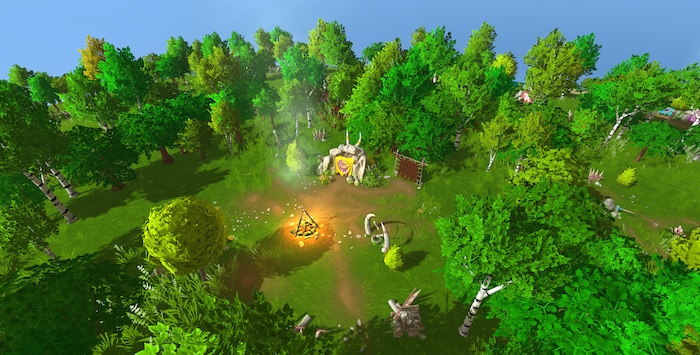 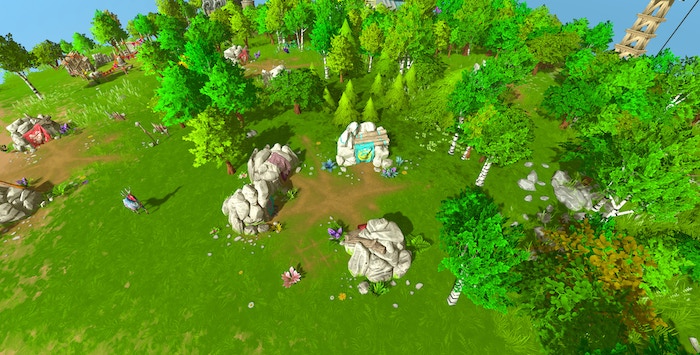 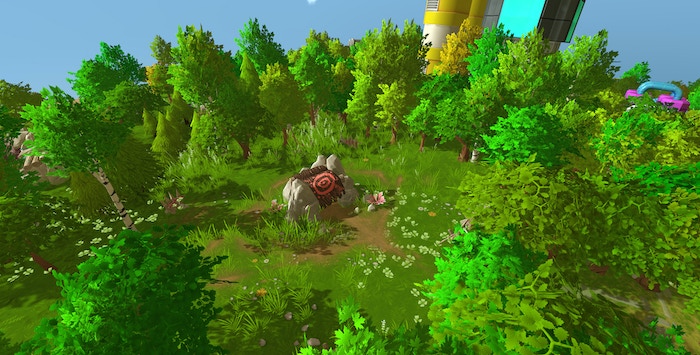 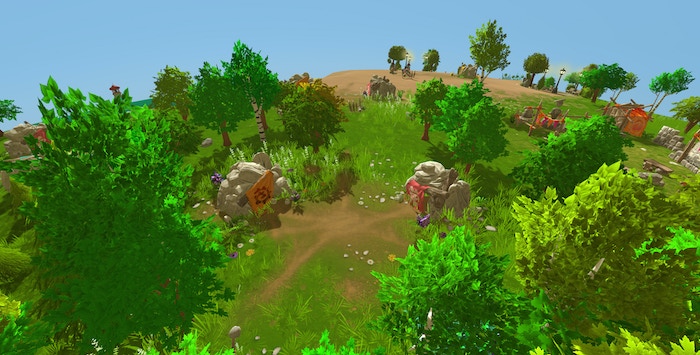 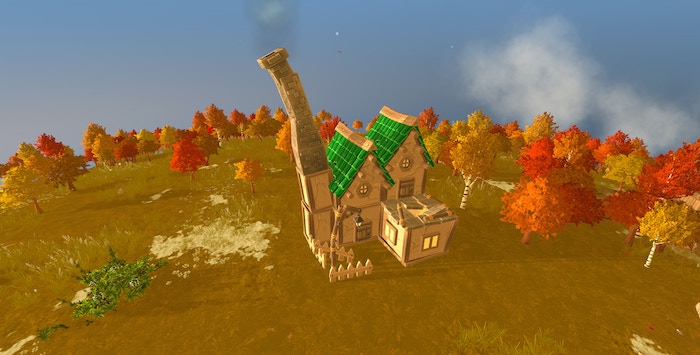 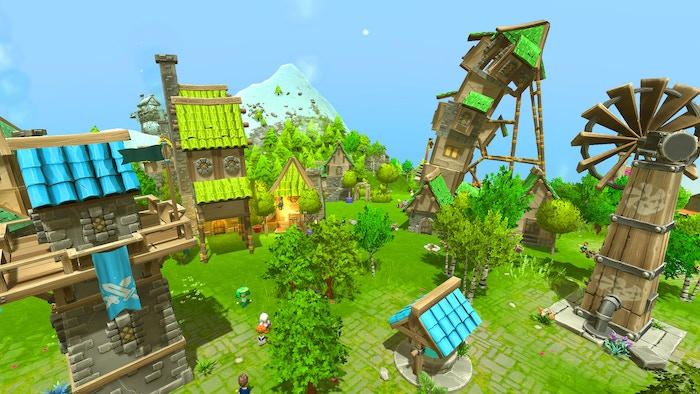 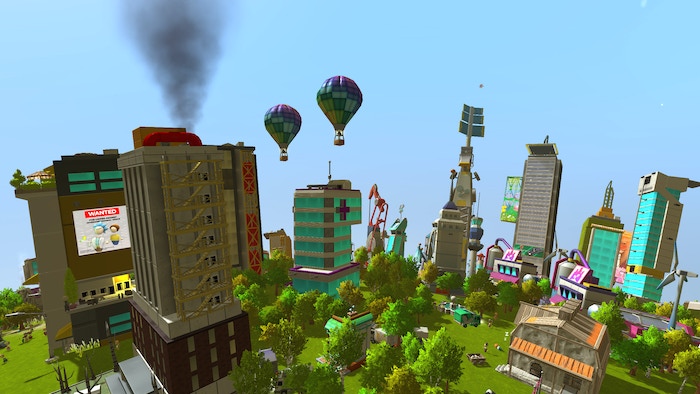 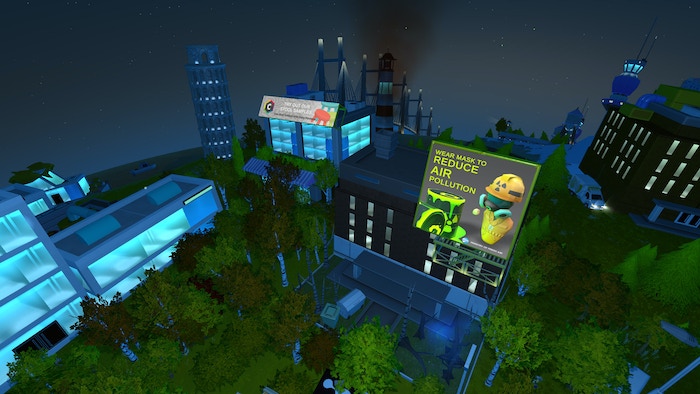 Thank you all for your continued love for The Universim! It’s a joy to work on, and you all make it so much better. Please don’t forget to leave us a review on Steam if you’re enjoying the game, and be sure to join us on our new Crytivo Discord Server to participate in giveaways and stay up to date. Stay godly! 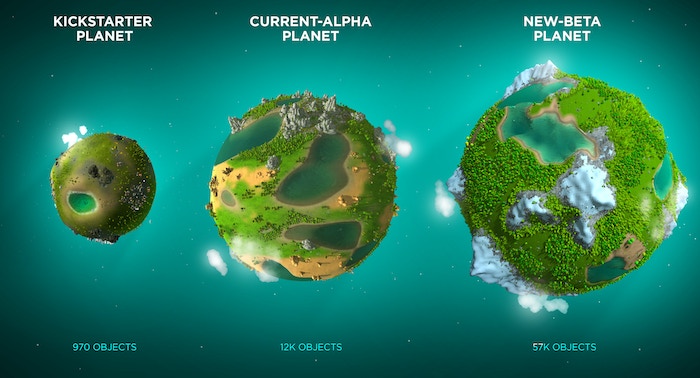