In this Ciel Fledge devlog 17th entry, we talk about adding improvements to the game such as schedule save slots. Also some announcement about the game.

Hi, RikuoTanaka here, bringing you the latest devlog!
It’s been a while since my last devlog, isn’t it? Well, there is a reason for that.
And no, it’s not because I’m out of ideas to talk about yet again…
It’s because I have to prepare for my thesis defense back then.
But minus a few revisions and submissions, it’s done, and I passed it!
Enough about me, let’s just cut to the chase.

This week’s devlog will be short, just like the last one. There are 2 things I want to tell you.
The first one is a newly implemented feature that numfank didn’t get to showcase in the last devlog.
If you have been following our facebook page, you know what it is: Schedule Save Slots!
Now you can save your own Schedule for the week in any of the 3 slots available!
It saves the hassle of inputting the same Schedule all over again in the next week.
You can see it in action right here:

Of course, we are also improving the game in other aspects, such as bug fixing and balancing.
Thanks to the feedback of our playtesters, most bugs have already been patched.
The most notable change is the way the activities are unlocked and locked for use.
To show you what I mean, look at the in-game screenshots below. 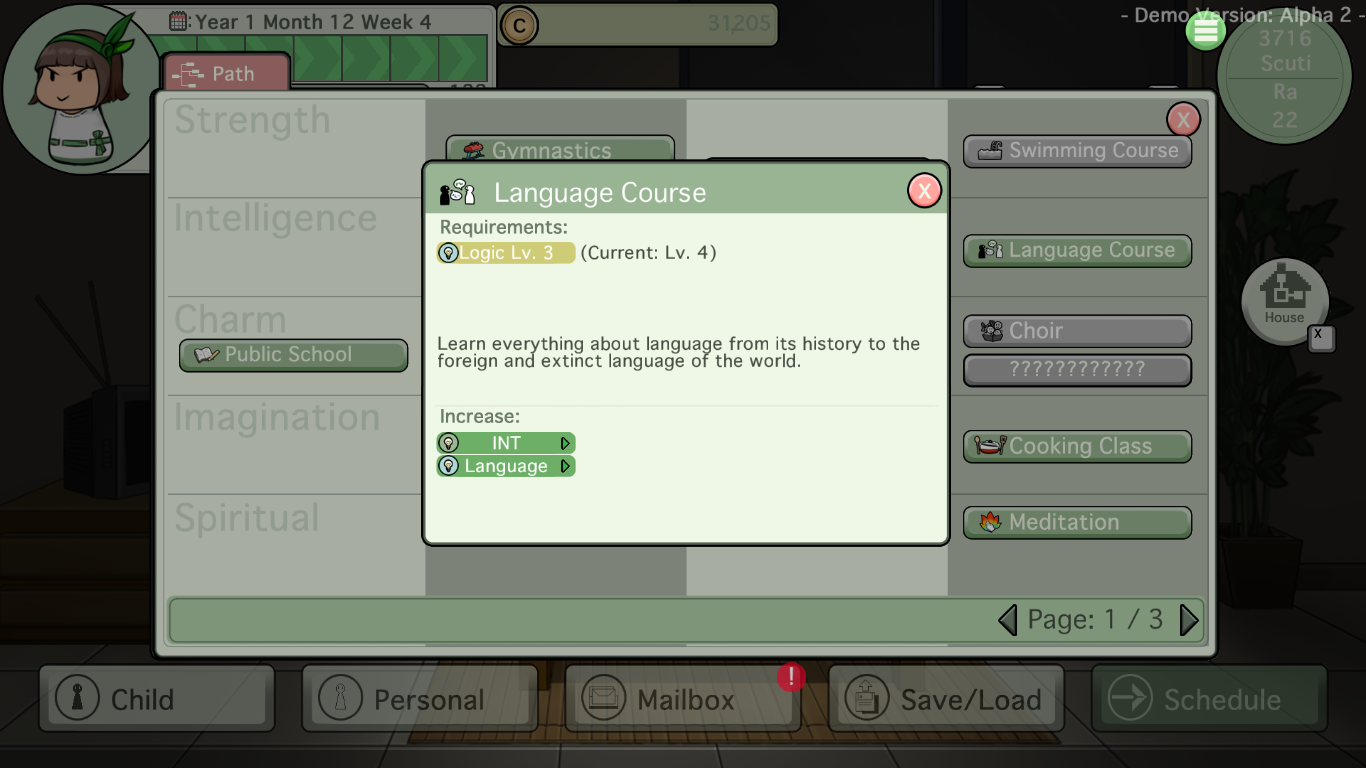 As you can see in the screenshot, the Language Course Activity requires the Logic skill level 3 for it to unlock.
But if you already raised the logic skill to level 3, then for any reason the skill drops back to level 2, the language course activity will be locked again. And that’s not all… 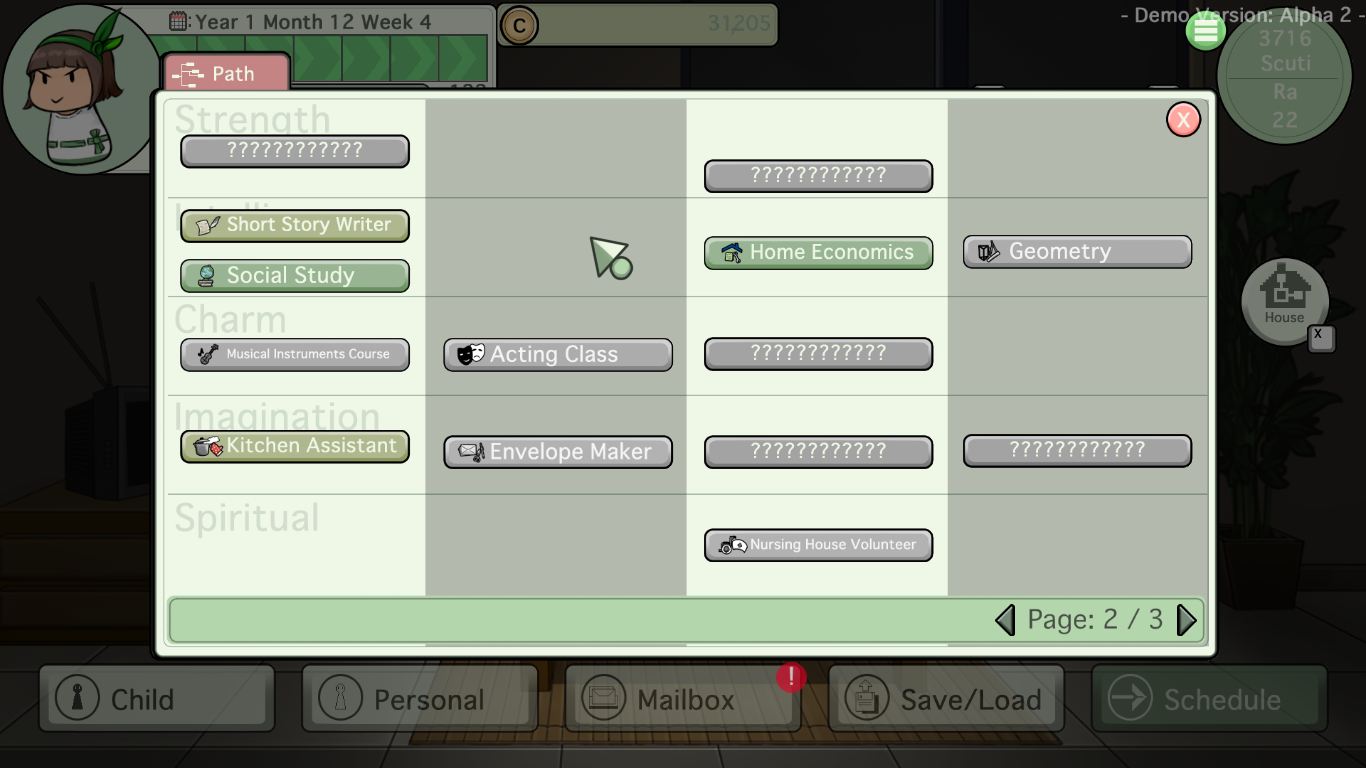 Do you see the Shortstory Writer and Social Study activities? Not only do they have their own skill level requirement, but they also require the Language Course activity to be unlocked.
This means if the logic skill level drops from 3 to 2, those 2 activities will be locked as well.
So if you want to keep those activities unlocked, you have to manage your child’s skill properly.

The second thing is… well, you already read the above title, we are planning a Kickstarter!
The Kickstarter page will be up on the 25th of October.

In the meantime, you can check our draft page at prefundia below:
Prefundia.com.

Or help us spread the word with thunderclap:

The Kickstarter funding will mostly go towards quality improvement for the music, and voice overs for the game.
But don’t worry, regardless of wether we receive the necessary funds from Kickstarter or not,
we will still finish the game. Still, your donation is very much appreciated!

That’s all from me, this is RikuoTanaka, signing out!