In this 11th entry on Ciel Fledge devlog series, our programmer talked about the recent UI change from the designer that surprised him.

Anyways, let’s move on with the devlog! Today I’ll talk about the general progress, and what’s to come!

Usually, I don’t have much to say when it comes to decisions regarding the visual design of the game.
It’s not my forte, so numfank and wltr3565 usually did most of them. I only comment on them once it’s there.
But there is one thing that I find odd. And that is numfank’s desire to change the menu design so frequently.
In fact, he did it this week! Here is the screenshot of the new menu design: 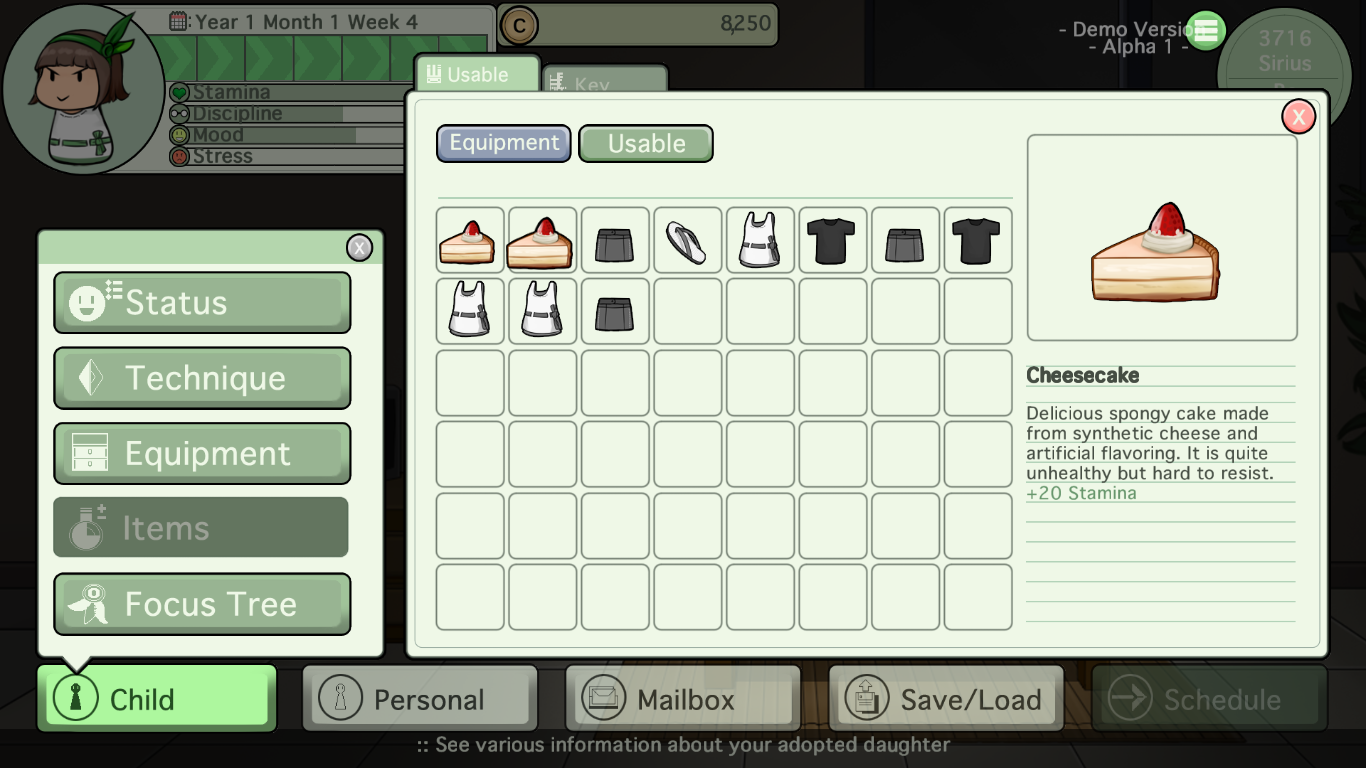 Now the menu buttons are square-shaped, and they fill the entire bottom of the screen. Looks pretty!
I have nothing against these design changes, especially when it is for the better.
With that said, I do hope that this doesn’t become recurring trend. Especially this late in development…
Oh well, only time will tell.

There is also another minor, yet very important change.
In the current build of the game, you can change the resoulution setting… but there’s one problem.
Those resolution changes nothing while in full screen mode, it only applies the change in windowed mode.
As such, no matter what resolution you are on, the game will still hog the same amount of resource.
That is until now. Thanks to wltr3565, our skilled programmer, the resolution changes in full screen as well.
See it in action below! 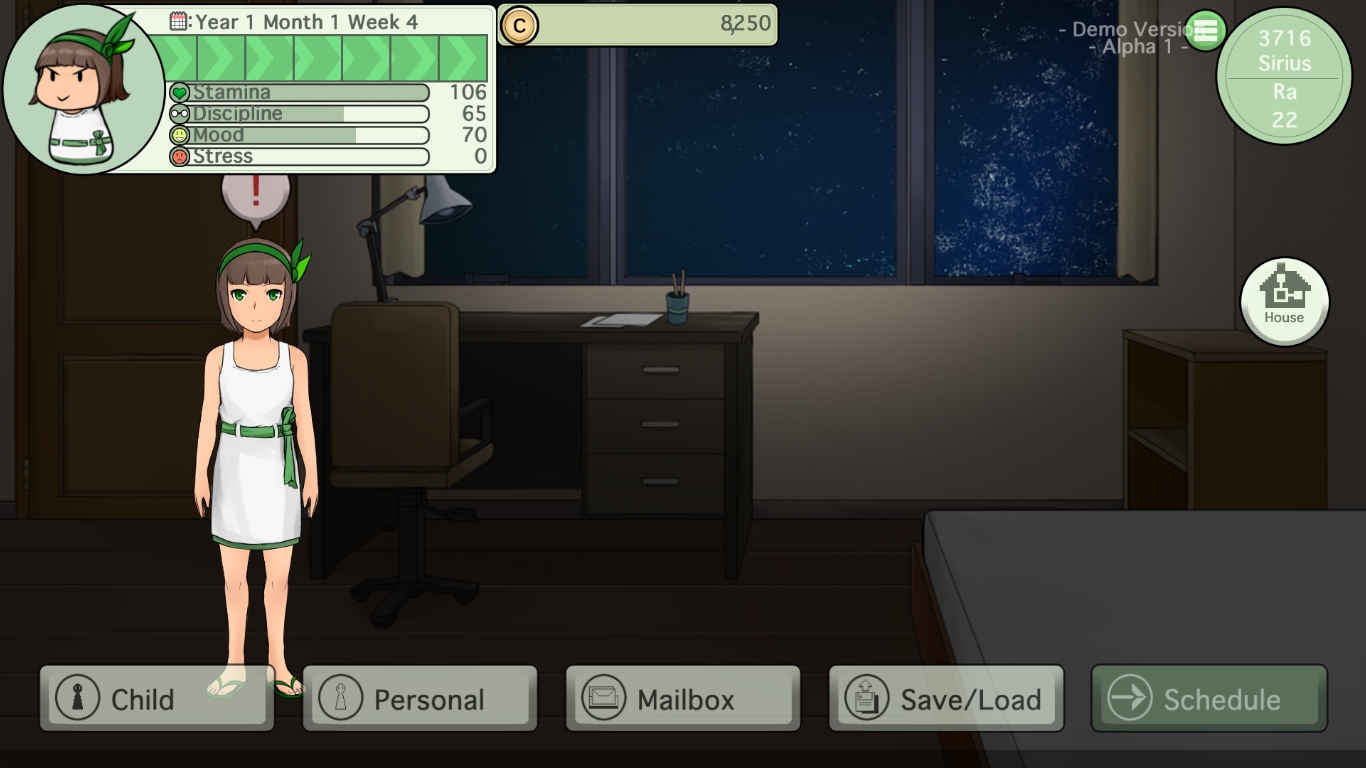 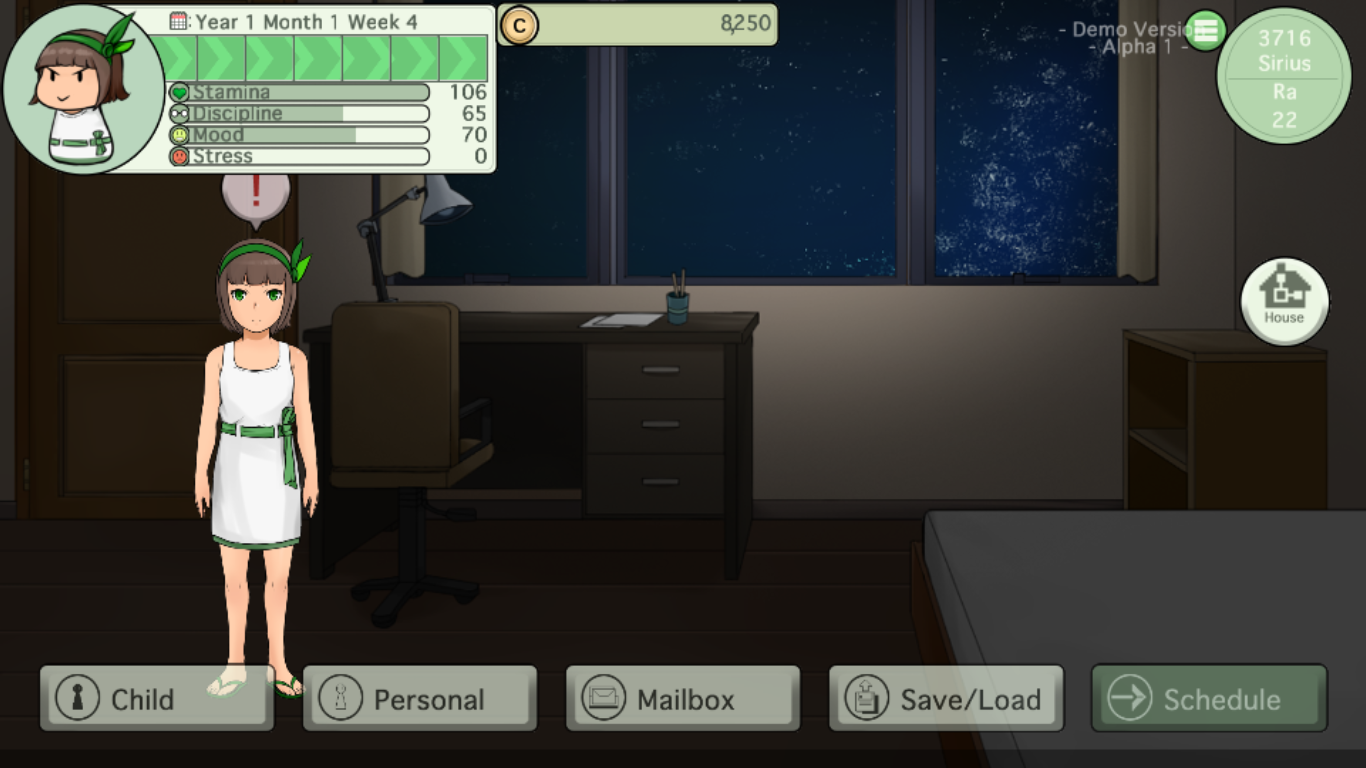 Needless to say, this will be a helpful option for those who only own low-end PCs.

Currently the team is working around the clock for the demo build, which will be released to the public at a later date. The game is mostly complete, with only few of the gameplay mechanics left to be implemented.
With that in mind, expect a lot of new features to be, uh, “featured” in the next few devlogs.

Anything else to say… oh, E3 has already come and gone, and it was amazing. So many new games to play.
I wish we can showcase our games in an event like that. One can dream.

That’s it for now! This is RikuoTanaka, signing out!