Ho ho ho! The Stargate Modding Group wishes you a Merry Christmas and comes with a nice Christmas Special! You want to get to know the Wraith? Then read this Special! :)

the whole team wishes you a merry Christmas!
We all hope you did get a lot of presents and had some nice days in the family.
We at least have spend some funny and nice days and want to give you now our own Chrismas present.

Today's special is mainly about the Wraith. I'm sure many of you are wondering how their units will look like, so we give you an overview over the smaller units. We have 2 renders, 1 in-game shot and the fitting hardpoint layout for each ship, so a lot of pictures for you! Beyond that we have a nice video of a tactical mission, as they will await you in Pegasus Chronicles.

First for today, the known-from-the-series Shuttle. It will drop infantry on ground battles and serve as a transporter in space for them. 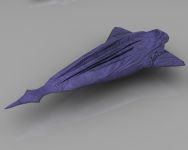 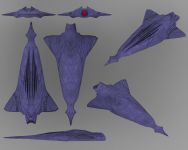 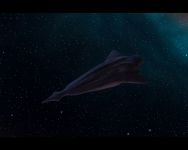 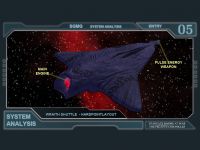 Next is the already known Scout again, although it is not really one of the pretty ships.^^ 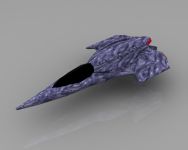 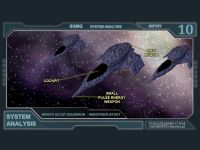 Like every faction, the Wraith have a standart fighter too. It is the well-known Dart. It will be the backbone of each Wraith fleet. 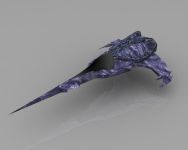 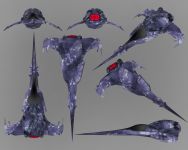 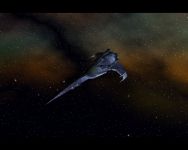 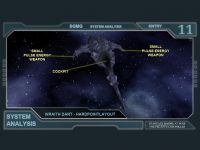 Attacking capital ships with Darts is kinda useless, that's why the Wraith use their own Bomber from now on. Those green bags will drop very large Plasma clumps. 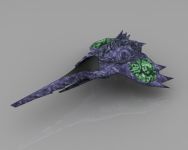 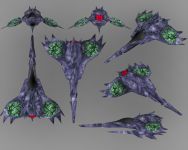 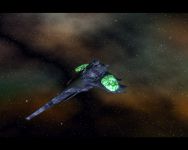 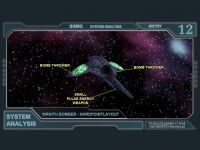 As the other races have technologically superior fighters, the Wraith had to invent their own heavy fighter. The result is the Heavy Dart. With its speed and weaponry, the Wraith draw level with the Tauri and Goauld. 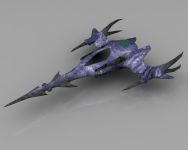 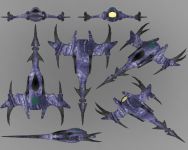 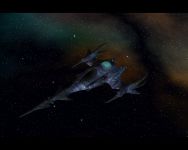 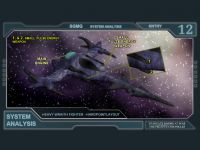 The strongest fighter is useless, when it can't be in the battle, that's why the Wraith use now small corvettes as escortes for their capital ships. They are mainly designed to counterattack hostile Bomber. 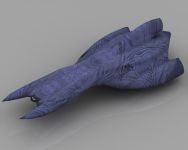 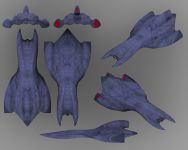 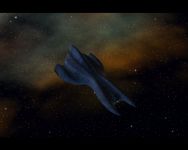 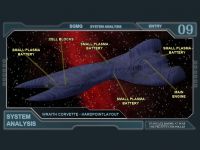 We have now revealed the first 6 Wraith units. These are of course not nearly the whole Wraith fleet, that's why we have a funny gimmick for you. It is a render of the complete Wraith fleet, but we have blurred the un-revealed ships. You are cordially invited to guess and to discuss, what ships they could be.
I'm sure you know at least 2 of them. ;) 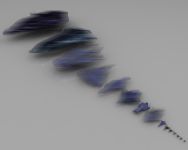 But that's not the only part of the gimmick. You need to use your imagination in the next picture too. What could it be?

Last but not least we finish the Christmas Special with a video. It shows the complete Tobin mission, which will later be in-game. All contents are still WIP(work in progress).

That's it for today! The whole team hopes you had a lot of fun with this special and that we haven't disappointed you!
We wish you all the best are looking forward to suprise you next year with some new stuff!

brilliant merlin and i hope the team had a brilliant christmas and a nice time off they really do deserve it :) looking forward to the mod :D

Ha i voted long before you put this up :) I assume that mission leaves out the part were they get lost right?

Well, that won't happen during the mission itself (as you can see), but maybe after it. That's actually not decided yet.

Wow. I loved the video. That is one of my favorite episodes. Can't wait to play.

Hi, i just want to say i totaly love this Stargate mod and i play it all the time.
I want you guys to keep up the good work!
I just wonder do you know when the you will release the next patch or is that TBA?
Looking forward for next patch!