Some bad and some good news: An unavoidable delay of the Beta, breakthroughs in the Elder Scrolls world and more! 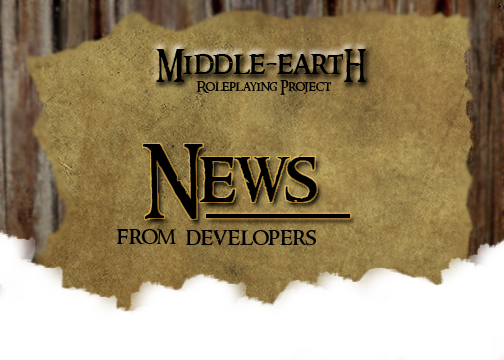 Due to tool limitations we were forced to reconstruct the MERP mod, to make sure future merges of new content will be compatible and without errors. We had to recreate some of our regions and re-organize our master files completely, which took several months. During this time, many of our developers were unable to continue their work, which has caused a significant delay in our progress towards the next release.

Since we are still in the final part of the process of this reconstruction, we can't give a solid ETA yet, though the next release is imminent.

This means that you will have to wait a little bit more for 0.2.5. Only a few weeks that is. However with this delay, we will have the time to add some exciting new things! Believe me, it's worth it!

In the meantime, i'm gonna show you some new features of our upcoming Beta along with a few future ones!

Oh and... Merry Christmas everyone!

MERP Launcher
We begin with our new launcher made by AlasdairHurst! Here is a video of it, narrated by him, with Abbottaerospace's magnificent music piece playing in the background, while the launcher window is open. We hope you like it!

Visual Development
This department has made significant progress all this time Exteriors, Interiors and Moria have stopped working. We also have two new members, Nefandir and ZenTSaw! Give them a big welcome! They deserve it! And you'll see why now! Nefandir, for his application, made the Mirkwood Knife or if you want, the knife that Legolas carried with him. 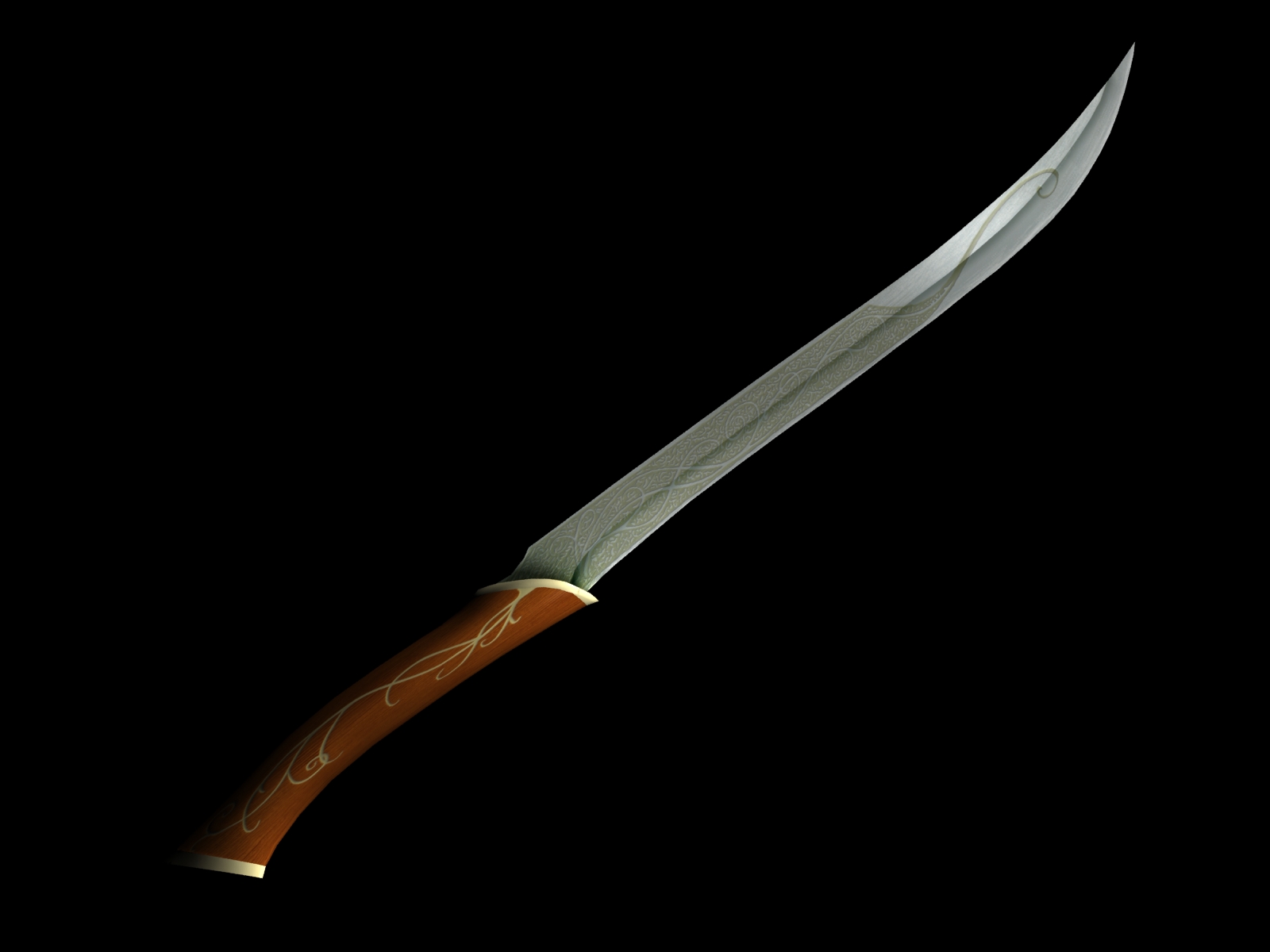 Beautiful, isn't it? Now on to ZenTSaw!
ZenTSaw is a very good creature modeler. And what did he model for his application? (You are so gonna love this one) A fellbeast...! (Base model by Mr. Siika) 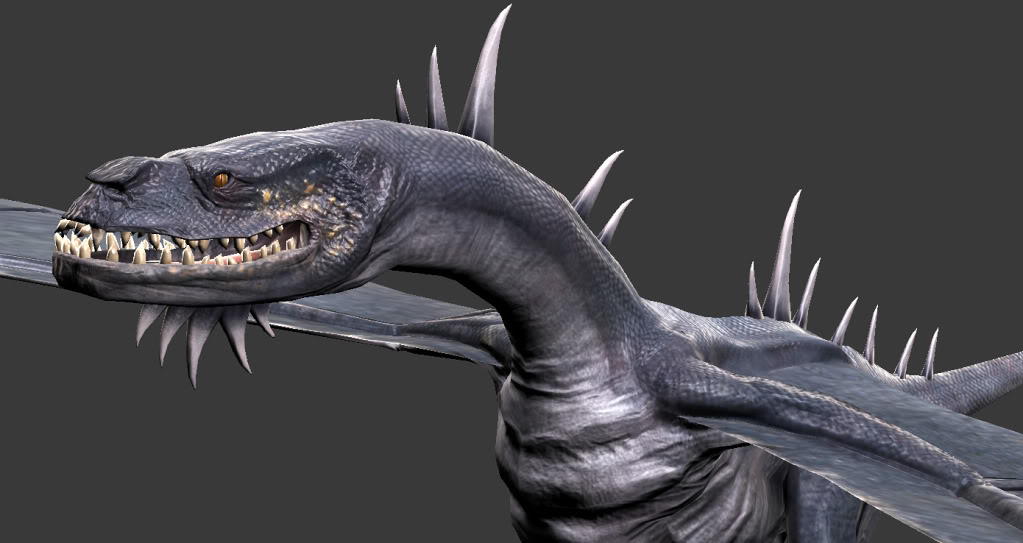 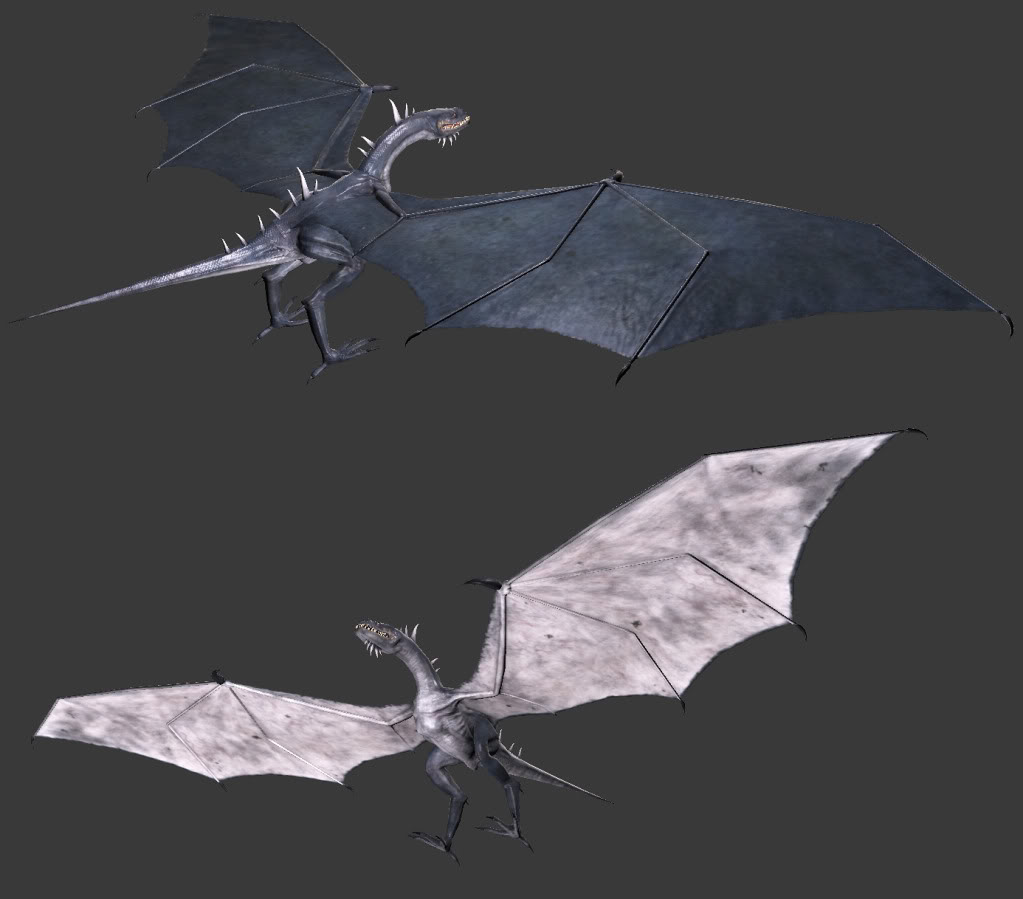 
Wow, huh? Now it only needs 2 things: Its armour and to be animated, which is MEB's job!
Now we need a Nazgul to ride it, right? This was taken care by JustB. He created this amazing model of the Nazgul: 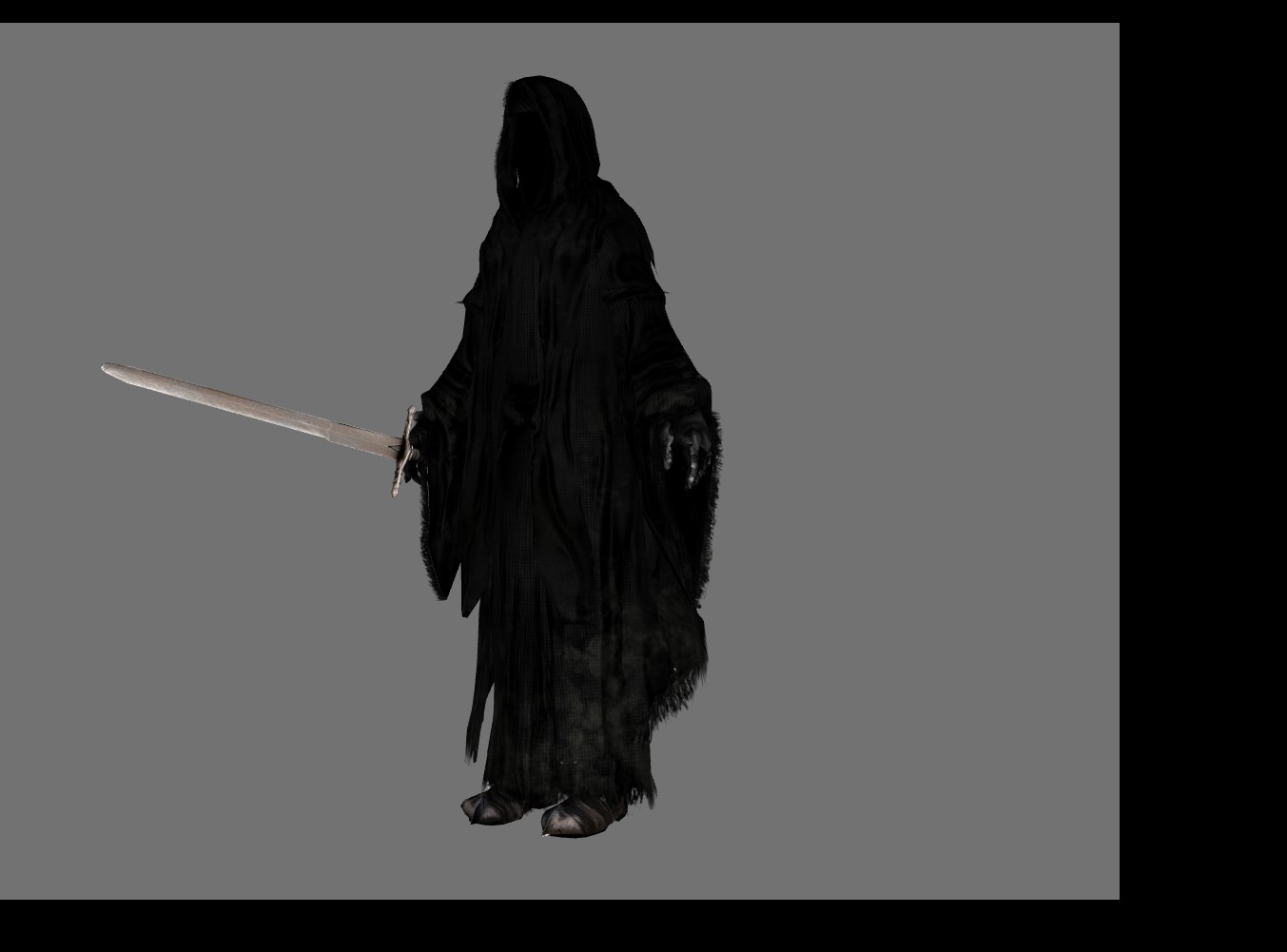 By the way, Nazguls will have unique animations!
Now i want to move on to a sword that most of you know well: Sting!

The Sting
As it's one of the most important weapons of the game, and one that you will see A LOT in the Ringbearer storyline, it should be perfect. I want you to tell me if there is anything better than what JustB made... 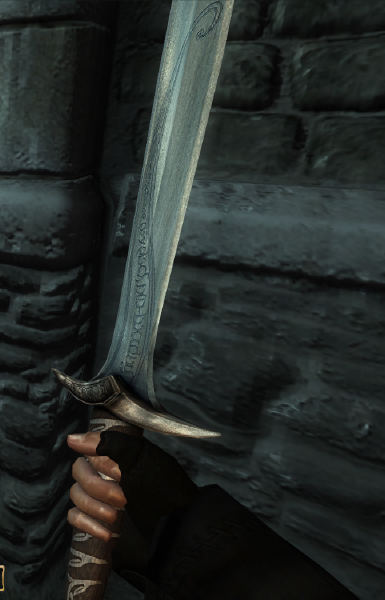 It's just... beautiful! Great detail on the hilt and blade! But this is not everything i have for you on Sting! I believe you all know that Sting glows when orcs are near, right? Well, here is a video demonstrating this effect. Script made by GoldenEagle and visuals by Maegfaer! We hope you like it!

That's all i have for you from the Visual Development! But we are not done yet. I have one last thing to show you. One of the gems of MERP! Something so big that will shock the whole community when it's finished! Some of you might already know it as...

Note that it's an early version with some problems that will be fixed.
And now let's take a look at Mounted Combat and Spears, 2 things never seen in Oblivion! Notice, also, how the horse throws down the enemy as it runs towards him!

Incredible, isn't it? And it's still in its early stages! There are a lot more to see!

Also don't forget to visit:
our Dev forums if you want to contact us or you need any help and
our YouTube Channel

If you want to apply for MERP, post an application HERE

So that was all for this update! We are sorry for the delay but it was unavoidable. And it's really not so far away, just a few more weeks. At least, i hope you liked what you read and saw.

We thank you for understanding!

Awesome looking forward to what you guys do with this!

your avatar reflects my face perfectly.

Neat! Will there be an automatic installer?

Yes, an installer will be included in the next release ;)

my oblion is on steam + on extensive harddisk because of this i can't play nehrim will merp give the same problems?

Wont Oblivion lag from such large groups of units?

Quote from Names_are_useless - "Have some faith in the MERP developers here! We got quite a few ideas to how we'll do large-scale battles without too much lag ;)"

From the second Youtube clip: "My FPS was killed due to the amount of actors on screen, but we can fix that with low poly horse skeletons." With that said, I assume you are or at least will be using lowpoly actors as well. Are you going to use the model swap system for better quality on nearby actors, or will these NPCs always be lowpoly?

I also want to say: this looks absolutely great! I'm very impressed by the third and fourth clip, it's like one of my dreams come true; Rome - Total war-battles in first person!

We'll use the swap system ;)

I was going to give you -1, but accidentally hit the minus-button :( Sorry...

i cant see the nazgul or the sting images, rest is great though :)

have the same problem... :P

Theres is just one thing that would make this mod even greater. A Multiplayer. Adventuring together as an Elve and a Dwarv^^
But i know this is impossible^^

Mounted Combat was thought impossible, too. But here it is ;) I'm not saying this is easy but no one knows what future will bring us.

Actually, online multiplayer in Oblivion is NOT impossible ;) . Now, we aren't doing it and currently do not plan to coordinate with the Oblivion Online team to try, but IF Oblivion Online gets working, then who knows what we'll do? ;)

Awesome work guys! The mount and blade style combat is especially exciting, it's exactly the thing i've wanted in oblivion for a long time.

Seemingly good news on the whole. Keep up the morale, MERP team, this stuff looks awesome!

I fully understand the delay, i cannot wait for this mod its going to be epic. Can i ask a few questions.
1. Have you worked on any of the models for the fellowship? boromir, Aragorn etc
2. Have you started on creating Helms Deeps yet?
3. The horse combat looks brillient, what other creatures will be mountable?

1. Not yet as there are A LOT more important things to do know!
2. No not yet as our strategy is to follow the fellowship's path and also to finish one region at a time, and the region we are currently working on is Eriador.
3. Well, hmmm... I'll keep that a secret. For now ;)

This is looking great. I can't wait to play this in full form someday.

MERP Team be careful when using Mount and Blade AI and Combat. The fighting system becomes repetitive and the AI are not intelligent. You against many means the AI will swarm you swinging rapidly. The way you beat them in M&B is by moving backwards and slashing in one direction. It's a broken system in M&B. Please develop the fighting system, don't take it all from M&B, maybe throw in some Deadly Reflex, Mount and Blade, and your own touch. And the AI is stupider than Oblivion's in M&B. A good example of a system would be Assassins Creed in AI and Combat.

Don't worry, we are aware of the flaws of Mount & Blade. It's impossible to copy it exactly anyway, everything is recreated from scratch and thus everything we implement is well thought about. The face hugging you have in Mount & Blade will not appear in our combat system.

We are attempting to combine the best of both worlds. ;)

Although not the system from two worlds!

yes there will be new orc models - that was just a test ;)

please hurry! I cant't wait any more. This is so exciting! hope moria will be giant