Description of a new long-term module Tirdar and the screenshots of new plants and objects.

This is the third article in a series of articles about updates. This time we are talking about new module Tirdar and what “module” means. Also we show new content like plants and objects.

Module is a subsetting in Changes where actions happen in specified location with its specific problems, regions, quests, villains and factions. Nevertheless, it still the part of the game’s main lore.

We have already developed most of the module. However, we will add a lot of quests for different default factions, their settlements. Also we will improve current map and region balance during some time. Generally, we are planning to support and promote this module as the main module until game’s release and some months after release.

Location of Tirdar: Tirdar is located in the territories of the lower countries (South Holland and Zeeland IRL). Cataclysm caused by the War of the Gods changed the local climate and terrain. Badlands formed not so far from the marshes and shore, and they were populated by mysterious creatures and plants. 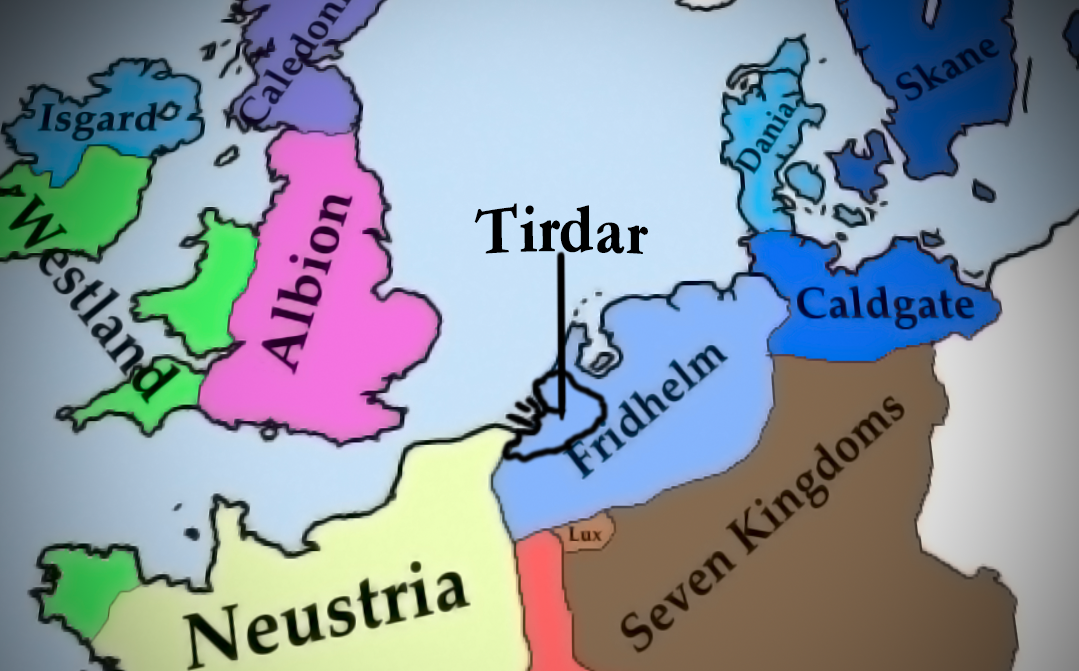 Chronology: Until 809 was under the control of the Frankish Empire. The beginning of the Gods War split the empire. Vikings took advantage of the situation and began to seize the coasts of continental Europe. In 811 massive Grand Earthquake happens, the terrain changes and the legend of Tears of Mifia borns. People begin to call these lands as Tirdar. Fridhelm was founded by Horik in 816. Soon he helped the inhabitants of Tirdar to defeat the black dwarves from badlands and won the respect of the people. And in 820 Tirdar became a part of Fridhelm. In 838 the throne of Fridhelm inherited Halfdan. In 847 his place was taken by his eldest son Lukonis the Baldhead. Tirdar began to get out of king's control because of his incompetent management. Year 867 - the beginning of the module.

Description and conflict: According to a local legend, the goddess of knowledge, Mifia, became very sad after the death of the Dragon-Guardian during the Gods War. Her tears spilled onto the ground, and after that the biggest part of them turned into a bloody black crystal – Tears of Mifia, which collected all her malice and sorrow. The one who will be able to find this object of power and subordinate it to himself, will get the power of all evil spirits from the otherworld that roam the aether mountains of Tirdar, and no one else can compare with him in might. This artifact was the only chance for the ruler of Friedhelm Lukonis the Baldhead to restore lost influence and control over territories. He turned for help to the Cult of Eternal Tree, an evil organization consisting of mysterious and powerful sorcerers, and asked its members to find that artifact. The price was very high – 9,000 slaves for the dark rituals. Army of Lukonis began to steal villagers from the settlements of Tirdar. People of Tirdar, a land located in the west part of Friedhelm, was enraged and began organizing numerous uprisings. Over time, the neighbors from the west, franks of Neustria, and the southern Lotharingian states heard about the conflict, and each of them decided to take the rebels under their influence in order to take control over the region. In the future this gave rise to internecine wars among the rebels.

Shortly after the beginning of the uprising rebels discovered that the rest part of the tears of Mifia scattered throughout the mountain parts of region and formed a magical ore, known as the aether ore. When the blacksmiths found a way to craft weapons and armor out of it, it made a revolution in military affairs. Blades from the aether ore penetrated even the most durable iron chain mail. The ore fever attracted Celts and Anglo-Saxons, as well as numerous gangs of mercenaries and adventurers.

Finally, none of the major opposing forces could not establish control over the region, wasting all the forces in the struggle among themselves. As a result, the fate of Tirdar now depends on the local inhabitants and adventurers who flooded these lands in order to take advantage of the situation. 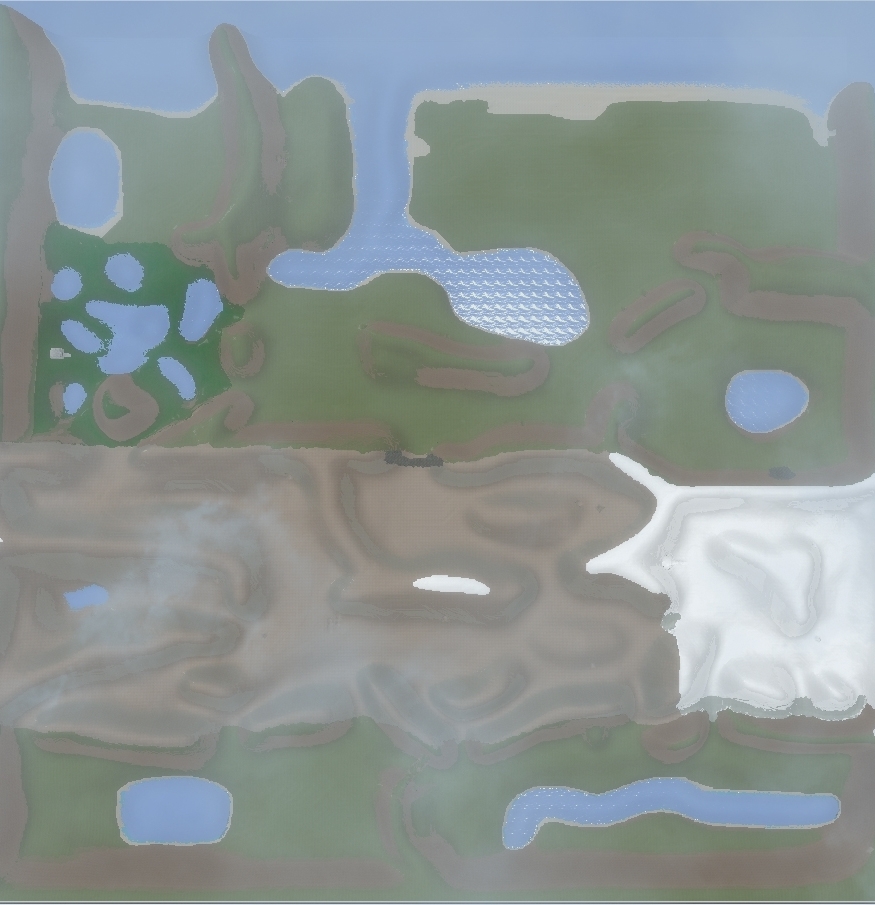 Tirdar is divided into various regions. Very soon, players will be able to conquest and control them. Controlling regions will give not only coins and experience to the members of a faction-owner but also extra protection for characters’ buildings and give various defending buffs. Regions near sea are very fertile but the regions in the middle badlands contain precious aether ore. Perinis and Lavland are the most important and richest regions. Faction gain extra bonuses and special buffs for controlling them and usually become the most influential in the location. At least, until a bunch of lesser bands unite, defeat it and conquest one of these regions. 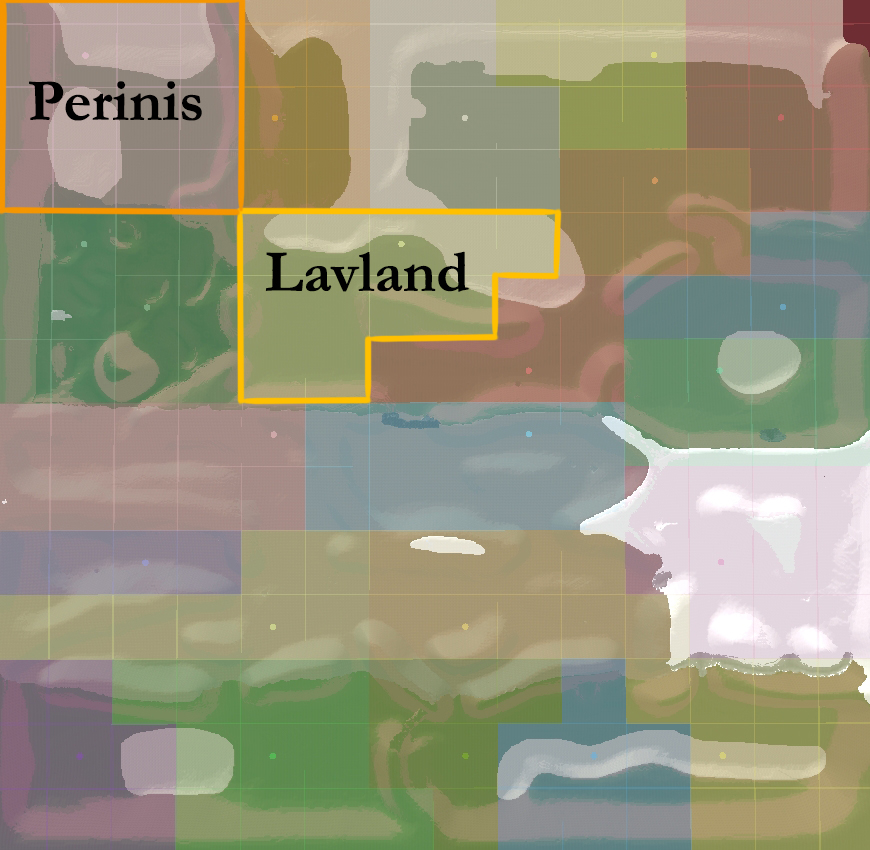 Cave system for diggers and marginals. 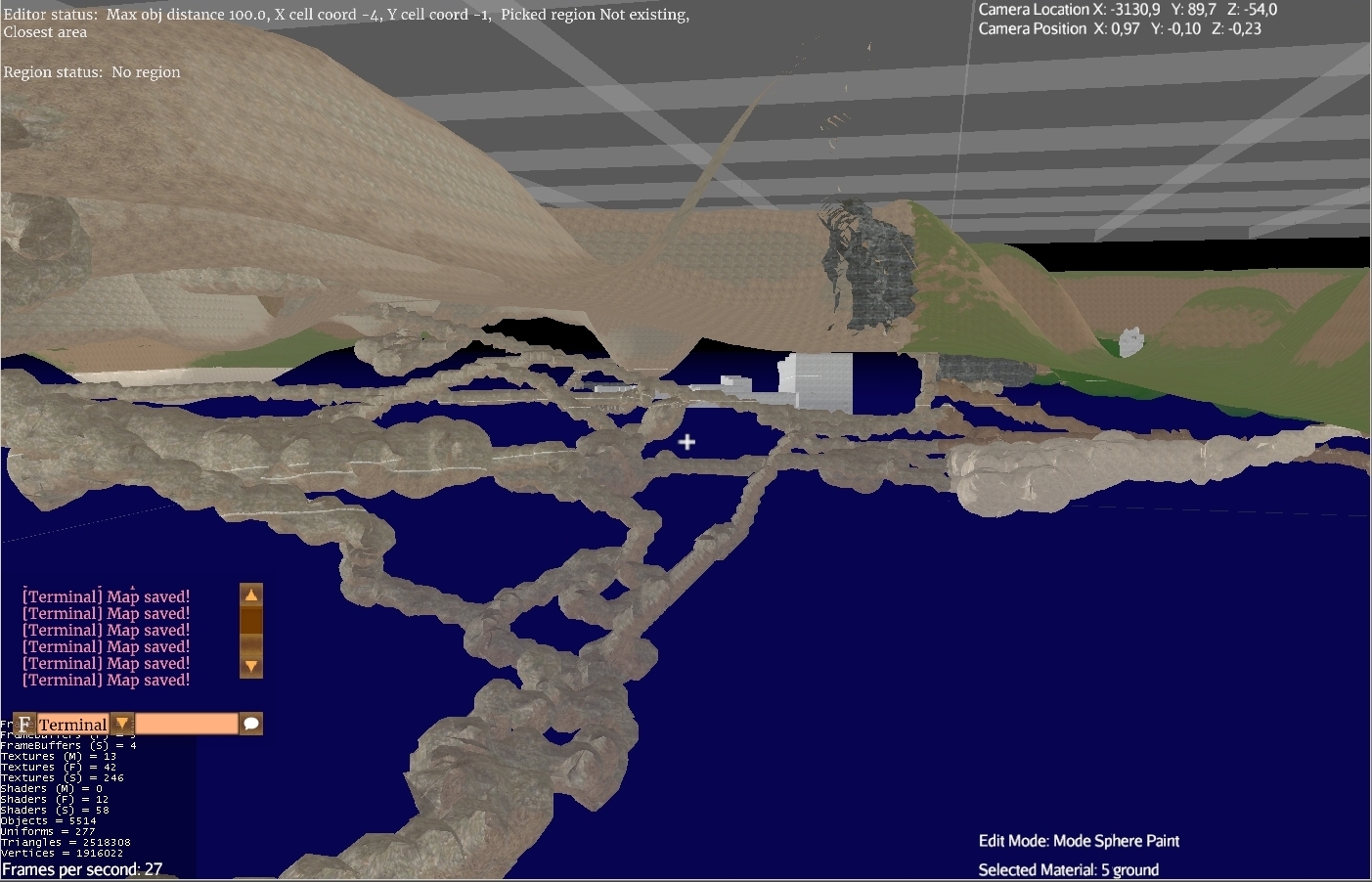 We continued adding new content. Many of our assets we get via SpeedTree. Also our modeler Kieran made a great job. 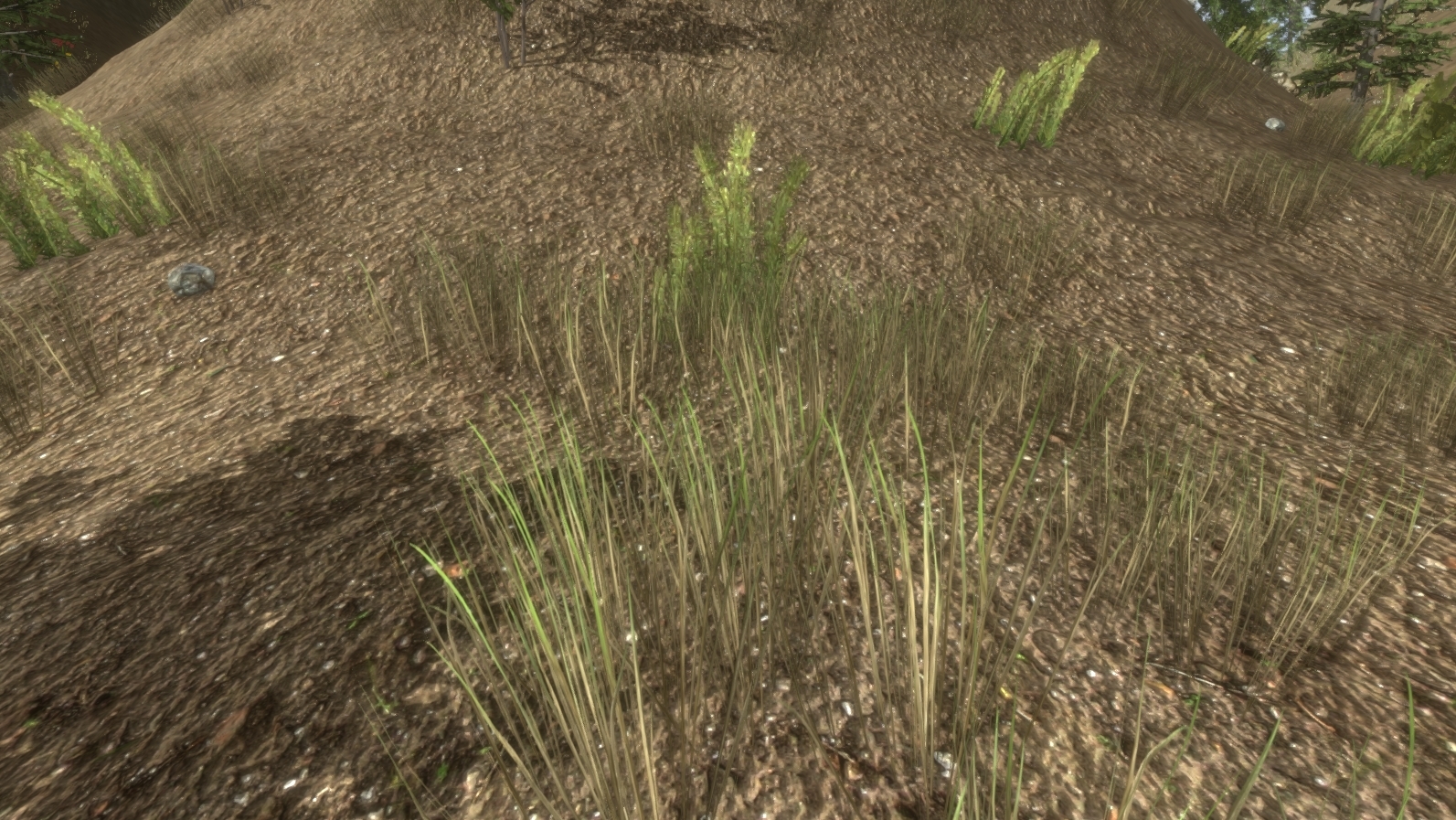 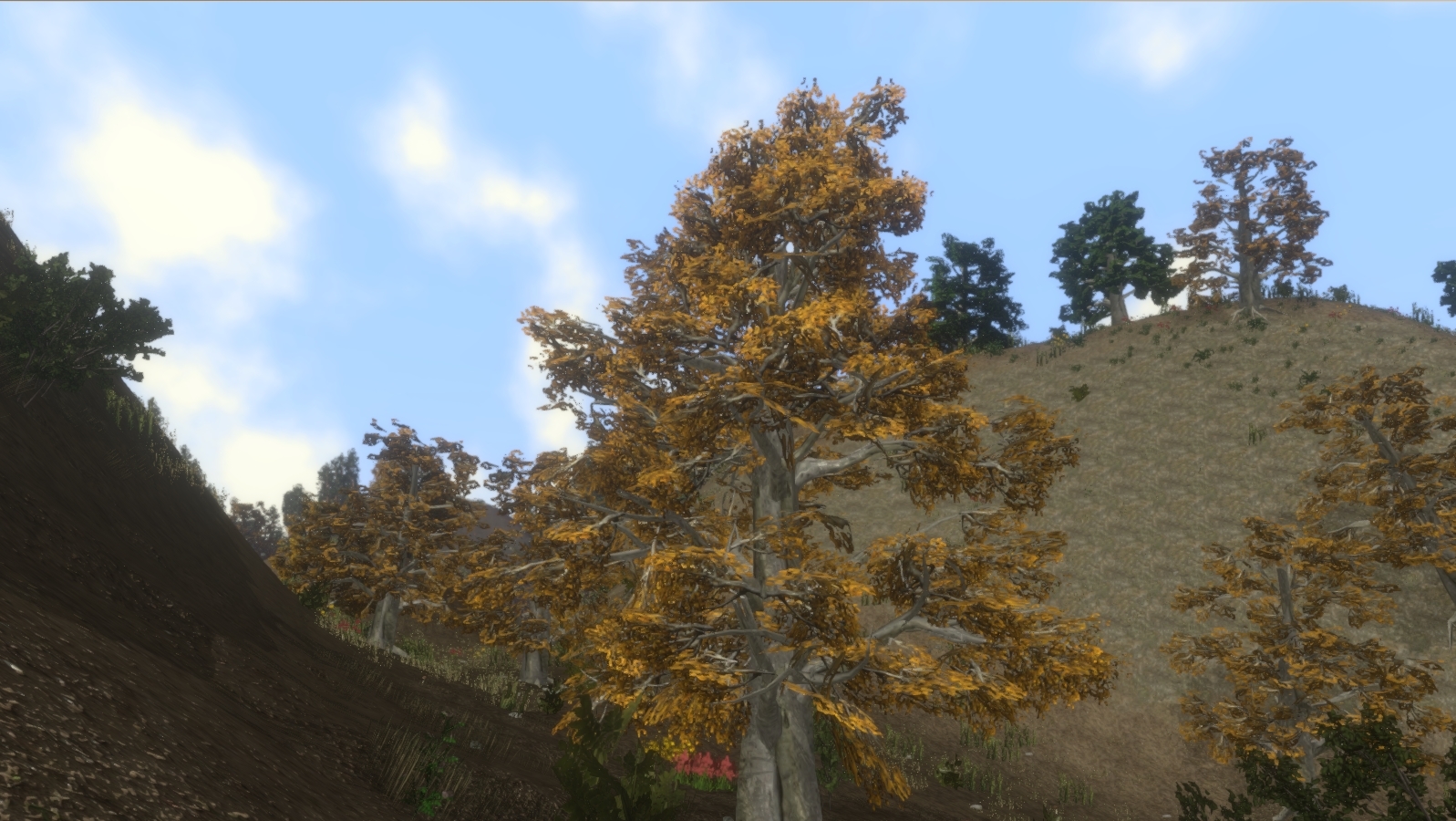 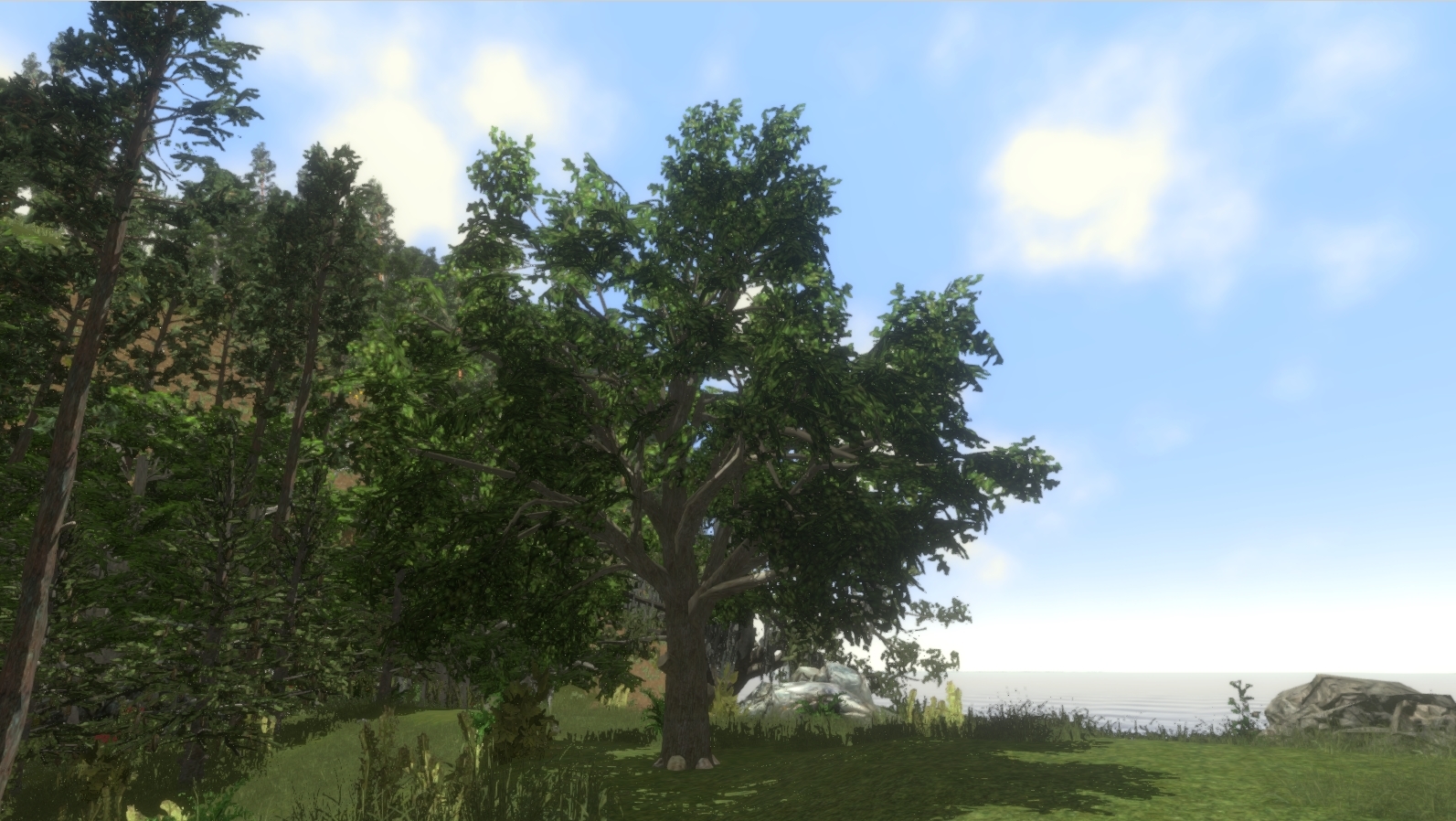 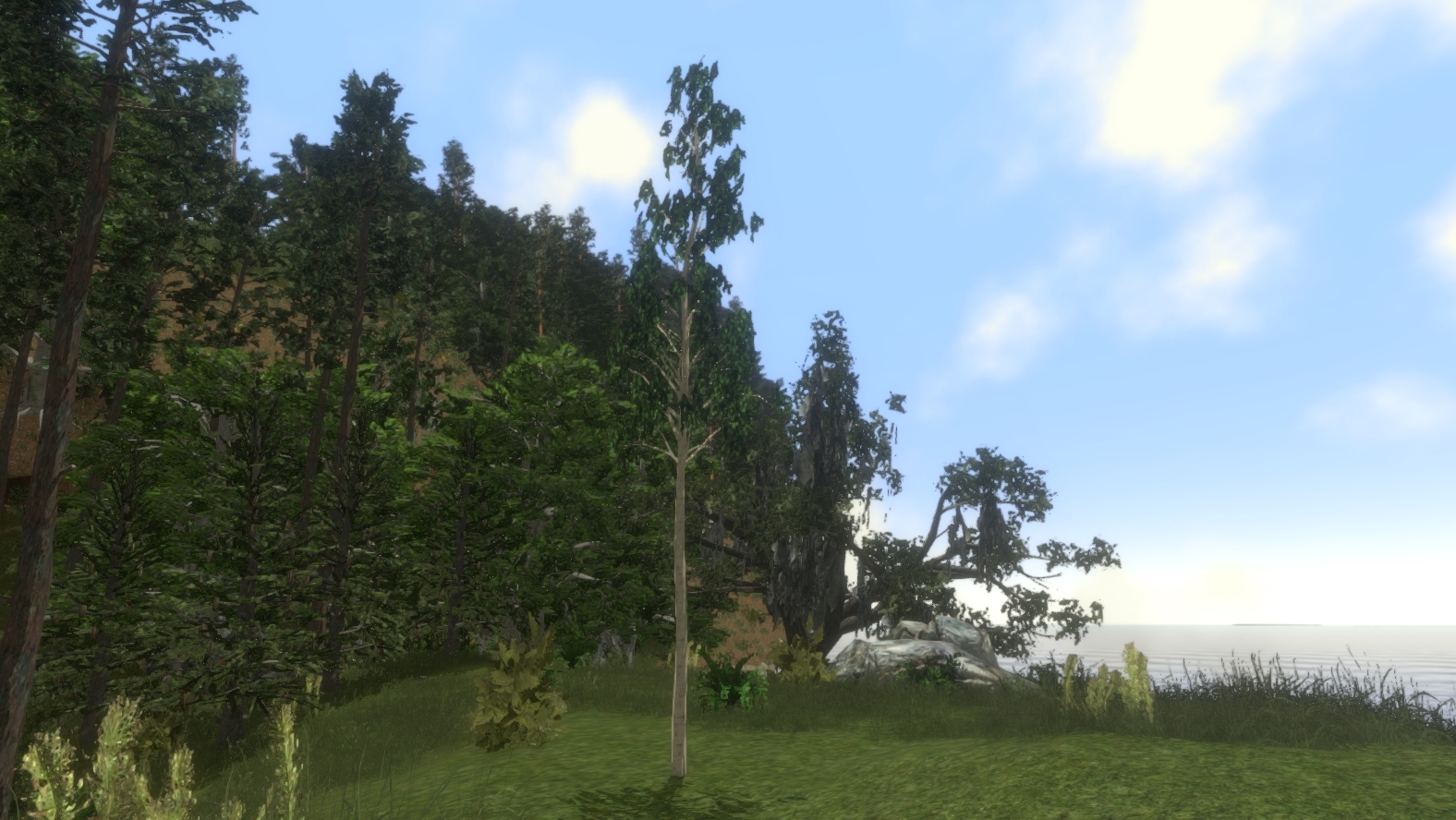 Cattail for future swamps. Swamp biome is not fully ready yet but it’s a big step to the finish. 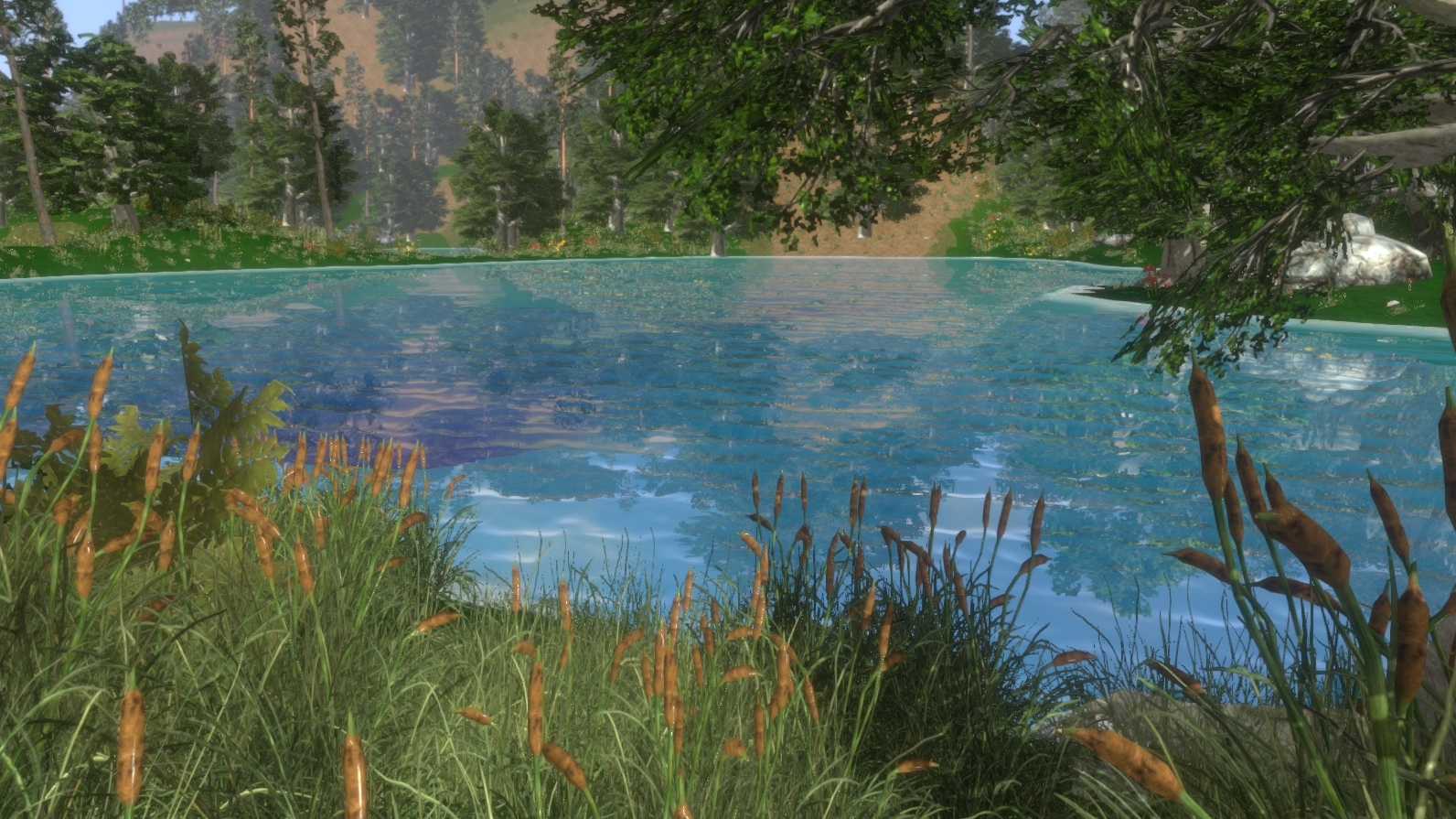 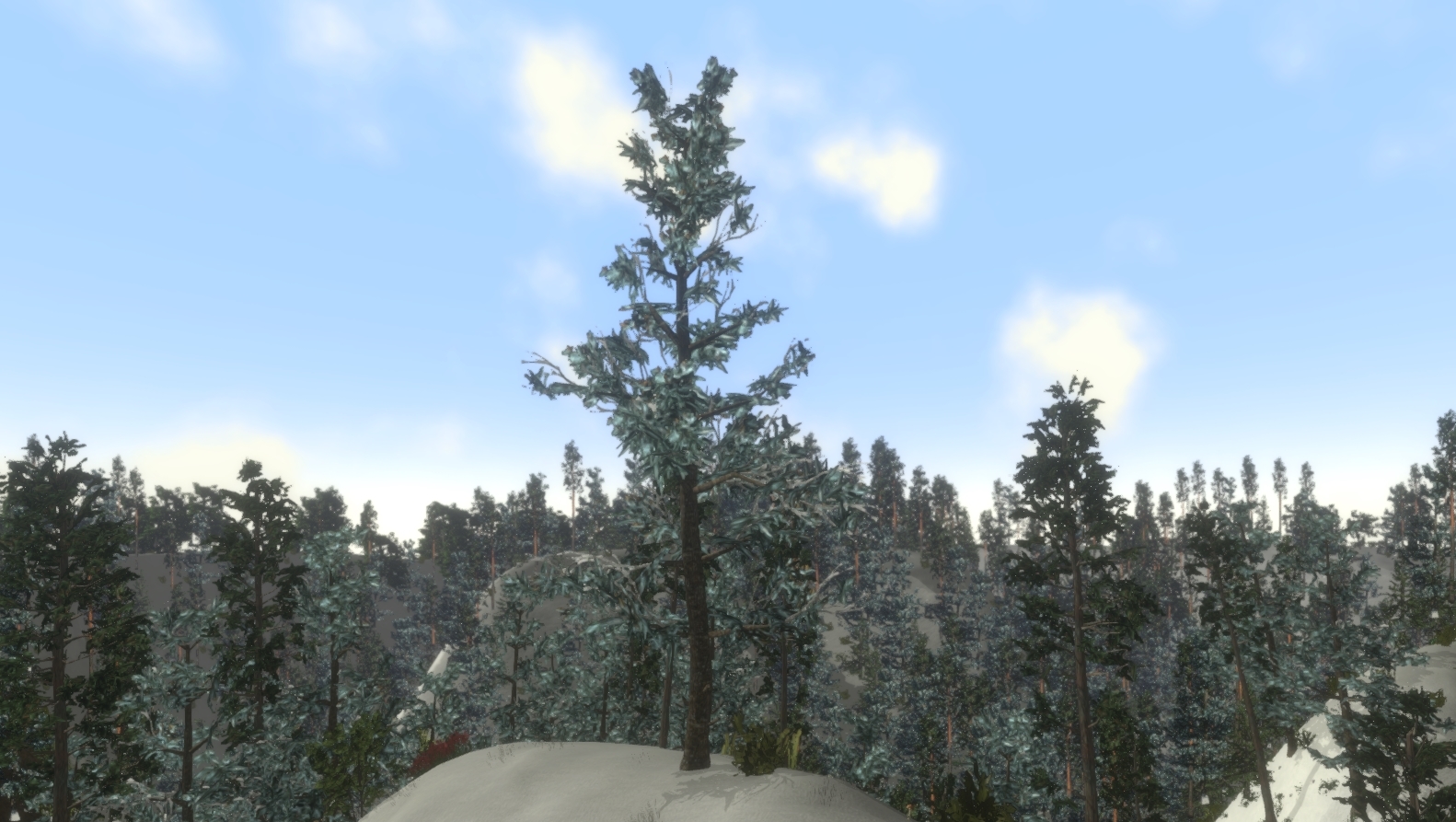 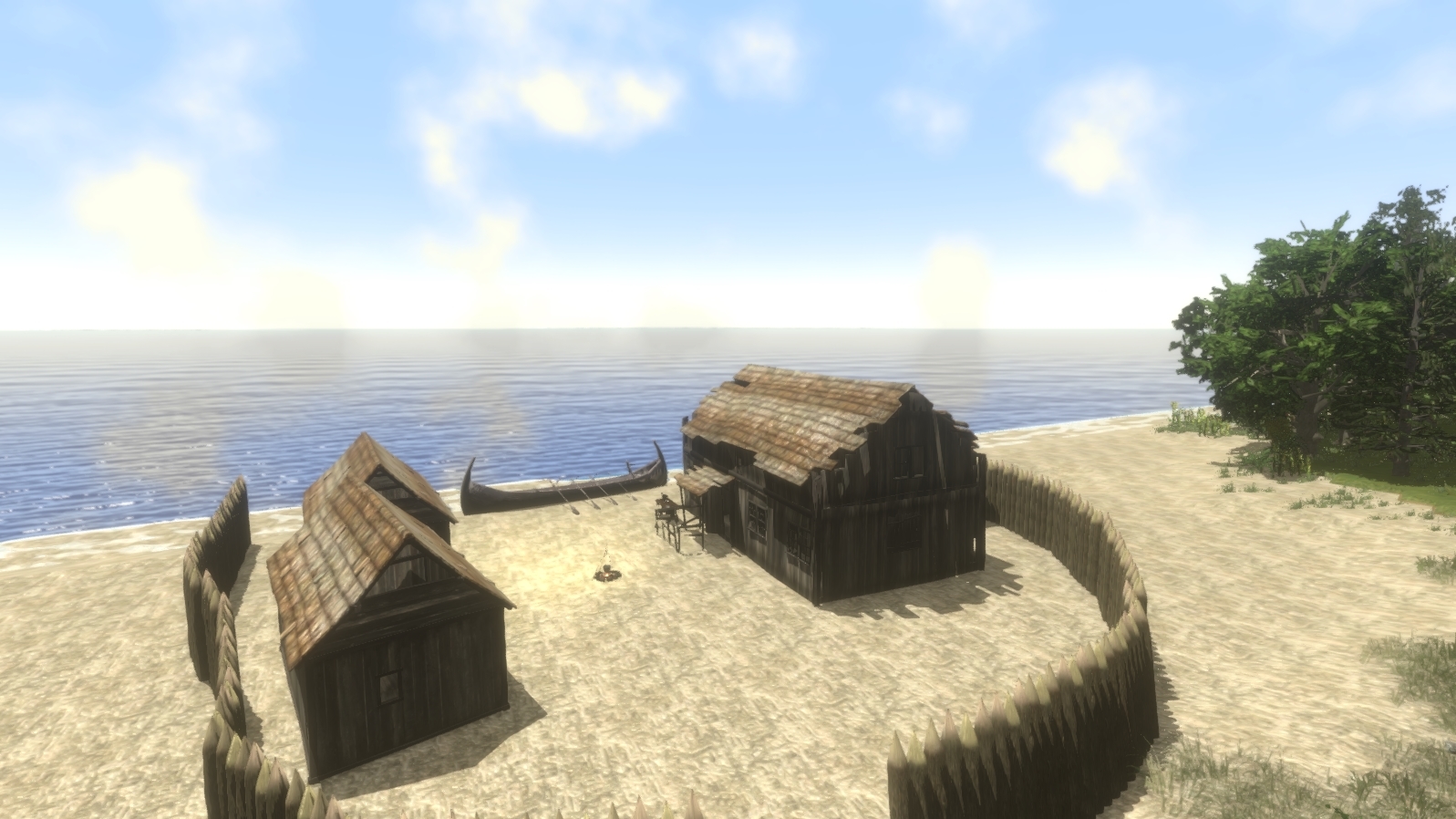 Aether ore to craft the most powerful weapons and armor.
Located in the most difficult and hardcore regions. 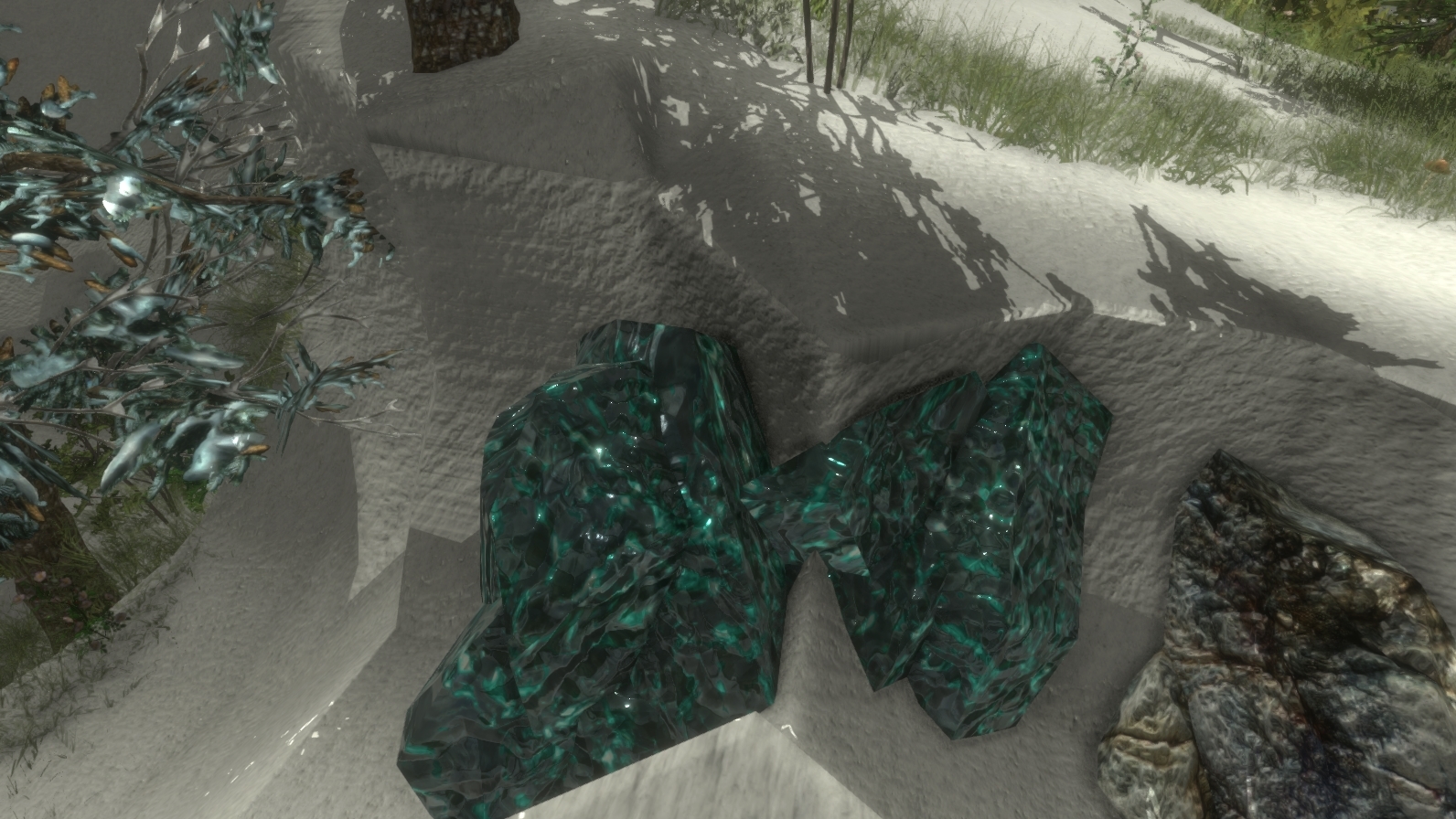 That's all for now. Thanks for reading. I hope you enjoyed it! Don't forget to follow and visit game's page for more information. We publish changes every 2-4 weeks.