I have decided to start a series of chlogs. What is chlog? Simply it is changes + log. Firstly, the word ‘blog’ is too overused. Secondly, chlogs have a freer format and can also include different discussions and offers. I will post them every 2-4 weeks. 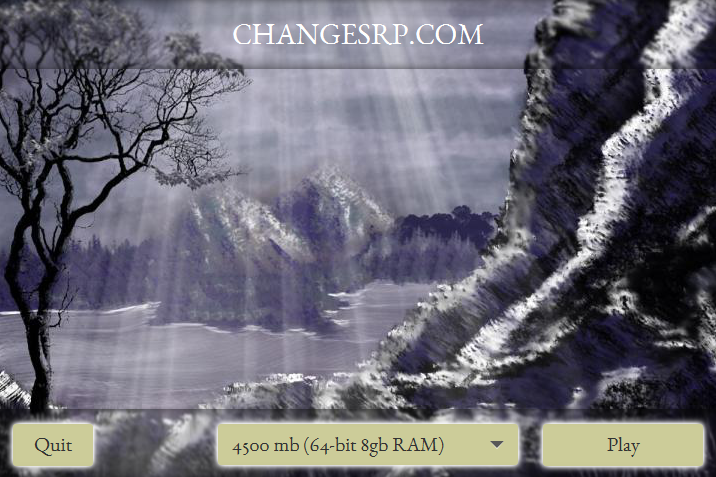 We made the very important thing – launcher. In future it will automatically update the game and show relevant news. But for now it is useful too. Changes is written in Java. And Java applications use virtual machine that can’t configure the allocated memory by itself and require external scripts. Launcher does everything for you. Also it takes into account the operating system (Windows, Linux, Mac) and can optimize game settings for it automatically. 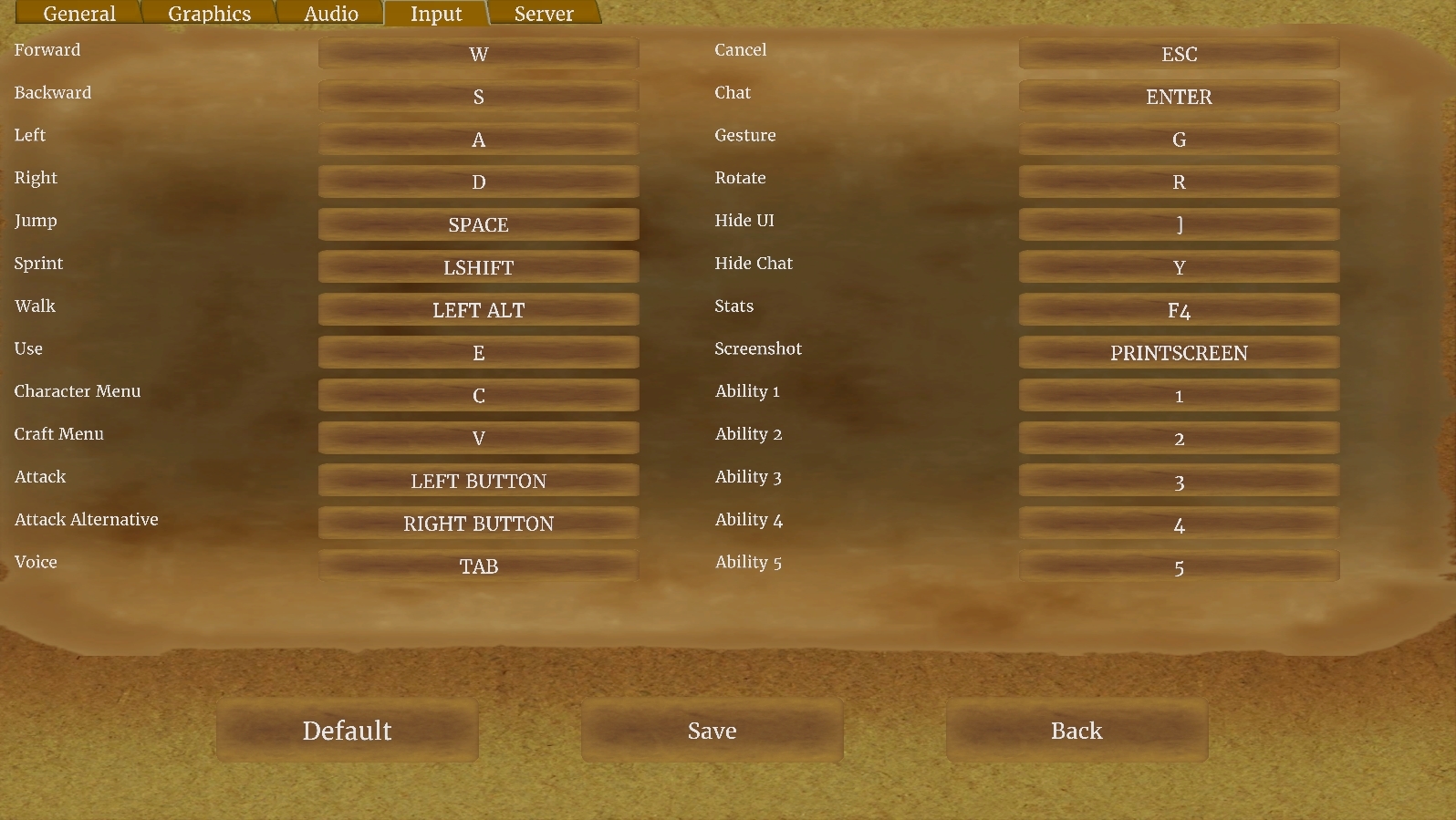 Surprisingly, but Changes didn’t have these options. Of course, we fixed this misunderstanding. For now, player can do everything he wants with the input settings and learn about secret menus if he didn’t know about them before. 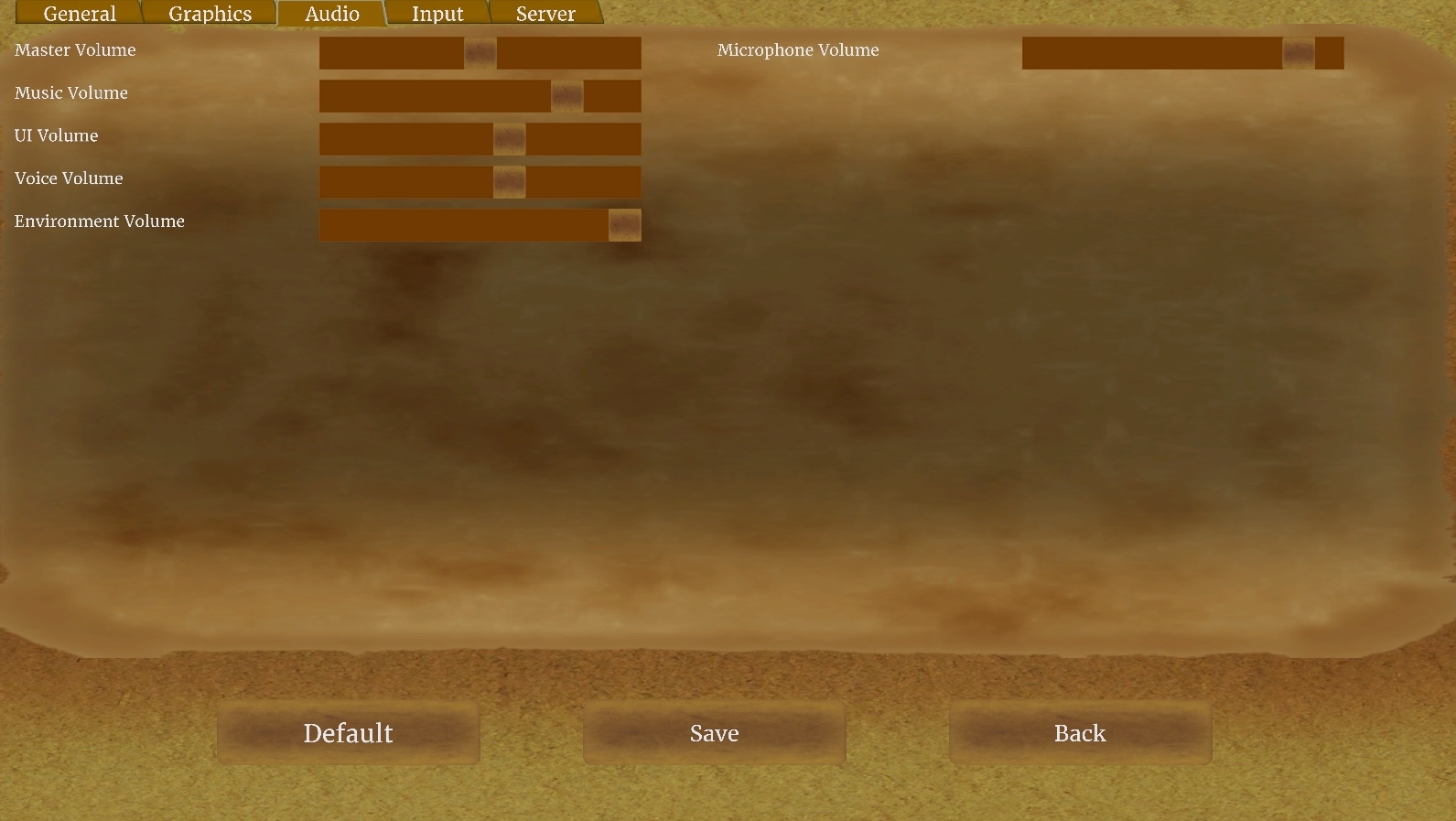 The same with audio settings. In future we will add ability to switch between audio devices.

And another thing about it – default button. As you can guess it restores default options. Can be very useful sometimes.

The last but the sweetest major change is a death system.

In the MMOs your character can resurrect and he becomes a simple boring tool which should farm, kill bosses and pvp. We want to create a true atmosphere in the game world so everyone could believe in it and even feel it. In Changes there are no immortal characters except gods. But you can agree that simple permanent death is too hardcore and cruel in RPG games because it hurts to lose your favorite character.

We have a very good approach for you. Characters have a mortality rate – chance to die after losing all health points. If character has 1 mortality rate, then he has 1% chance to die. Of course it is small enough so you shouldn’t care a lot about stupid deaths. But not so easy. If character was killed by another character his chance to die is increased by the deadliness rate of opponent which is 1 (1%) by default. Of course, we made some perks that reduce mortality (for players who are ready to pay some power for confidence in the future) and increase deadliness (for mercenaries and killers) rates.

This Russian roulette will breathe life into the gameplay. For now, you can forget about popular nowadays grind to succeed strategy. People who don’t like to risk will prefer pick peaceful roles like blacksmiths, builders, bards, brewers and workers. And they will find a common language with the born warriors who are ready to die for the weapons, armor, gold and beer. Tavern will again be the center of events. And the characters will become more alive and realistic because they are mortal. 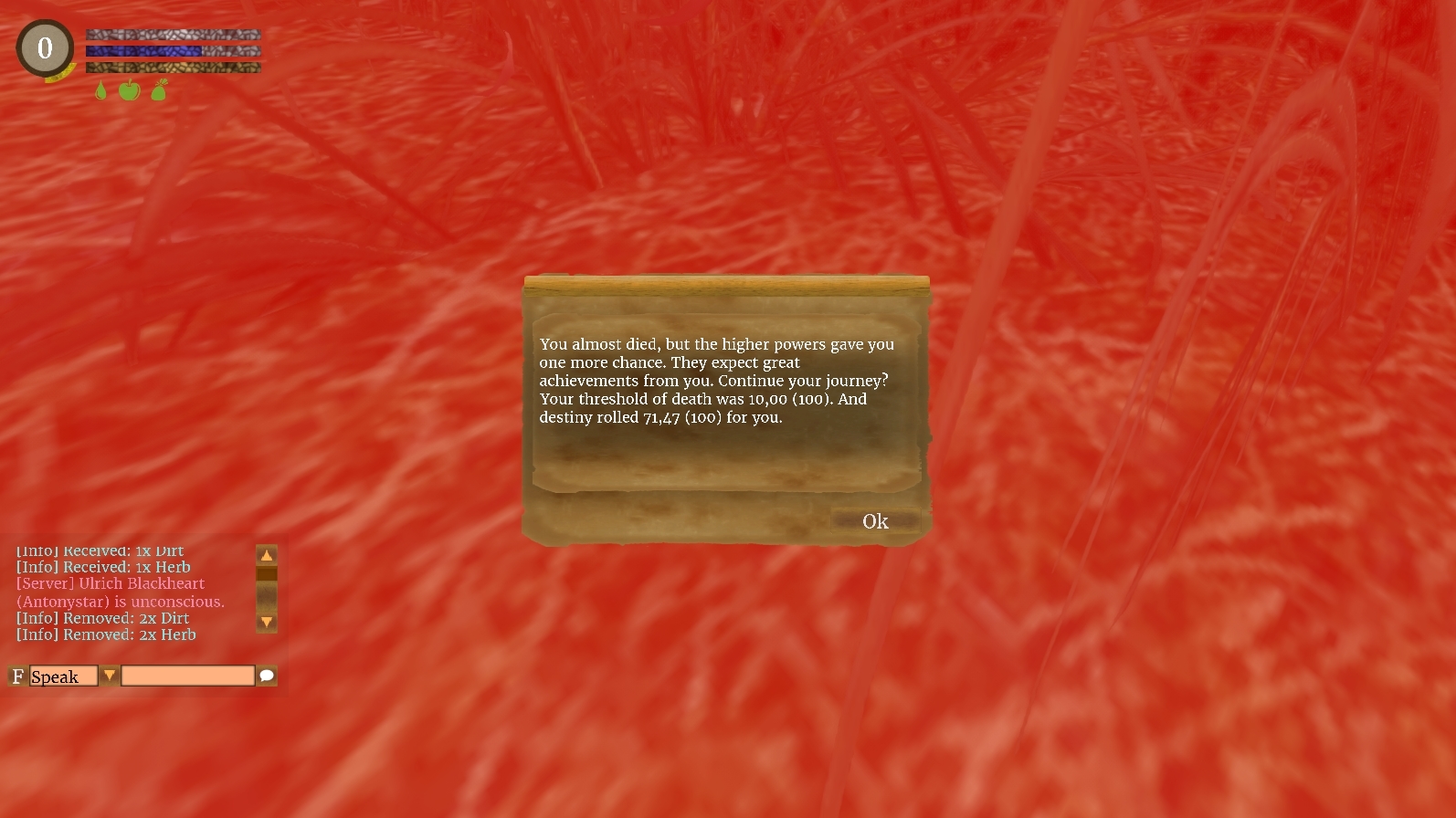 Character was defeated but the higher powers gave him another chance. 1% mortality rate by default. However, it is 10% because it was increased for showcase purposes. 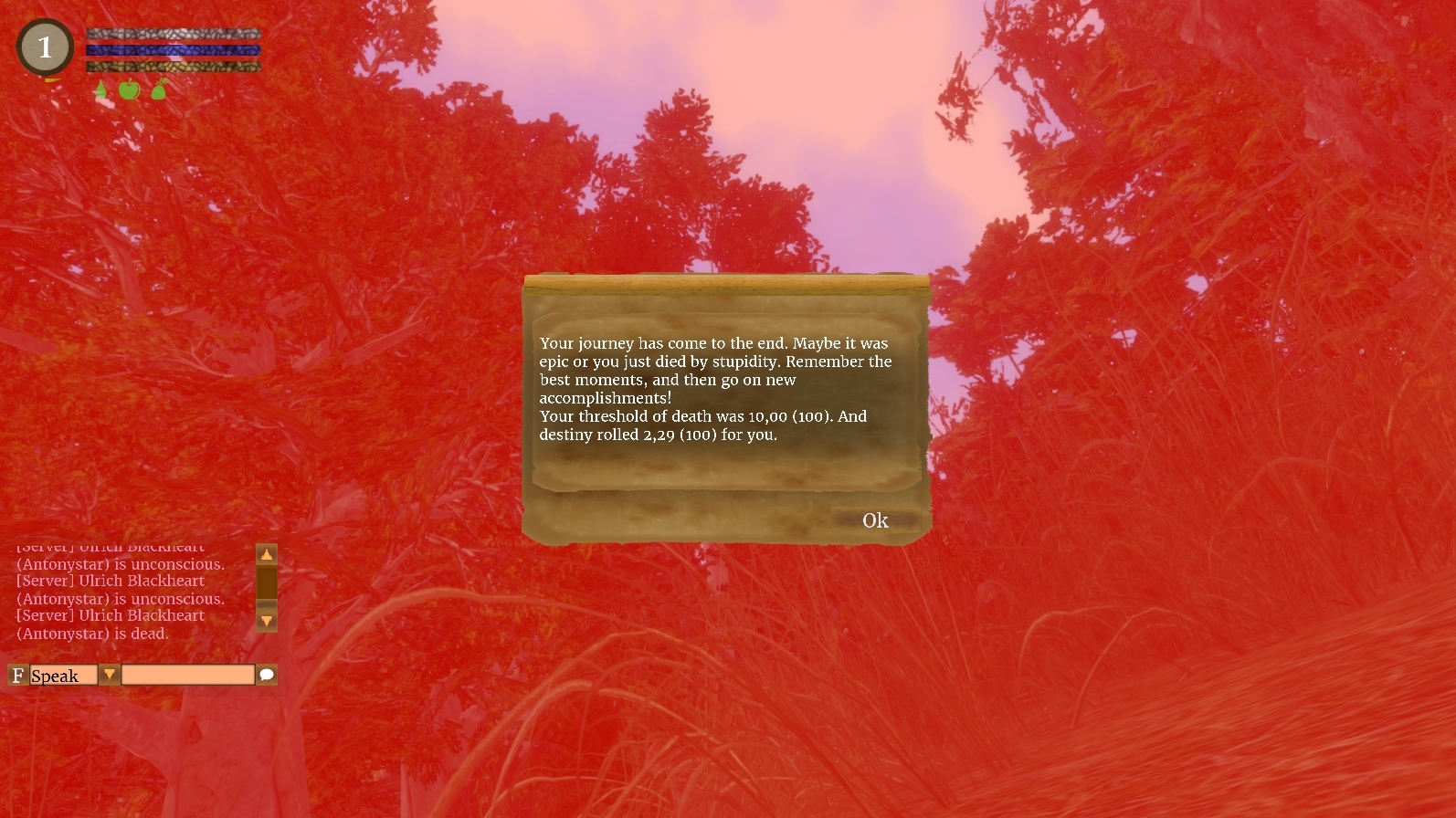 Character was unlucky enough and died. You can also see how (un)lucky you are with the chances to survive. 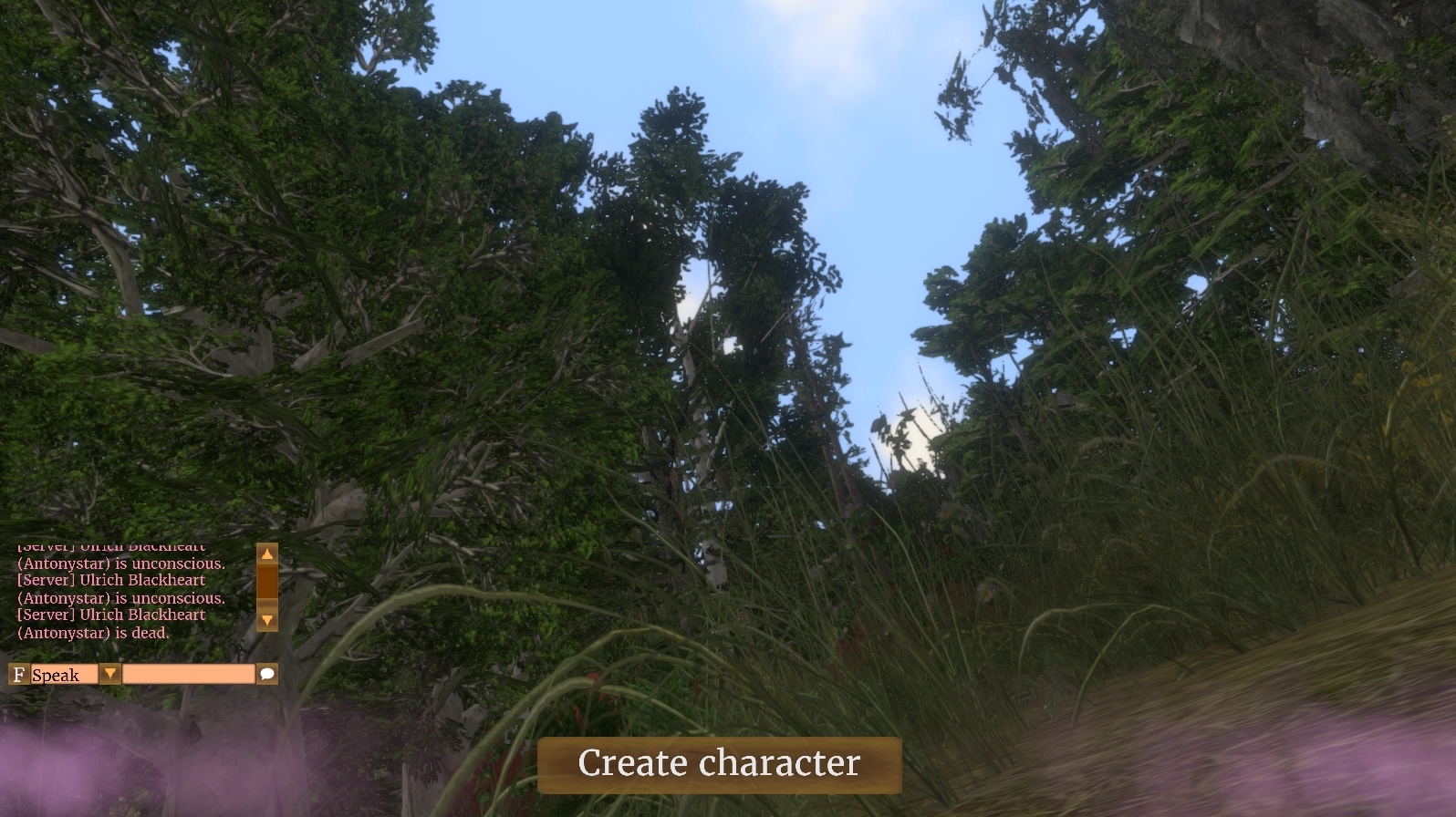 We are looking for a grammar nazi who has some free time and enjoys correcting mistakes. We have a lot of material about game’s lore to show but we want to make sure it presented in a good quality. Contact me if you’re interested.