We are happy to announce that v2.0 of Chipmonk! is now available! 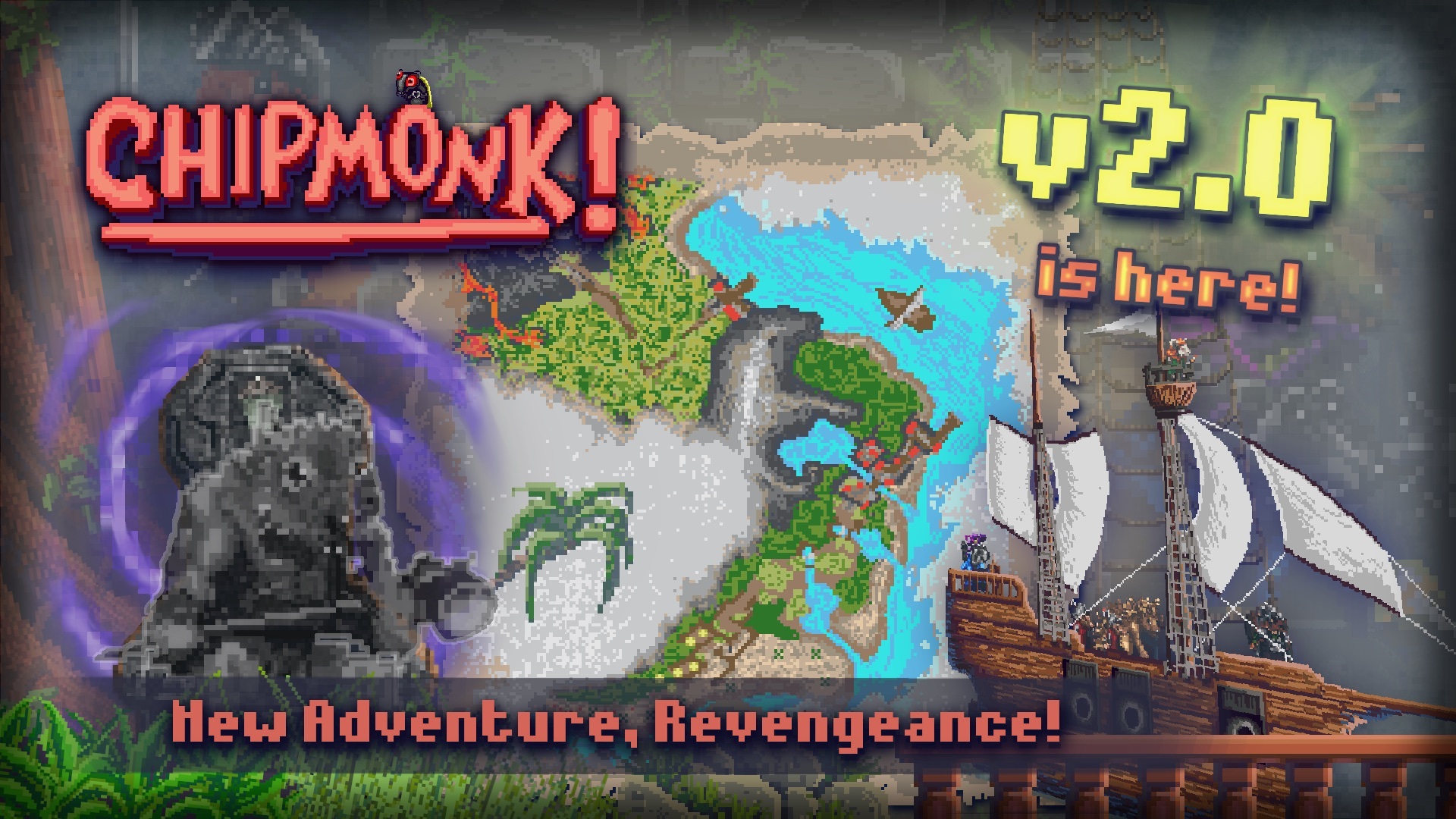 We are happy to announce that v2.0 of Chipmonk! is now available!

If you already own it on Steam or itch.io this is a free update! If not, you can purchase it at any of the following:

Here's an overview of the changes and improvements:

Now's a good time to grab Chipmonk! on Steam as it's a part of the Steam Summer Sale!