Hey Folks! A nice and visual post featuring gameplay from each of the different levels of CHIGUN, some promotional artwork Tyler has been doing and the announcement that we'll be releasing an illustrated EP to go with CHIGUN called CHIGJIG.

So after a day or so of utter chaos (due to the full time job and launching a video game), I've finally had the time to sit down and put together another article! This one features each of the different levels in the game with a short eggserpt (tee hee) and a video of gameplay to accompany.

But first and most important question, what mode are they playing?

Pow Chow requires players to devour as many yellow seeds that they can shove down their gullets in the time limit. The twist? The other player can shoot them to send seeds (and giblets) flying. Whoever can keep down the most of their dinner when the clock hits zero wins.

Free Range is the level that likely went through the most iterations. For this we took inspiration from a lot of great artists and the methods they used to lead the viewers eye around the image. We started off with a clogged, over saturated piece and through excessive iteration we nailed the visual style we were looking for. Check out the devlog for the full documentation of this process.

Abpluction is one of the levels that featured the most practical props - the entire background of this level was sculpted from clay and riddled with bolts, feathers and cogs to give the appearance of a metal armour. The softness of the clay gave a more natural look when ripped open for the hull breach.

Eggsperiment originally was one of the hardest levels to play - at the base of the level the circular saws you can see in Outbeak whirred, and one foul move by a fowl could result in immediate conveyor belt death. After we hacked the blades out and looped the bottom hole to the top, the level came into it's own.

Outbeak was the first level to be created and ironically the last to be updated out of the levels. Tyler really went to town on this level with a plethora of horrifically mutated illustrations that glide and scuttle around the level. The spinning monsters in the background actually only happened due to the positions that Tyler drew the monsters on the paper (in a circular shape following the other's tail).

Yolkyo was by far the hardest to finish. We spent 3 weeks finishing this level, as with it being the finale level there is 5 separate stages to it's structure. We're not giving much away for this level, as we want players to experience this level with fresh eyes. This level by far features the most variety in medium.

For promotional purposes, we did a poster based tutorial for CHIGUN explained of course by no other than horrifically mutated chickens: 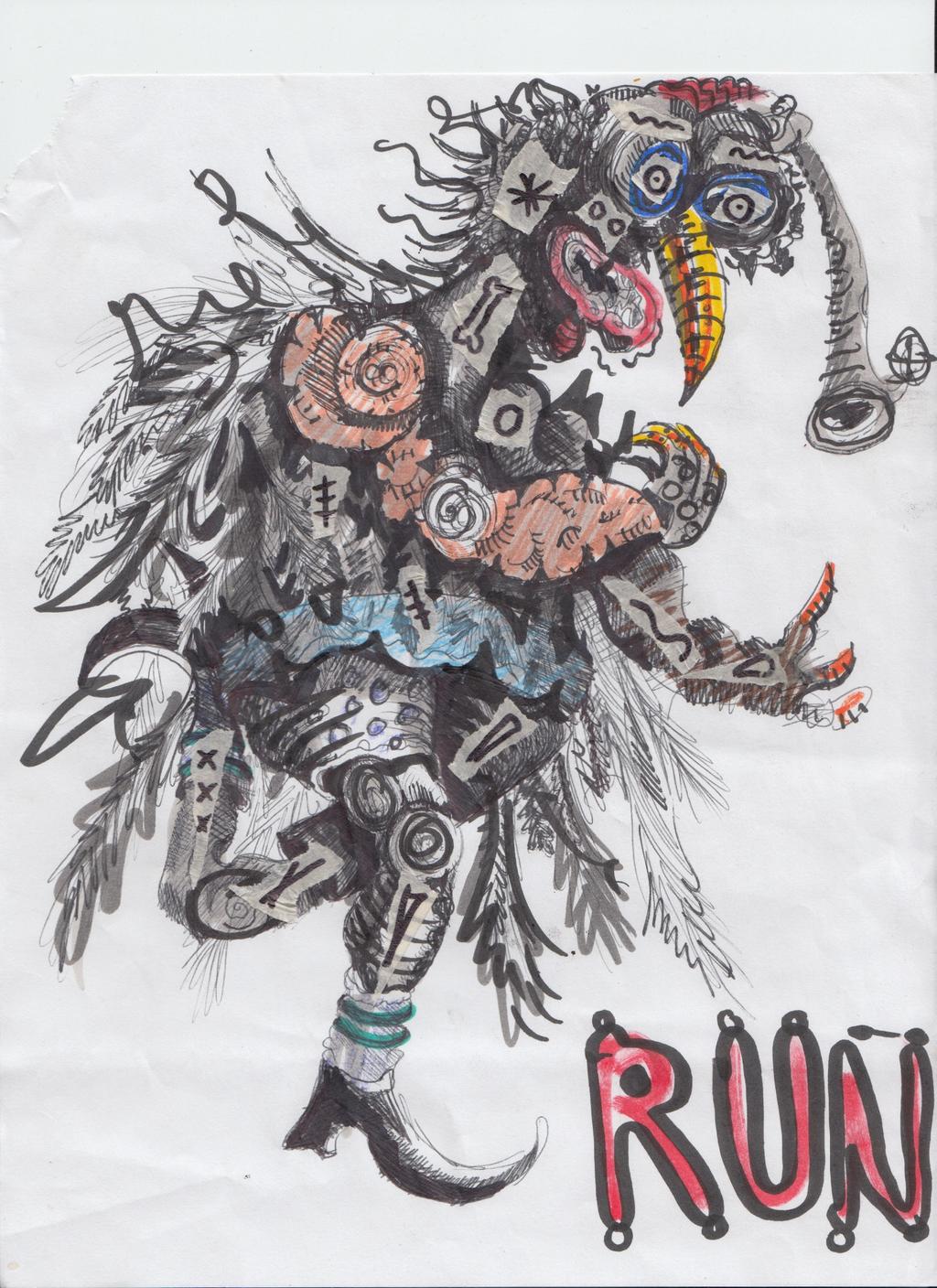 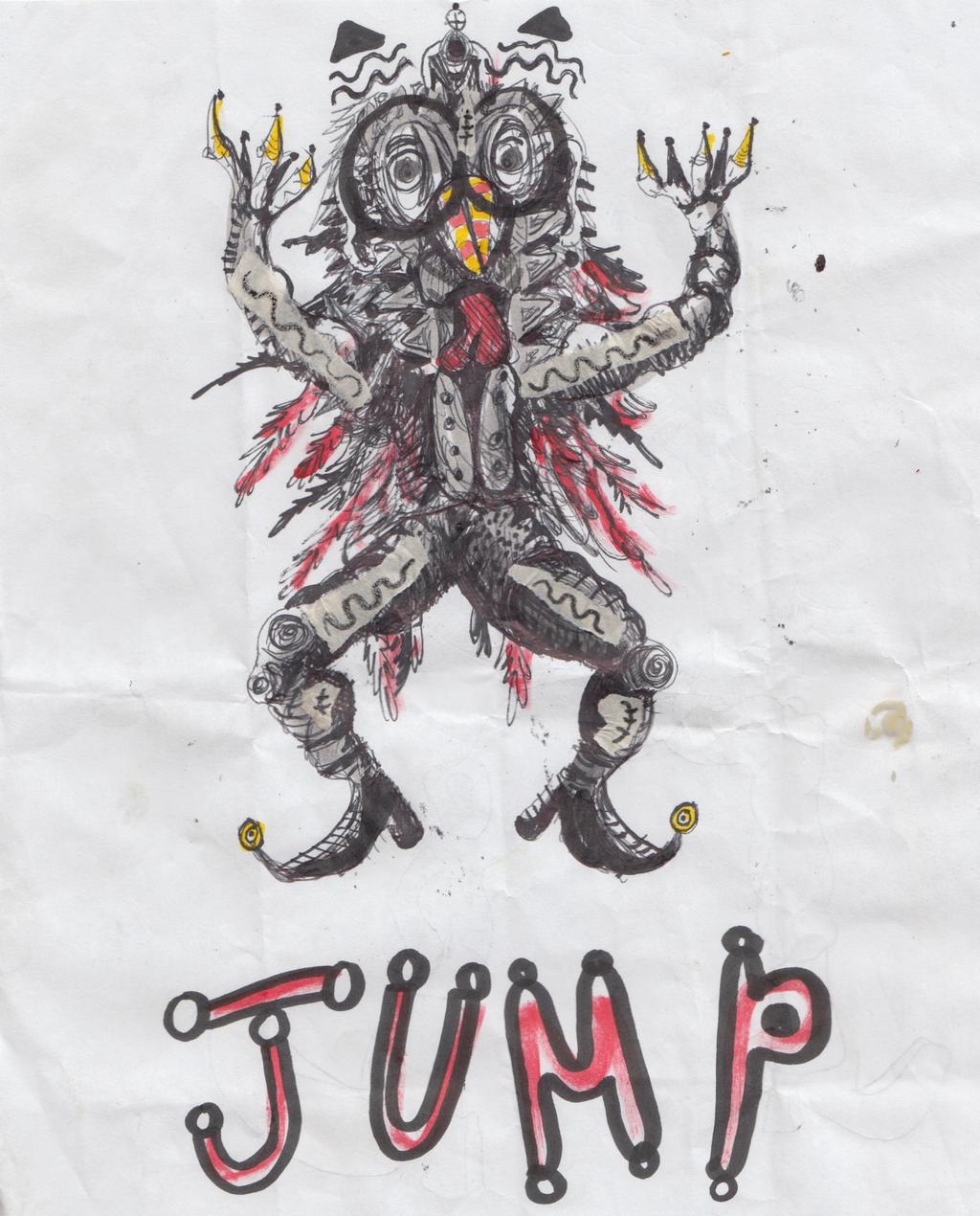 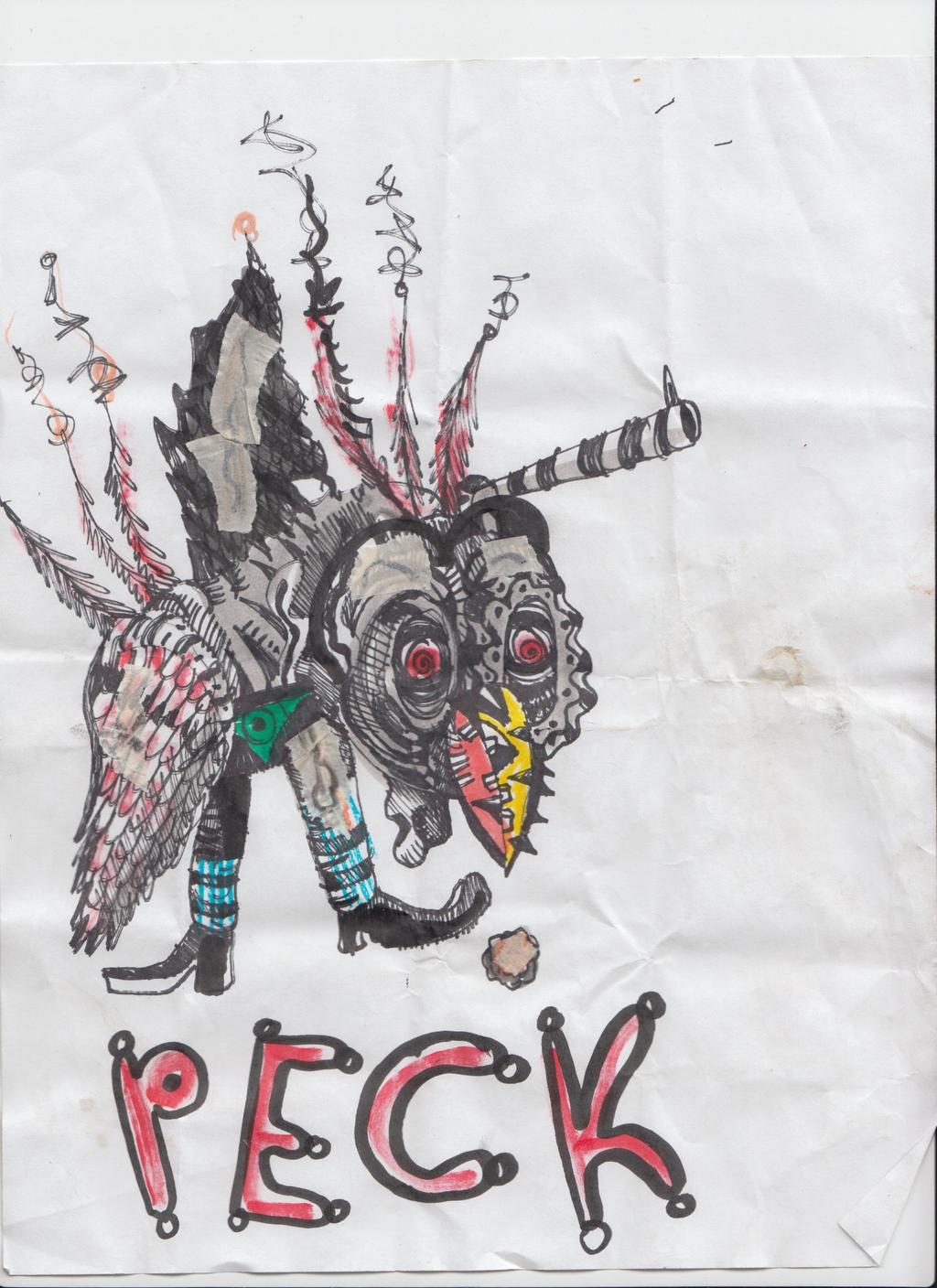 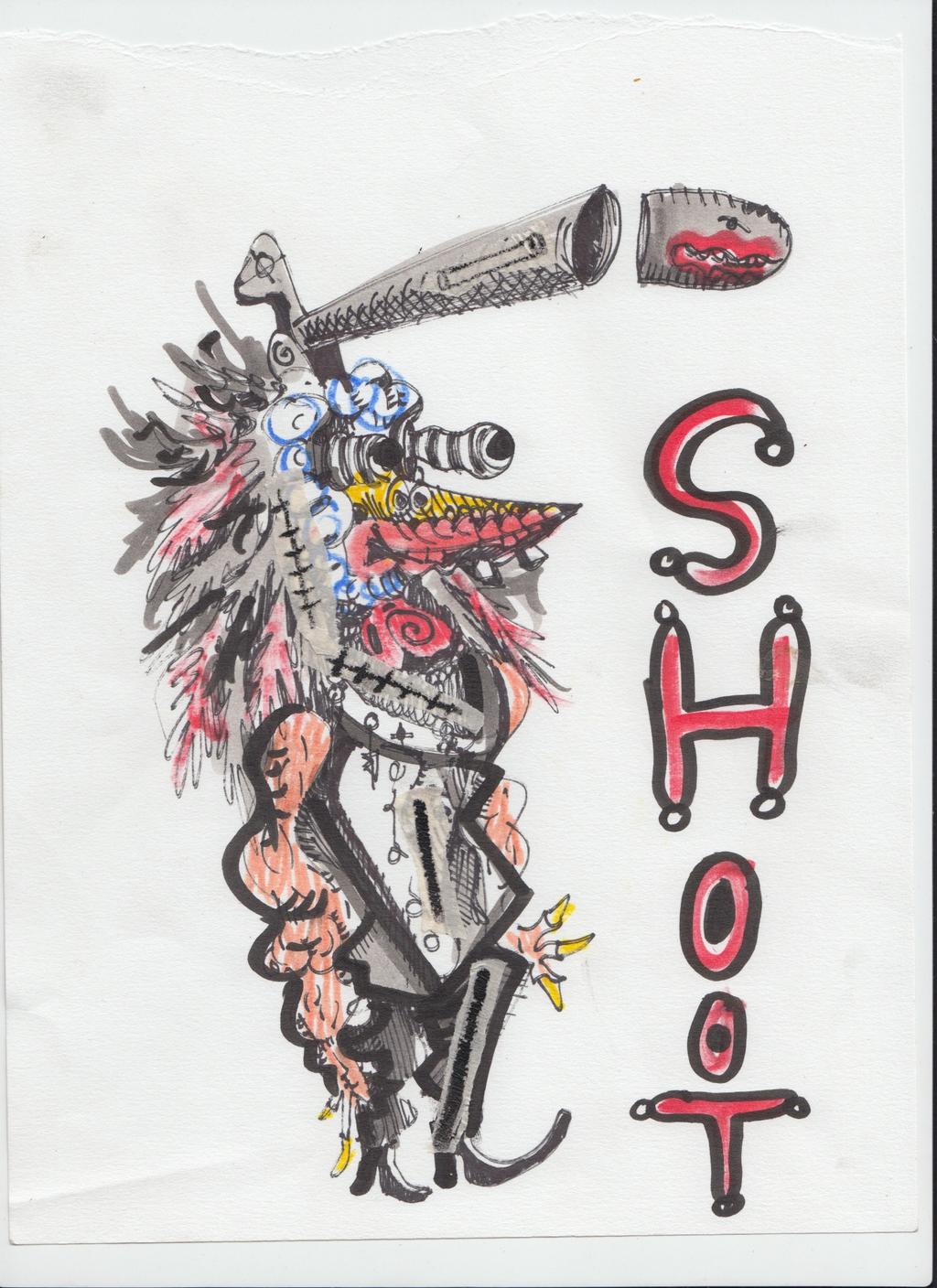 If you want to see more of Tyler's stuff, check out his site here.


The last news to be discussed is we'll be releasing CHIGJIG, the CHIGUN soundtrack. It comprises of 6 songs by no other than the wonderful Luke Smith. Tyler is putting together some compilations of artwork as a little extra for those who buy the tracks. Here's the album cover! 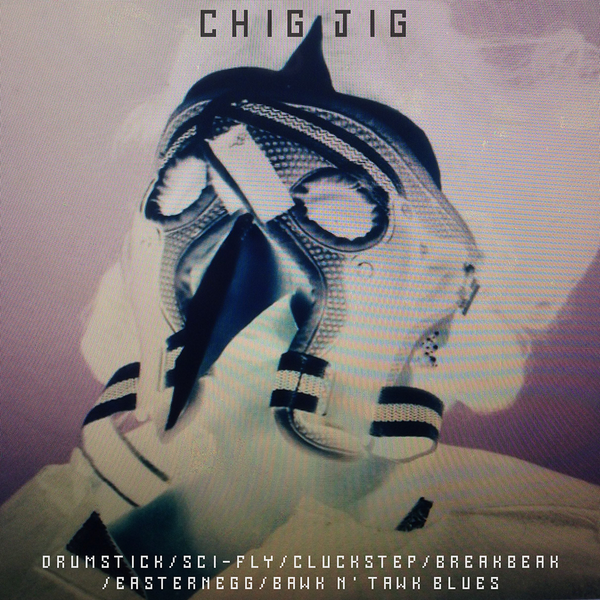 Stay tuned for more updates soon and any comments or thoughts on the project so far would be ace!

Please make use of the links below and do give CHIGUN a go!