Here is the Jorgen's best and only friend - Donut. 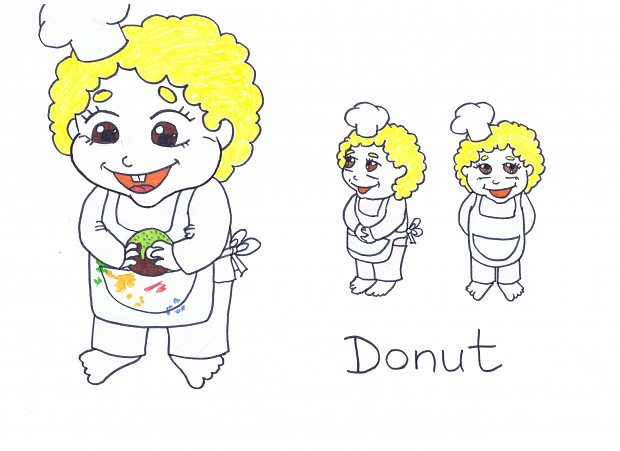 Here is Donut, the 6 year old kid, who “runs” a bistro. This kid is all about impulse, he wants to do something, he do it straight away. It doesn’t work? Who cares? Donut already has another impulse ready. And this is almost impossible to stop this never ending process of behavioral chaos. Donut also bears a special feeling for the people around him, he is very compassionate and deep inside, he is thankful to everyone who spend time with him. That’s why they are close friends with Jorgen, our main hero often misses the impulse to do something himself, and Donut simply can’t find a person who would be able to stand his behavior for a long time. But still every kid in the town knows Donut, at least once he ran into them on streets in their houses etc, and tried to pull them into his crazy ideas. Kids like Donut, because he could always bring you a good time, but nobody takes him seriously considering he is too infantile. But who cares if the good friend is not acting mature all the time?