Take a look to our first Character quick sketch and latest gameplay video. Get also news and information about the redesign.

Our main focus at the moment is the design and development of the character. Video viewers and players build the closest relation to him. This is the main reason why we are not continue building on the level. Another reason is that the main gameplay elements go from character and it is a great construction site. We want to do this as fast as we can to test it and make videos, to inspire more people for our game. 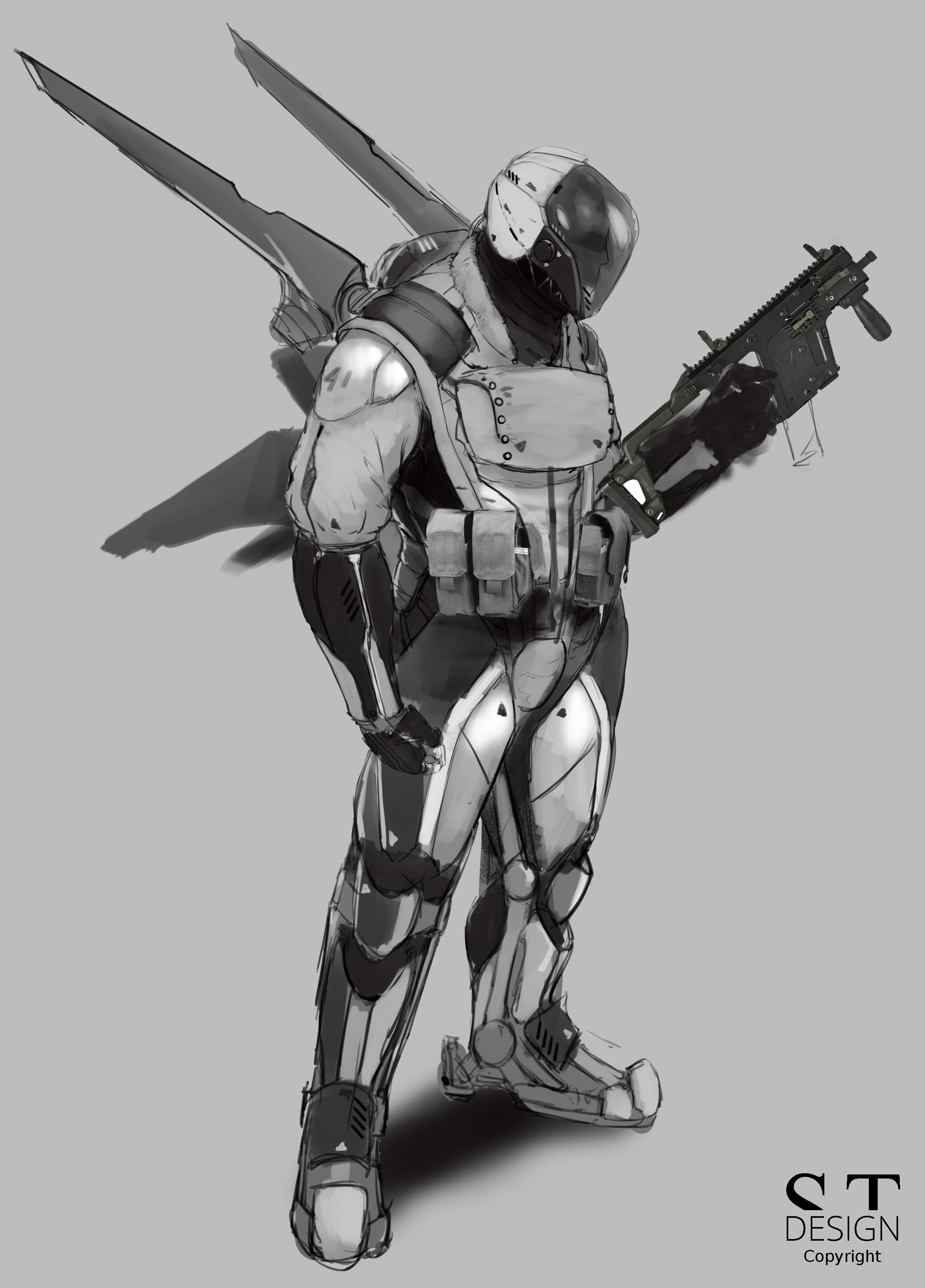 Infantry soldiers who want to infiltrate large battleships need full control over themselves. That's why in Cybertronic the player is able to switch between two movement modes.
In the Flymode you move quickly through the weightless space with the aid of the Jetpack. The Jetpack has limited energy, but the player must be on a surface (for example, an outer shell of the ship) and can stick to it with his magnetic boots and can run as in an ordinary 3rd person shooter. On the surface, the movement energy is fed into the jetpack and you can lift off again.

The character, which can be seen in the gameplay videos, is optically completely redesigned. Concept artist Stefan Akin is currently working on the new version and surpasses himself. A taste of its quality can be seen on Artstation. It's going to be damn cool.
As long as the concept is in pogress, the programmers work on an improved prototype. Our goal is to ensure faster and more fluid movement, especially in walkmode when you go on surfaces. The current prototype shows good results so far. It's fun now.