Hello once again, and welcome to Dissident Logic's character preview week! I'm Mike Smith, character designer on the indie brawler Paperbound. We continue our journey through the Book of Five Rings with our next challenger, the warrior Monk.

What follows this week are several images, conceptual drawings, sketches and color variations of the character. Let's start off with his final in-game appearance, which you can see below. Here we have his line drawing with a few color samples on each side, along with his weapon of choice and the in-game models silhouette. 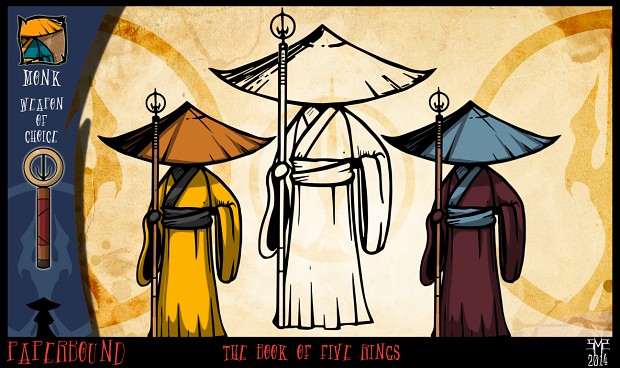 The battle Monk for Paperbound was inspired by traditional Japanese monks with their large flowing robes, wooden staff, and iconic oversized hat. I must have looked at a hundred separate monk images throughout the concept process, and nailed it down to its vital essence: robes, sash, hat and the ability to float and move gracefully in combat. Below is one of the final sketches of the monk, drawn in Sketchbook Pro. 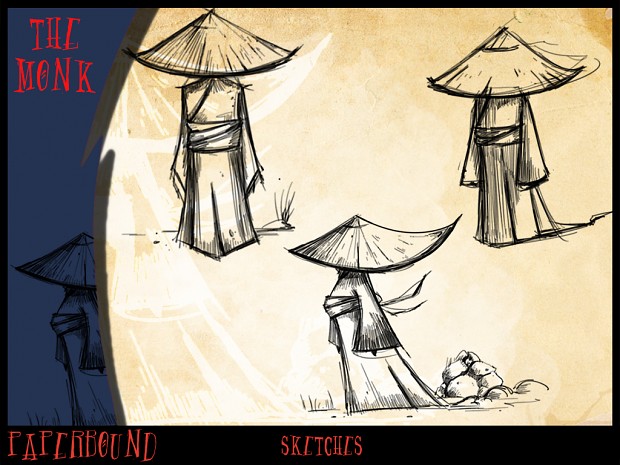 Once the overall feel of the character was nailed down, I quickly moved to color. We explored about twelve options below using the giant hat as the accent color to help identify the character easily on screen. The staff color remained consistent, while the sash helped break up the solid hues of the monk's cloak. I think we ended up using most of colors below, minus the solid black. The black cloak looked great but would have easily gotten lost within the darker, saturated levels, and its important to be able to track your character in such a fast paced game. Once the overall feel, and color, of the character was established I moved on to the actual menu select screen. The next few images outline that process using Sketchbook Pro to render out various ideas and concepts for the monks menu. I spent some time looking at old wood block paintings, Japanese tapestries and Buddhist statues to get an idea of what kind of environment I could center the character within. Some concepts, however, were quickly abandoned. For instance, the monk in the clouds reminded us too much of Raiden from Mortal Kombat, so we quickly moved on from any type of cloud theme. 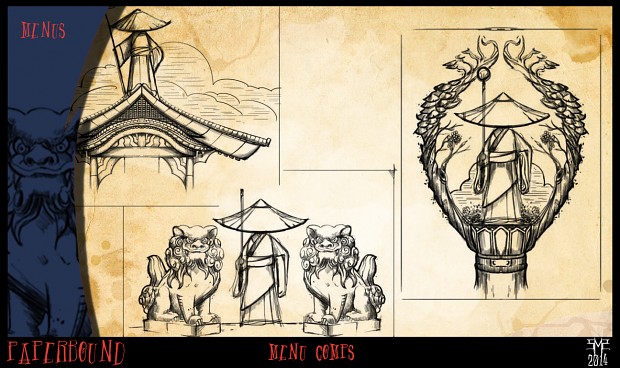 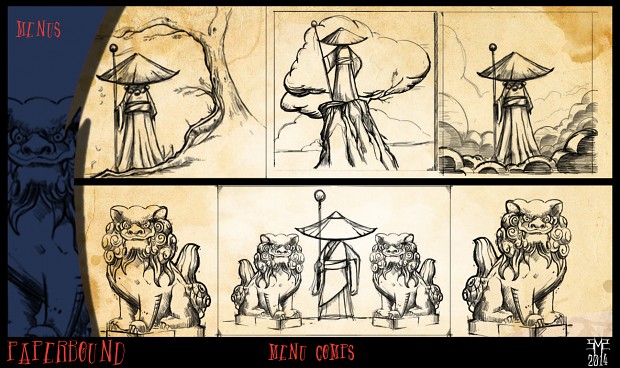 This last sketch, containing the cherry blossom tree, was the final selection for the menu screen. It also managed to compliment the bonsai tree found in NinjEddy's character select screen, giving an overall cohesive theme to their designs. 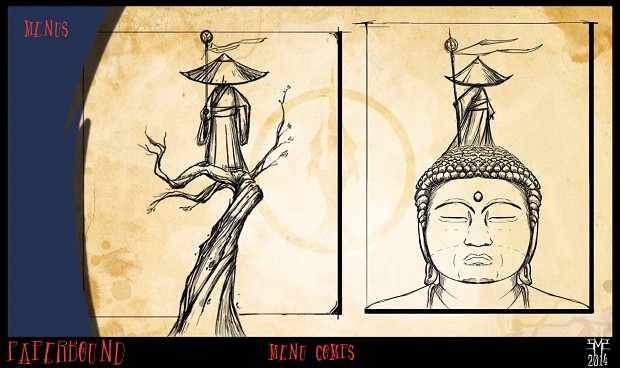 At this point we had a completed character with a background ready to go. Below, you can see all the elements that I used to put the final image together. Each section was drawn, vectorized, painted, and finally assembled in Photoshop piece by piece. 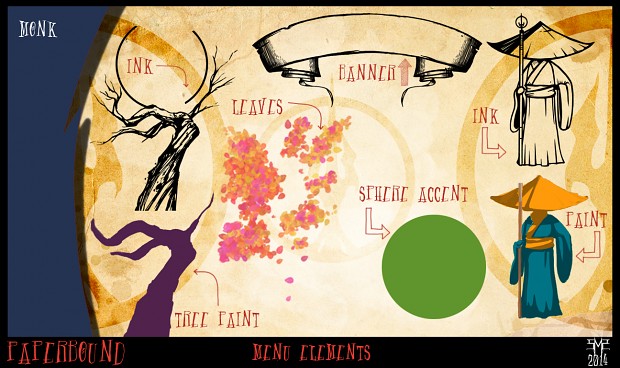 And the final composited image! 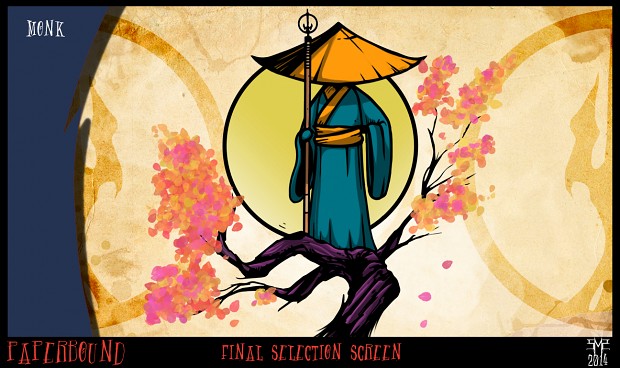 The final element of the design was the characters weapon. We try to keep things unique within the world of Paperbound. So, instead of just another spear, or naginata, for the monk to wield, I decided to give him a traditional staff to knock some sense into his opponents. Here you can see each stage of the design and some of the edits we made along the way. 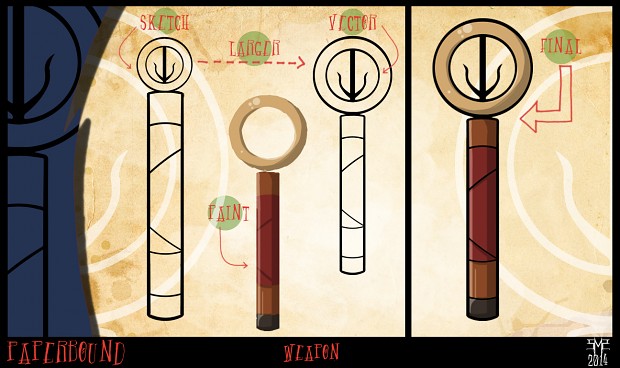 So that concludes week five of our character previews! We have a lot more to come, so we hope you can pop in next week to see the latest update! Thanks for taking the time to look at our work, and make sure to check out our facebook page for additional updates and news!