Read about one of the core enemies in Armor Blitz! Her forces will stop at nothing to take over your land! 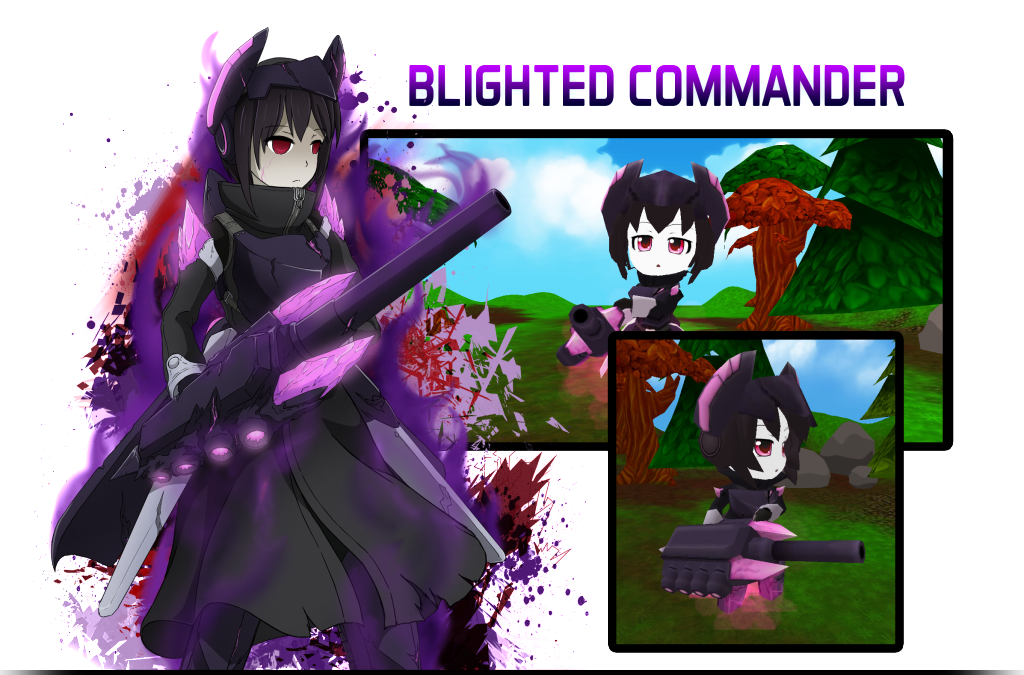 Today you get a sneak peak at one of the enemies you will encounter in Factoria (the continent where the game takes place): the Blighted Commander. We understand that a good story isn't just composed of good guys... they need baddies to fight too! The Blighted Commander is the main punching bag for our heroes, but don't get me wrong; she is mighty fiercesome in her own regard. As the main leader of the small enemy platoons you encounter, you'll be fighting her quite often. Once her forces are depleted her last line of defense is a large, heavy caliber artillery cannon. It deals splash damage, so she isn't that much of a pushover! Look forward to fighting her in Armor Blitz!