From scars to warpaint to dirt on the feet, we're really going to town on the character detail. 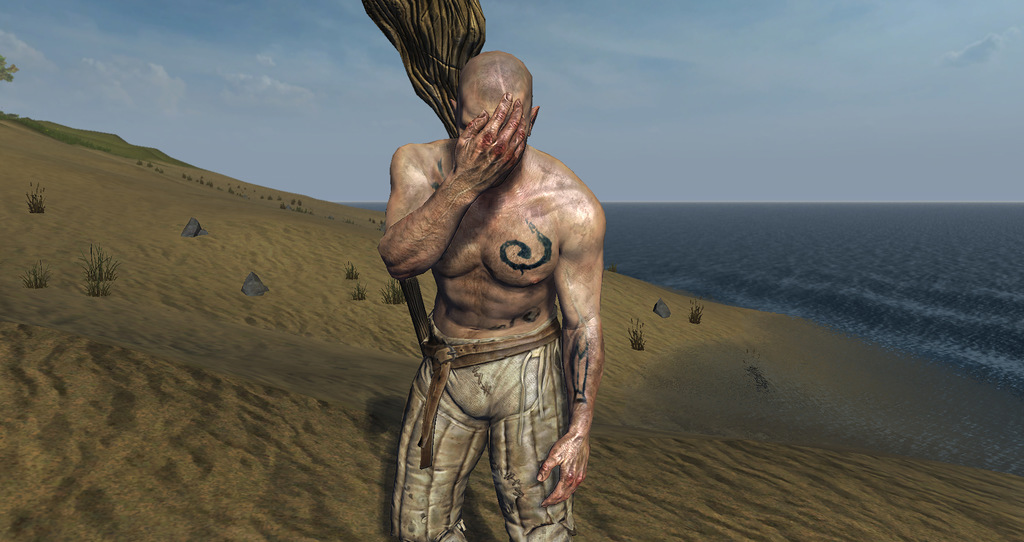 At first, this little fellow didn't like getting his picture taken, but we wanted to show off the detail, including his tattoos and sweaty back and dirty hands... hmm, no wonder he wasn't so keen on getting his pose on! 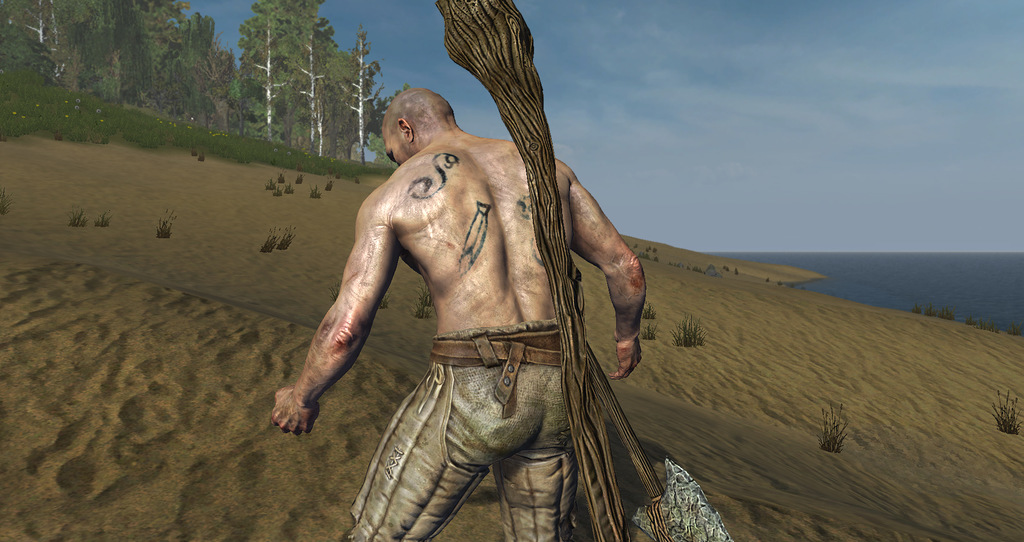 Okay this is a bit better, you can see his rough elbows and muscles, this guy has definitely had a tough time 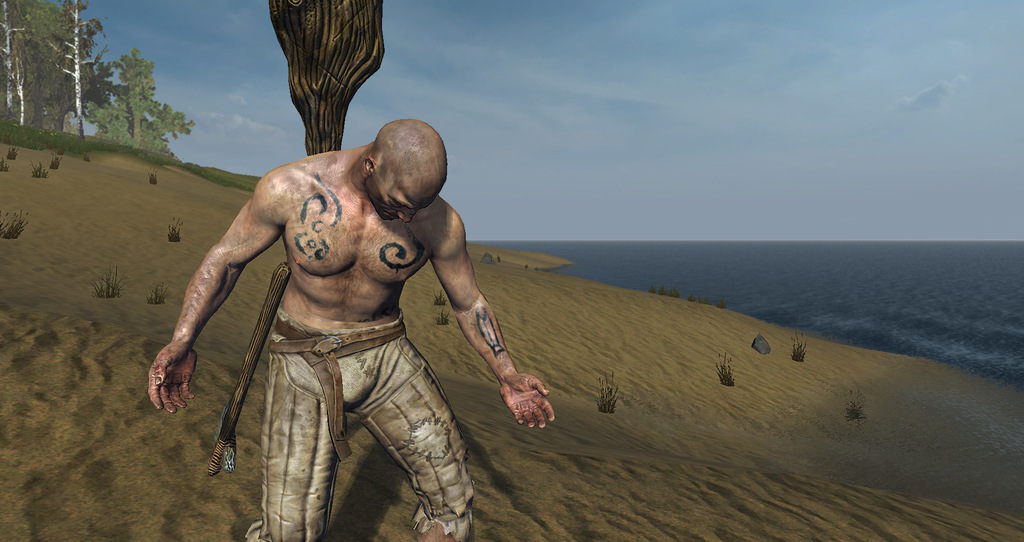 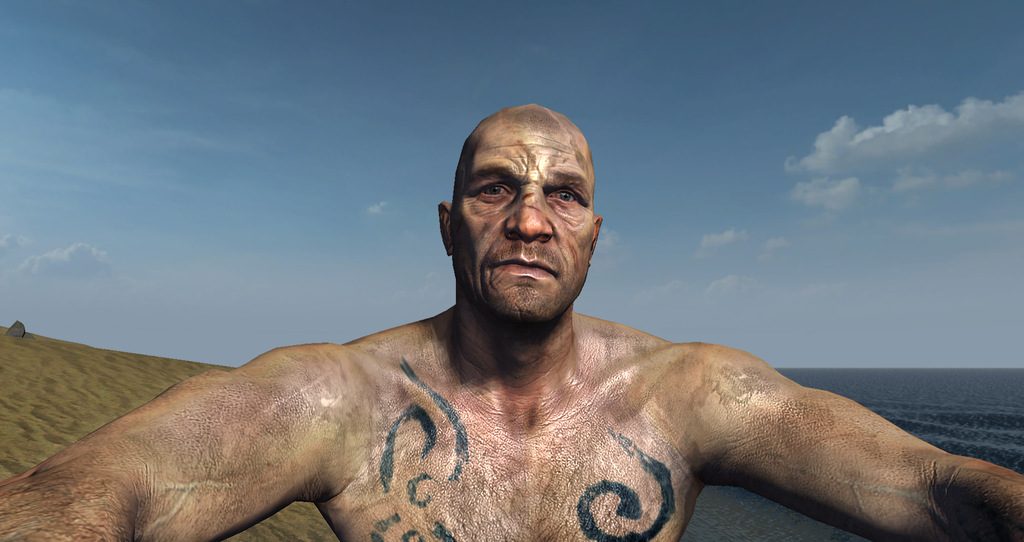 He soon warmed up to the camera though, even taking over and providing a selfie for us, which really shows off his veins and arm hair. 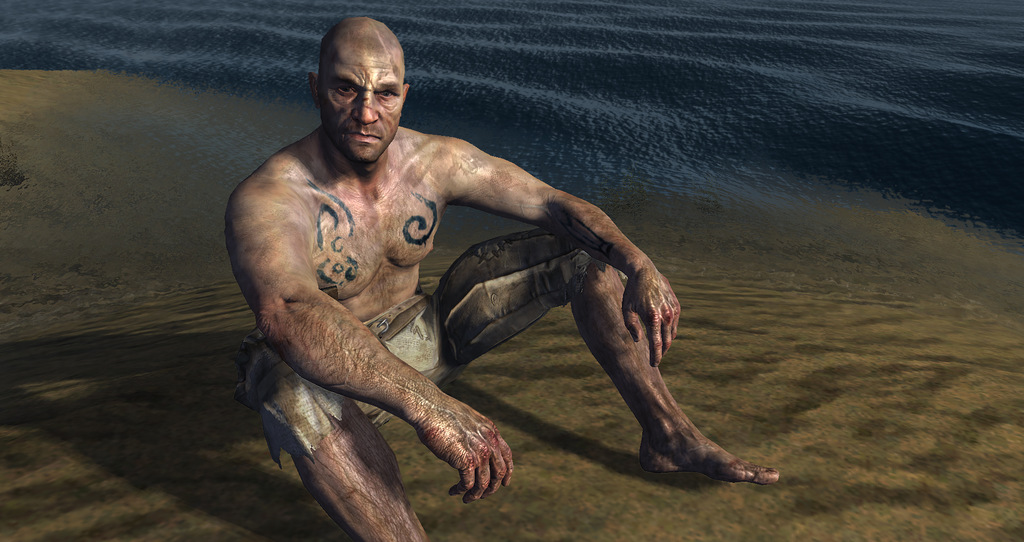 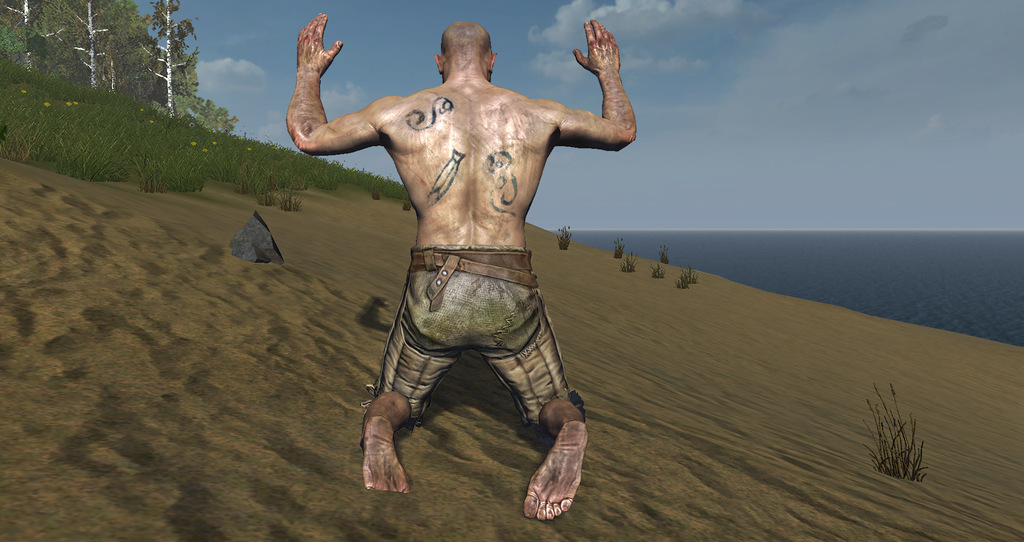 Despite apparently having a camera, this guy is a mere peasant, and shoes were a luxury for mere peasants, hence his ultra muddy feet.

In all seriousness, here's a peak at a work in progress - we're hoping for character customisation and female models to be ready for June, this year, which you'll see on our Roadmap

have you ever tried walking without shoes/socks? your feet would be a way dirtier than this.
beside of this, it looks pretty great and realistic ;) (I mean those scratches on hands? magnificent!)

He had just washed his feet in the sea just prior to this - they were way dirtier!