Lots of new changes including but not limited to character customization, dungeon changes, and new spell effects!

There have been lots of little changes to Spoxel over the last few weeks. I’ve slowly been working towards having all of the initial content complete so the beginning of the game is playable. This includes things like the first two dungeons. I added a frost torch to the ice dungeon and the new lighting really enhanced the feel of it. 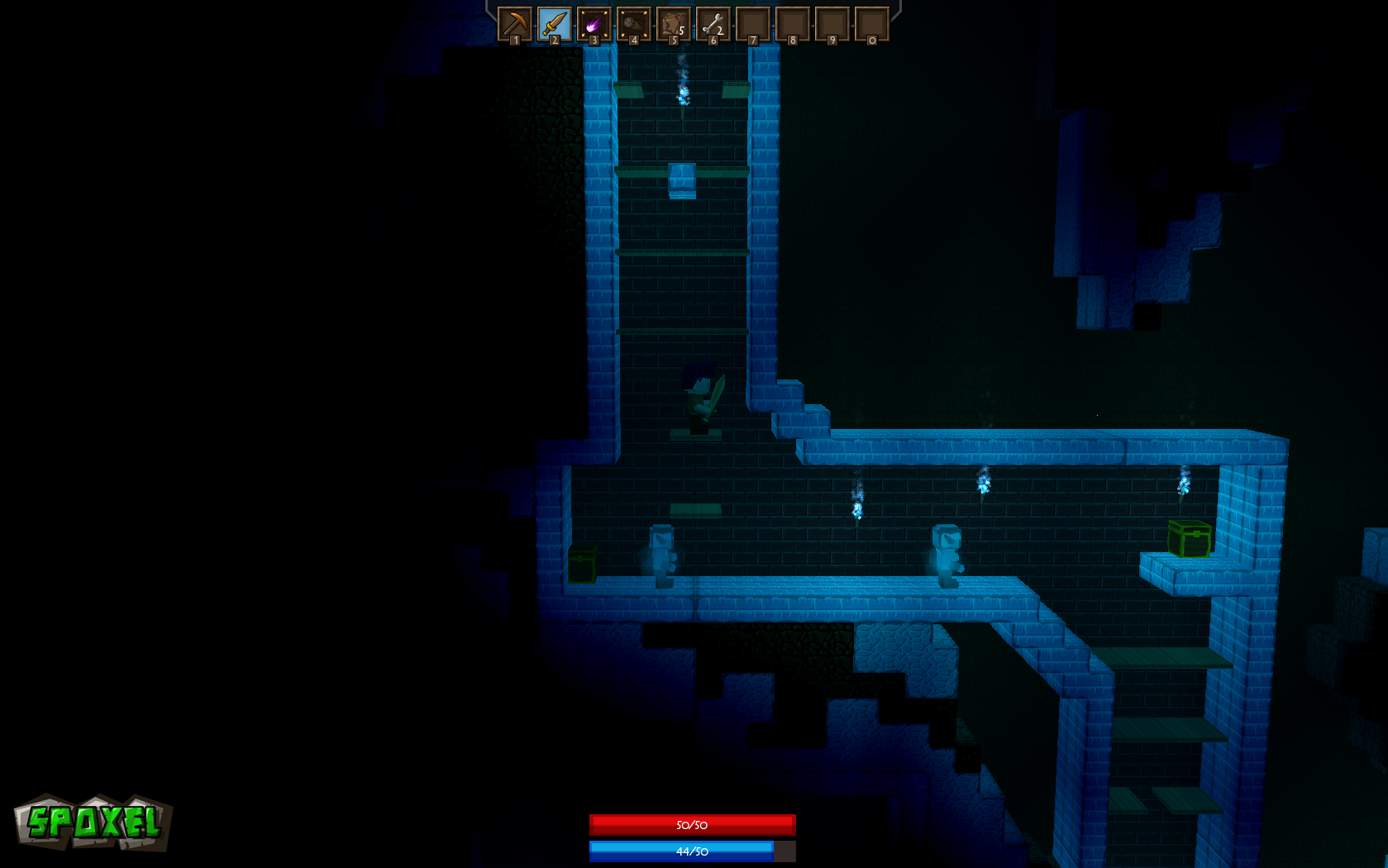 I’ve continued adding more sound fx into the game and reworked the sound system to poll what biome you are in as well as time of day to pick out what music to play. I have a lot of temporary music in place now until I find something more permanent.

I added a few new spell effects to the list. First up is Shield which creates a temporary barrier around a target that can shield them from a set amount of damage and lasts a few seconds. The strength of the shield as well as the duration can be extended using mutators when you create the spell.

I also added a new projectile effect for use with the ‘Dig’ spell effect. The dig effect was defaulting to an arcane projectile which just felt weird.

One of the biggest changes I’ve made recently though is for character customization. You can now change the color of your character’s boots, legs, shirt, eyes, hair, and skin. You can also select different hair options for your character. 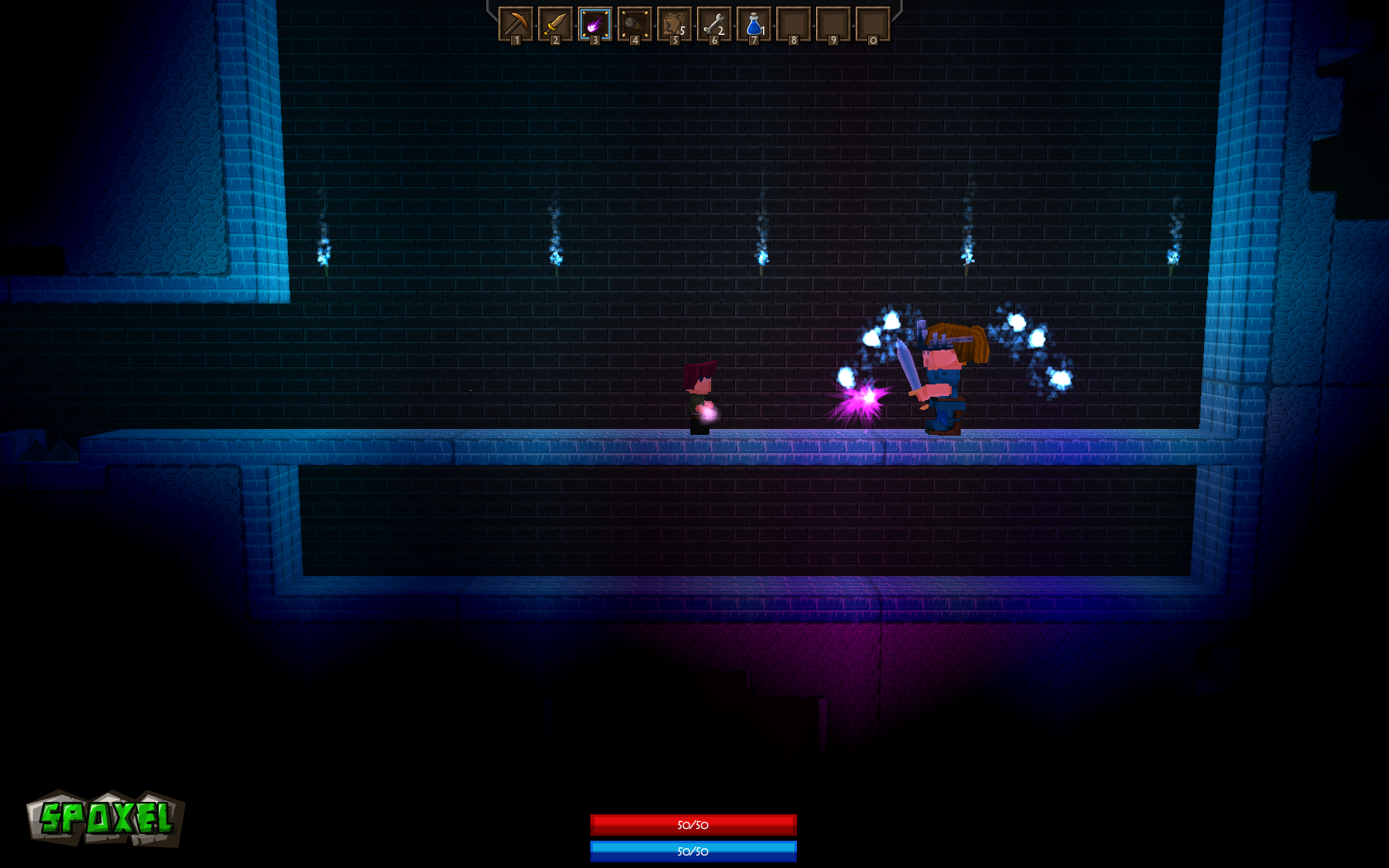 Oh so you dig with magic? Will it cost mana (so that the power at which you mine is controlled by your mana pool) or can you just improve the spell and it costs nothing?

Also will magic be a separate thing (eg all magic in Terraria is item-based) that you cast with it's own hotkeys (or something like that)?

You can either use a pickaxe or you can create a magic spell to mine with. Since you create the spells from scratch you can control the efficiency of the mana usage to blocks dug. In the gif in this post I used a projectile targeting shape and a dig spell component. You could instead build a spell using Projectile Targeting Rune -> AoE Targeting Rune -> Dig spell element and it would cost a little bit more mana but dig a lot more blocks at once. You can also increase the level of what you can mine at the cost of additional mana. It is also possible to reduce the mana cost using negative mutators. It is basically a trade off in how you want to create the spell.

The spells you create function as items for the most part but there are a number of ways that you can access them. You can bind them into a spellbook for instance and set a spell for both mouse buttons and up to 3 other hotkeys. So you could set say a fireball spell for your primary mouse click and an Aoe Knockback spell for your secondary mouse click for whenever you select that spellbook. There are also a couple of character slots that you can put either spells or gadgets into. Gadgets include things like grappling hooks for example.