Bad news first. I'm not going to lie. I've been through hell this last week with the final section of the mod. You can thank this guy: 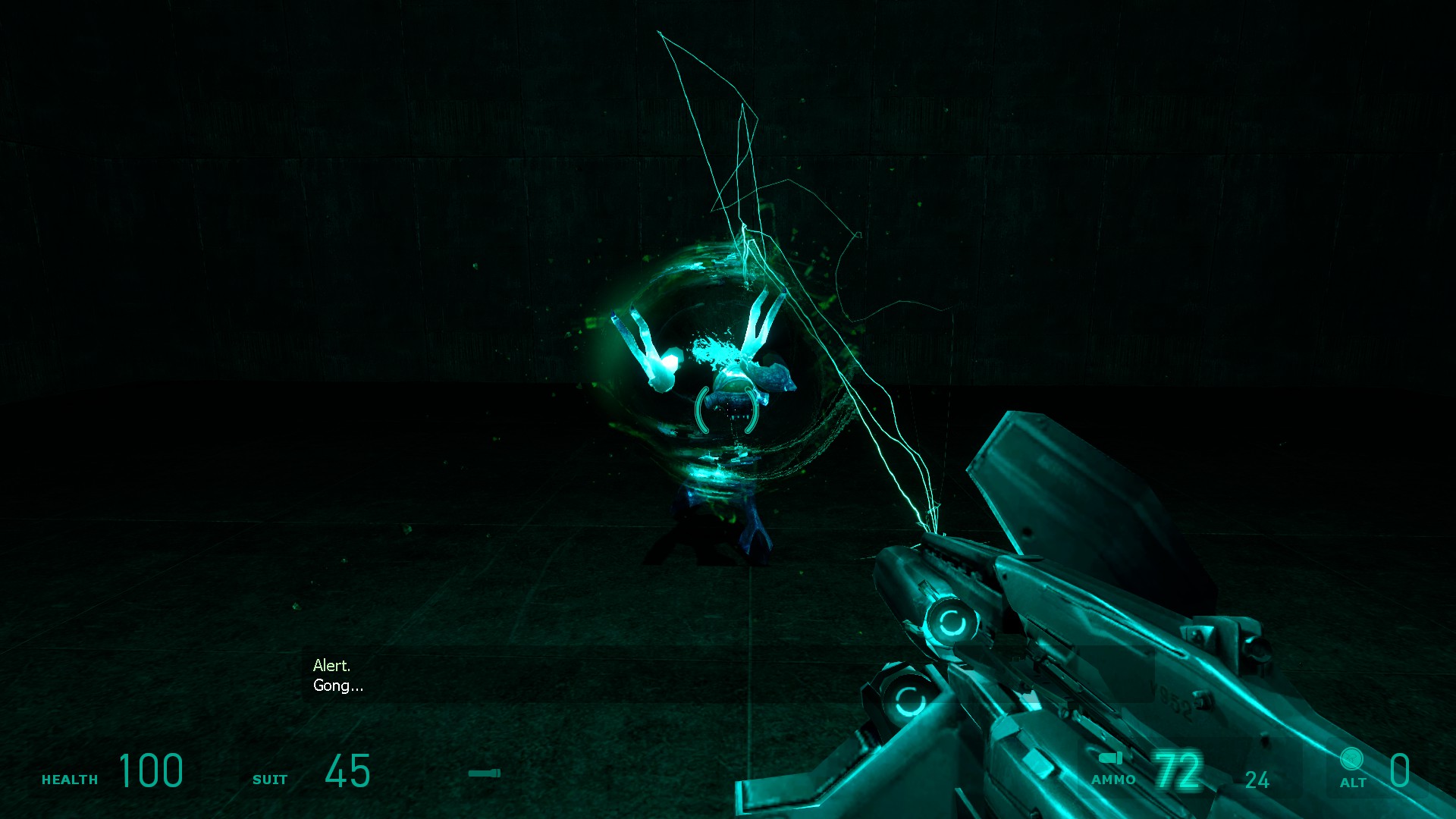 This is chapter four's antagonist, Zilazane. You won't get to know him on a name basis during the mod - it's not important. It's more of a dev/lore name. Anyway, he's working with a bunch of other Vortigaunts to try and keep City 10's mini-citadel alive so they can study the Combine equipment and play around with synths.

The whole final fight is based around him. He's the one merging himself with the Quantinode core, absorbing its dangerous energies to enhance his ability. Setting up the actual final fight with him has been simple. It's the sequence leading up to him that has been what I'd now consider to be the biggest challenge I've faced so far with this mod.

It's become such a big challenge, that I now realize that I am trying to hammer in a bent nail. It's time to shake things up. I'm going to redesign the sequence leading up to this fight. I'm going to scrap the bits I've been working so hard on over the last few weeks. It has to be done. Here's why. 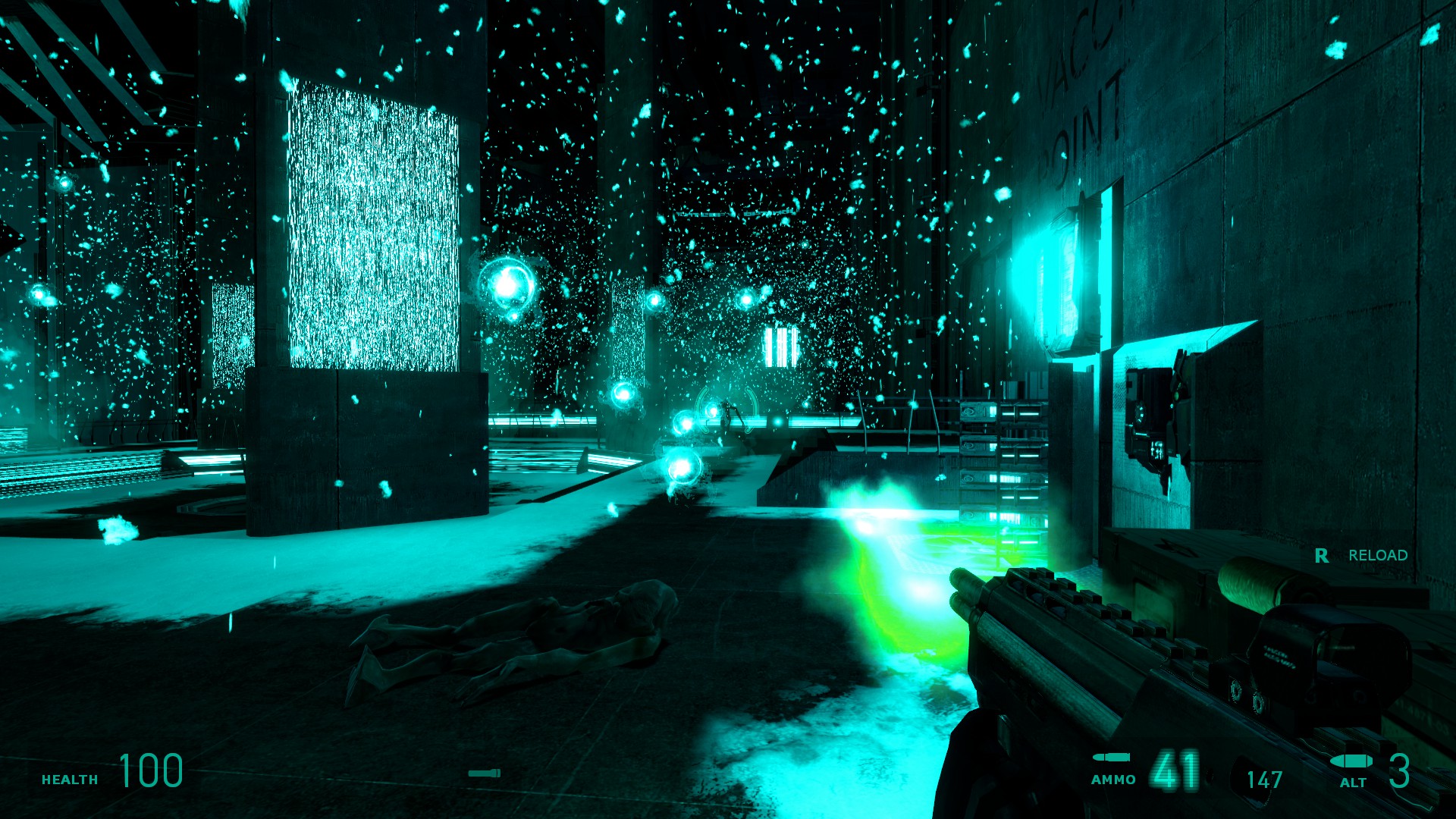 I've grown to hate this layout. This structure and this entire room - I hate it. The paths we have to take to get to each area - I hate it. It's all been so difficult to build and implement and the love has just gone for me. This section is a chore. And it's so complicated! 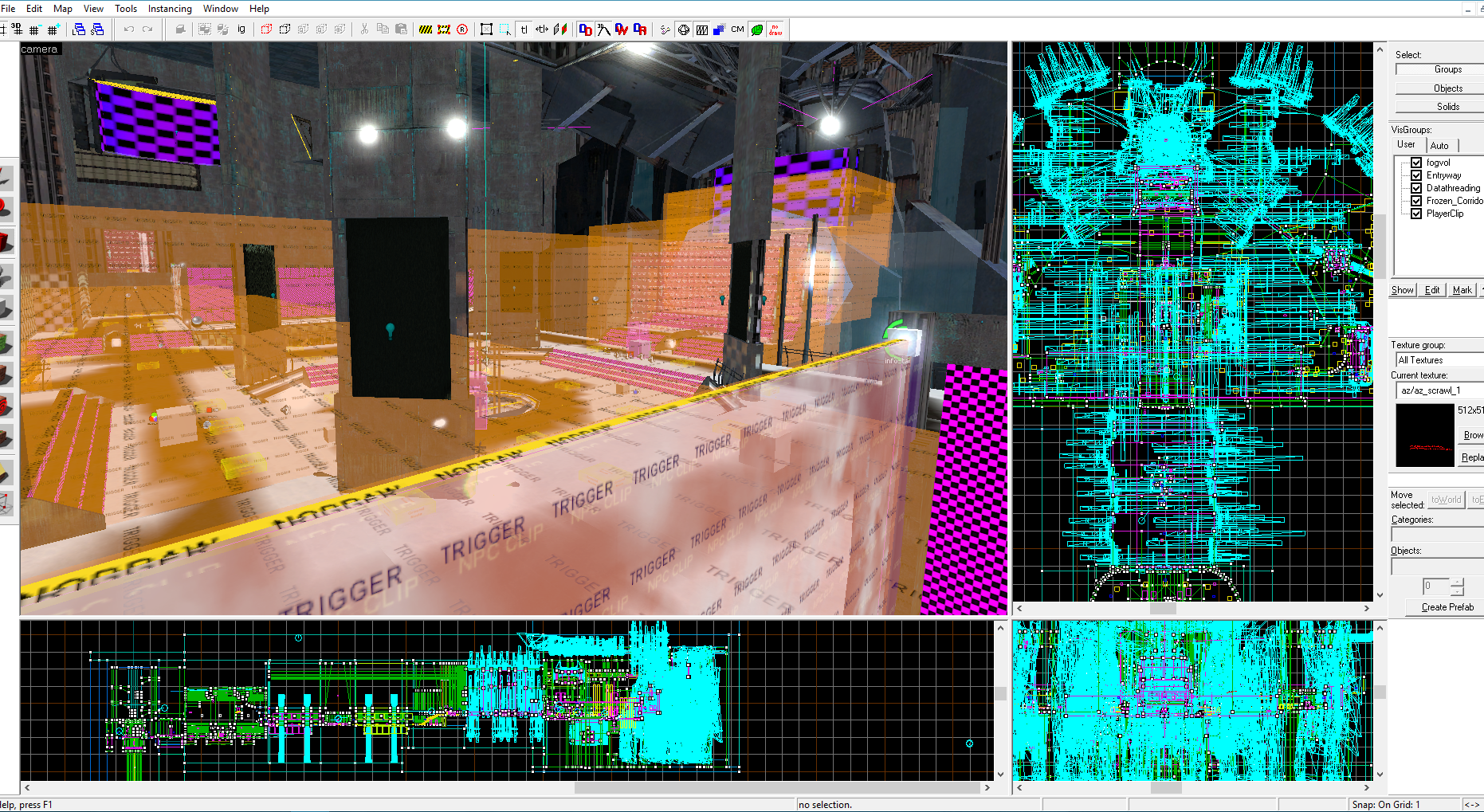 The fight is extremely hard. I've been cheesing tests to reach each bit - I shouldn't have to cheese the fight at all. So that's another no-no.

And finally, today after reaching almost breaking point, I've noticed now the map will Bluescreen my entire computer randomly when I quicksave - unacceptable. So that's it. That's the bent nail in the coffin for this fight. It's going.

I don't want you guys to feel bad for me or worry yourselves. This isn't much to me. Ghosthunt 3 for example - my last project - went through three entire maps before release. I almost feel some sense of relief knowing I can cut and redesign this section. It sucks. It will set me back but at this stage it simply must be done as the fight is unacceptable. It does not work. Watch this space, as I'll be sharing my progress with you as usual.

In better news, I've added my own custom impact effect. This comes from the cut Advisor Shield impact effect that never made it fully into Episode 2. It wasn't very hard to implement but works really well for the empowered Vort and his cohorts. I'm getting better with the coding side of things - didn't take me too long to figure this out. 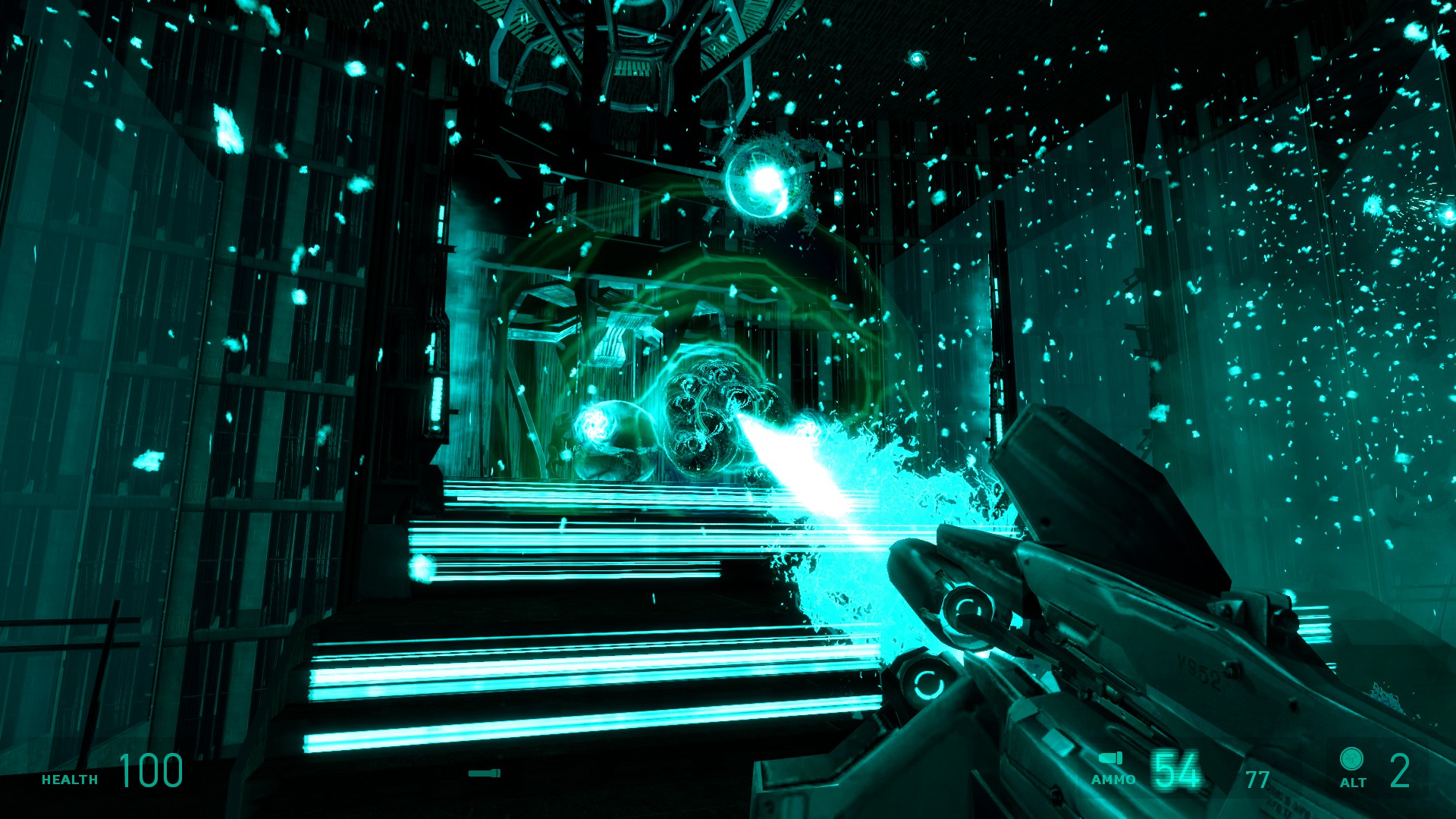 Images don't do this effect justice. You will see it in action in good time. Earlier on in the week I experimented with trying to get a shield of sorts around Vortigaunts. It worked really well except they couldn't shoot me! So in the end I had to compromise. However, I could probably think of some neat ways to utilize this and will probably be re-visiting it on my detail pass.

Also, I've come up with plans for the outro and finale of this mod - a small bit that you'll see after the last fight to wrap things up. I've also started designing an overhaul for the start of the mod, where you'll be working with Civil Protection to clear out a rebel hideout. This will lead nicely into the mod story. I feel as though, it's a Combine mod - you've gotta' have a Civil Protection raid, right? You just gotta! So that's happening.

I shared a bit of story on Reddit last week, but it's a bit spoilery so I won't share it here yet. It's here if you're interested. I've got a plan for the lore which you will hear about nearer the time of release, so you won't be left out.

That's all from me this week. Lots to do. As always, thanks for your support.

Damn, it must suck having an idea for something and have it not work the way you intend to. But (as you said) it's good that you can now redesign your idea to make it hopefully work! I'm interested to see how this final battle will play out since it looks very interesting from the screenshots above. Hopefully you can get this mod to be what you've intended it to be :3

As always, good luck on the rest of the mod and I look forward to playing this in the future (and keep up the awesome work)! ;D

Very strange - I'll see if I can fix that.

Should be fixed now.

My name is not important

Regardless of the unforseen consequences of the final battle scene, I'm glad that you are regularly making updates with valuable information. I wish more mod developers did this.

That aside, I wish you the bestest of luck in finalizing your mod, Breadman.

Side note; I'm really digging the whole "Combine raid" idea. Would be interesting to see how you implement it.

Absolutely beautiful, keep it up!