We have released a full change log for 2.3 and are expecting a release by the end of this year!

Today, we have great news for all of you! Pirates, Vikings and Knights II beta 2.3 is currently in content lock and undergoing final testing and preparations for our first Steam release!

We have put together a full change log of what you can expect in 2.3. A few of the larger items in the change log include:

New Class - Gestir
Added Win system to use Medals now, Gold for winner and Silver for second placed team.
Added over 100 achievements
New Objective Score System
Added kill assists
Blocking direction is now chosen automatically according to the attack direction of the opponent closest to the blocker
When attacking a blocker with a fully charged attack the blocker may be stunned and some damage will be delivered to him
Reduced perfect parry effect
Many balance changes
New team and class selection menus
Added a new GUI for the end of a Round that will display the top mvps for the winning team, or if it’s a draw, the top 3 from all teams
Personal Score Breakdown now displayed on scoreboard
Many map and game mode changes
Many bug and exploit fixes
and Much more!

Now, as I mentioned at the beginning of the post, we are currently undergoing our final testing and preparations for getting 2.3 on Steam. As it stands right now, we expect to have 2.3 released by the end of this year, assuming nothing major gets in the way!

More information on our release date will be available throughout the month. Until then, here are a few screen shots to check out! 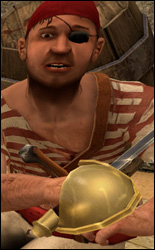 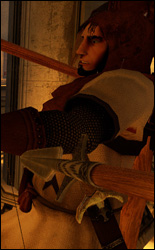 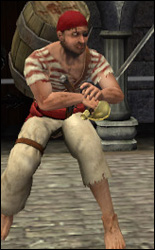 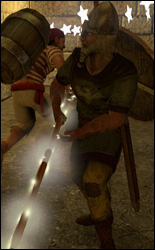 As always, be sure to join our Official Game Group on steam to participate in future events and to earn the "Part O' The Crew" achievement!

Looking forward to the new release. =D One of my favorite mods

fav mod is back again :D

I used to love this mod hope the new one still has the same great gameplay.

Nice! been pumped for this for a long time :)

Awesome! But just wondering, is there gonna be manual install or just by steam?

I think the mod won't be automatically put in the games tab as uninstalled,
but you have to go to the store > mods > PVKII and then press install mod or whatever.

I got to see the new version at a LAN Party hosted by Intel that the developer(s) were at. It was suuuupppeeer seeeeecret. It's awesome though I can tell you that!

Not as good as Age of Chivalry. If it was, it would be on steam too.

Troll some more, PVKII is quality first instead of what AoC did.