Updates will probably start coming in a lot slower now, but we'll try to do at least one a week to keep everyone updated. We're working on the final boss battle now and working out the last few kinks in co-op. Since it's the final boss in the game we wanted it to be something pretty different from the others as well as something to make you use your reflexes a little more. This is the one and only boss that is the same size as you but he makes up for it in firepower. As far as the current specs for him go, we're going to give him a shotgun that he can shoot anywhere in the level, granted he's on your screen. The spread of the shotgun should make it hard to just jump over the bullets or to the side, and you'll have to use your stealth quickly to avoid his shots. Being that it's a shotgun, the closer you are the more bullets that will hit you so you'll have to keep your distance but stay close enough to be accurate with your guns also. The boss won't move left/right at all, but we're going to have him teleport around the map so he's not just a sitting duck. 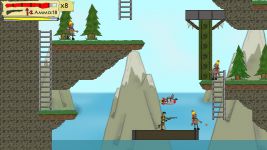 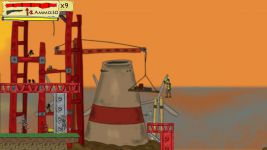 Once the boss battle is done we'll be playtesting this week to get the game ready for the DreamBuildPlay competition by March 3rd. After that we'll be flushing out any last bugs, adding anything that missed the cut for this contest and getting ready to release on Xbox 360 sometime in March! 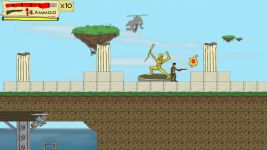 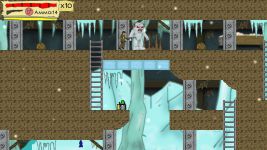 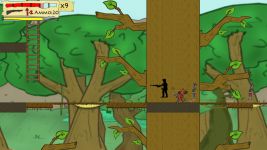