After successfully making the much anticipated release of C&C Tiberian Dawn Redux v1.3, the C&C Tiberian Dawn Redux Development Team has heard your questions and concerns about the Mod and is trying their best to make the important version 1.4 for all of you as soon as possible! The latest improvement also includes important fixes to the Skirmish AI while new specular and diffuse lighting effects are now enabled to render on the in-game models themselves!

If you have not downloaded and played C&C Tiberian Dawn Redux v1.3 the link is now available HERE

Check out our latest demo video and screenshots below:


While I have been working on some model skinning concerns, (that many of you have made mentioning about) I was also experimenting with enabling the Mod's W3D Models with Diffuse and Specular lighting effects in a similar fashion that the models in the newer SAGE C&C games
(e.g. C&C 3) use. This was achieved by purely using the C&C Renegade's Gmax plugin RenX and the W3D Viewer tool which is used primarily for editing and creating C&C Renegade & C&C Generals in-game models that usually do not often use such advanced features in-game. But this should no longer be the case with this update that is underway.

Another concern expressed to us has been with the new Skirmish AI causing some Lag and/or not working at all on many maps, this issue is being extensively worked on and tested out further with many issues being resolved already. While doing this, we are also working on optimizing the special effects that are new to this Mod. 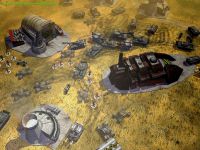 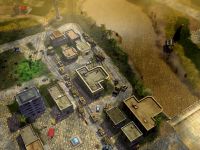 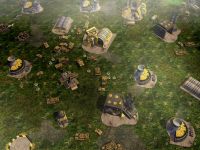 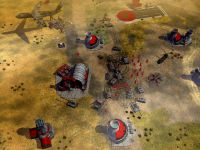 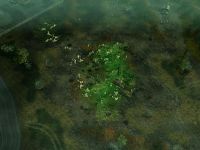 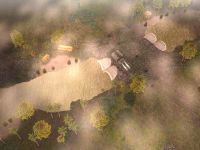 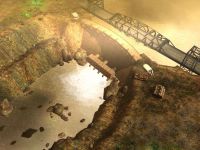 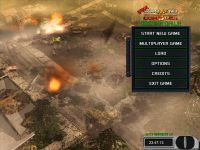 Here you can see in these new screenshots, fully operational AI bases on Hard settings (around 10 minutes into a game) EVERYTHING YOU SEE HERE IS FROM THE IMPROVED AI! I did go through the AI scripts and through several suspected maps that have been known to be problematic with this bug and it appears that I have resolved the problems for most of the suspected maps. I also have managed to take some time to fix and update some terrain and texture issues along with a couple model revisions.

2.) Reworked the Chinook Transport Helicopters thus removing the texture error that was on top.

3.) All new concrete textures that I have made myself for the building floor tiles.

5.) Added "color" to the new environmental fog effect that does change on a per map basis depending on the terrain and climate.

We wish to conclude with a big THANK YOU to everyone who has continued to support us in our steady development of this project. Because of your support and votes, C&C Tiberian Dawn Redux has made it into the Top 100 Mods on ModDB! The final phase of voting is almost over! If you wish to vote for us in the final stages of the voting period please do so now by clicking HERE and look for us under the category of Top 100 Best Released Mods of 2009 in C&C Generals Zero Hour!

Please feel free to visit our Website and our Forums to join the discussion and post your questions, comments, or concerns as we would love to hear from you!

Has there been any progress on the Win 7 64 bit bug?

as we dont have windows 7 for our self, we cant find any bug so if you maybe can make some screenshots of the file's you have now and a video when you start up tdrx we maby can find what the problem is.

i have a feeling that this bug has to do with the engine itself... it wasn't meant to run on vista and it did (which is a miracle) but i guess windows 7 is the limit.

Game works fine for me and I use win7 64 bit. A lot of lag on bigger maps though.

thanks apornasplanet you just take away the pain in the *** for that :P.

but still nathanius try to reinstall generals zero hour and delete every file that is connected to it even the file in your documents, also delete the EA Games file that is in your program files, and if you have any other mod install delete that one also, then try to reinstall zh and tdrx and see if it works.

It could be to do with where it's installed I suppose...

Permissions are done slightly differently in Win 7 so the default Program Files (x86) directory might not let some things be edited that need to be.

But default ZH works for me, via the Zero Hour Mod Manager some other mods too~ What a pain~

will this also fix the win 7 no launch bug?