Shown here today is our official 2009 teaser trailer for C&C Tiberian Dawn Redux as we announce our upcoming Christmas release this year! Also featured is some additional Screenshots from the Beta Testing Team as we try to perfect the Mod.

Check out our Official Mod Teaser Trailer for 2009 as you will be totally amazed!


Our Beta Testing Team has been studying the Mod and playing through the 18 singleplayer missions that are currently completed. They also have been doing a lot of skirmish and multiplayer testing. The results are that we have achieved many important fixes in regards to stability and balancing in the past couple of weeks alone! Myself and the others feel confident with the progress we have made in this past year to go ahead and move forward with releasing this new version to the public on Christmas Day with the new graphics and fixes. I know many of you have been waiting and watching in great anticipation and your wait will soon be over!

Below, is some of the many Screenshots taken from the Beta Testers. As you may see, this Mod recreates the look and feel of the original Command & Conquer in stunning detail while marrying it to the C&C Generals Zero Hour SAGE Engine which also has been given a huge renovation and update in its graphics that is unrivaled by most other Generals Mods currently released to the public, and from the many statements that we received, it even rivals some of the commercial standalone games. 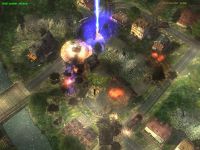 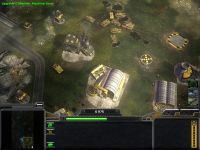 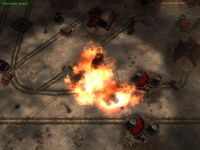 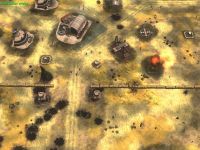 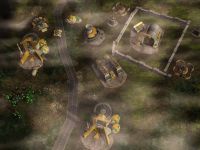 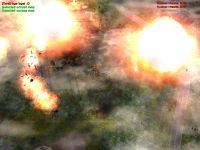 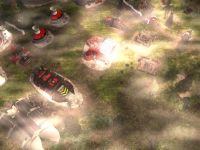 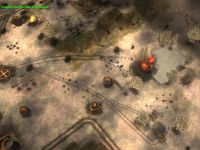 Several graphical, coding, and scripting bugs have been fixed and improved. Most of the maps, models, model skins, and particle effects have been totally replaced or improved with stunning new details not seen in most C&C Generals Mods. This includes fully 3D animating wheels and treads on models, enhanced shadowing, enhanced sun/moon lighting effects, reflective water, dynamic fog and weather effects, new terrain, and much much more!

Audio details have been improved with new sounds and effects. Improvements and fixes have been made to the single player missions and with several of the skirmish maps that previously had various bugs. The in-game user interface has been updated with new textures and also includes new text fonts, team/player color selections, and mouse cursors.

I strongly recommend you to check out and register at our WEBSITE and FORUMS today! Join the discussion and talk with the Mod Developers!

IMPORTANT INFORMATION FOR THE FANS AND DEVELOPERS:

We are starting a new program that will last until Mid December where WE WANT YOU to take part in the Mod. If you are a Generals or Zero Hour Mapper and have a Map that you would like added to the Mod for all to enjoy or to simply see converted into the new graphics, please contact us through the OFFICIAL WEBSITE the MOD FORUMS or the MODDB PROFILE and send it in! We would love to give your map new life in this Mod! We just require that it is in good working order and has plenty of build space and lacks any complicated scripting. We will of course, add you to the Mod Credits as a Mapper.

Have a great day as we hope to hear from you soon!
2009 sgtmyers88 and the C&C Tiberian Dawn Redux Development Team

i may have some maps to send in =)

Just email me or leave a post with an attachment on the forums.... Cnc-comm.com

Do not forget to register at the forums if you have not already done so! That way you will be able to post content there!

Exciting to hear that it will be come out this Christmas. Can`t wait !

Nice vid. But it doesn't have the cloud effects, and has renegade tiberium texture. :o

That's because the footage and the actual video was made before those changes were made as I was still experimenting with them at that time. I had intended to release the video months ago, but things happened to delay it. :p

I have to say there some great work been done, I can't wait to download it when the time comes out. Still my favourite team is Nod.