A man known in the C&C community as sgtmyers88 has brought to our attention an important battlefield report with some fascinating battlefield intelligence in the C&C Generals Zero Hour Modding arena! His Intel is in regards to the new version of Tiberian Dawn Redux set to release this Christmas!

We again start off with showing a video that features more of the never before seen graphics and gameplay features. We also have added a signature C&C music title which is actually an all new remix version of Frank Klepacki's famous "Act On Instinct". The new remix version of Act On Instinct featured in this video was composed by Trevor Morris and the song itself is featured in EA's Command & Conquer 3 Kane's Wrath.
For a great C&C Game Mod such as this, what song could be more appropriate than that?


We also show off more amazing in-game screenshots taken straight from the Beta Testers that show more of the new graphical enhancements which include improvements to water and lighting effects and the new environmental effects such as fog and volcanoes! Many of our maps and models have also been given another huge overhaul to help bring the player closer to the original C&C feeling. This includes more appearances from Visceroids which indeed attack players forces randomly and there is also the rare and infamous "Blue Tiberium" which is known better in "Tiberian Sun" for exploding violently when hit by explosives and flames.

Also included is some specially themed Tech Buildings such as the Tech War Factory and Tech Repair Bay while many of the ones you already know from Zero Hour have been replaced with structures that fit the "Tiberian Dawn" theme with the return of the classic Hospital, Technology Center, and the Bio Research Lab to name a few. Of course, the Tech Oil Derrick and Tech Oil Refinery remain the same since the effects of Tiberium have not yet hampered the oil production industry due to the fact that most countries have not yet converted to non petroleum based energy sources. 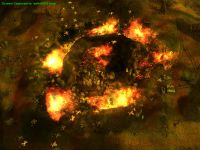 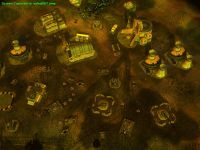 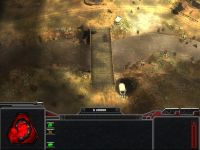 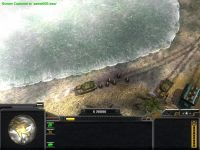 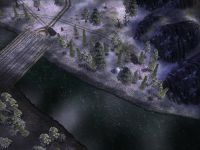 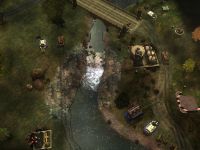 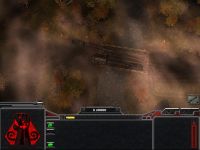 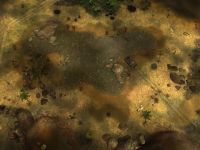 Of course, we are continuing to modify, debug, and update as much content as we see fit to help bring you a high quality and professionally made Mod to the popular Zero Hour game! This video is only showing a fraction of what you can expect to experience in the near future with the latest version of this Mod. Much of the shown features have already been further improved and gameplay has been further stabilized to create a fun and well balanced Mod while delivering a huge amount of eye candy into a 6 year old game. We believe in the philosophy of "for the fans, by the fans" and we listen carefully to all your comments and concerns about this Mod. We are doing our best to make the adjustments needed and creating a system that will help make this Mod an enjoyable and long lived playing experience for the fans of Command & Conquer!


We are still accepting submissions for fan made maps to be featured in the newest version of the Mod as many of you have already responded. We give great thanks to all of you who have authorized your content to be added to this Mod. If you have not submitted anything and would like to do so, please check HERE for more information. We would love to see what you have!

Q1. Will this Mod recreate the original story campaigns?

A1. Yes to an extent, we currently have eight GDI missions and eight Nod Missions completed from the original game which have been designed and scripted in incredible detail. We also have one GDI and one Nod mission which are totally new, but they are based on popular missions featured in the Covert Operations Expansion and from the extra missions featured in console versions of the original Command & Conquer. We are continuing to do our best to work on completing the rest of the missions for future versions of the Mod.

Q2. Will this Mod finally include a Launcher?

A2. Yes it will indeed. I have assembled a simple launcher system that will let you choose between playing Zero Hour and Tiberian Dawn Redux and it even includes an option for starting the WorldBuilder map editing tool for both Zero Hour and the Mod! So feel free to make as many Tiberian Dawn Redux maps as you like while working on the ones from Zero Hour too! Or perhaps you have a desire to be converting maps between the two? Why yes you can!

Q3. Will my computer be able to handle the new graphics?

A3. While the graphics is indeed a nice new feature that we have added to Zero Hour and to the Mod, the most important thing we focused on was the gameplay. That was the purpose of Mod version 1.0 thru 1.2. The idea was that we wanted to assemble and lay out the overall playstyle of the original C&C which included an improved version of the Classic Conyard System first seen in the C&C All Stars Mod for Zero Hour. At a later date, we finally made the effort to make the graphics better while fixing many things from previous versions including several bugs and balance issues found in the Mod's gameplay. This is what version 1.3 will bring to the table this year.

For this new version, you may indeed need to have a PC that is less than 5 years old to get the best and smoothest visual gaming experience from this Mod and a multicore processor with a dedicated graphics card is a must. You could easily say that this Mod is closer to the C&C3 level of system requirements than you would for Zero Hour. After testing the LOD Settings on Zero Hour and C&C3, I do think that it is a good way to grade these new Mod graphics for determining how well you will be able to run the Mod. Do not fret, You will have an option in our new launcher that will disable these effects to bring the Mod to a level closer to Zero Hour settings so those of you with older systems will still be able to play this Mod efficiently with decent graphics from the new terrain, models and textures. We want to make sure everyone can have a fair chance at experiencing this Mod and that nobody gets left in the dust or in the dark because their PC is not powerful enough.

Amazing... one can feel the meaning of countdown... the determined date is a lot different from TBD...

its looking great will breath new life into zero hour

I am SOOOO looking forward to this !

can you tell me the next release file size (estimately)?
because I'm having bad internet connection :P

Probably with the mission briefing FMV's included it will be close to 500MB like v1.2 (initial estimates)

We may remove the mission briefing FMV's for a "light install" version which will almost cut the Mod size in half to around 260MB. (initial estimates)

you are making this game more awsome every time I look by, great job sgt. great job!

i have a question for you sgtmyers88
do u get credit or something for this mod ?
maybe job invations from companies or something else ?

LOL no... its freeware... just like the C&C game that this Mod is remaking and improving on.