This week I went on an adventure through the Winged Cave (dungeon 2) - a new tileset, new enemies and new bosses. The save system is implemented and working.

The loss of 'Bot' last week was tragic, so I decided to pick a Paladin and go alone this time. The excursion's destination was the Winged Cave (dungeon 2).

I heard rumors that this place was filled with stronger enemies than the Crypt. Lucky me, the save system was just implemented so I didn't have to go there with a level 1 hero. Most of the creatures that inhabited the cave had one thing in common: They could fly! "So that's why they call it the 'Winged Cave'. No matter how well they fly--a hit with my hammer and they will fall," I thought to myself.

While exploring stage 1 of the cave, I was looking at the ceiling in expectation to see flying enemies appear, but suddenly I noticed a horrible pain in my legs: A bite from a big spider that was lurking on the floor using the right moment to attack. 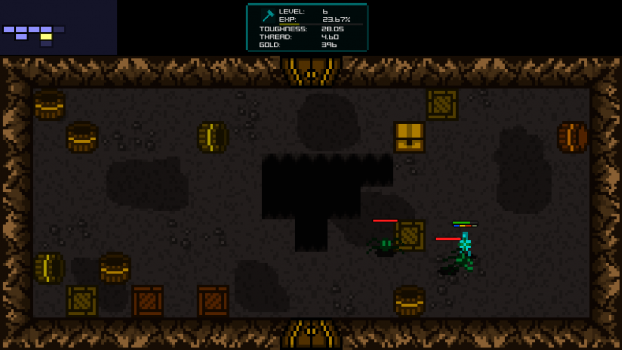 Some potions that were inside of nearby barrels were able to heal the wounds, but I had to learn one thing: If I wanted to leave this cave alive, I had to keep both eyes open, one on the ceiling and the other one on the floor.

A red skull on the ground showed me the way to the first boss of dungeon 2, a purple giant bat surrounded by smaller red ones. 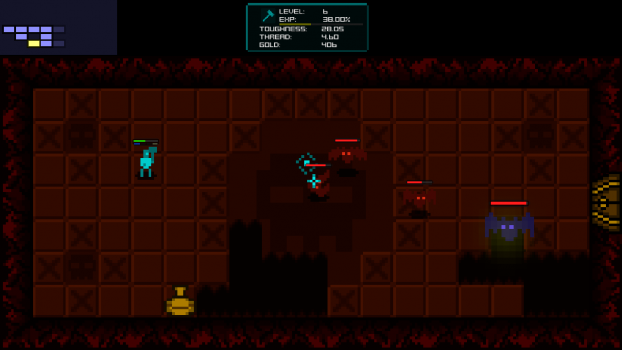 "If only 'Bot' were here," I though, "he was such a good meat shield. Now I have to evade everything."

The second stage of the cave was populated mostly by creatures of a species called 'wyrm'. Some of them were equipped with a spear, others used hammers and all of them had big wings to fly. 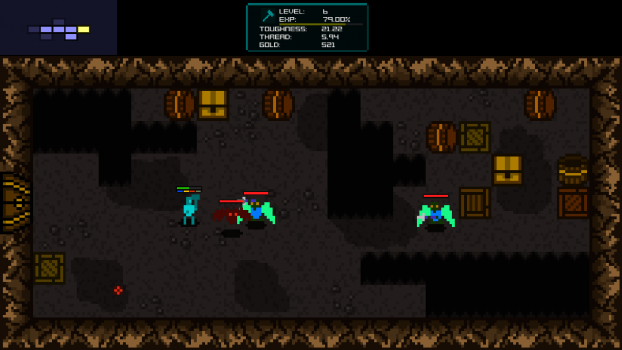 I took my time to explore the area and get some EXP by clearing rooms. And then... The red skull again. "You know you can make it, your Paladin has ranged abilities," I thought to myself, "just run around, evade hostile shots and use your skill whenever the cooldown is ready."

Did I surive it? I don't know. Did I also clear stage 3 and the endboss? Not sure.

The last thing I remember is a nightmarish picture of two strangely mutated wyrms at the end of stage 2. 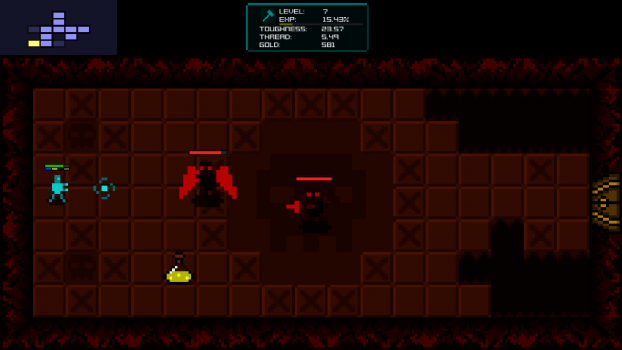