Welcome for our sixth update of Casus Belli. Today we are going to present you our little escape in Paris, the carrying of Casus Belli on Crysis Wars finished at last, two new weapons and finally some screenshots of our new map, Seversk. Enjoy!

Welcome for our sixth update of Casus Belli. Today we are going to present you our little escape in Paris, the carrying of Casus Belli on Crysis Wars finished at last, two new weapons and finally some screenshots of our new map, Seversk. Enjoy!

Following our successful demonstration at the Gamers Assembly 2009, Intel trusted us once again for a similar event, this time for distributors of the brand.

The adventure goes on with Crysis Wars !

Concerning Casus Belli, carrying on Crysis Wars is, at last, completed. Long planned, the task proved to be more difficult than expected, but we managed to transfer our entire project onto this new platform. This choice reflects the will of Crytek to no longer update Crysis for the benefit of its stand-alone. Recognizing the multiplayer state of Crysis on a community level, we preferred to continue our development on its little brother, which is far more popular.

The Hk416 is now ready for NATO active service. Brand new from the Heckler & Koch factories, it was the best solution to renew the old M16 rifles after decades of service. Meanwhile, the AK74 is an assault rifle operated by the Soviet Union since 1974 to compete with the U.S. M16. Cheap and combining easy maintenance and resistance to water and sand, it is one of the most common weapon in the world. 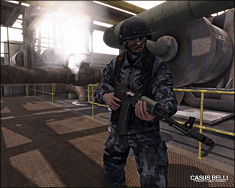 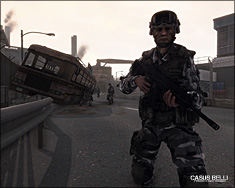 Seversk is a small fictional village in Croatia, isolated in the peninsula of Istria. This battlefield is characterized by its traditional Mediterranean assets such as vineyards and olive trees. We hope these contrasts with Crysis’ jungles will allow players an even richer experience than usual. 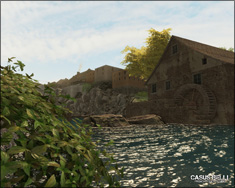 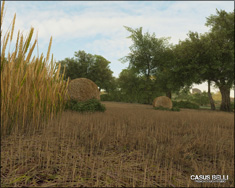 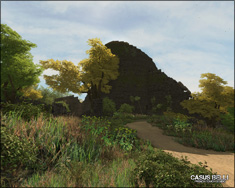 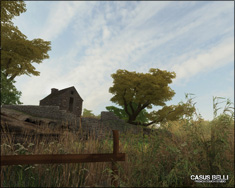 Seversk’s gameplay is a mix of tanks and infantry combats. Your goal is quite simple, you must take and control Seversk. Particular emphasis have been put on the buildings, each one will be able to be entered! To illustrate our point, the following screenshots show you a wine cellar, whose access is connected to various key points of the city. 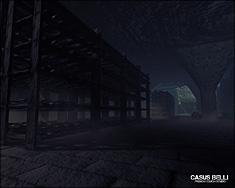 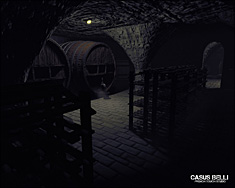 That’s all for today folks! We are still looking for animators and texturers, but but we also welcome talented modellers. The few renders of this news are just a taste of what has been done, but we hope it has raised your curiosity. Other information should be published shortly, but meanwhile, please visit our forum if you wish to learn more about our work. We will gladly answer you!

I have Crysis, now I finally have a reason to play it. The Crysis community really needs a jump start.

but one question....is this all only a map with new dudes and places nothing new (powers stuff toys weps??)

at Spartz: Yes watch our other news, you will see new tanks and like you can see on the Picture in that news, the soldiers have new weapons.