Here is more information about changes to the player in our latest update.

Over the last three months, our team has been working to update Castle Torgeath. Recently we have completed release v0.9.1. Today I’d like to go into details about the player’s new look and feel.

A special focus was made on reworking the shape of the arms and hands as well as their positions relative to the weapons. We also replaced all the old textures and added custom shaders to improve the look of the player.

In addition, we have completely redesigned all the player weapons. The sword received new textures in addition to custom shaders. While the mace and axe received similar treatments it felt as though it wasn’t enough. As a result we completely rebuilt them from the ground up creating two new weapons. As before, only the sword is available initially and the other two become available later.

Here is a screenshot of the player with the sword: 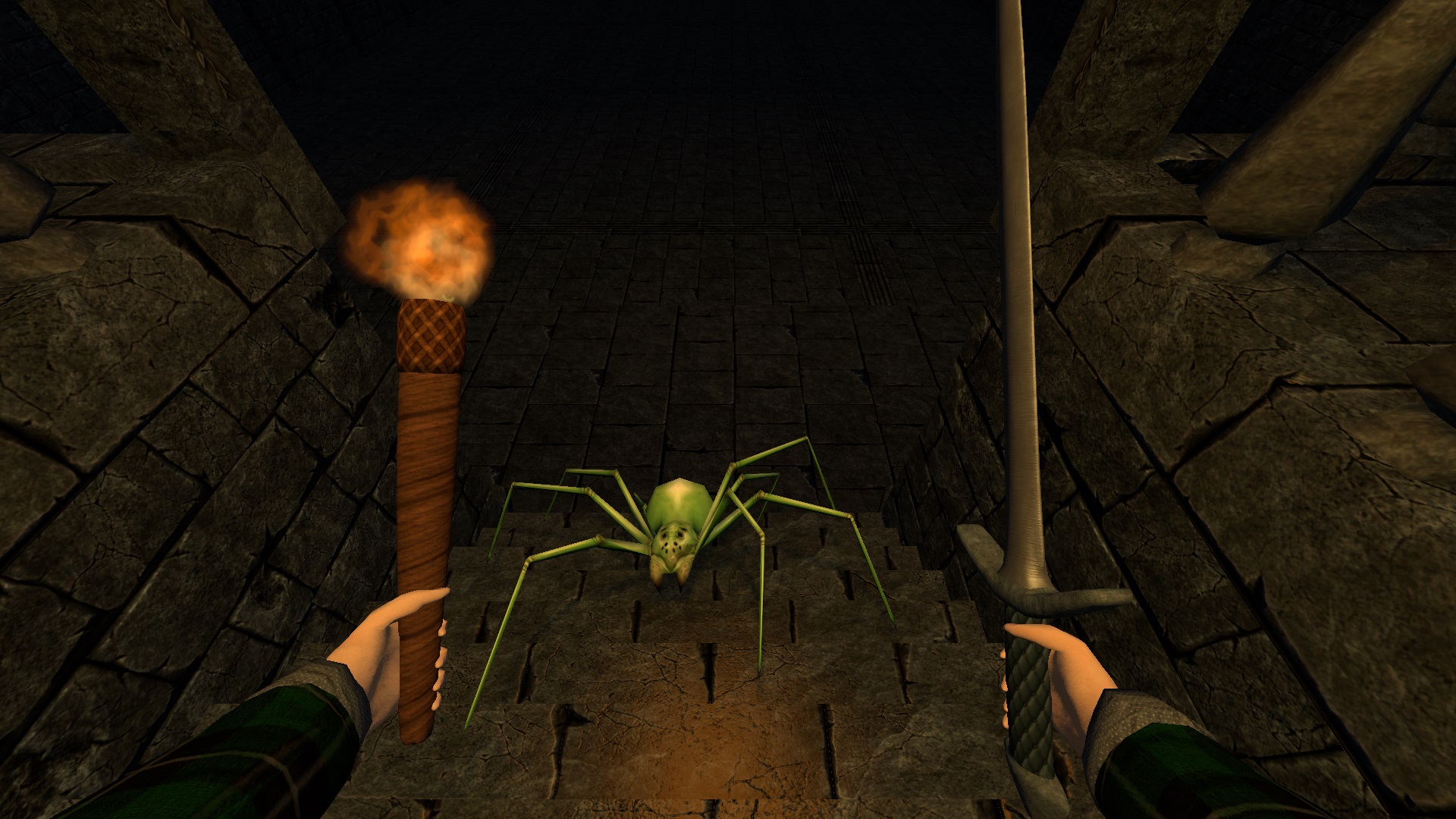 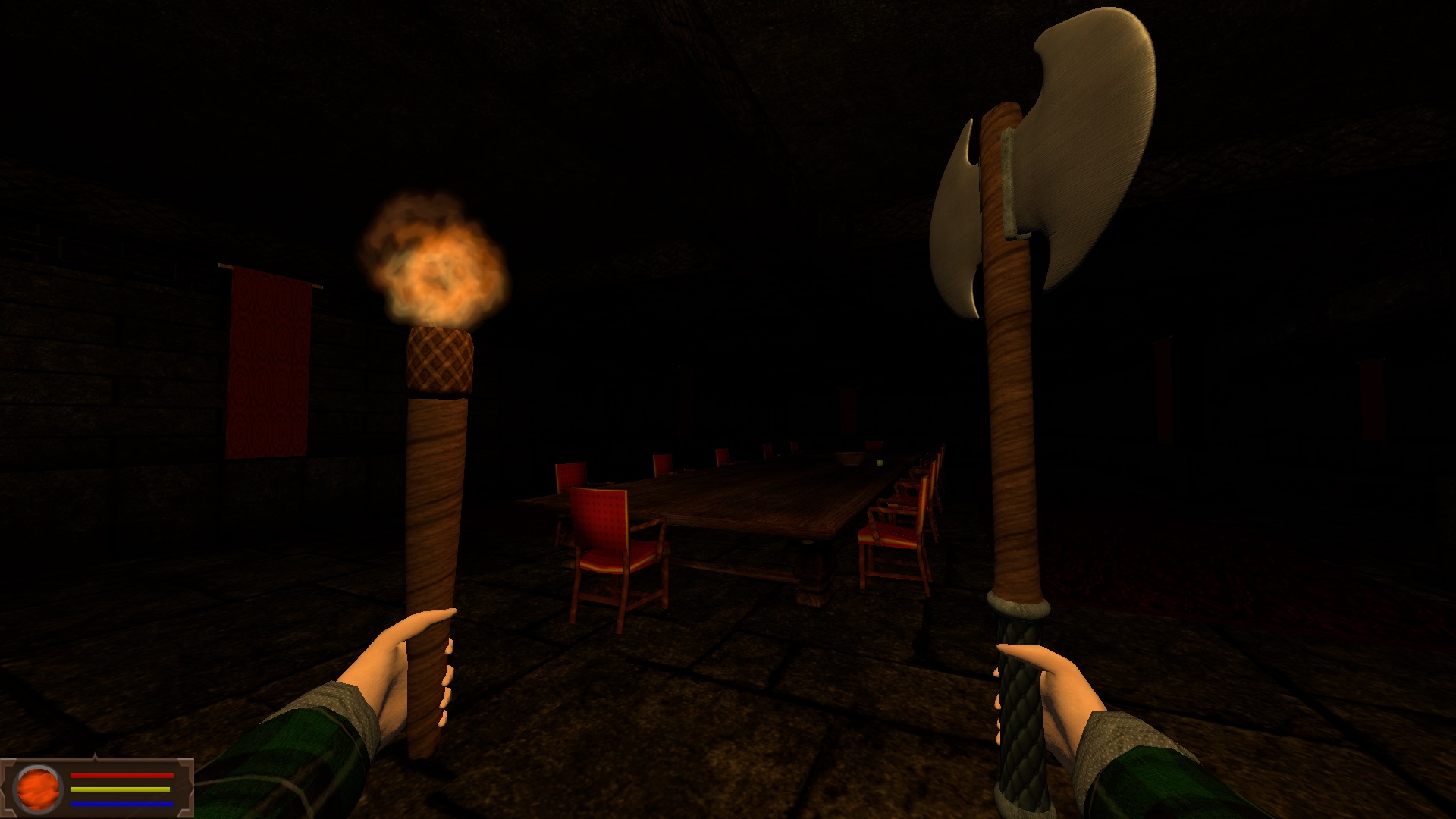 The next screenshot shows the player mace: 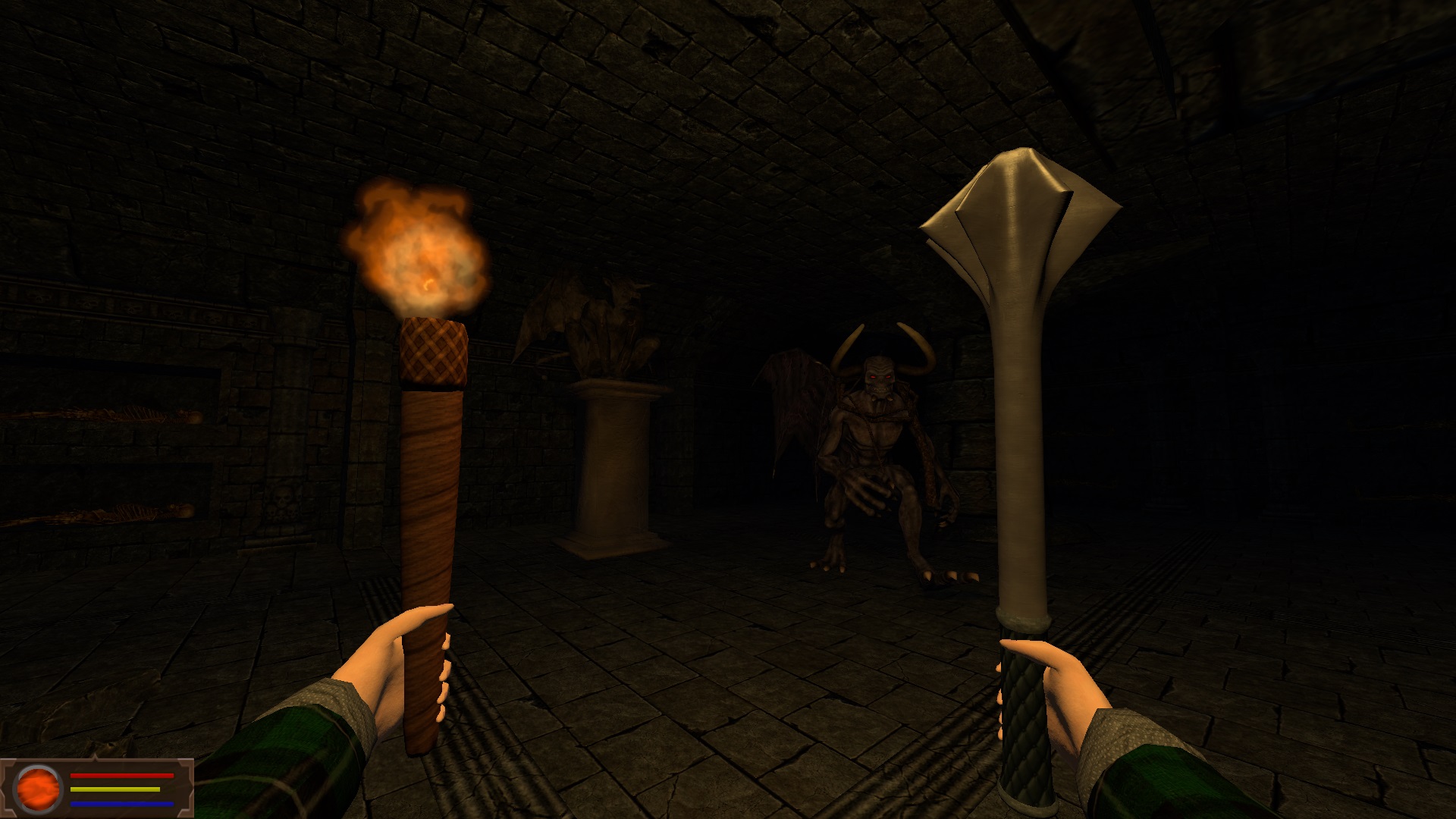 The following video clip shows the melee weapons in use against animal enemies. We also show the use of weapon sheath and unsheathe. Note that the player can now change weapons at any time whether the weapon is sheathed or not.

Thank you for reading, we'll have more details about the update in coming weeks.