In this release we made significant combat and game feel improvements as well as implemented many of your suggestions. How the enemies fight and move is now much smoother. It is also much easier to select items like torches, food, loot, and potions. In addition, we added mana regeneration to make it easier to use spells over time. We also modified some of the spiders to have different attacks and behaviors (e.g. poison attacks).

In this release we made significant combat and game feel improvements as well as implemented many of your suggestions. How the enemies fight and move is now much smoother. It is also much easier to select items like torches, food, loot, and potions. In addition, we added mana regeneration to make it easier to use spells over time. We also modified some of the spiders to have different attacks and behaviors (e.g. poison attacks). Finally, we implemented several suggestions made by the community including double clicks to open files and using the select key to toggle messages.

At the start of working on the update, we investigated making the enemies move smoother to improve combat feel. After several bits of experimenting, the core of how enemies move and fight has changed. The most important change is the underlying way the enemies approach the player. Previously, the enemies would start the attack procedure at a further distance and then slide forward. While this gave the enemies a greater chance to hit the player and create more dynamic situations, it didn’t always look good because it caused the enemy to jerk and made it hard to dodge their attacks by pulling back. All of that was completely changed, the enemies no longer slide but can still be a threat to the player. This result is possible because they can get closer to the player before beginning their attack. These changes remove the jitter and hit guessing, however; it is not just enough to modify the core processes to make it look smooth. The way animation transitions occurred and the speed of each enemy were readjusted for each individual enemy type. The total of these fundamental changes creates the smoothest combat experience for Castle Torgeath to date.

Enemy differentiation was a big focus on this update as well. We wanted to add more to the variety of combat options the enemies had to create more excitement in combat. We added two in this update. The first addition was to give green and black widow spiders’ a poison attack. If you get hit by a poison attack your vision will be distorted and you’ll lose health over a short time. The other addition is the passive spider. Albino spiders will now only be aggressive if you attack or get too close to them giving you the option to avoid them if you don’t want to fight. We believe additions likes this give more flavor and character to the combat and we hope to add more soon.

The final big focus for this update was addressing some of the requests from our community. The biggest is that we’ve added mana regeneration in the game. The regen is slow, 1 unit per minute, but will allow you to get in a few extra shots or open magically sealed doors without having to always use a mana potion. Another big addition is that we made selection of torches, food, potions, and loot much easier by moving the selector closer to the player enabling you to get as close to objects as you want. Two other additions are that you can now use the “e” key to close clues and you can double click to access files. We will keep adding features based on your comments as much as we can to make the best game possible.

Scene from the Fog Hall in Level 3 (Smithy): 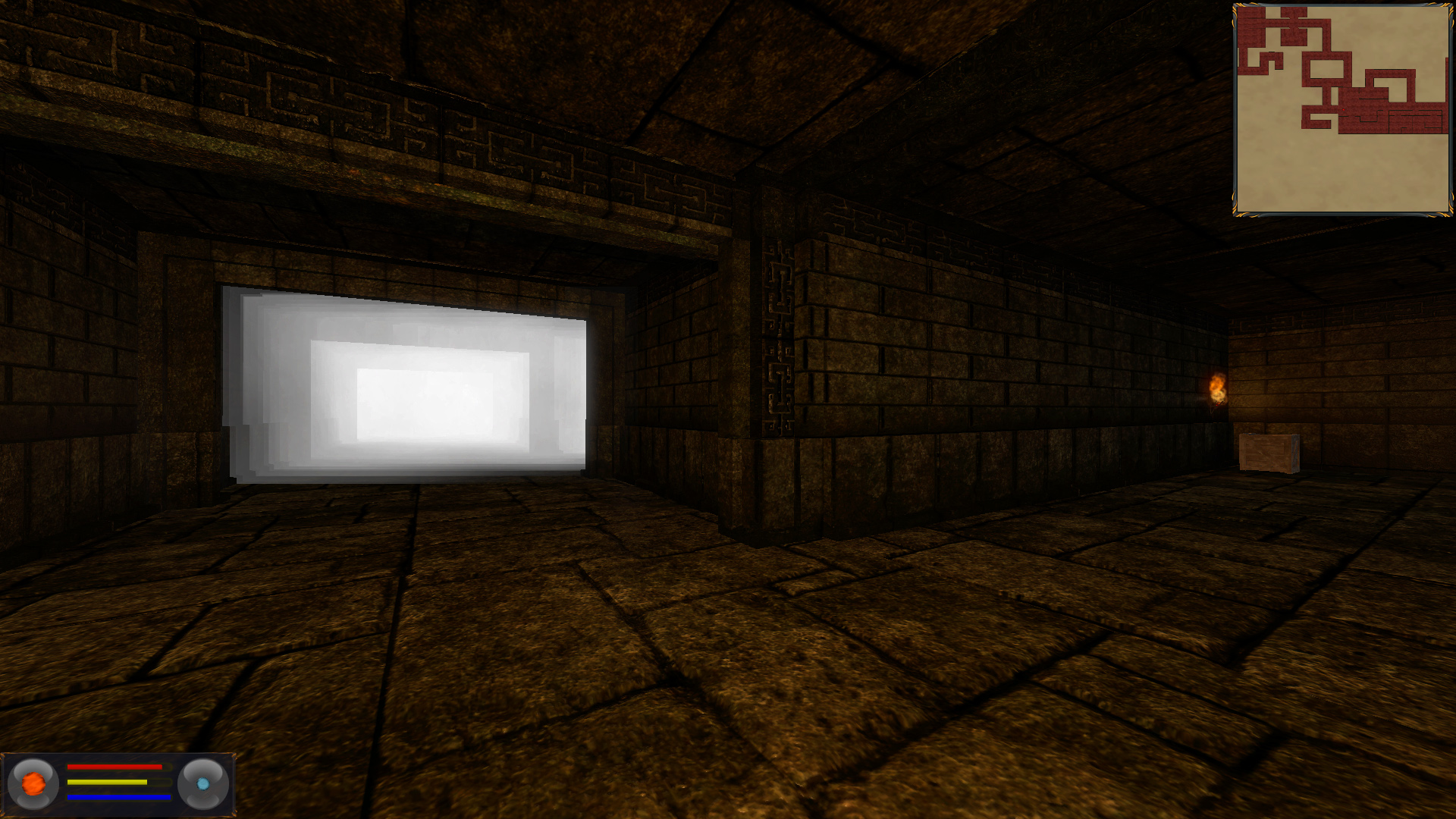 Here is a new combat scene in Level 5 Mines: 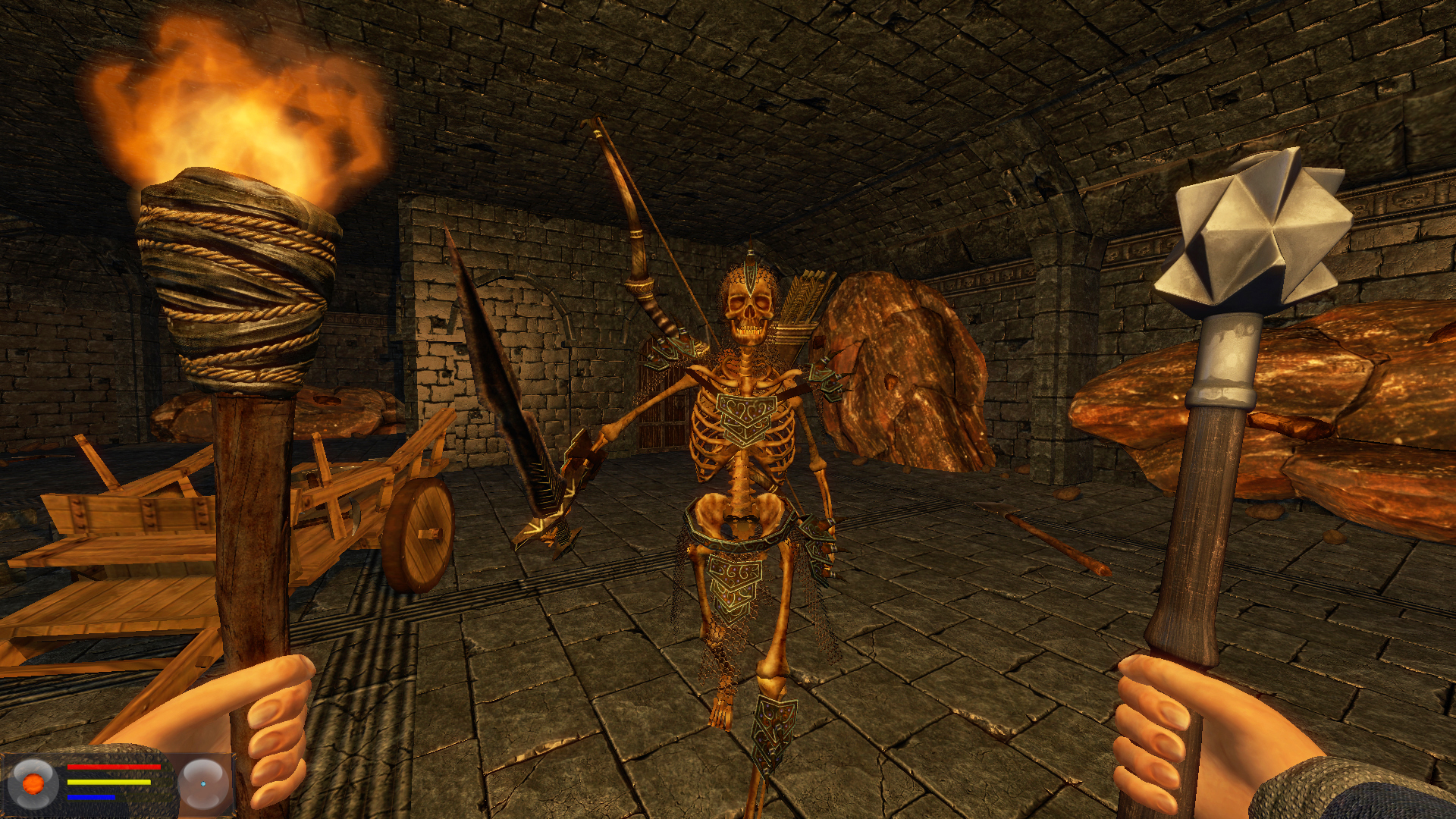 Here is a video of the new poison spider attack: