In this update, we wanted to deal with some of the things that people have been wanting in the game. The largest one is auto-saves. In addition to that we also added Rogue mode, a Hard difficulty, and added additional tutorial information. We also brought back character customization.

In this update, we wanted to deal with some of the things that people have been wanting in the game. The largest one is auto-saves. In addition to that we also added Rogue mode, a Hard difficulty, and added additional tutorial information. We also brought back character customization.

The most impactful addition in this update is auto-saves. Auto-saves in our game generates a save file which is overwritten each time an auto-save occurs. These saves happen based off a time interval which is set by the player or when you stop playing the game. The time interval can be set to five, ten, or thirty minutes. Auto-saves can also be turned off for those who want the added challenge.

The second important addition is our new difficulties. We added a new tab in the options menu called Difficulty. This tab is basically where auto-saves and difficulties can be controlled. The three difficulties are Normal, Hard, and Rogue. Normal is the default setting which was what the game was at since our last update. Hard is like normal except the enemies are harder to fight and take down. Rogue is similar to Hard difficulty but forces auto-saves only. You cannot see any other saves when in Rogue. You also are not able to manually save or change difficulties outside of the main menu while in Rogue. These changes should add a new level of challenge for players that want to push themselves further.

There are a handful of other requested things that were added. Character customization makes it’s return bringing a wide variety of options allowing you to make the player your own. The player can change his hands, shirt, sleeves, and sword. He can also change the color of his hands, sleeve, and shirt. We also added the ability to get out of any menu by pressing the escape key. Lastly a handful of improvements were made to combat including the extension of melee weapon hit ranges. These new improvements and additions should make for a better gaming experience.

Screenshot of a customized player: 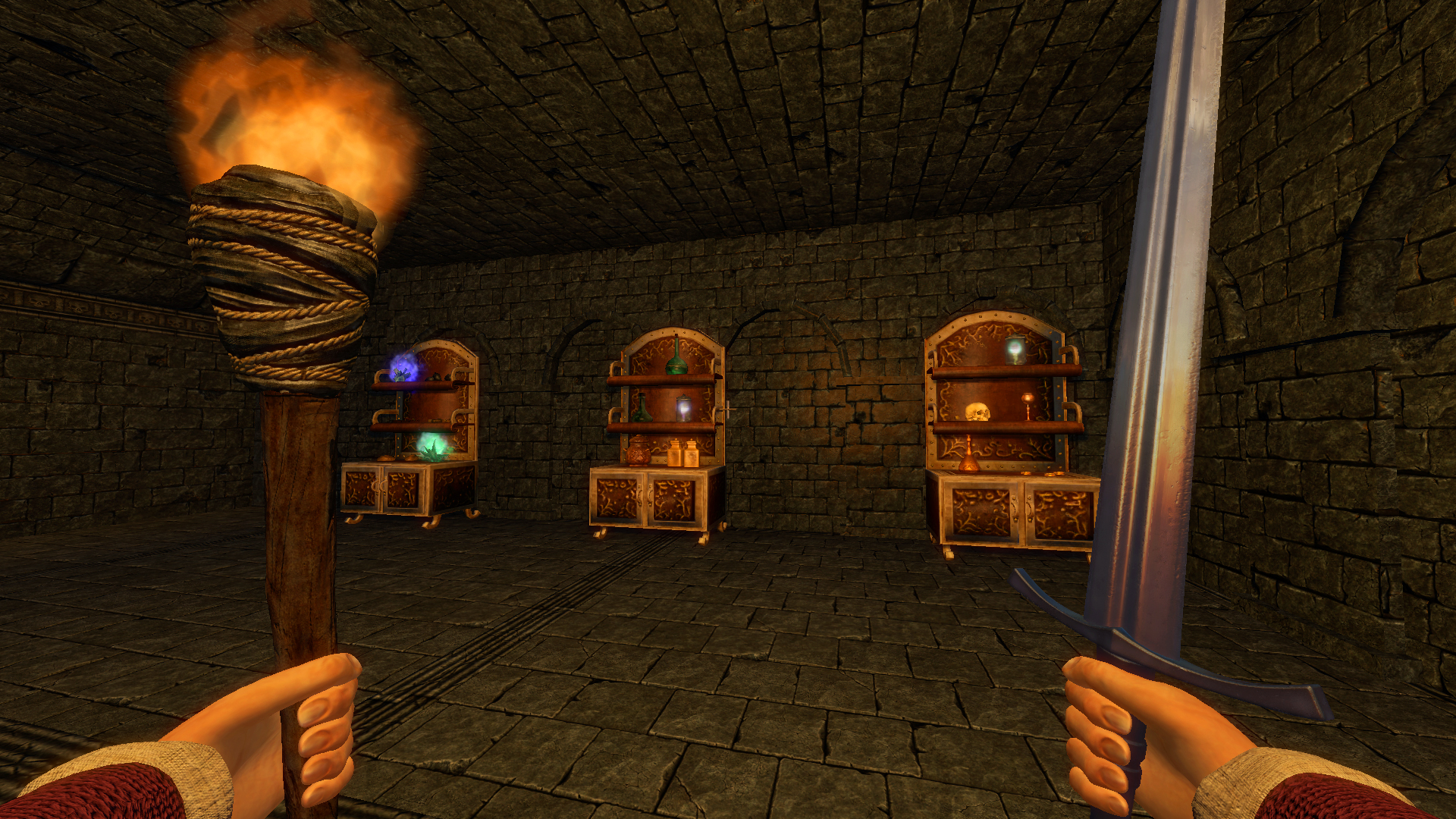 Screenshot of our new difficulty menu: 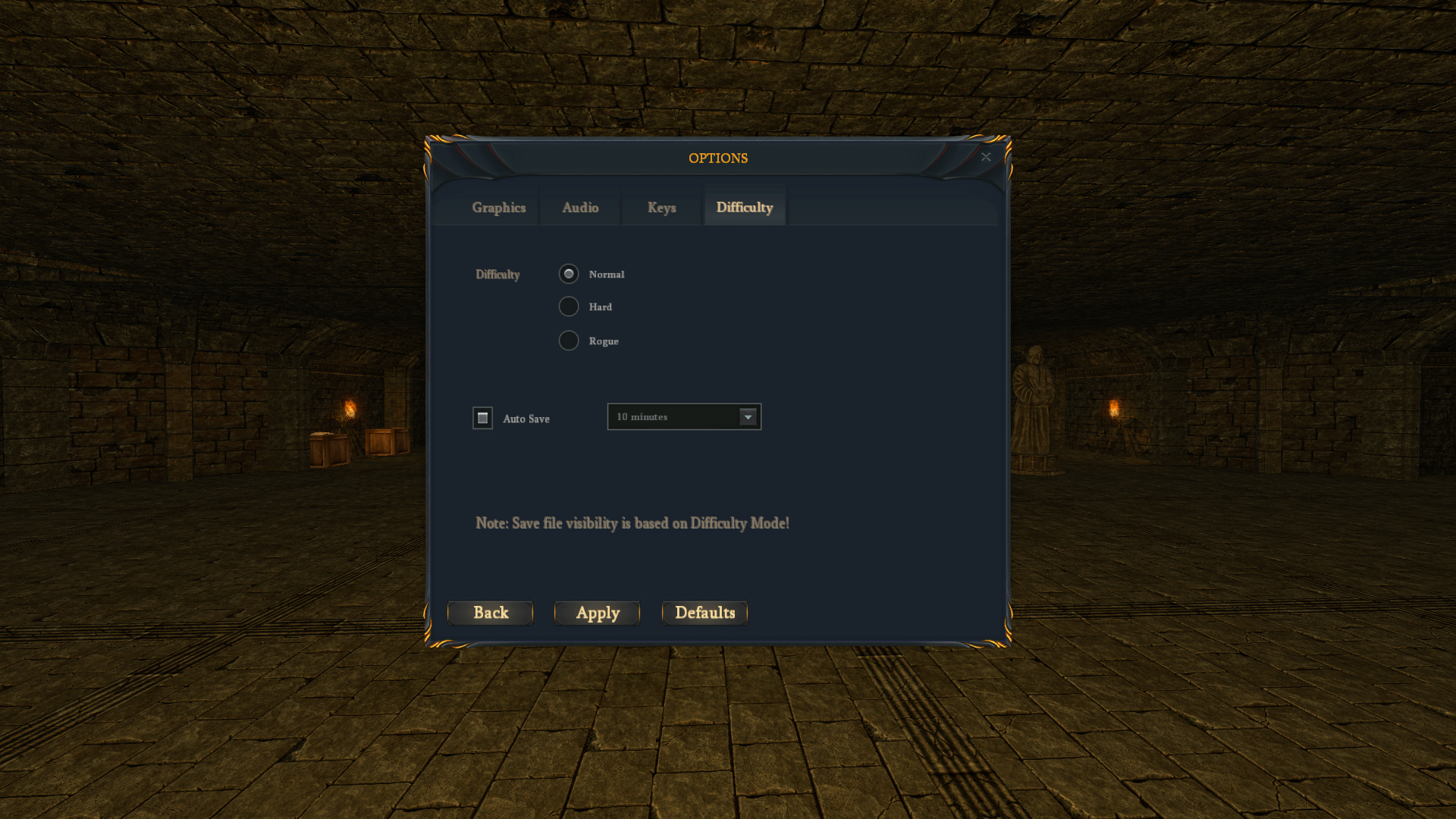 Screenshot of our new customization menu: 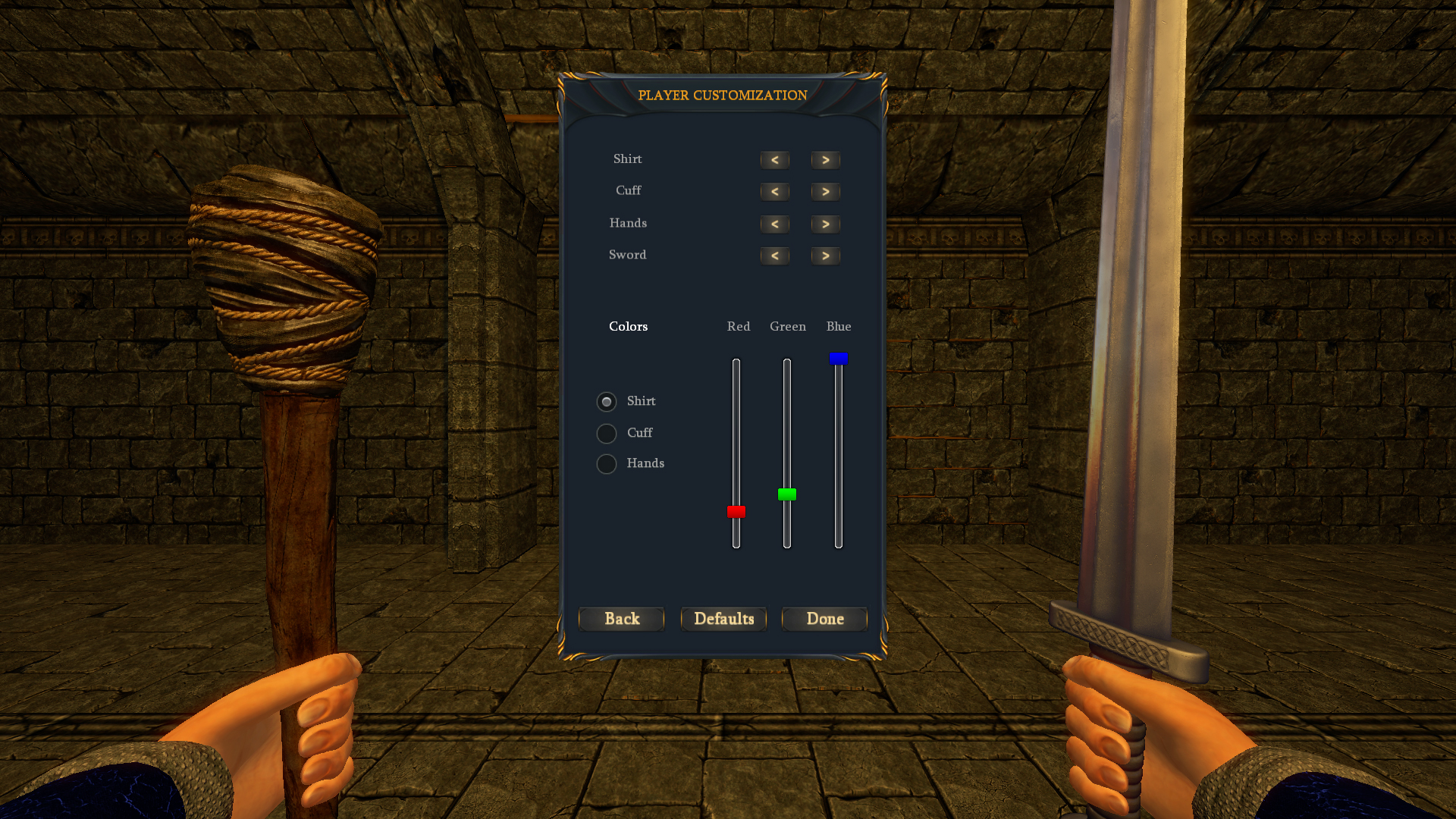 Here is a video of Character customization in action:

You can check out our roadmap for our future plans Steamcommunity.com

Thanks for your feedback and support. Let us know what you think about our new changes!