It's been a while, but at last we can introduce all the features coming with the v1.1 patch along with a free Royal Tenants DLC! Breathe new life into your village with new locations, new mechanics and Royal Tenants who can now do the job for you!

Our sincerest apologies for keeping you in the dark regarding the patch’s development for so long. While working on the v1.1 patch we wanted to make sure that this update adds as much content as possible.

We’re now getting ready to let all this additional content see the light of a day. 🙂 A lot of new things await you in the upcoming update and we hope it’ll help you enjoy Castle Flipper anew!

Without further ado, let's watch the new trailer, shall we? 😃

What has been added in this Major Update? 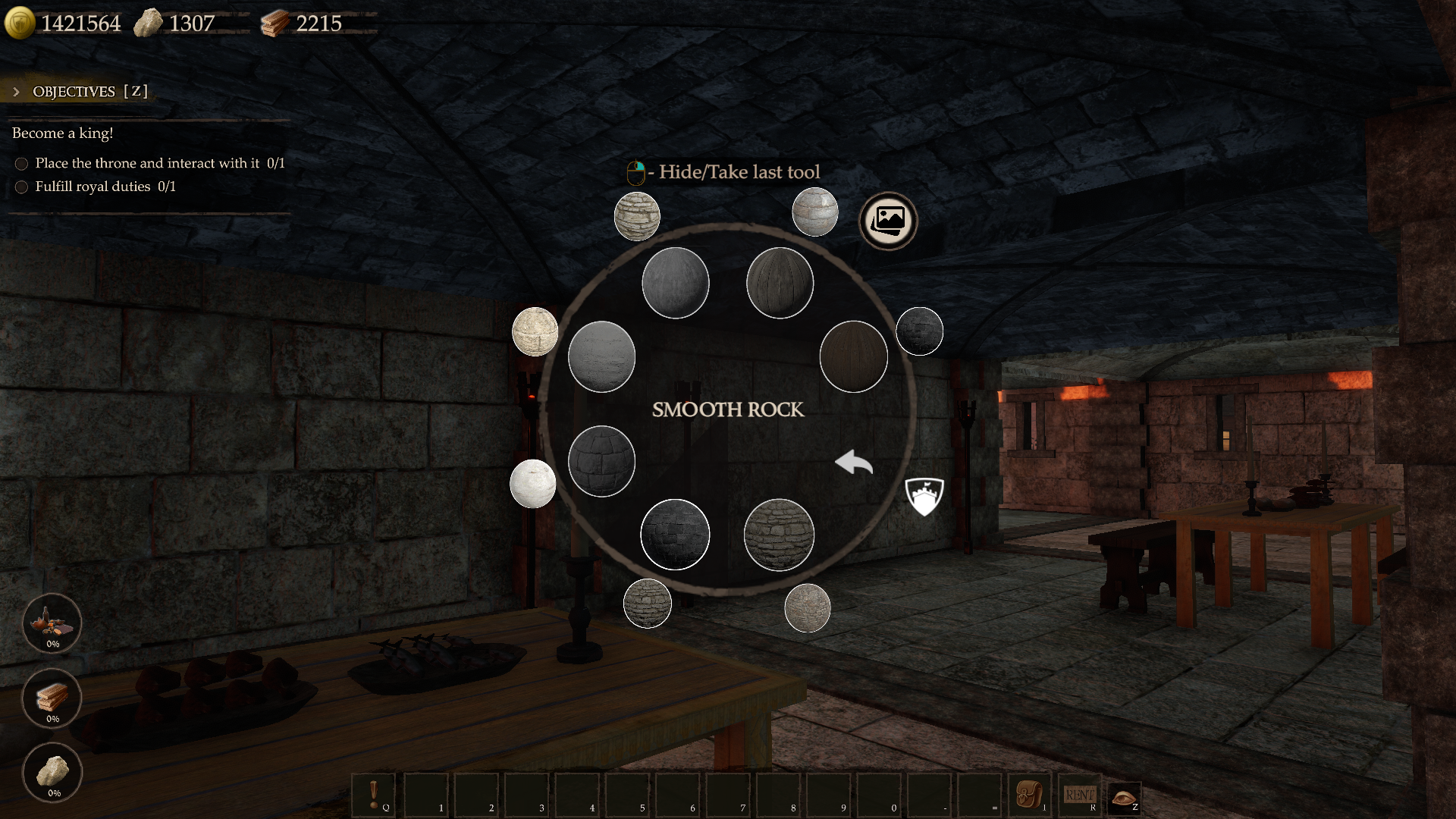 Many new objects have been added, including new roof types, new furniture and more. You can now find over 500 objects in the game! There are also more roof and castle wall variations!

There is now much more variety among castle parts, giving you more artistic freedom during building! Many issues, which have been reported by players, have been addressed and so, building a castle should now go more smoothly and be much more enjoyable. 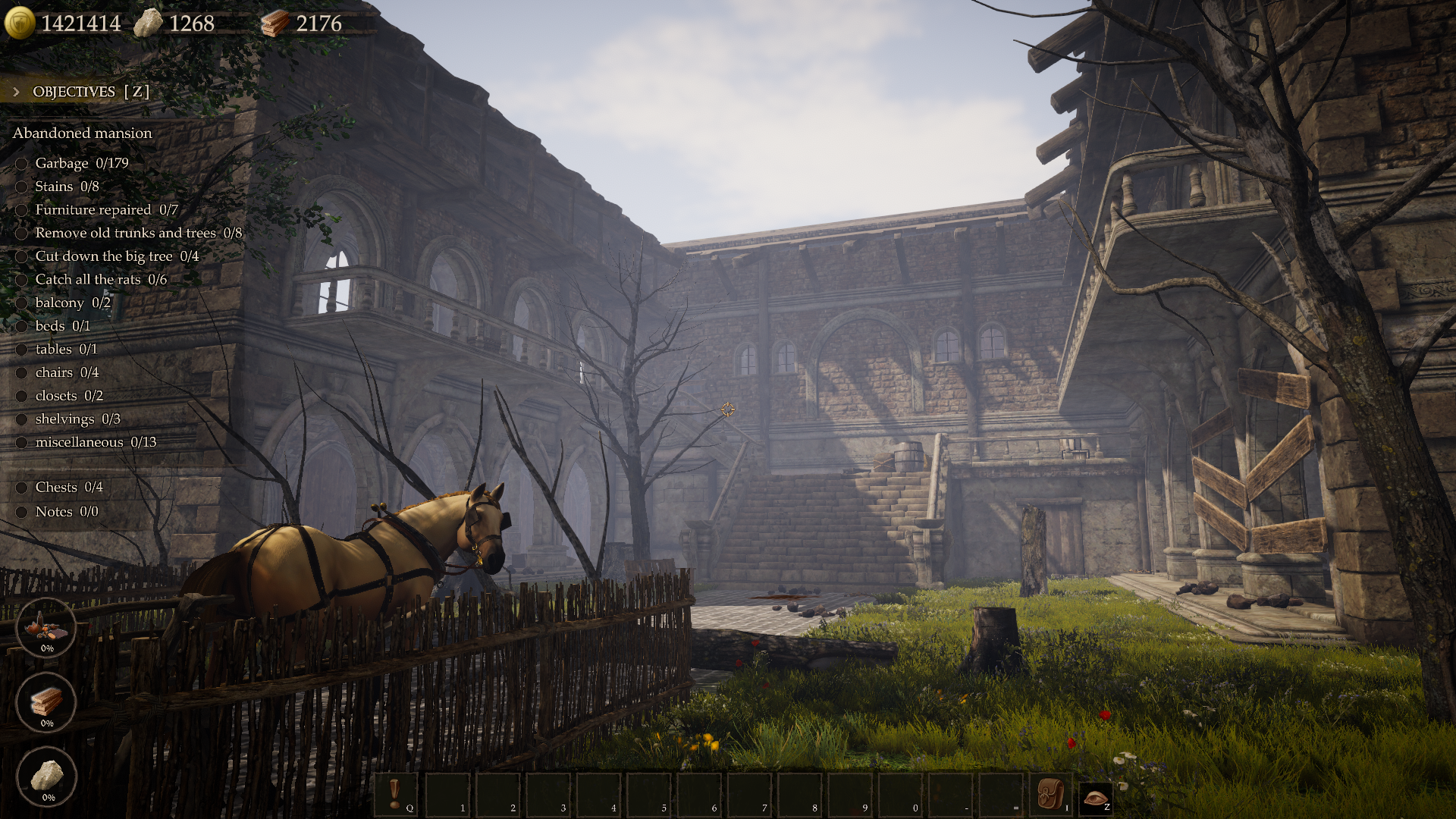 List of available missions have been expanded. Many of them will be centered around building, so you’ll have more opportunities to create buildings for your clients. Moreover, you’ll be able to revisit quests you have already finished. Do you miss Frozen Fortress? Come back there anytime!

New mechanic which allows you to purchase lands, clean them, build on them and sell them with profit! Ask your Royal Landlord about current available offers. 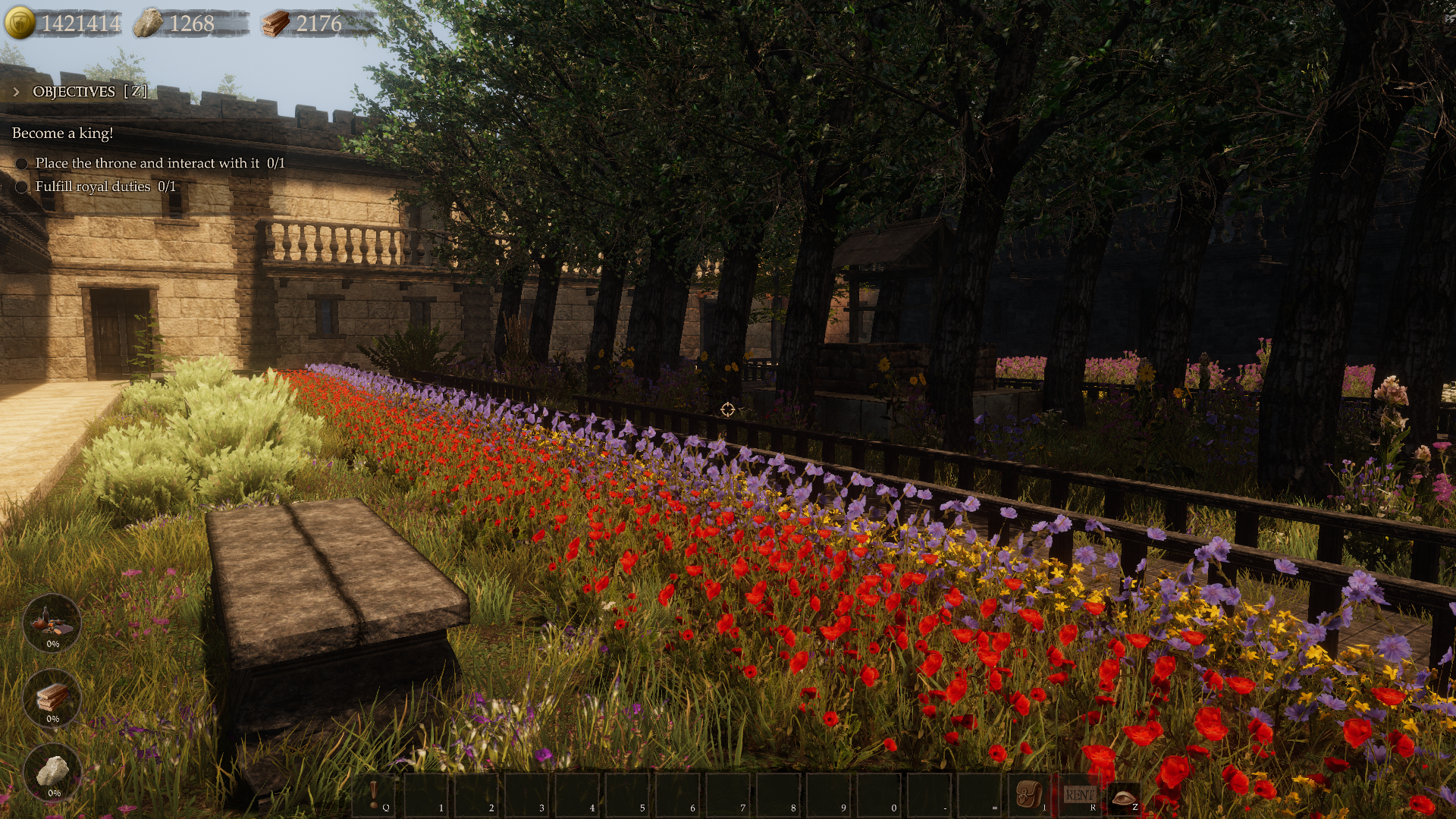 Some Tenants will require a garden attached to the house. To fulfill their needs, place a "Garden Cell" snapped to the building. If your client requires some object to be placed outside the building - it needs to be placed on the Garden Cell. This way he will know it's his property. Of course you can still decorate the area around as decorations are not required by the Tenants.

Now cleaning comes with more benefits! When you pick up trash, it will be gathered in a crate. You can conveniently gather lots of trash at once and then gain additional resources when you put a crate in a warehouse, on a boat or on a cart.

If you want to empty your warehouse - approach the book with warehouse records and press USE. This will export the cart with the crates abroad in exchange for payment. Remember you need to wait sometime before your StoreKeeper's horse cart comes back. 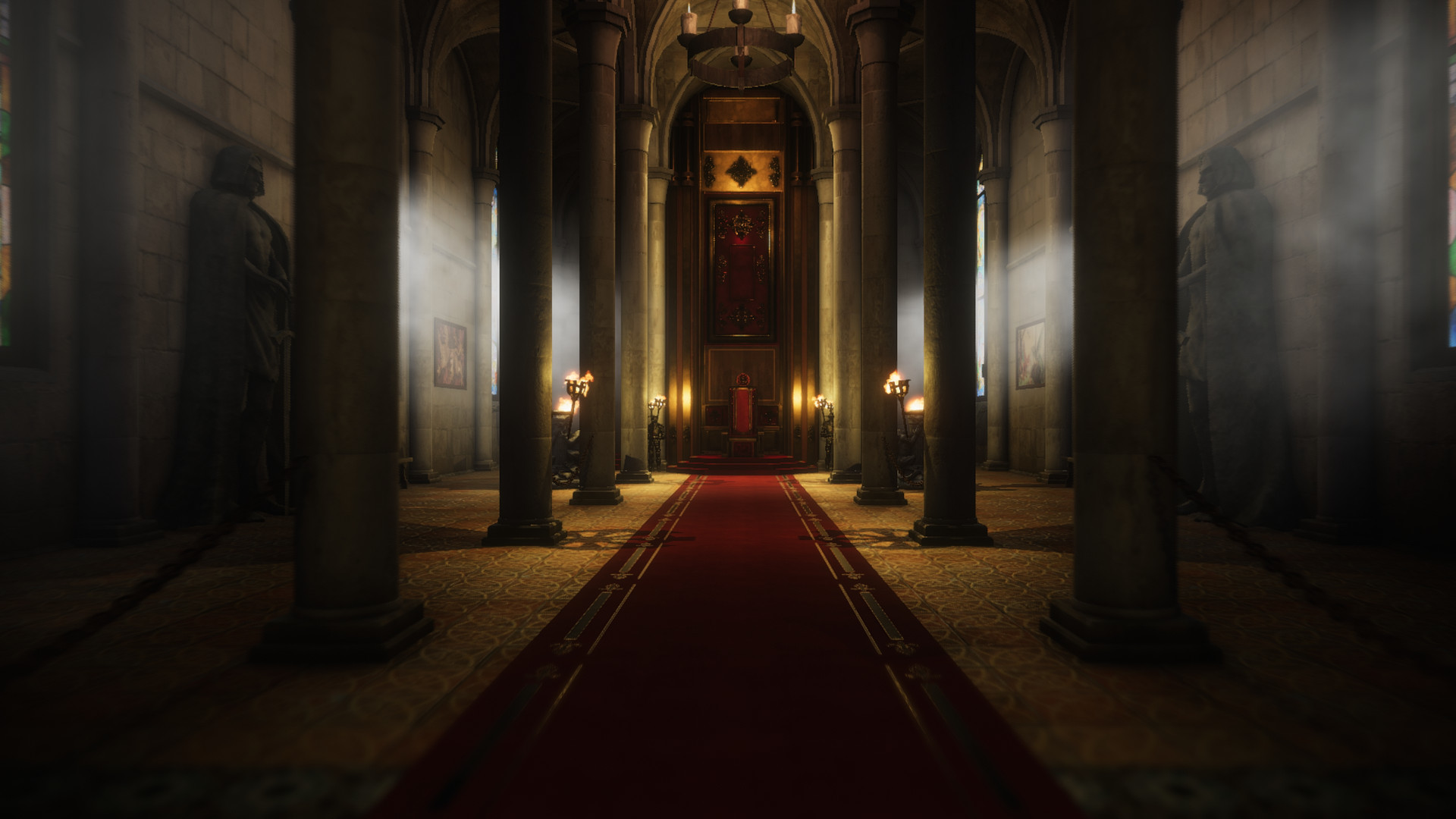 With new missions come new locations! Such as the Throne room and the City. Moreover, locations available so far have been expanded. Each location has its own history worth discovering. We hope you’ll enjoy exploring them! 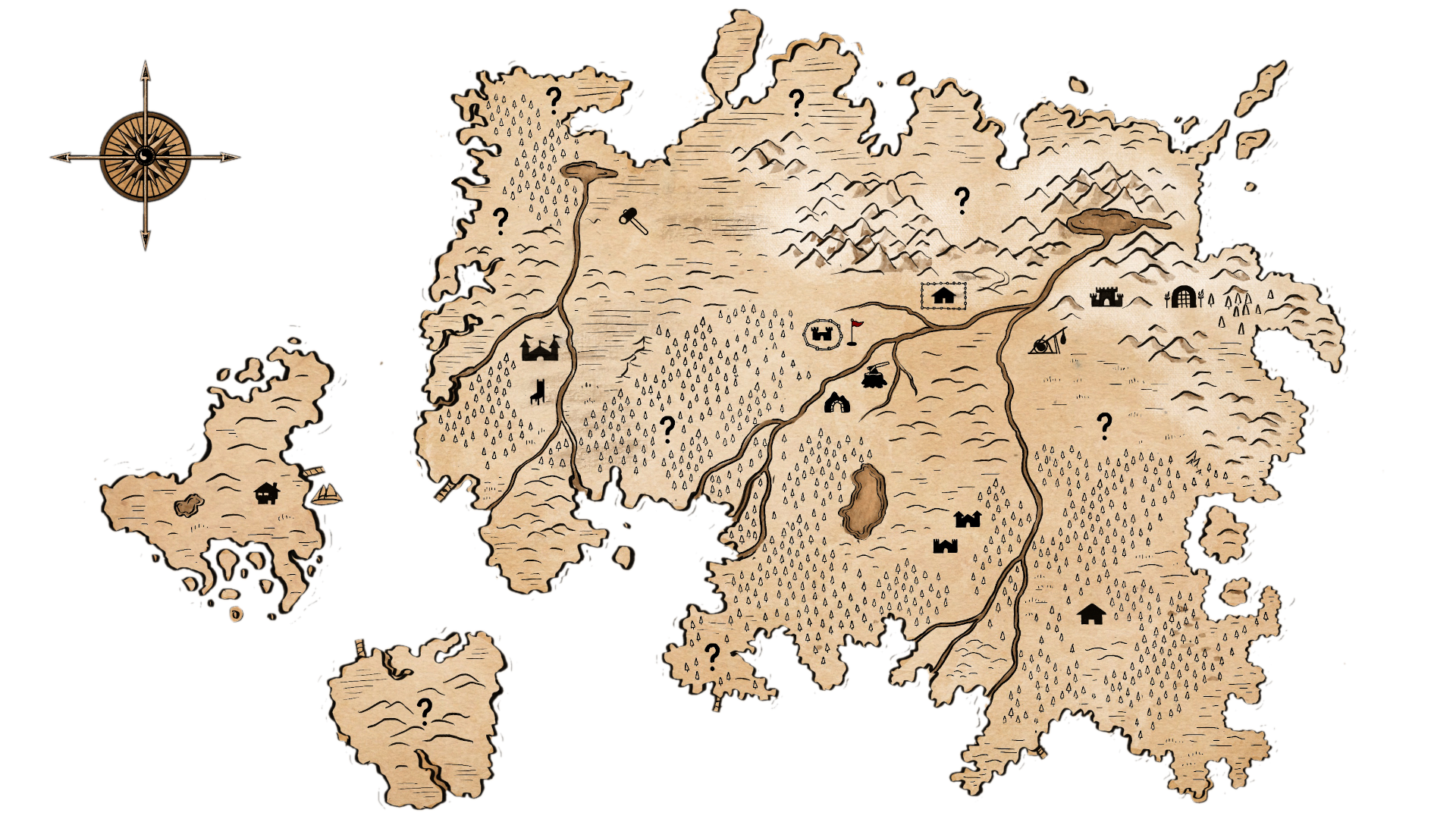 After a certain mission is completed, a big map will appear on the board, from which you can see your entire Kingdom in its full 2D glory and access new missions and locations from there.

Some of you have already noticed new achievements waiting to be unlocked. While it’s impossible to unlock them now, they will be available once the patch goes live. Other than achievements, Steam cards have been added. 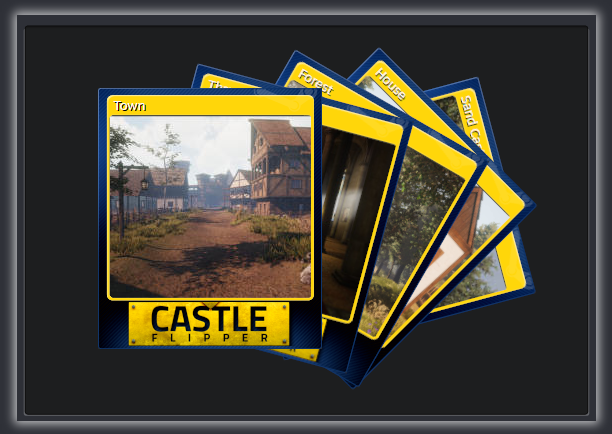 As announced before, you will now be able to freely take screenshots in game without the game's UI getting in the way! You’ll be able to access it from the Tools menu. Position the camera exactly as you want it, enter Photo mode, press Print Screen and that’s it! You have a lovely screenshot of your creation. 😊 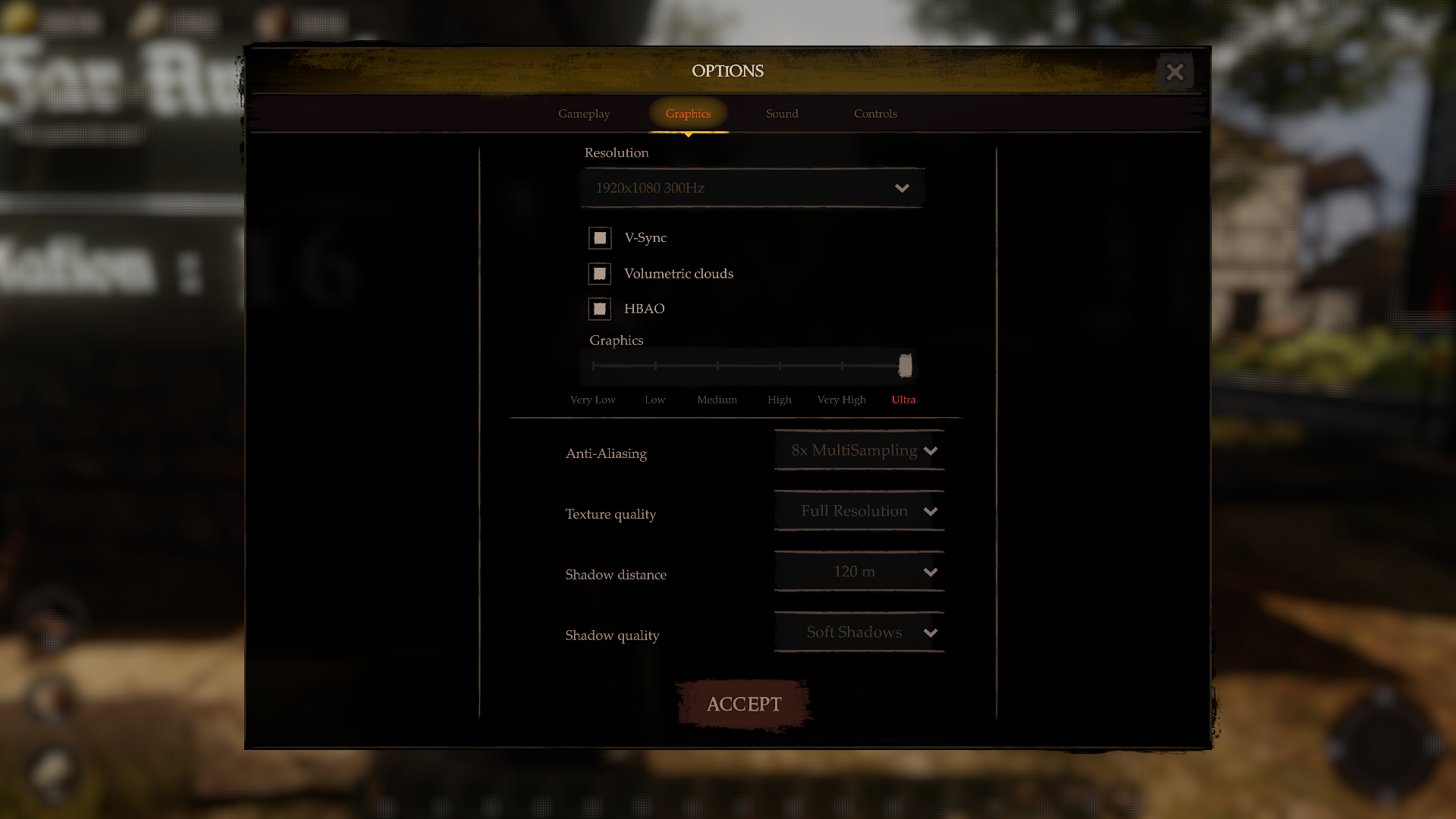 You can now freely customize your graphics settings. We've also added volumetric clouds system which can be enabled in the settings. 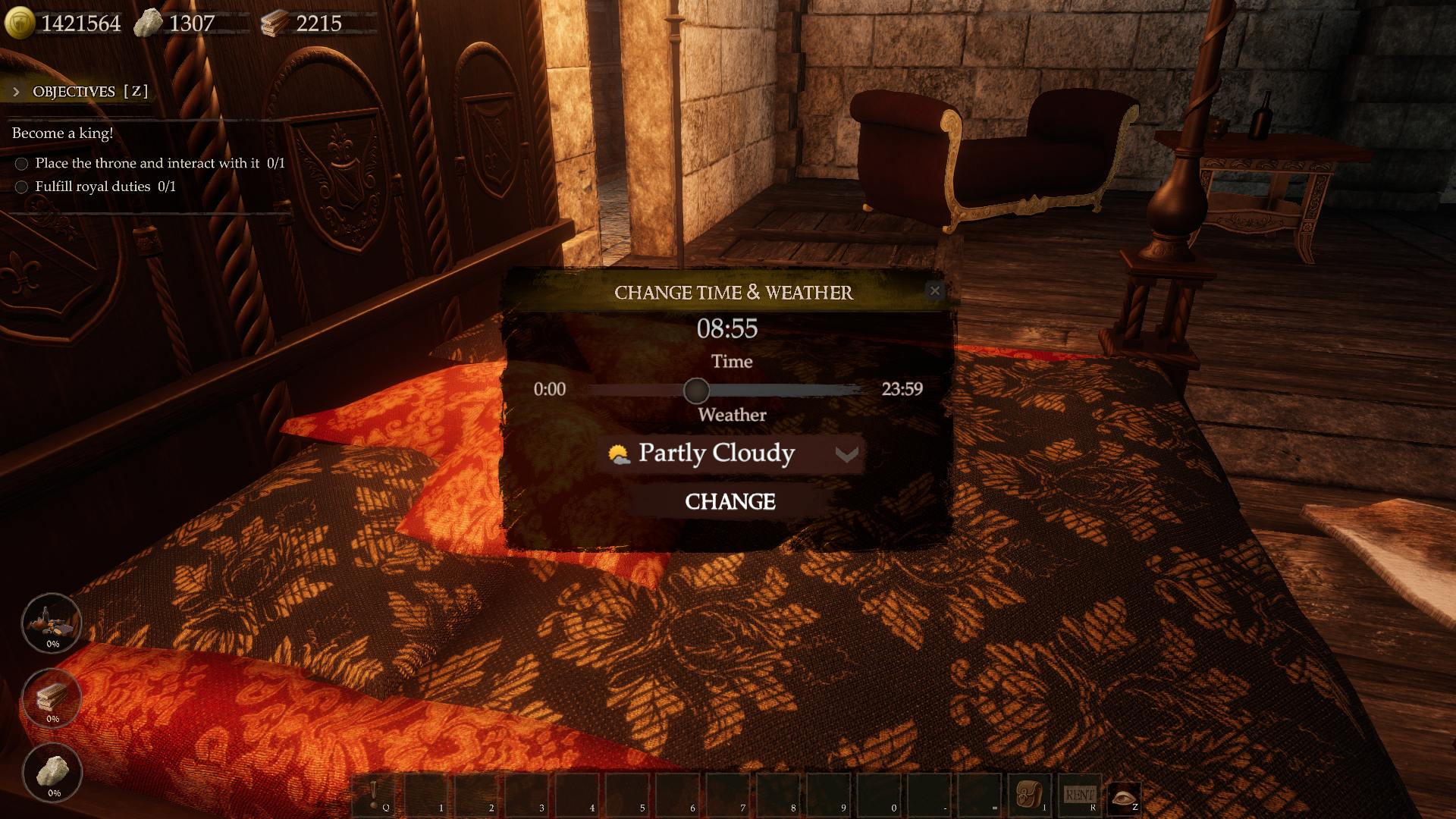 By clicking on a bed you can now select the exact time and weather you want to wake up at, along with additional confirmation screen. This feature is very useful for setting the perfect lightning conditions for screenshots!

Lit Torches are now saved so you don't have to re-light them every time! 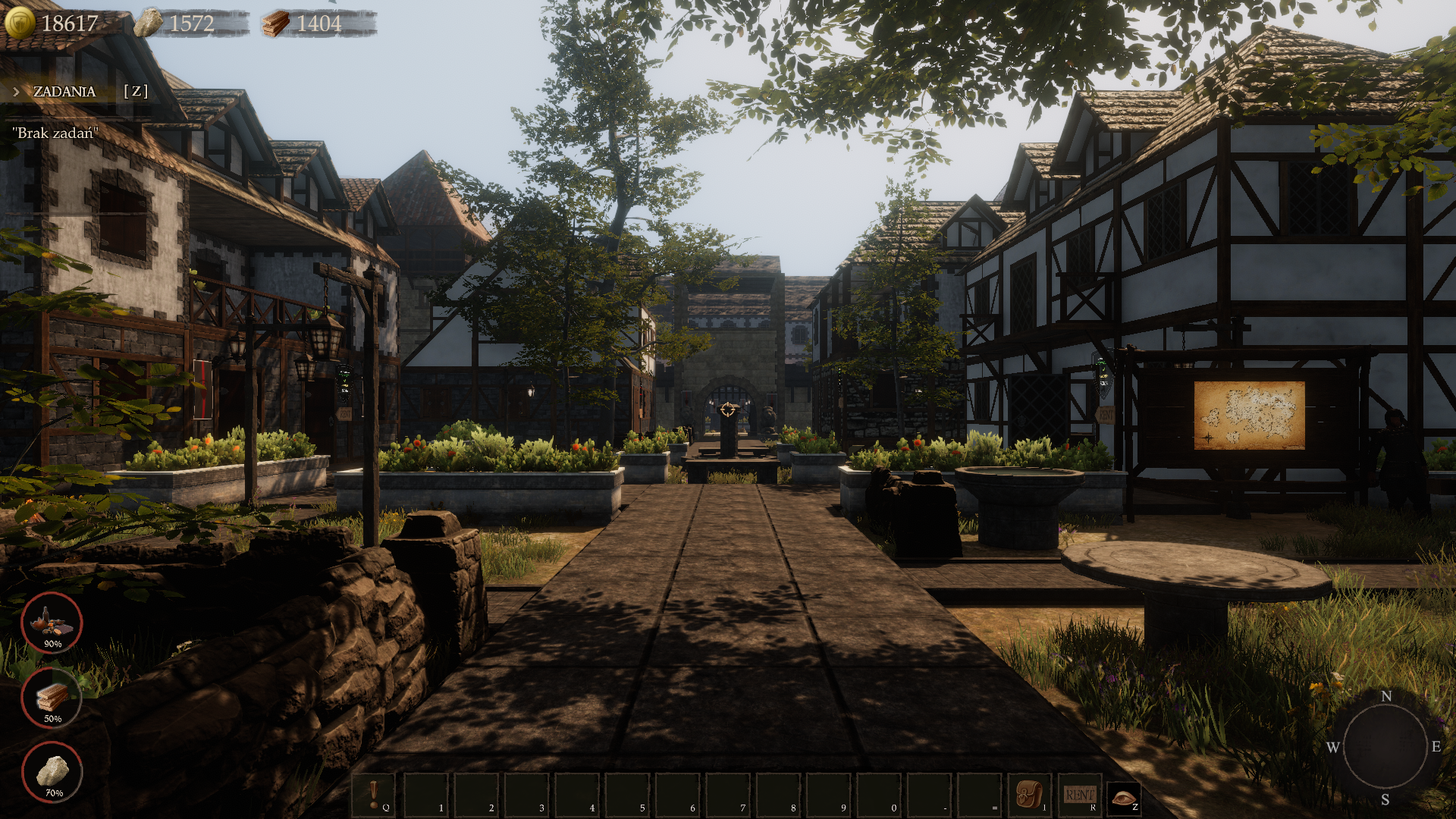 There's an additional area expansion available, allowing you to build even bigger castles!

When back in your kingdom you will now see the Population counter. This way you will always know how many villagers live in your Kingdom! 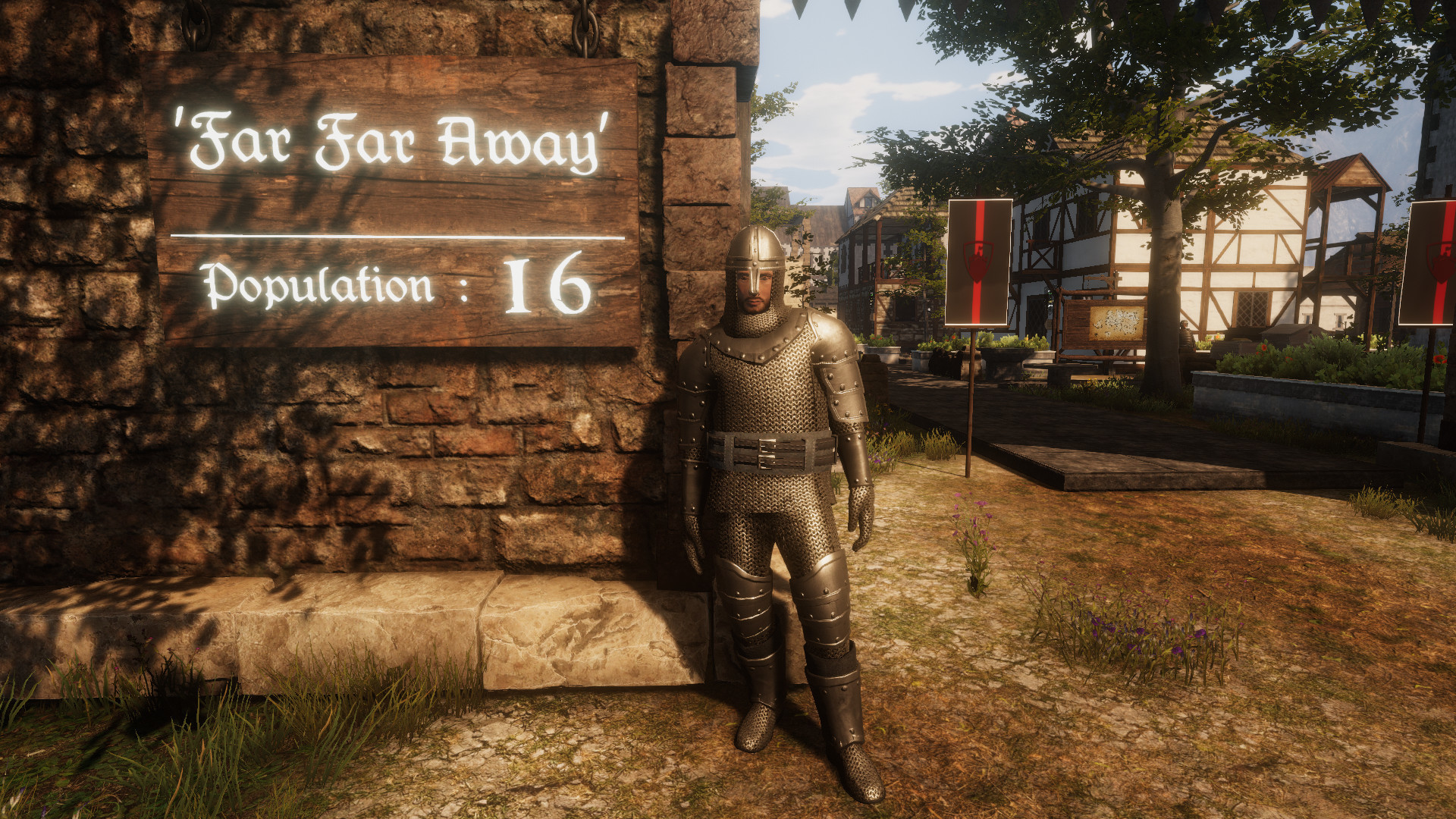 All your saves will now be automatically synced to the cloud so you can visit your kingdom on many different devices! 🎉

And now, for the most important feature... 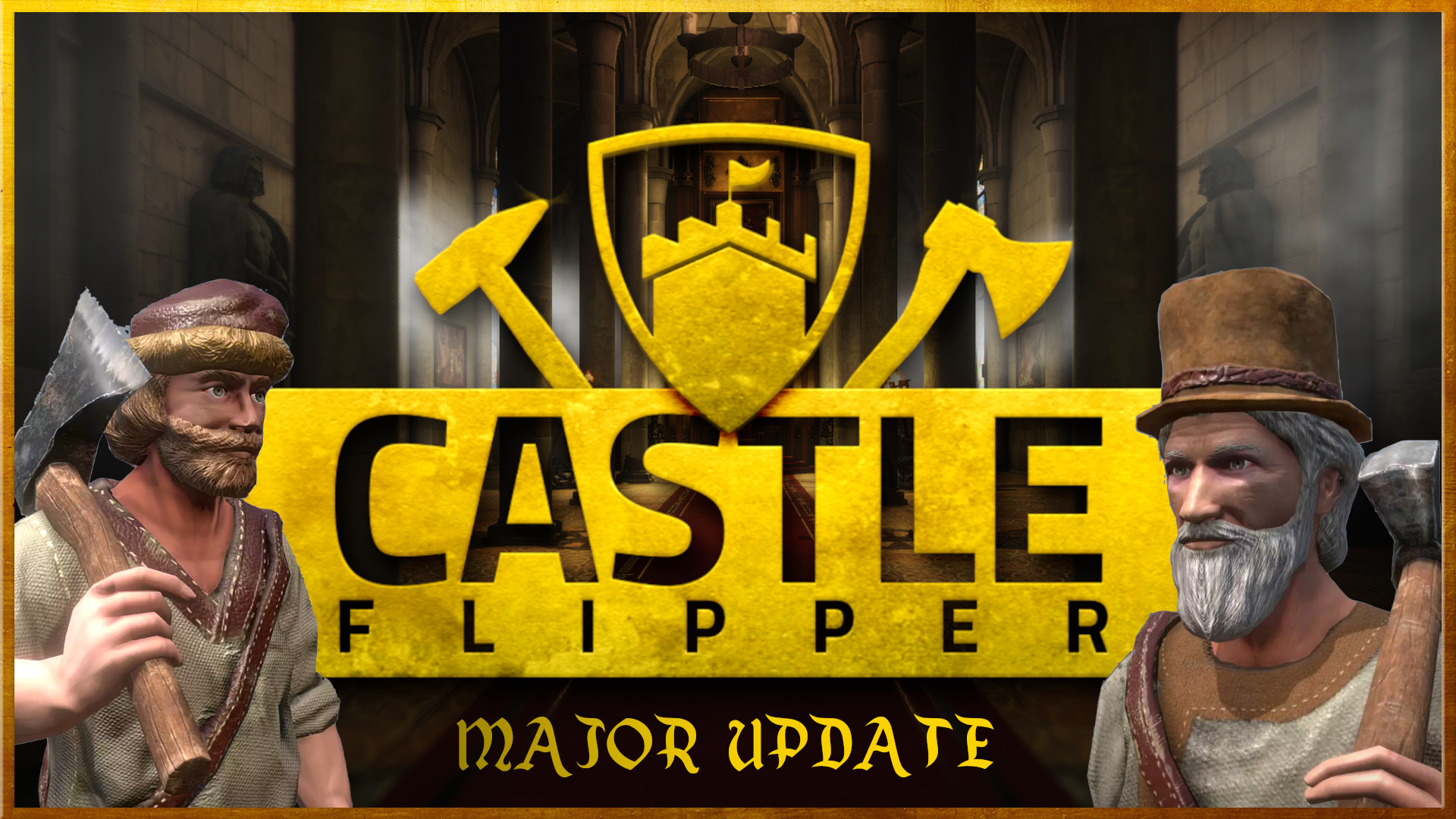 Some of you were asking about the NPCs, now we can finally say that NPCs will appear in town! And we are adding them to the base version of the game for free! 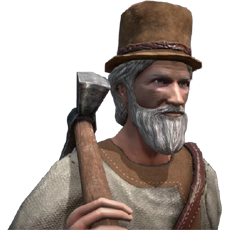 The Royal Mason works in the Quarry. He is responsible for collecting stones for the Kingdom. In exchange for his work the King provides free accommodation and cleaning services. 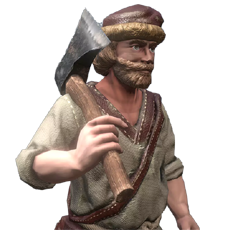 The Royal Lumberjack works in the Woodcutter's House. He is responsible for collecting wood for the Kingdom. In exchange for his work the King provides free accommodation and cleaning services. 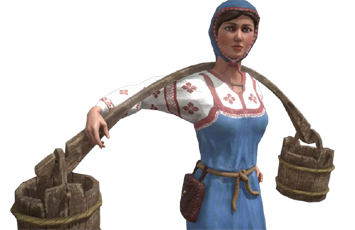 The Royal Cleaner is an important but often disregarded worker. She keeps the Kingdom nice and clean. She cleans all rented houses in exchange for free accommodation and a small payment for her services. 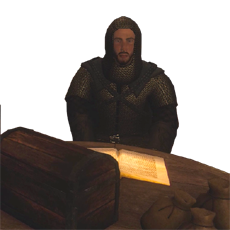 The Royal Treasurer is responsible for collecting Rent and Taxes. His useful work saves the King a lot of time and effort, which he can spend on designing his castle instead. The Treasurer requires free accommodation and cleaning services, as well as small payment for his services. 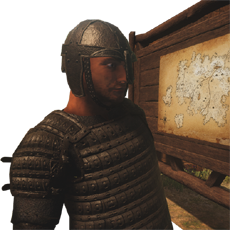 The Royal Landlord is responsible for managing King's lands and real estate. He acts as a land broker, finds valuable plots of land to purchase and flip, which you can then sell with profit. In exchange for his services he requires free accommodation and cleaning services. 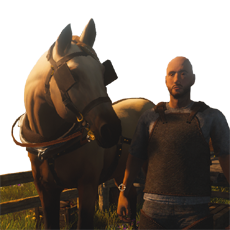 The Royal Storekeeper is responsible for collecting various resource crates from the King's land. He then loads the collected crates on the cart and exports them abroad in exchange for a small payment, free accommodation and cleaning services. Remember that it's your duty to send the crates when your cart is full.

There are also other people appearing in your well-known buildings, such as:

Merchant
He is responsible for exchanging goods in the marketplace.

Bookkeeper
Responsible for writing down the name of your village.

Guards
They appear in the biggest area expansion - to protect your Kingdom. 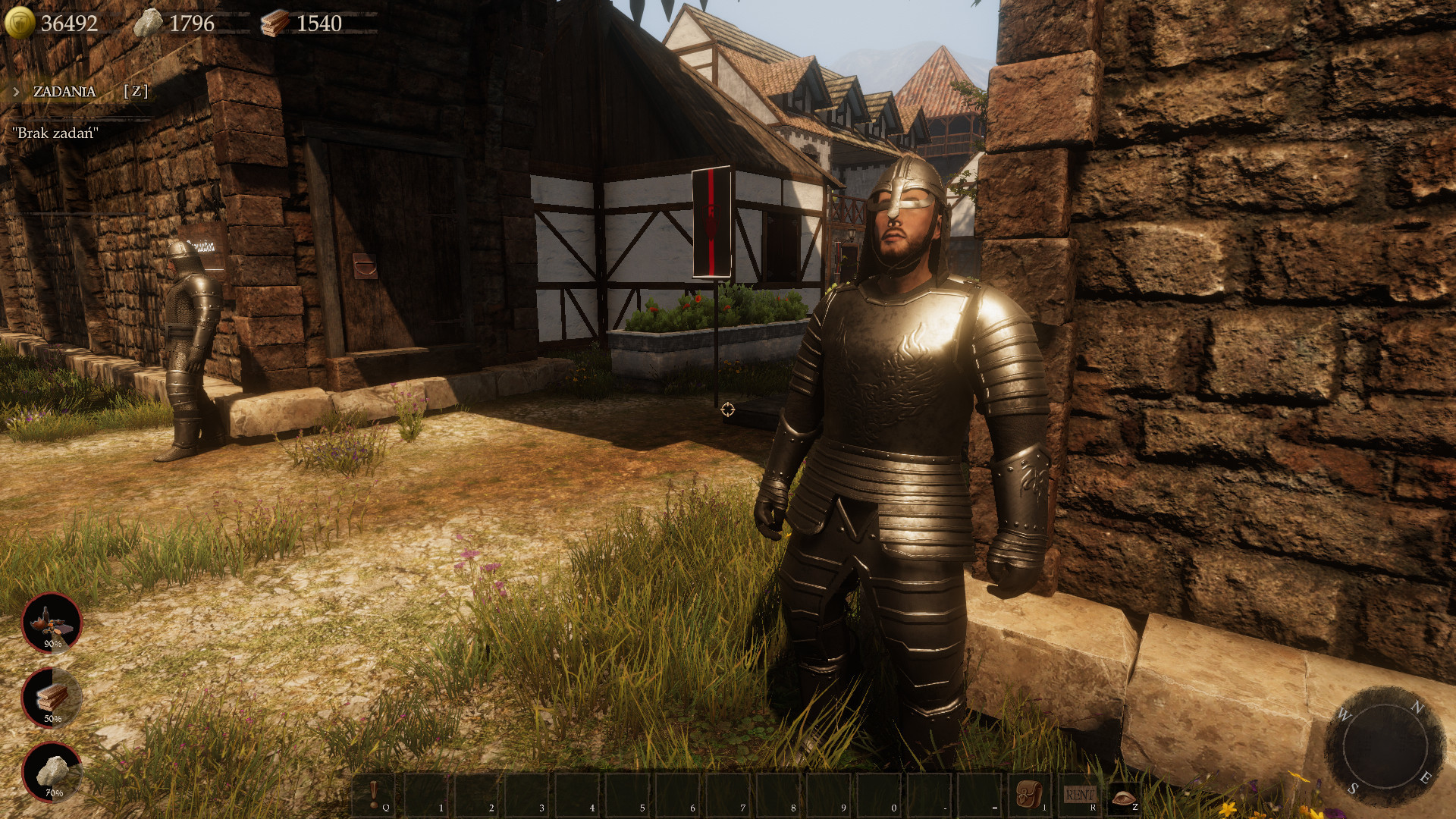 Other than new features, it goes without saying that dozens of fixes have been implemented and many various issues you have all reported have been addressed.

– castle walls, roofs & other pieces now have many different variants to decorate

– reworked cleaning mechanic, item gathered by the player are collected in crates, in exchange for resources

– new locations have been added

– previously available locations have been expanded and improved

– Photo Mode has been implemented

– advanced graphics settings have been added to Settings menu

– improved compass & moved to the right side

– time and weather can be accurately adjusted with a slider, with additional confirmation

– population counter has been added

– Steam Cloud save is now available

– NPC characters have been added:

– some NPCs have certain mechanics associated with them, for example:

– improved placing objects on the wall

– fixed bug with jumping on ladder

– added spawn of stains and furniture to repair in rented houses

– added no hole roof/floor for the castle

– numerous other fixes have been made

Once we wrap up our work on the last feature, we’ll be getting ready for release, at last. Of course, an announcement will come a little while before this patch goes live. We hope you will enjoy this new, updated version of the game. With it, work on the console versions of the game will start. :)

That would be it. Thank you for your support so far and we hope all that’s coming with this patch will reward the long wait and make your Castle Flipping experience much more enjoyable!

As always, we welcome all the feedback – if you’d like to share yours, you can do so on Steam forums, our other social media or our official Discord server. If you have further questions, we’ll also answer them to the best of our abilities.