The mini-map sees a major revamp and much ado about mice!

Aside from capturing and releasing to the wild a small mouse living in the oven the past days have largely gone toward revamping existing Carpe Diem features. As you can see above the mini-map has received a major overhaul!

The mini-map can now be resized to accommodate your viewing preference by clicking and dragging any of the window's four corners. Additionally should you prefer a smaller mini-map window you can click and drag on the map to pan the view. A couple of additional buttons have made their way into the mini-map window, a camera button for centering the map view on the camera and a camera/lock toggle button that will enable the map-view to automatically pan to keep the camera within the mini-map's view-port. 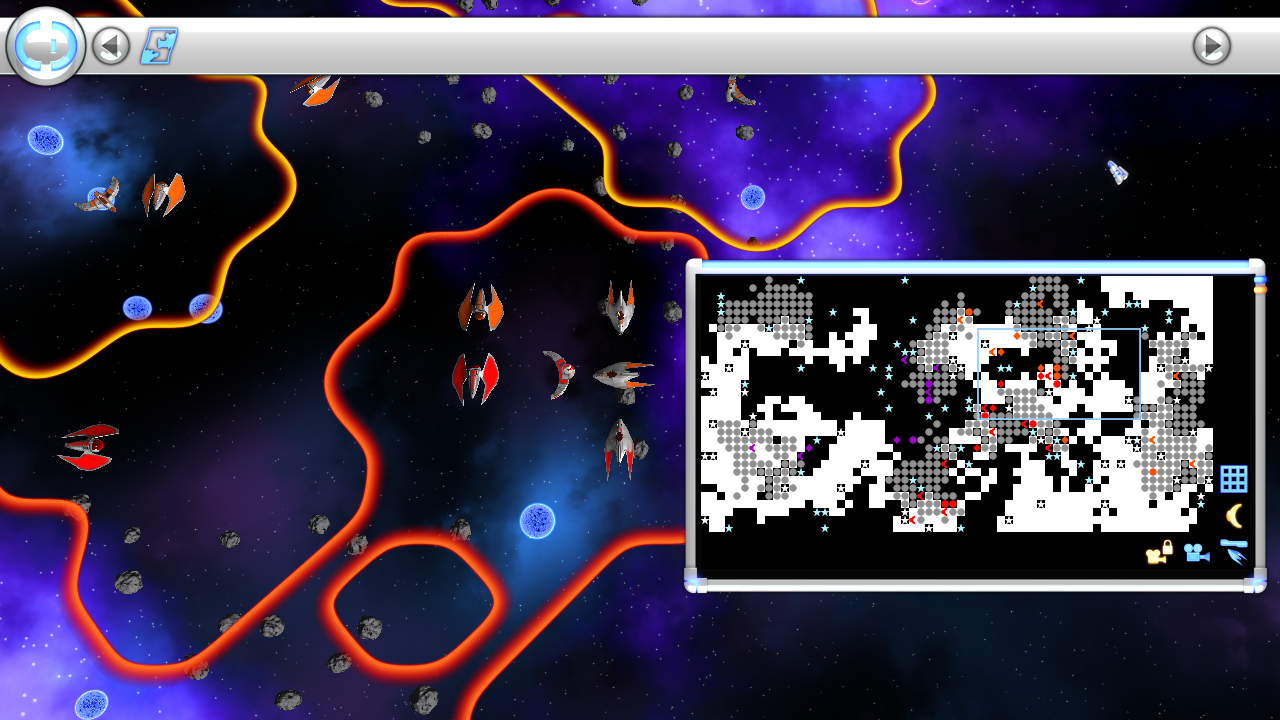 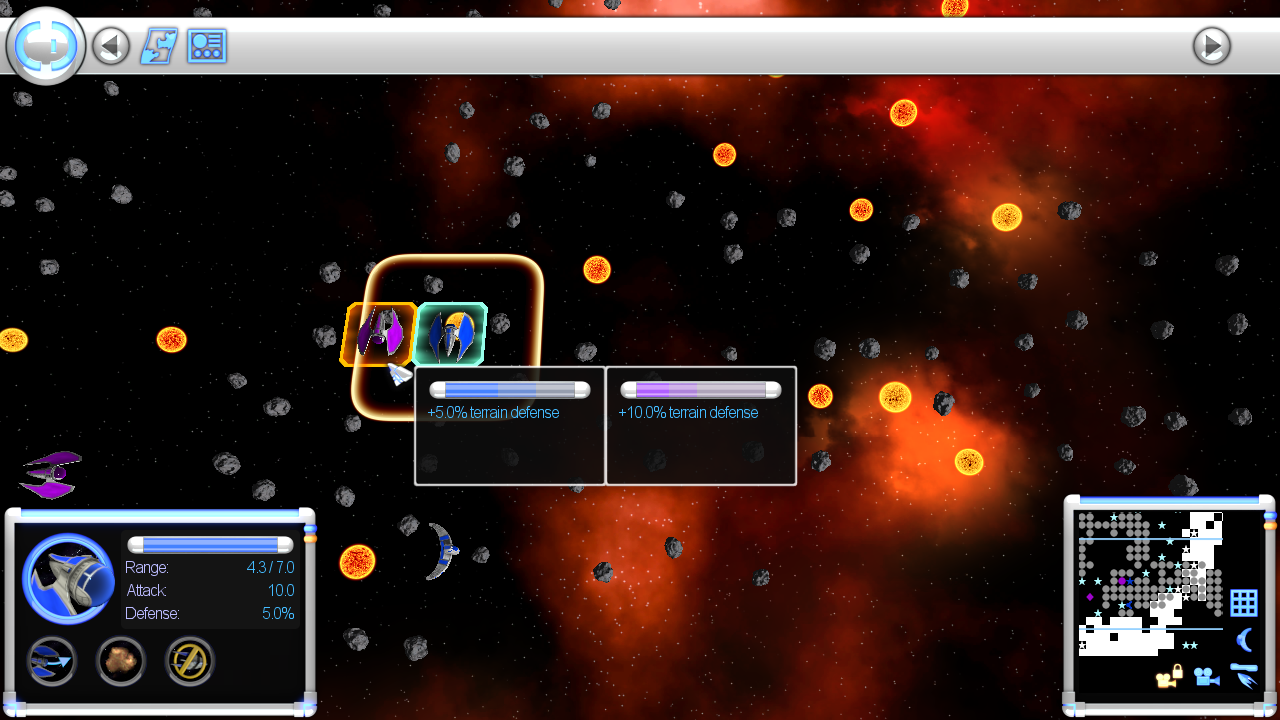 To round things out a bit I went ahead and added in some attack preview windows. After selecting the attack button in a unit's control window hovering the mouse cursor over an enemy unit in range will present some information regarding the possible attack. Modifications that each unit receives, such as terrain defense bonuses, and an estimation of the remaining hit points on each craft.

All this programming made me crave something to satisfy my artistic side. Carpe Diem also receives some new graphics including new hit point indicators, a new loading screen animation and, speaking of mice, an animated mouse cursor rendered with Blender's Cycles render engine.

Can you give my string to your friend friends or just known from chat person contact. I just need to find person with interest to blender game engine and capable of setting up interface for android games.

Sure, I'm not really sure if the blender game engine supports android or not, but I know someone that knows his way around the BGE. I'll send him a message.

Indeed it supports use for android with your told extension. :) Thanks for your help.

Anytime friend, lookin' forward to seeing what you come up with.