Hey! Here to talk about the new level in development and some articles about Careto!

Posted by matildalbuquerque on Sep 26th, 2020

Today would be nice to talk about the Main Menu of Careto!
You open the game and the first image you'll see are two foxes and a Careto sleeping. The "PLAY" button is a bell/rattle, and the "QUIT" button is the typical Zzz. Let's see!

Winter in northern Portugal is though and silent — any sound of rattles can be considered a sin if it's not Carnival. The Carnival of the Caretos celebrates the end of Winter and the begging of Spring. The Main Menu of Careto represents that: the Caretos are asleep and they wake up with the sound of rattles.

Along side the Careto are the foxes for a reason as well. During Winter the people of the village tell they hear fox screams coming from the forests in the mountains. But the fact is that a good Careto also screams like a fox, so people don't really know if it's foxes they hear or Caretos practicing their fox scream for the next Carnival.

Level 3 — The Sound of Spring

Within the same sense, level 3 of Careto is focused on the sound of the rattles. The Caretos walk around with rattles around their belts, it’s a very important part of their costume. Originally to celebrate the fertility that comes with Spring, the Caretos perform a sort of fertility dance with their rattles when they find a distracted "victim". 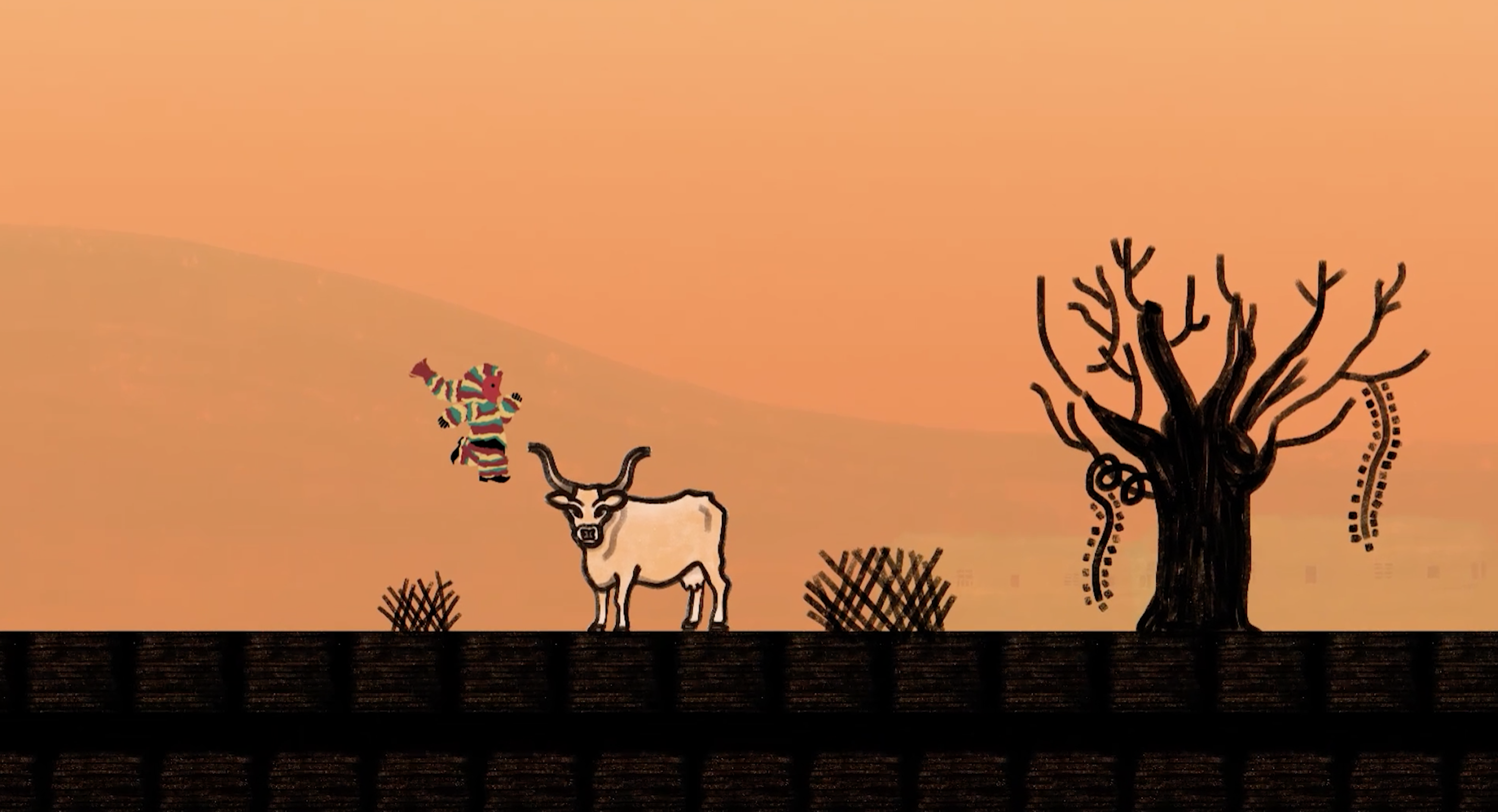 The 3rd level of Careto is about adding the cow rattles to the costume. The typical cow in northen Portugal is called Barrosã. The Barrosã is a cattle breed from Portugal and they're beautiful animals. Our little Careto (Facanito, name of a child Careto) has to collect the rattles to be able to do the typical dance for the people in the streets.

This level is still in early development, but I'll keep you posted on that!

Don't forget there's a prototype of Careto, ready to be tested on itch.io!

Lately some playtests were made and the feedback was priceless.

Had the chance to test Careto also on my little sister, 6 years old, and had some trouble getting her away from the computer! Anyway, I noticed very clearly some things to make better for kids like her (mainly the first tutorial level — more images, less words explaining the context).

First of all, so glad to know many people are enjoying the Gameplay Trailer of Careto!
If you missed it, check it out:

Also would like to share an article that came out this week in Público P3, a very well known newspaper in Portugal. The article was based on an interview I gave on behalf of MA Studios, explaining the game development process and the importance of a project like this — a videogame based on an ancient floklore tradition in order to teach the younger generations and people in urban areas the importance of the rural culture and their charismatic traditions.
Público P3 — Careto

the art style on this is very impressive. not to mention the concept itself as well! it really gives off ancient folklore vibes. can't wait to see this released :)

Thank you! So glad you like it :) More news to come very soon!