This is Cardbot 2.0, the...uh..update? I did implement some more game-play so lets Chex it out!

All of the new stuff is after the 1.5 version. This is another new area... 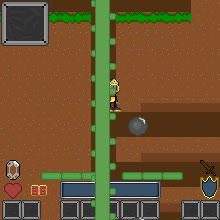 Because everybody loves cannons right?

After the CANNONS, you'll get to this cut-scene: 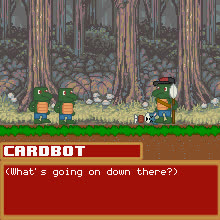 Yep, the first boss. He has simple AI but he deals 8 damage to you. 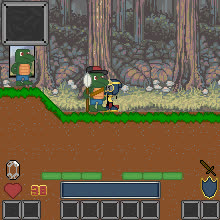 When you beat the Monitor Raptor, cut-scene 2.0 appears... 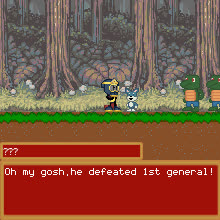 he sho did sucka

But I forgot to say " The music is made by my friend, Terrhenry2145 and his brother HqTheGoat!"

Anyway, that's all for now. Be sure to download below!