We'll be at the indie MEGABOOTH, stop by and say hi! Also, watch as I explain some pro-level Cannon Brawl strategies.

We'll be at the indie MEGABOOTH during PAX this year. It's our first year with a full booth space so that's exciting and so far a lot of work! We'll have some special prizes that Theresa (my co-founder) made by hand. Here's a little map where you can find us: 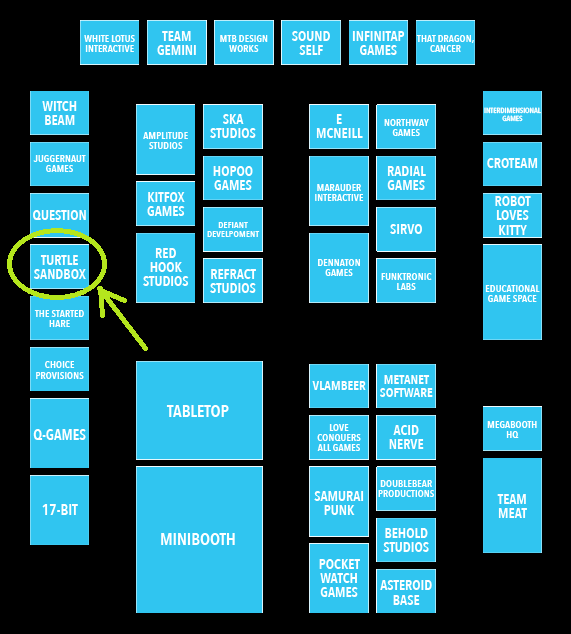 And in other news, I've been watching some Let's Plays and streams of Cannon Brawl where people play multiplayer against each other and it's inspired me to make a video explaining some of the principles used by the higher level players. If you want up climb the ranks in multiplayer or crush the AI in Nightmare mode, you might find these tips useful:

Hope to see you at PAX! Join in on the cannon brawling here too: