After two years of development on Candlelight, the Steam Greenlight campaign has launched. The campaign features a new demo, a new gameplay trailer, and a few new screenshots. Please help support my efforts with Candlelight with a YES vote.

Candlelight is a 2D platform/puzzle game that puts you in control of the last source of light in the land... a lone, scared, but brave candle. Guide the last surviving candle on a journey to restore light in a land that is filled with many natural and unnatural dangers. 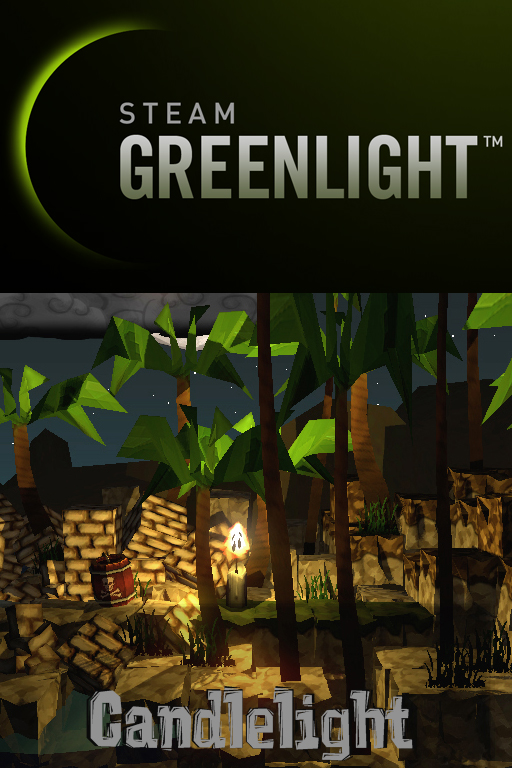