Here come some important changes in our game! Don't worry about the main recipe: Zombies, Hollywood stars and Pinball gameplay remain unchanged. Still, we found a new way to make the game even funnier and more dynamic. Tell us what you think about it!

Our first and main change is the camera view. You may remember that until now it consisted in a top-view camera, relatively close to the zombies. Yet we noticed a few problems about it: anticipation was quite hard for game play, and our décor elements were mostly hidden or quickly dismissed because of the game speed.

So we decided to adopt a largest view, moving the camera behind the horde at 45° above the ground, quite like a helicopter view: the zombies go forward, to the "top" of the screen. This "chasing" aspect reinforces the impression of "live scoop" we wanted for the game: a zombie invasion takes place inside Hollywood! 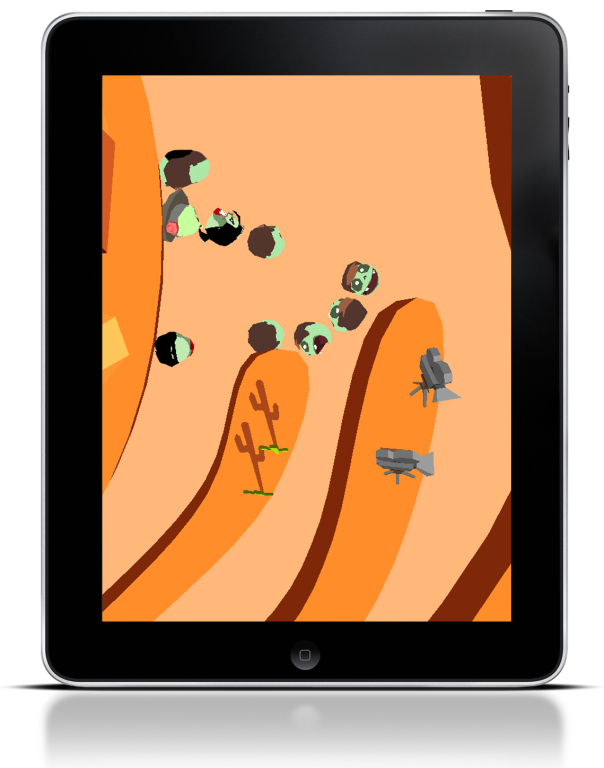 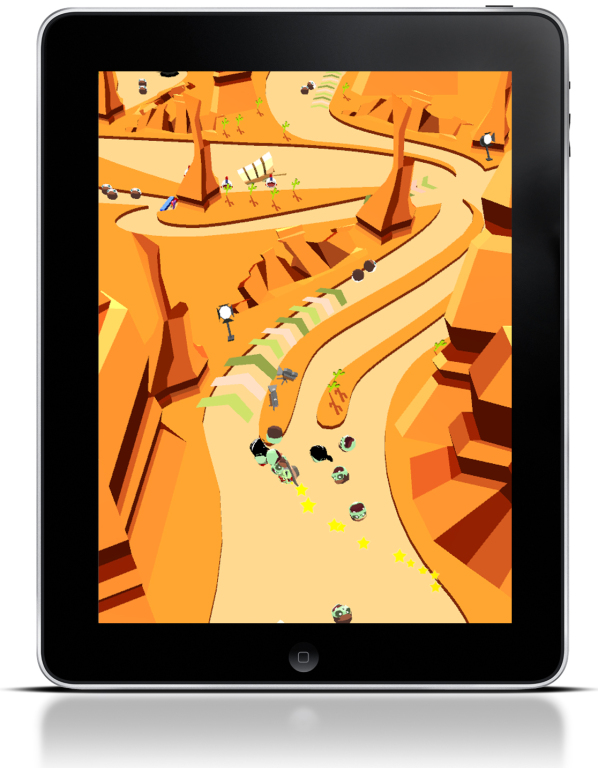 Above : the old version (left), and the current one (right).

The anticipation-thing should not be a problem anymore, as we can see the future gameplay elements and paths from a reasonable distance. We'll then be able to increase game speed, but also to properly contemplate our whole graphical environment!

We'd also like to vary the cameras within a level, switching for example into FPS or front view from times to times, according to triggers... in order to add immersion and emphasize narrative events. In short, we want a BIG SHOW!!