It's been a while since my last update so I'm going to cram everything I've been doing for the last few months into one big one!

I've done a lot to improve the visuals lately. I added a skybox, some post effects, and a few other tweaks here and there, but I won't go into too much detail because what you really care about is how it looks right? Here is an old shot compared to a new one. You may notice the map size changed. The larger one will still be available, but I decided to switch to a smaller one for testing to increase load speed since it isn't optimized yet. 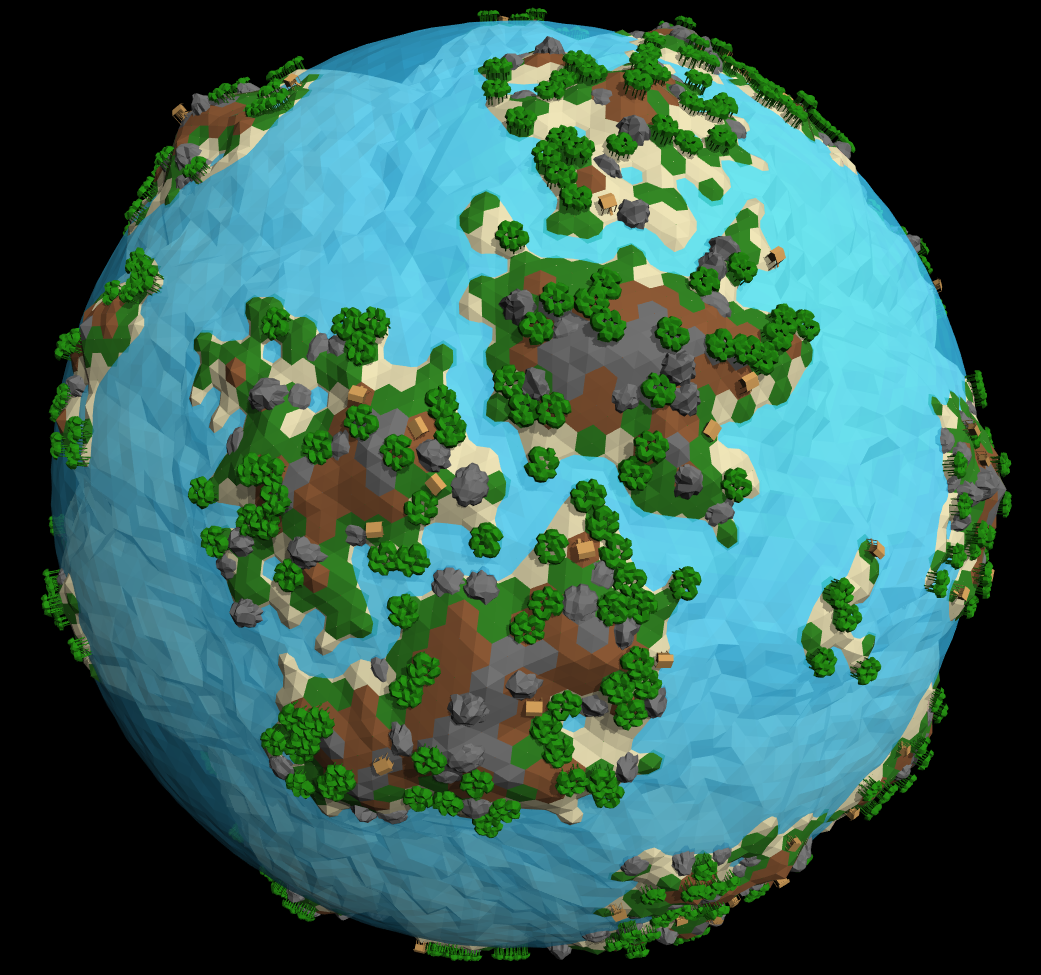 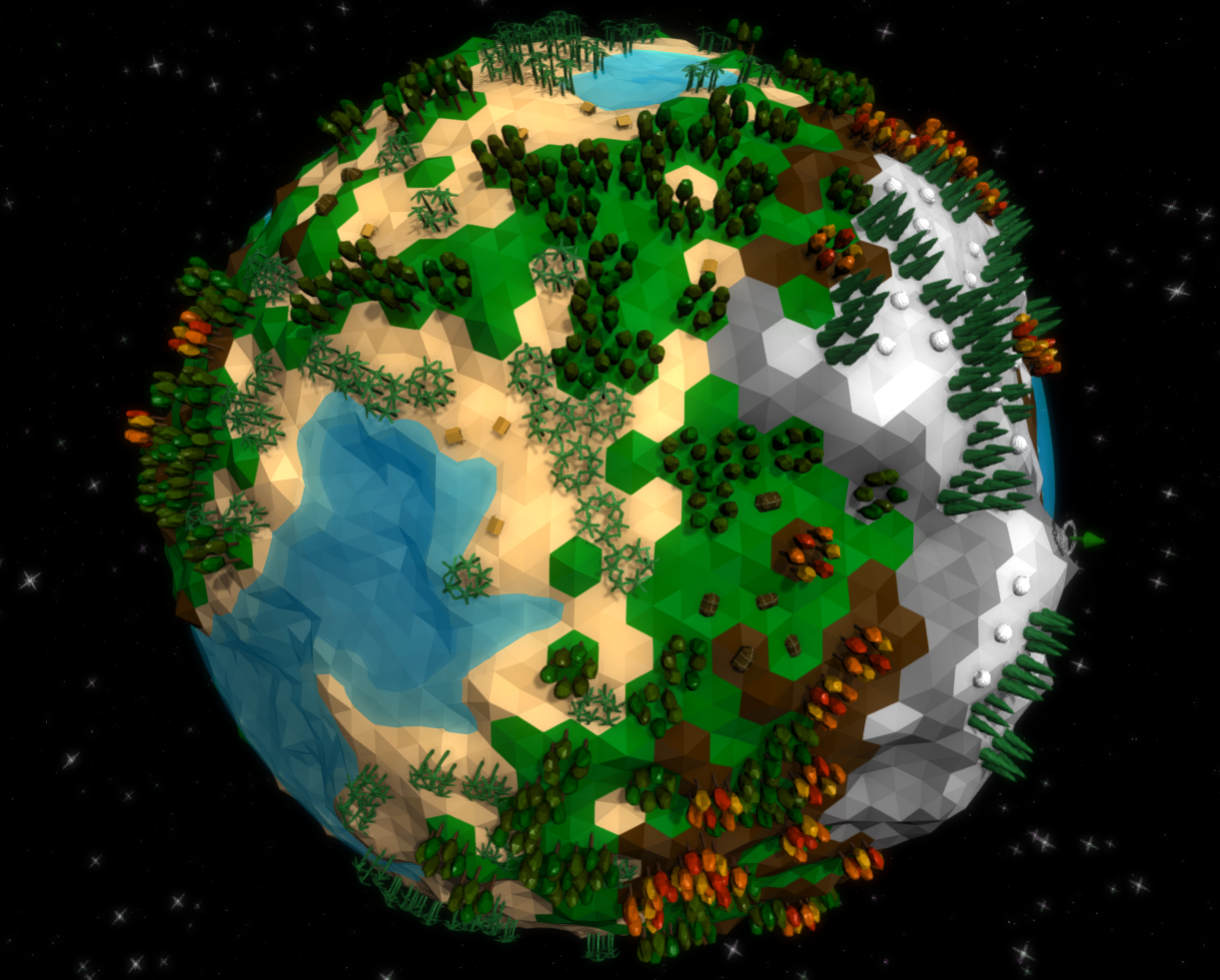 My last update was all about adding terraforming. I've posted plenty of pics of it already so you may have seen it, but it is in and functioning as intended. It still needs some tweaking, but right now you can raise and lower the terrain and it determines the land type by elevation and latitude.

I've added new visuals for the trees to give the world a little more life. Originally they were all going to function the same, but I've decided that that is boring. It's not implemented yet, but in the future some tree types will be a food source and the type of trees nearby will effect what kind of homes your followers will build.

Most of them will probably be reworked at some point but I'm happy enough with them that they will suffice for the demo. Here are some close up shots of each of the new trees.

I've changed my idea of scale so instead of a single home representing a whole village, it will now just be a single home. What type of home your followers build will be influenced by what resources they have nearby. Here are the ones I've added so far.

And finally I'd like to provide some info on...

I wasn't quite sure what I wanted to do for a demo but I knew I wanted to get one out as soon as I could. I didn't want to use gameplay while it was missing a bunch of features, because I feel like that wouldn't be fun and I don't want that to be anyone's first experience with Caeludum. So what I'm going to do is showcase one of the secondary modes I planned on adding that will be more of a sandbox world builder. You will be able to use most of the features I have implemented to design your own worlds. In the future I want to add the ability to turn the world you've designed on a 3D globe into a flat map. Now that I'm thinking about it that sounds like a pretty cool feature to have in game also :) I'm not going to set a date, but I am shooting for the middle of this month. So I have no doubt it will be out by the end of May lol.

Sorry it took me so long to provide another update. Hopefully the amount of information here and the demo announcement will make up for that.

The game is getting better and better! It's definitely one I'm eagerly waiting for, more so that I've seen updates. I'm getting a COC vibe out of the tracks, but they sound great. :) Hopefully, you make your release date. Hehe. Good luck and loving the progress!

Thanks for the kind words :) I checked out your demo reel. Your work looks good. I wish I had more time to spend on my 3D skills. That's one of my favorite parts of development.

Hey, thanks! Maybe when you're done with the game and you have free time, you could get into 3D more. :)

The terraforming looks freaking amazing. Even if there was no game with it I would have a pleasant time just sitting there forming my own little world (and that's from just looking at it). I eagerly await more.

Glad to hear it :) You will be able to do just that when I get the tech demo released. Thank you!