Brand-new screenshots of the latest update to City of the Shroud's environments!

Happy Halloween! We may not be a spooky game, but I wanted to pass out some treats regardless!

First, now that asset building is complete (yay!), we’re currently building out and polishing all of the levels for Chapter 1, then putting together their lighting and post-processing effects - all the nice bloom lighting and fancy camera features that make a game “pop.” This means laying out the tiles, then filling the maps with the buildings and props that’ve been building over the last year or so based on the setting for the battle that takes place there. Once that’s finished, we go in with lights and effects to make everything look especially nice.

We upgraded to Unity 5.5 a while back, giving us access to some nice effects as well as 4k resolution support, which the game takes to very well. To get a sense of how much things have changed, check out the evolution of one of our Docks maps (Azura’s turf) from when we did the Rezzed build compared to now: 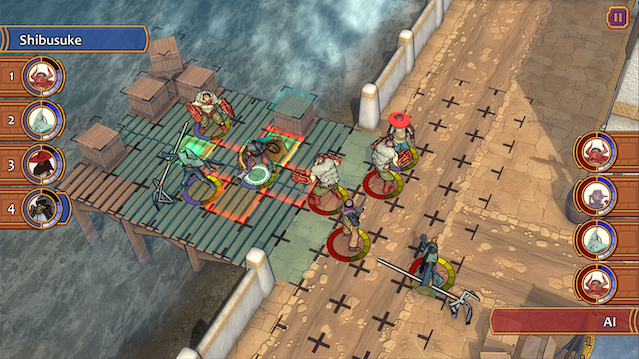 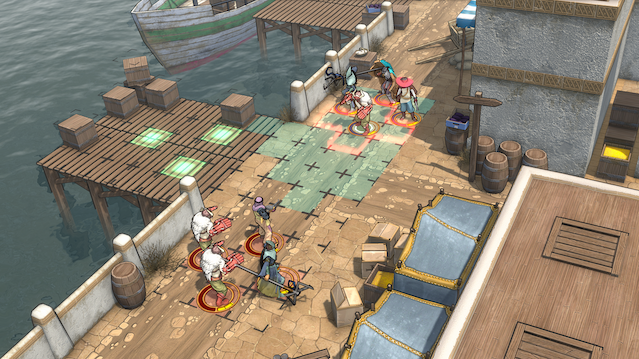 The UI is turned off so you can see more of the surroundings.

Bit of a difference, right?

Of course, if we’re going to talk about Azura the Merchant Queen’s area, a dinky wooden pier with a fishing boat won’t suffice. The docks where the merchants operate need to be something a little more serious: 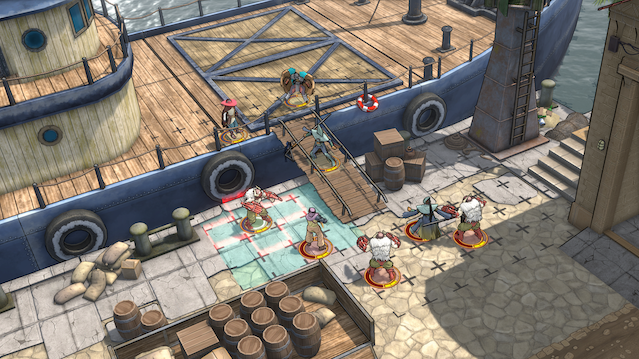 We also have areas that are set to different times of day, including the late afternoon, where twilight creates a soft glow as the lights begin to switch on across the city. 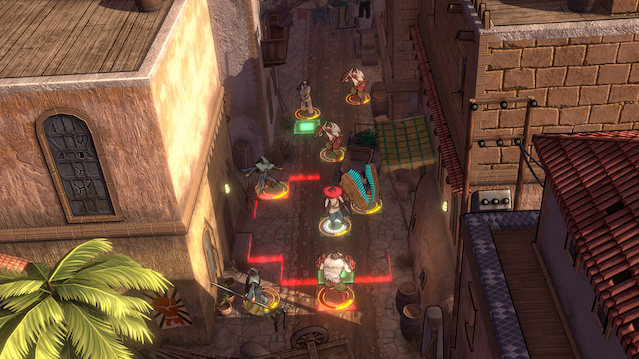 Additionally, we’re wrapping up our sound effect creation, so everything in the game is popping, smacking, and exploding in a big, satisfying way. It’s hard to show how much of a difference it makes, so I hope you’ll give it a try once we’re able to get a new version of the game into your hands. We still have a few bugs to iron out, but the next update will sound more alive than ever!

We have more we could show in terms of levels, artwork, etc., but at this point, I’m hoping to hold back so that there’s plenty to surprise you when the game releases. It’s a difficult balance, but since we’re an RPG, I’d like to err on the side of not revealing too much! That said, there is something major that we’re still holding onto, but that will have to wait for an upcoming update… muahaha...