Each hour I spend working on my Adliberum text adventure engine, the more real it becomes. The latest additions being the beginnings of what will be a revolutionary text-based combat system and the scripting / crafting system built in.

Each hour I spend working on my Adliberum text adventure engine, the more real it becomes.

The latest additions being the beginnings of what will be a revolutionary text-based combat system and the scripting / crafting system built in.

Your character will require equipment to survive the many trials the world may throw your way, e.g. in the dystopian base kit; radiation, sand storms etc. This will be made harder by limiting the amount the character can carry / use and equip.

In the video below; the player uses a rad suit to prevent gaining more radiation poisoning, using a geiger counter to alert them to rads.

First and foremost entering combat is done by issuing combative commands against a character, creature or other in the world. For example hit wolf. Your character and the wolf will both enter combat mode.

Within combat mode you will trade commands, until the combat is over (one has perished) or combat is evaded / broken up. Focus can be switched in real time simply by using another combative command against another entity.

Focus will then switch to them being the new target.

External characters / creatures etc can interrupt, join or even affect the flow of combat. E.g. someone might chuck you an ammo clip, or grab you.

Combat mode can be escaped by leaving the room.

This is what makes the engine most powerful. Creating levels; as easy as writing plain English commands (more languages to follow post release)

Notice the above locker has specific items stored within, the power of the scripting system will soon allow you to be able to specify a random item type e.g. ?consumable ?armour ?weapon etc. 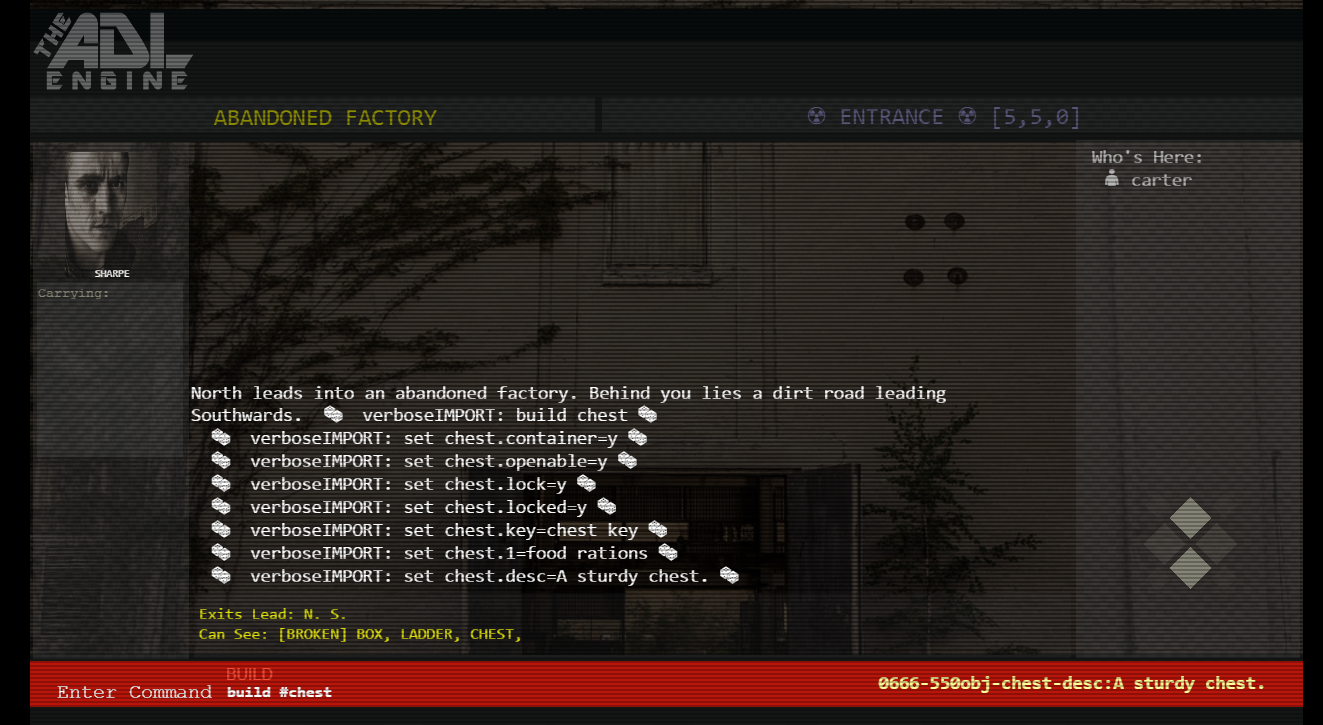 Simple, yet immensely powerful at the same time. PLUS the engine also handles external script files to make adding extra content to your world/s a sinch.

Three of the key focuses for the engine are; expand-ability; customise-ability AND most importantly; freedom.

More updates to follow.. in the meantime, give it a try AND you can now download v1.7.7 from the downloads section.