After many months of hard work, I am excited and proud to announce that I have completed my first project game and that it is available to play.

I'm new to IndieDB, I found this when I was looking up places to share my first indie game. Like so many other people, I was seized with the impulse to build games with friends at a young age but never quite had the wherewithal to get it done. Making games is difficult and requires more time, patience, and discipline than many give it credit for. For me, the barrier to entry was learning C# on my own; it felt incredibly dry and indigestible, but working with friends really helped matters. The next hurdle was art. Our artist had a lot going on in his life and this wasn't a full time job, it was a project. We all contributed the time that we could (with one developer going in wholeheartedly - 12 to 16 hours a day for almost eight months with very few weekends) but, between an internship, a relationship, and school, our artist was constantly snowed under with work.

The last question that came up was the simplest, but simple doesn't always mean easy. What game to make? As Jim Butcher put it, lifting an engine block isn't complex, but it isn't easy, either. What was within our capability, filled a niche, and would actually be something we wanted to play? The answer fell into our lap rather abruptly after some long conversations: One of us is part of a D&D group that's drifting apart due to people moving out of the area and shifting work hours. We needed a game that fit eight or nine players, but that wouldn't leave anybody out that couldn't play for an extended period of time. As many of our group are more casual gamers, it needed to have a relatively simple "pick up and play" feel but, since the other part of our group is a crunchier sort of nerd, it had to have depth.

We decided on Build a Boss: a PvP hack'n'slash party game that supports 2-9 players. In it, you choose a hero, you choose a boss, and you build your battlefield. After that, you take turns playing the boss and defending your lair against the marauding band of heroes; if you're not playing the boss you picked, you're playing your hero, trying to defeat your friends.

There are three bosses and four heroes, but we hope to add more soon. The artwork is all old school cell by cell hand drawn animations, brought to life by Unity and each hero and boss have unique skill sets with no overlap. I can honestly say that this is a project of which I am incredibly proud and I'm really looking forward to sharing it with the world.

Thanks for your time, and I hope some people play and enjoy the game! Below are some screenshots, to give an idea of the art and gameplay that we decided on. It is available both on Steam and, by Monday, we should be available on the Apple and Google Play stores as well! 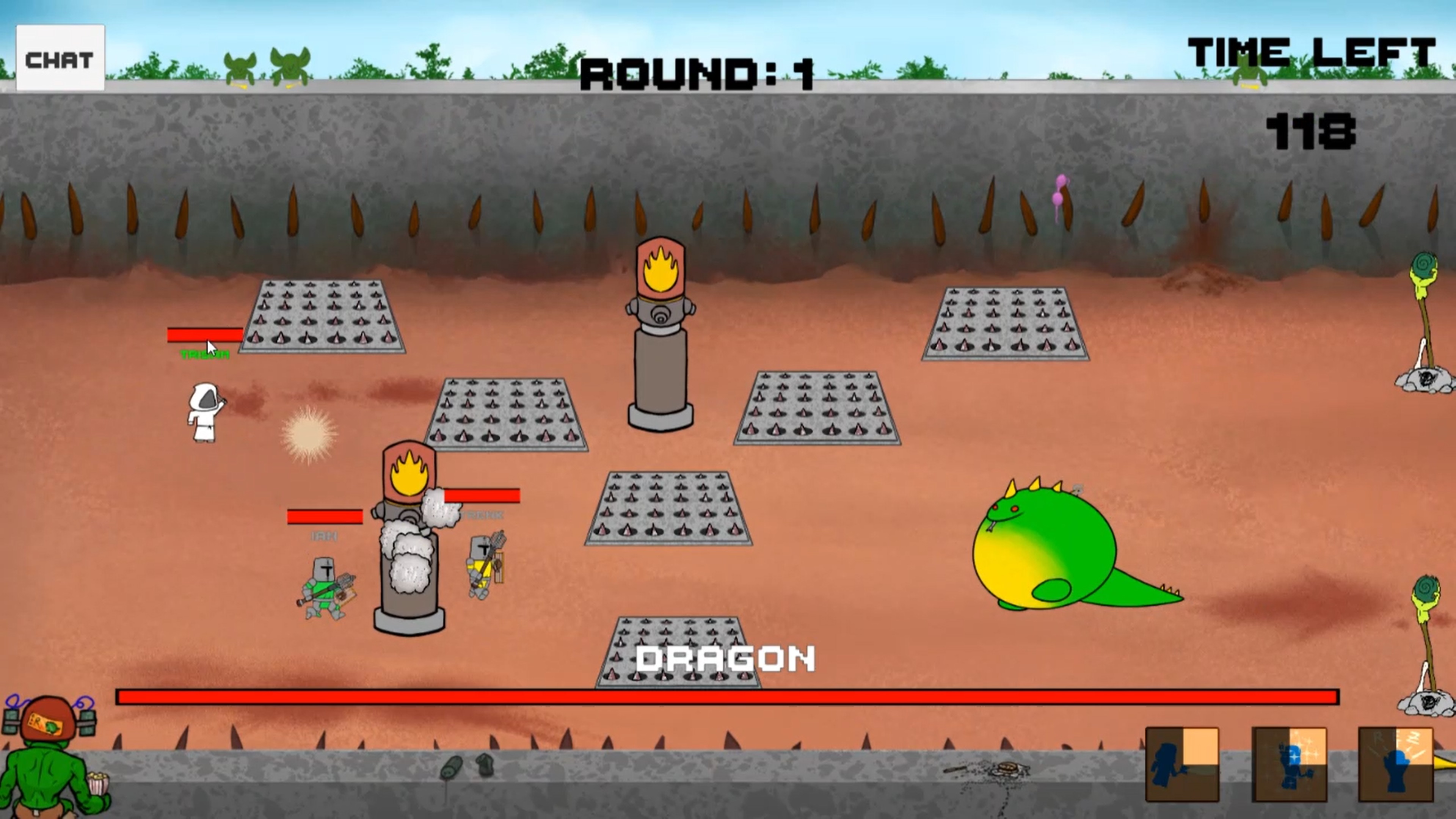 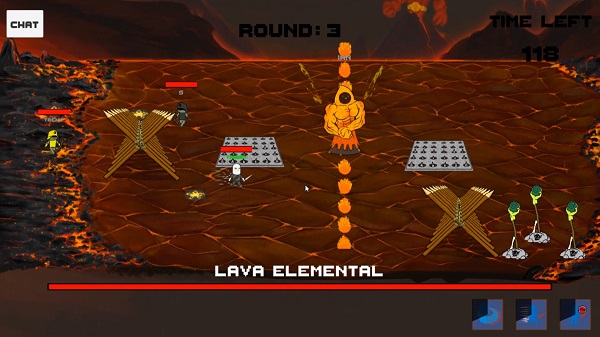 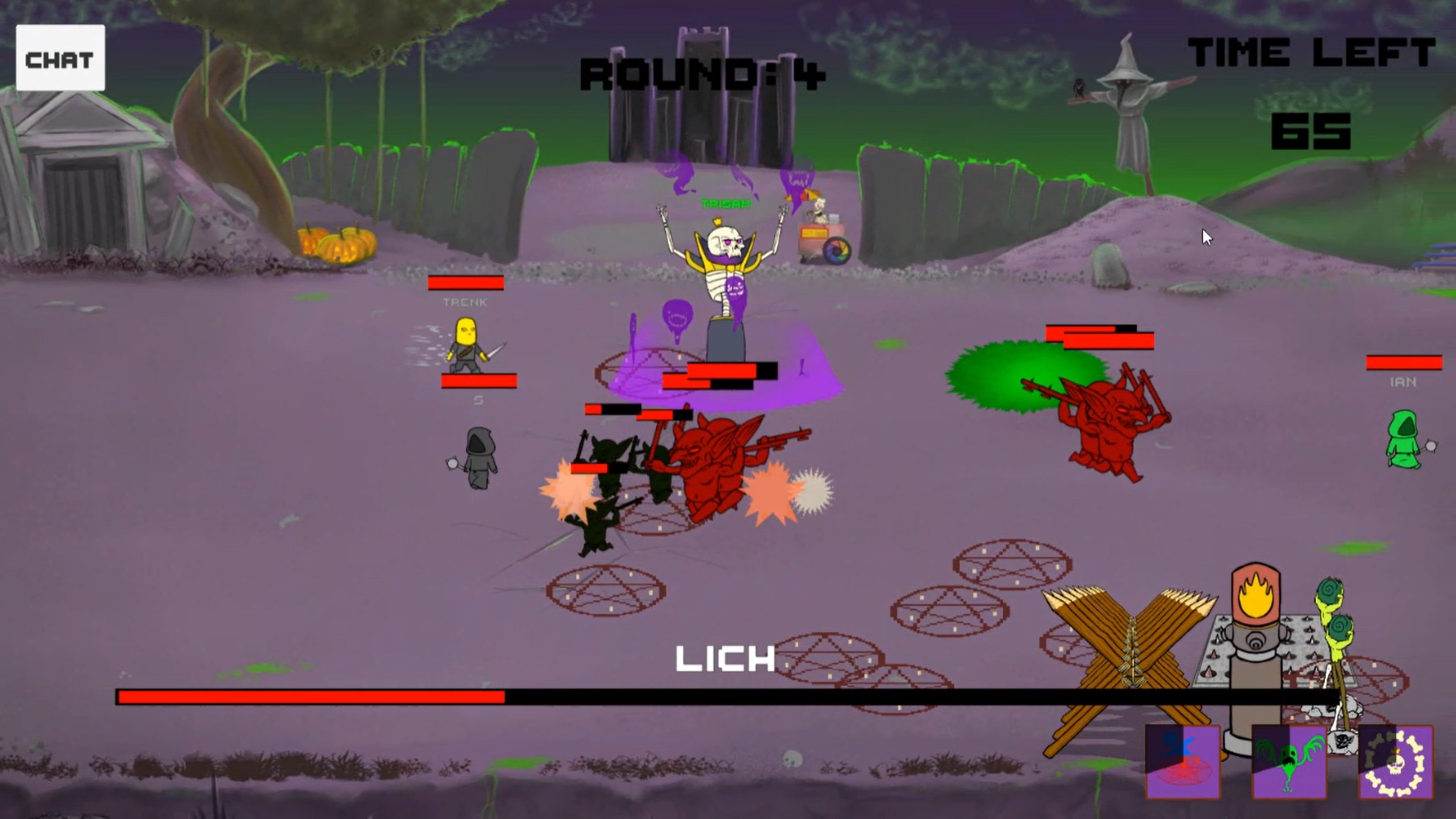