Here is a quick update of what things look like and where we are at with features and functionality. Currently we are undergoing some basic bug fixing and check code as well as a final possible feature.

We took several requests from our testers and finally got a few features working. There are now 10 Rotating Backgrounds which are all sourced from Medal of Honor Artwork. Windowed Mode was an addition we never had planned, but it seemed logical, so you can play the game while being able to see other things on Desktop. Applied Settings are now saved on close of application, this was missing for a very long time, and that is now working. This was something we thought would take a long time, but actually came together quickly. 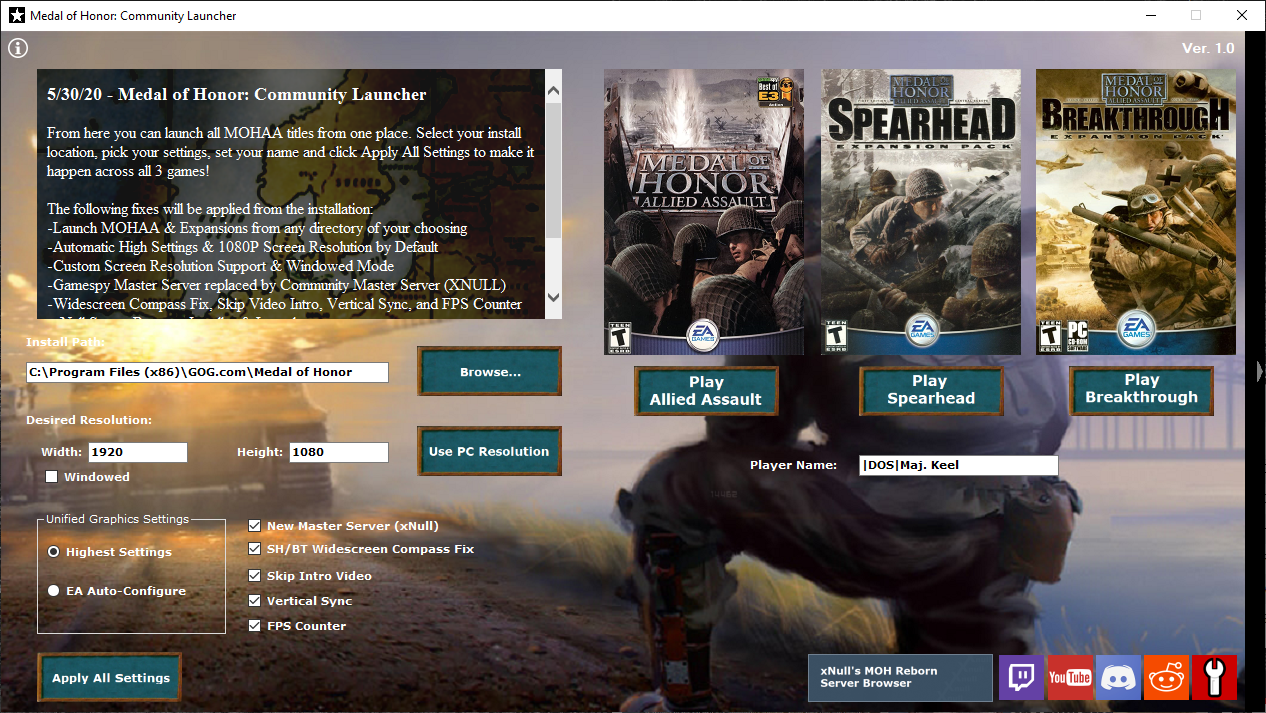 A credits screen has been added, clickable from the upper left corner. This gives Thanks to everyone who is helping out!

We are hoping to complete the automatic update feature before the launch of the tool on the 30th. It has not been decided if we should push the launch out, or just launch this tool in beta if that feature is non functional.

Thanks, we keep on truckin'