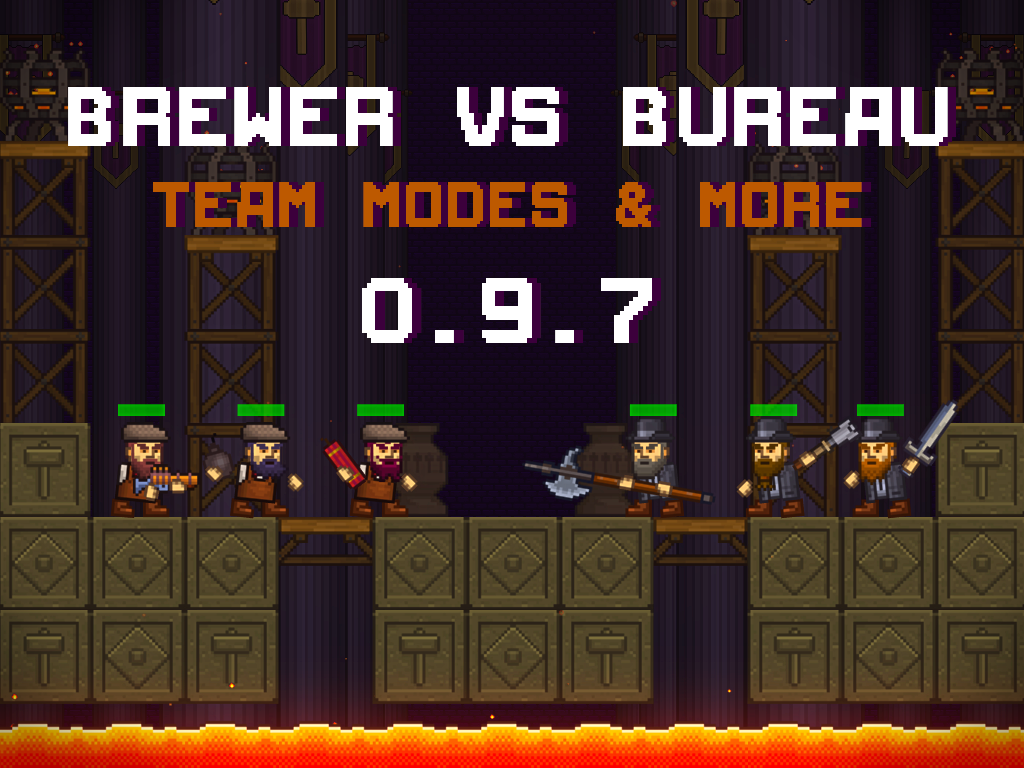 Dwarven Brawl Bros v0.9.7 is now live, including new team game modes, other content, fixes, and more! You can get it on Steam and Desura.

These game modes are: 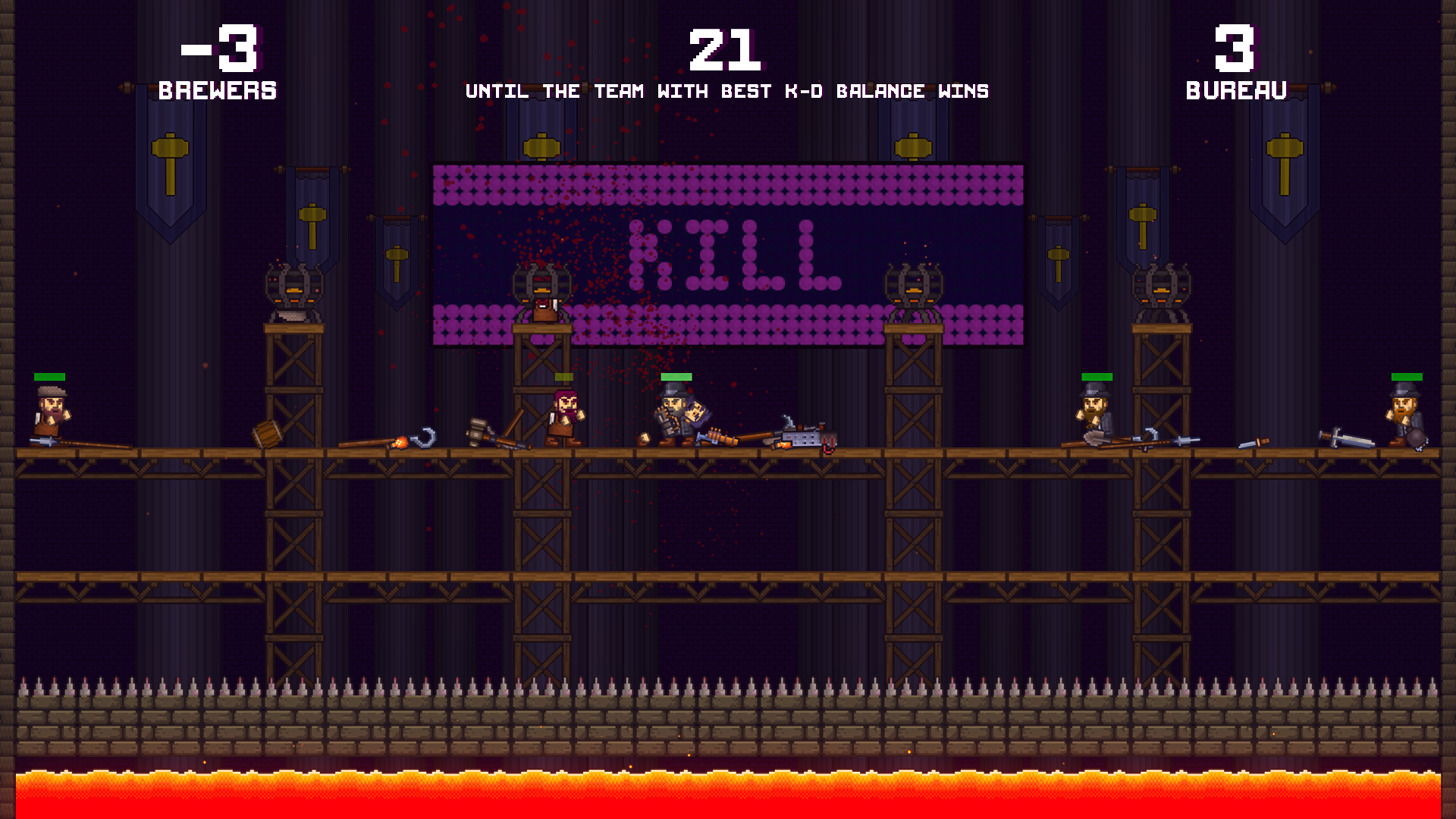 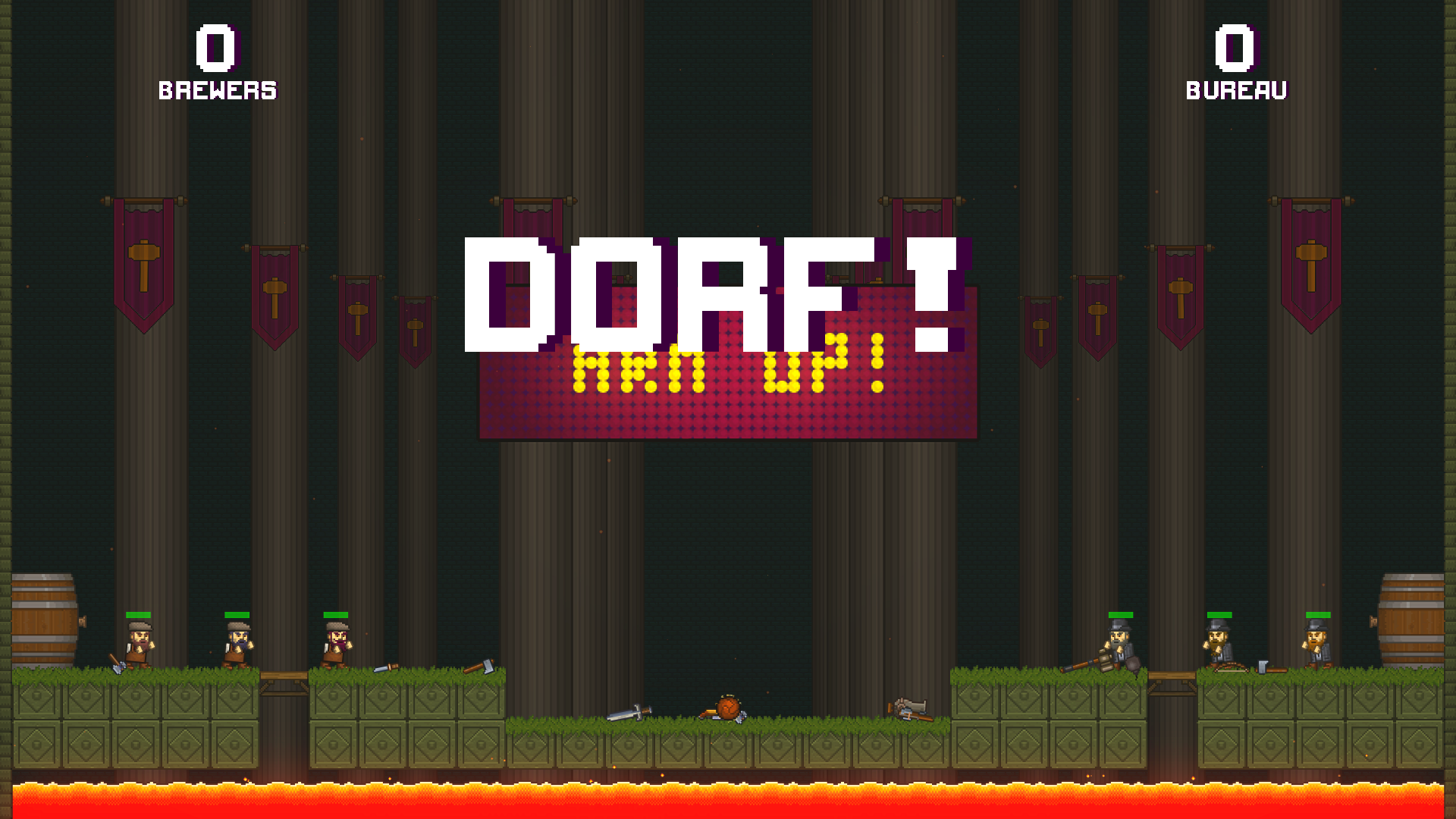 Also, new outfits, for team modes, were created to recognize your allies and opposing team members: 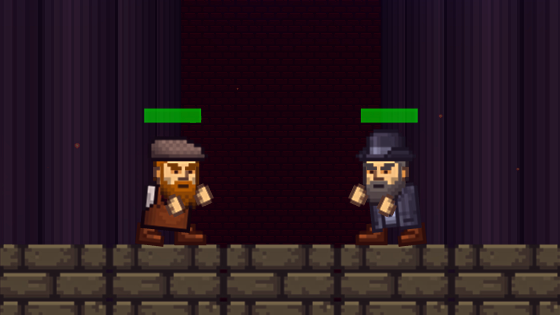 Bar Fight, a "spiced" all-vs-all game mode, was also included in this update. It is an unarmed-only mode with doubled knockback and slower movement speed. 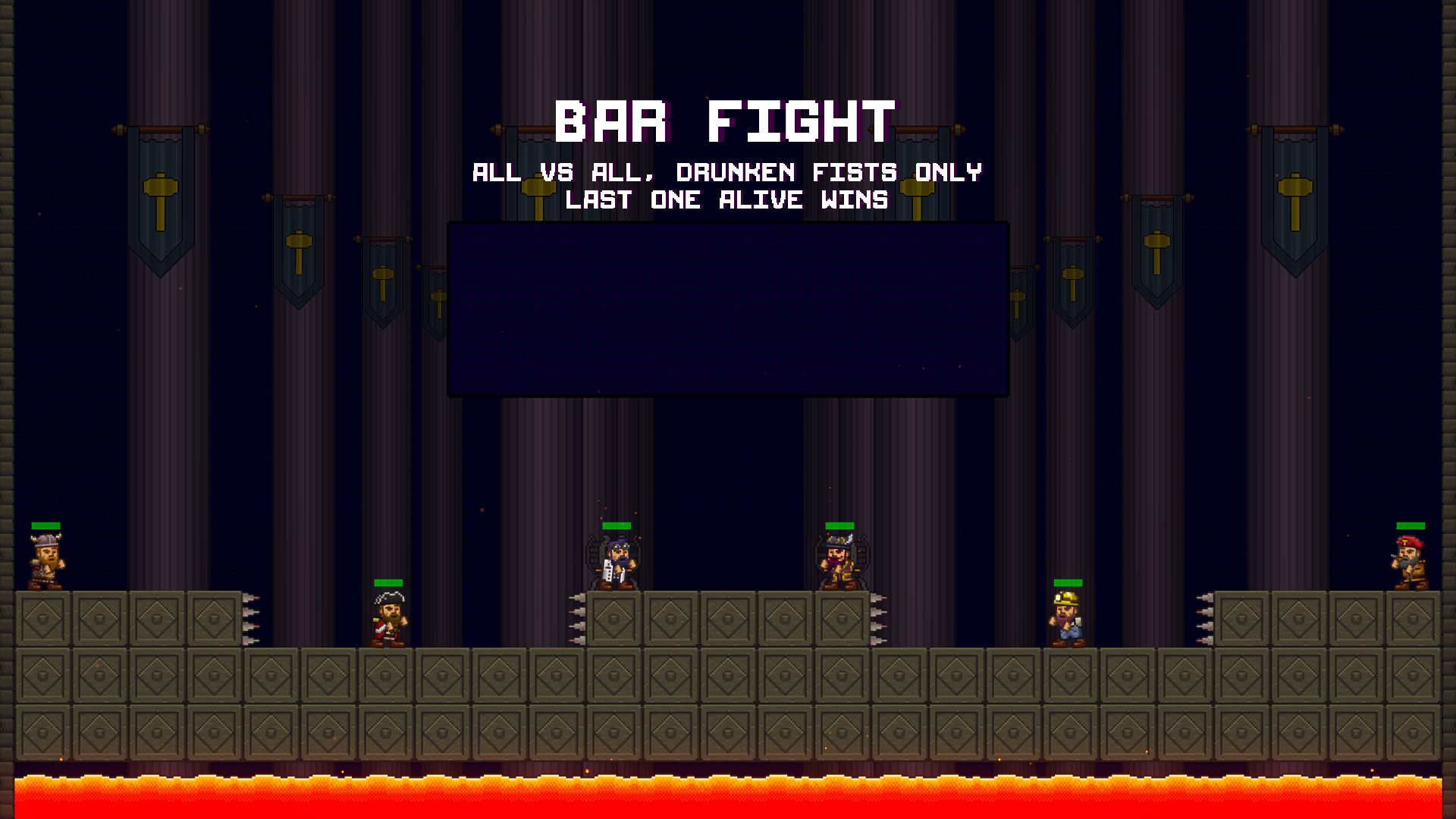 Other fixes and balancing

Numerous other fixes were applied in this update as well. The full changelog and details can be found here: Blog.dwarvesmightfly.com

Something very special is coming for the next update, v0.9.8, ready in a week or so. It might be something for you lone wolfs out there (not quite yet)! Cheers!