Breakers Yard added perks (permanent upgrades) just in time for Boston FIG last week. Have you tried them out yet?

There have been several updates to Breakers Yard of late, but the coolest by far is the addition of a Perks system (which was ready just in time for Boston FIG)! Unlike the nine weapons which are tied to ammo, the perks give you permanent upgrades that stay with your throughout your play-through.

For now there are only three relatively simple perks: Increased ammo capacity, an additional heart for your health bar, and a speed boost. I have tons of ideas for more upgrades though, so be on the lookout for more!

In addition, the last few builds have brought numerous bug fixes and a bunch of optimizations, so check out the latest build now: Protophant.com 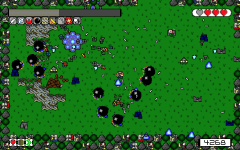 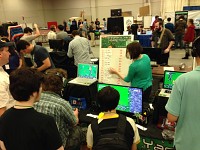